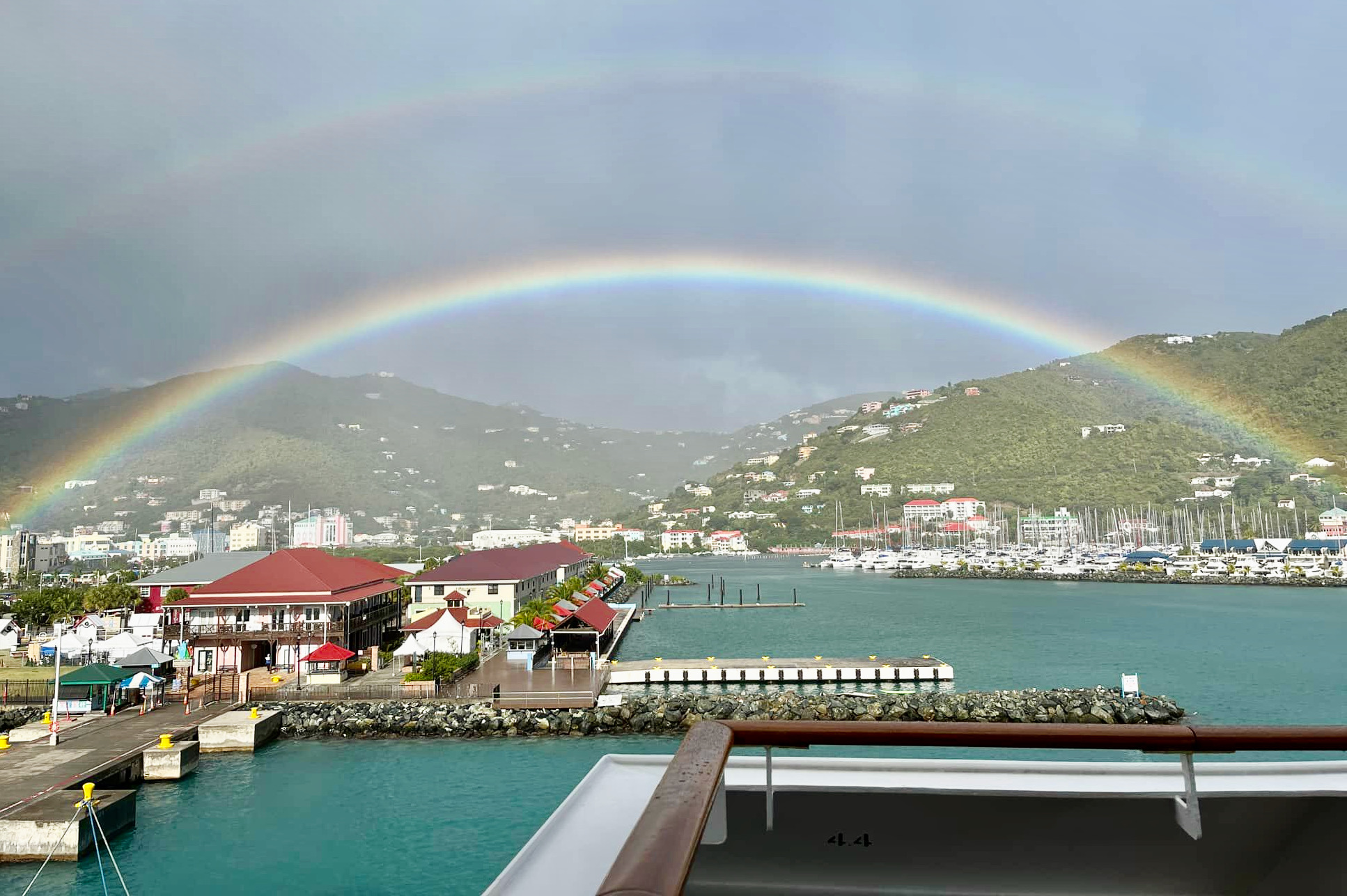 Our first stop on this year’s cruise was Tortola, a beautiful Island in the British West Indies. We were greeted by a lovely rainbow. Photo complement of fellow passenger Karen Robbins. 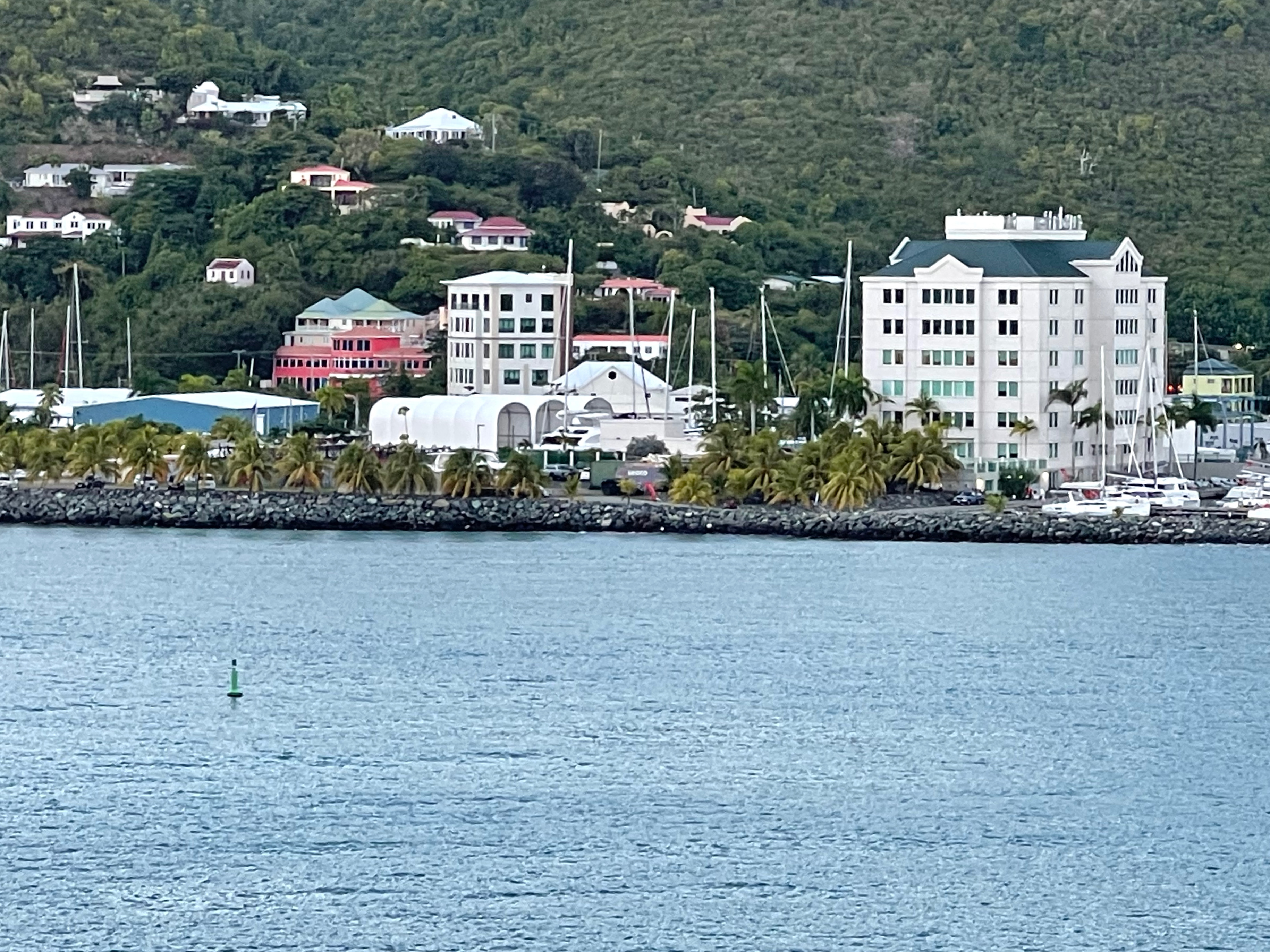 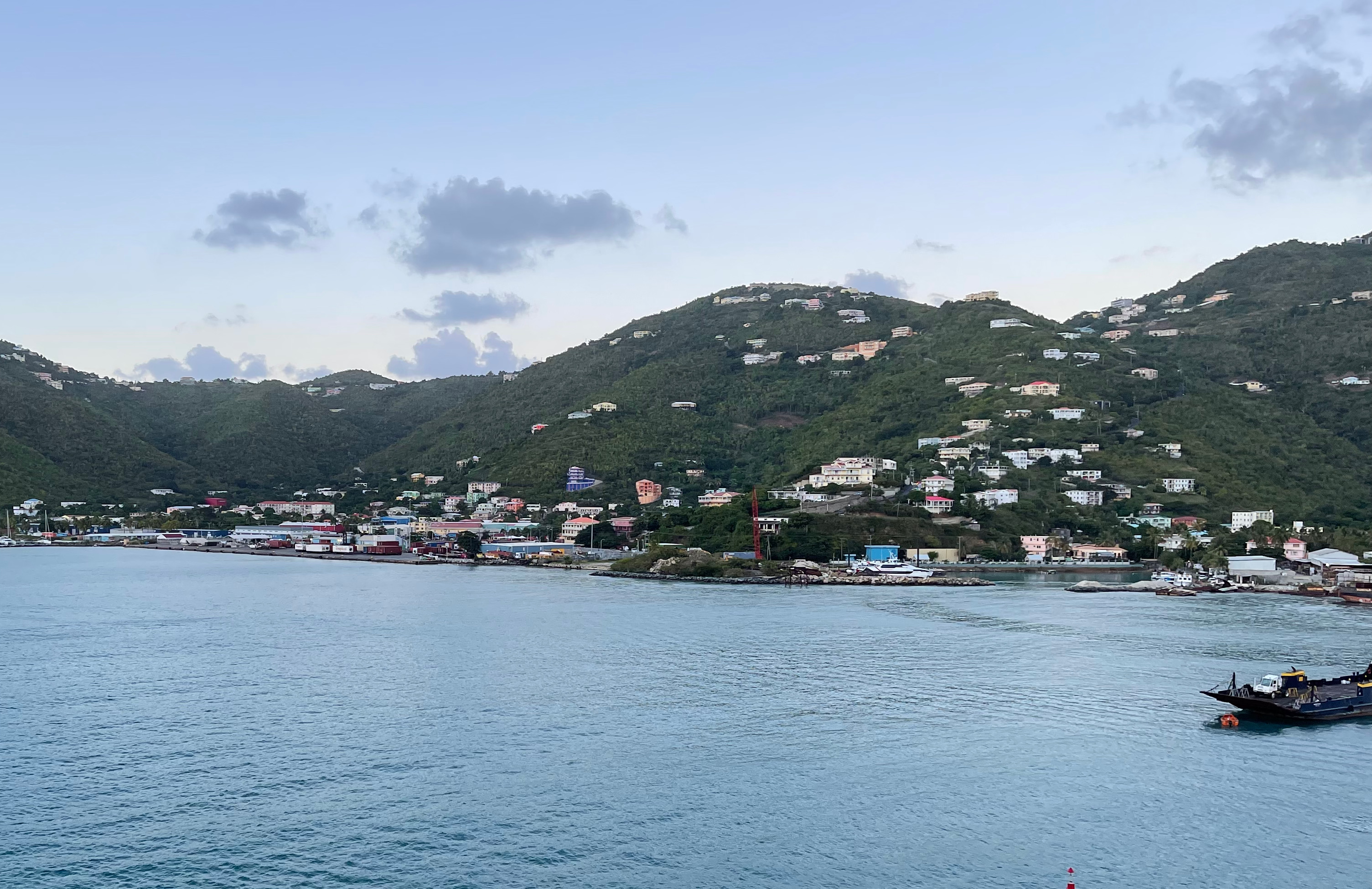 I planned to hike around the town, but those plans were dashed when the BVI health authorities said nobody could leave the ship unless they were on a ship’s tour. 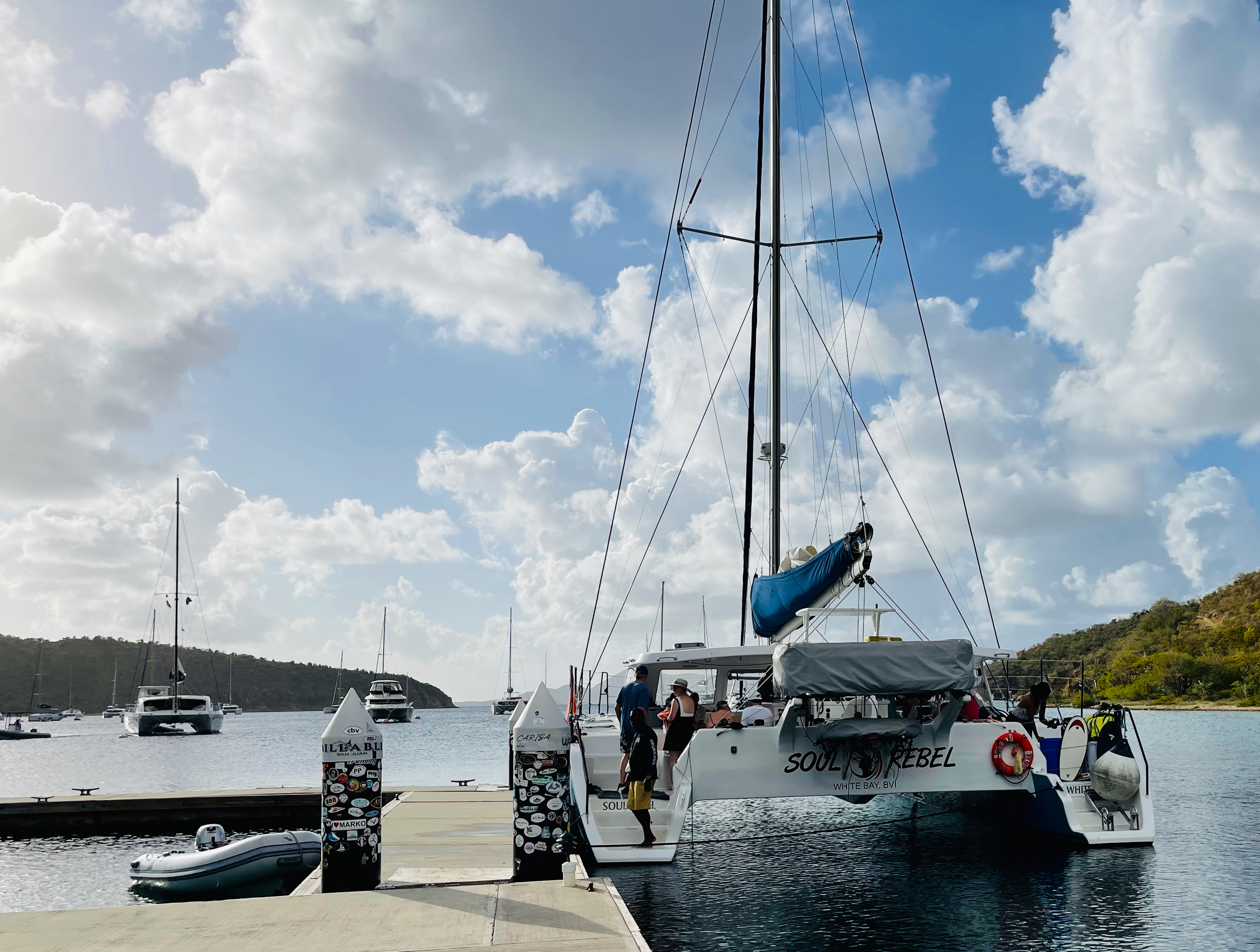 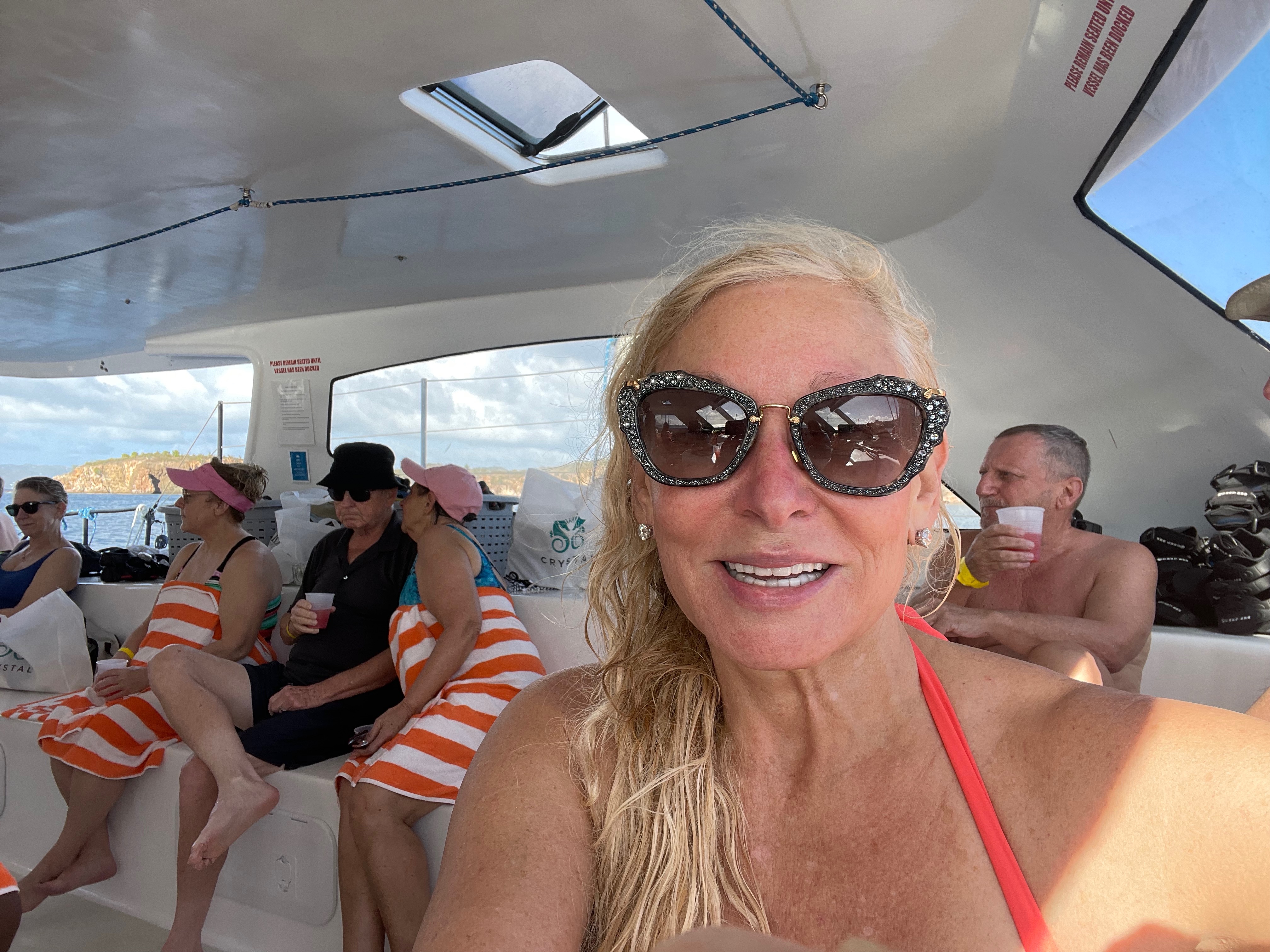 Allyn, on the other hand, had signed up for a snorkel tour. She reports that even the catamaran ride was quite fun. 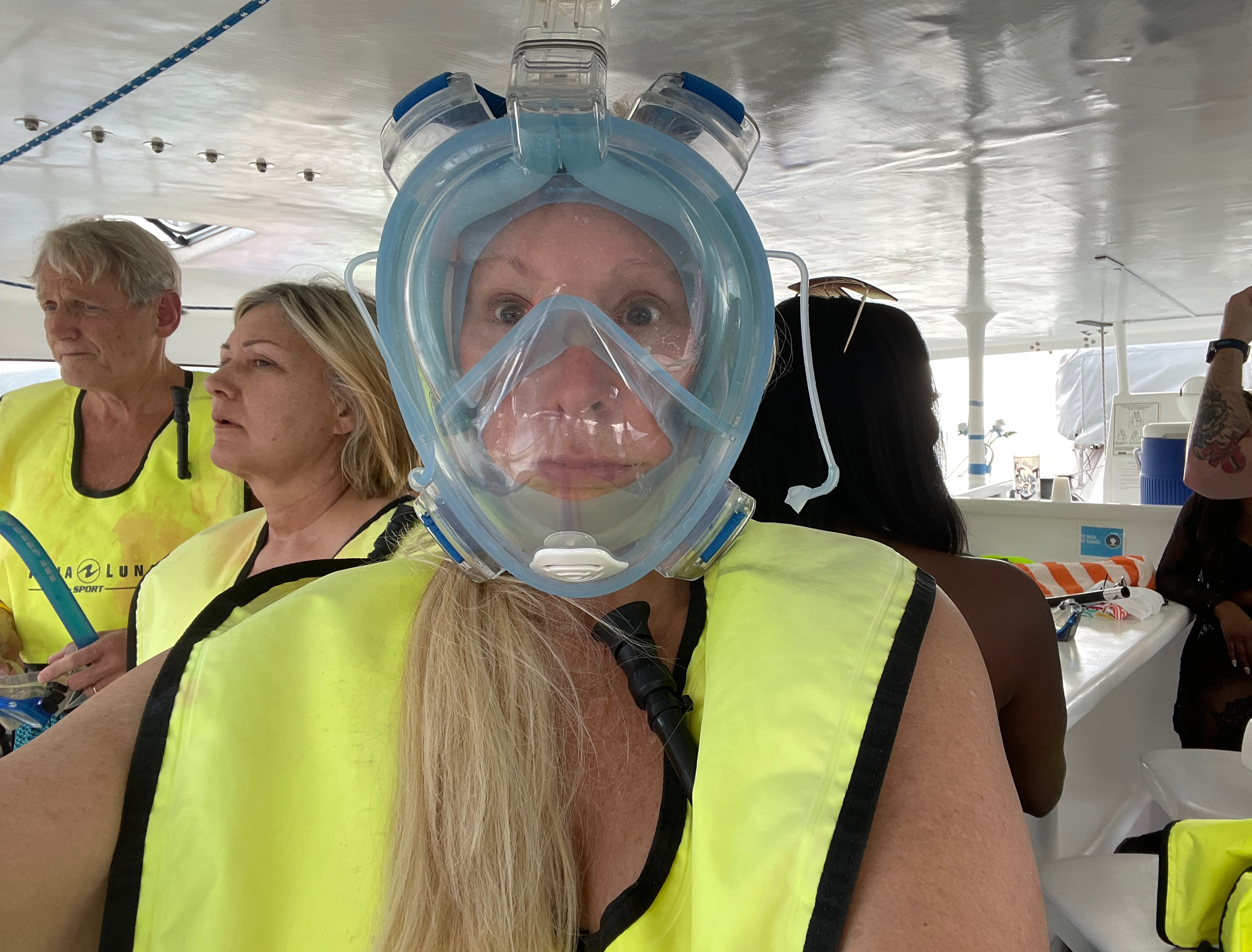 She loves her snorkel gear. These days she feels safer having her own. 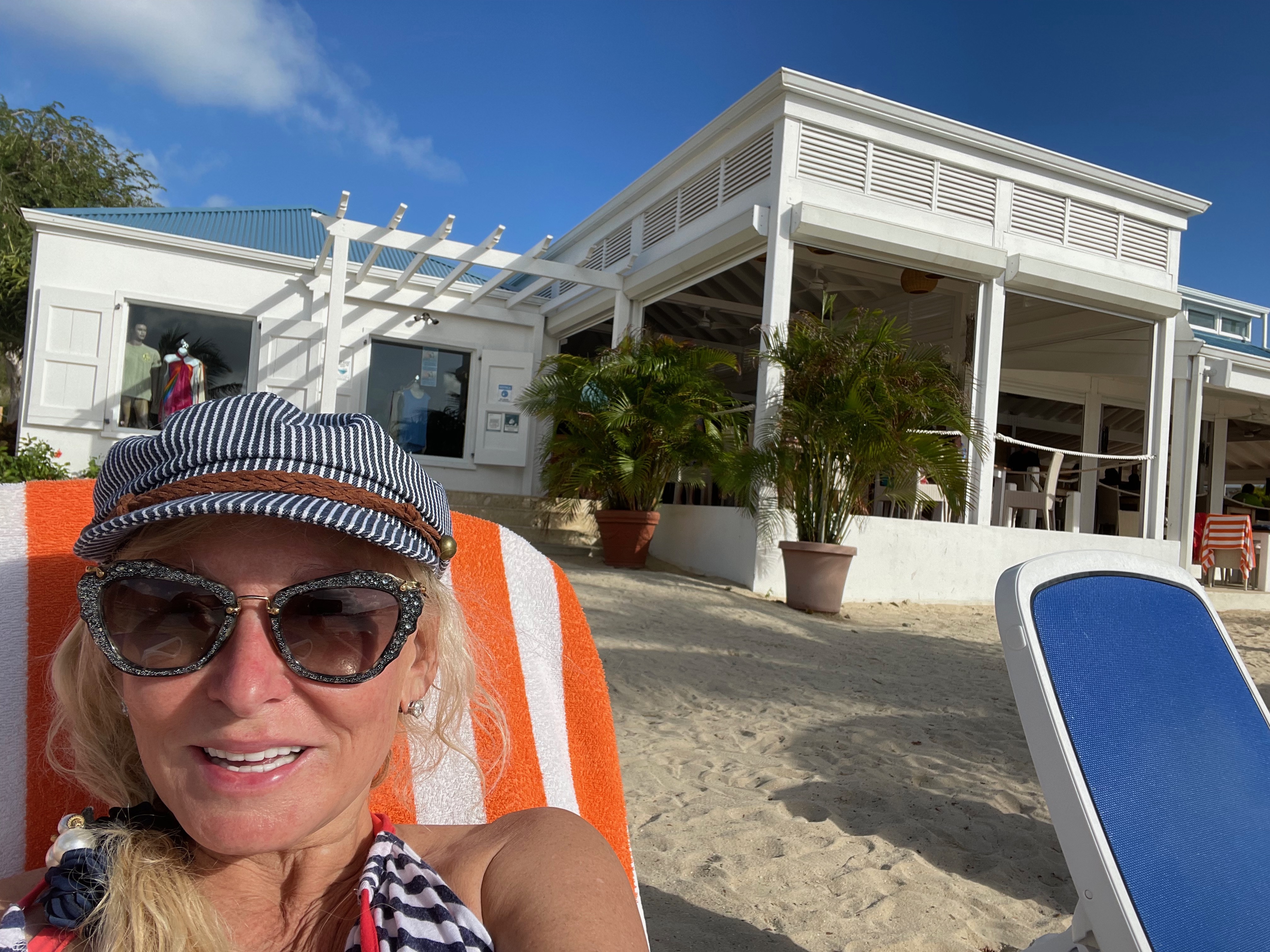 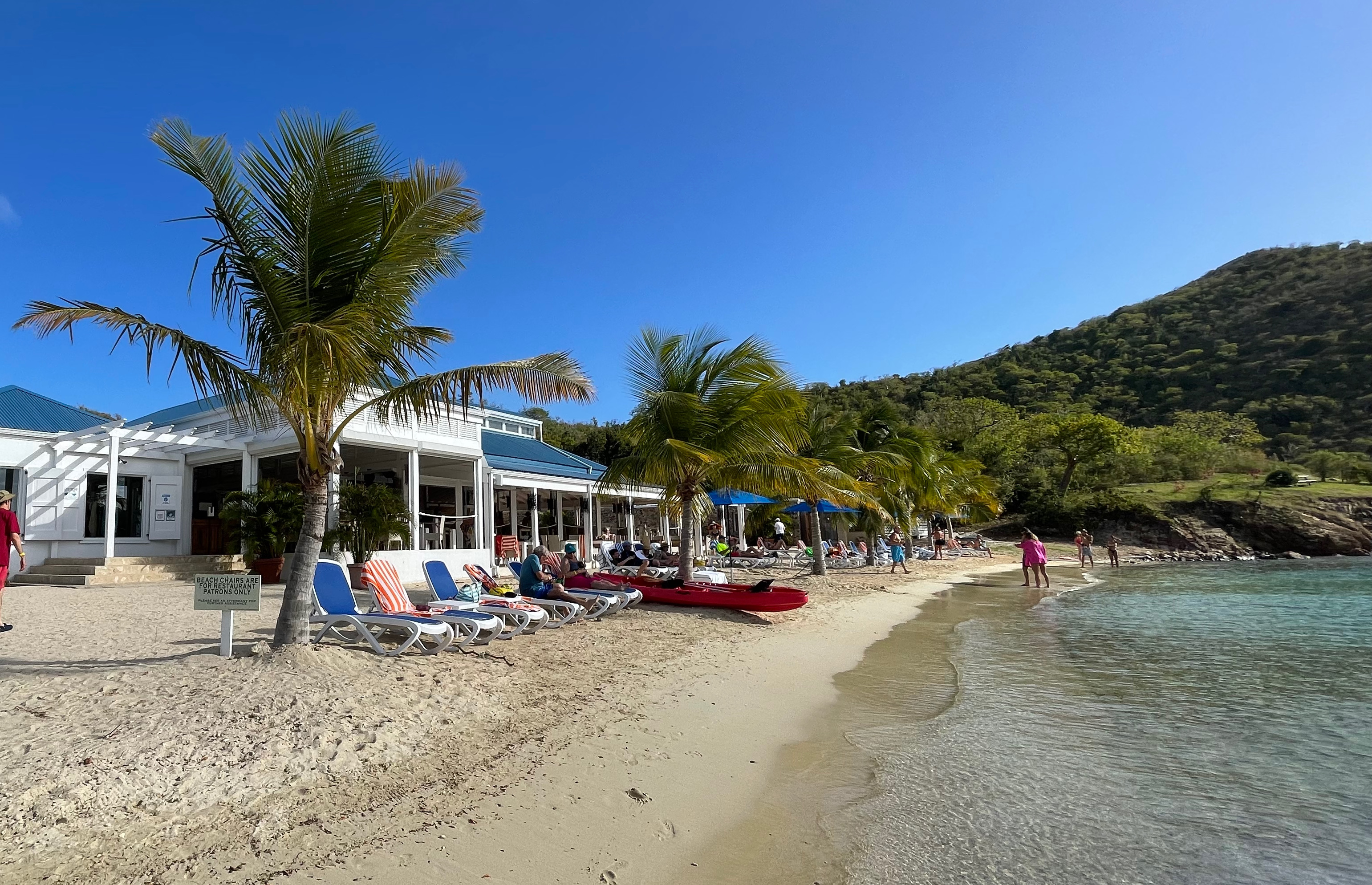 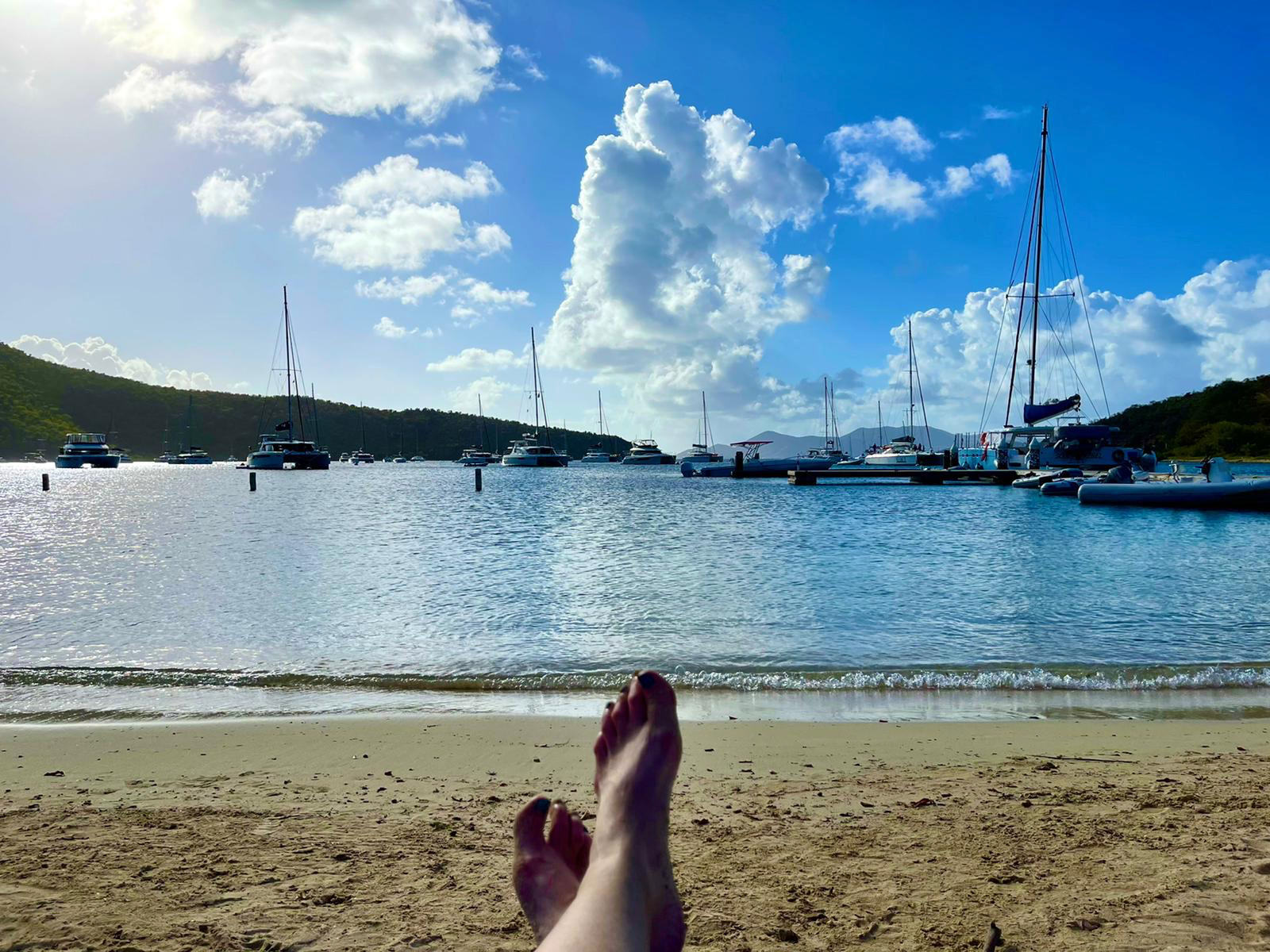 After, they spent time on the beach at Norman Island. It is thought to be where Robert Louis Stevenson was inspired to write Treasure Island.