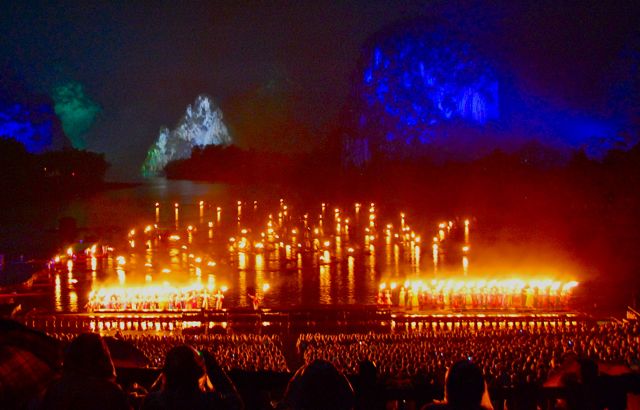 Yangshuo is a tourist town known for beauty and activities during the day.

But everybody goes to the world famous Impressional Sanjie Liu. It was our raison d’être for trekking to Hong Kong and taking this entire side trip (instead of flying directly to Beijing to catch our cruise). 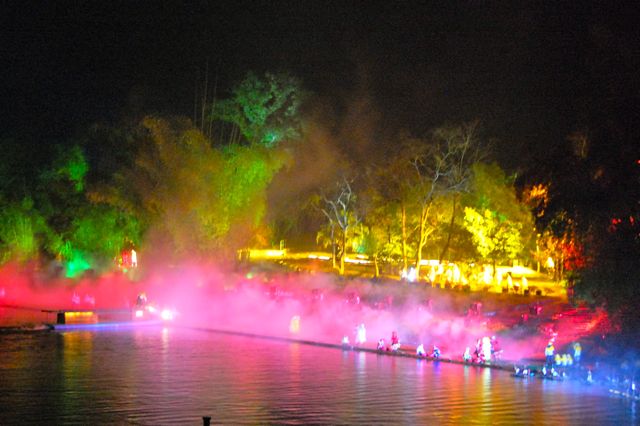 It is the ultimate production extravaganza.  You’ve never seen anything like this. 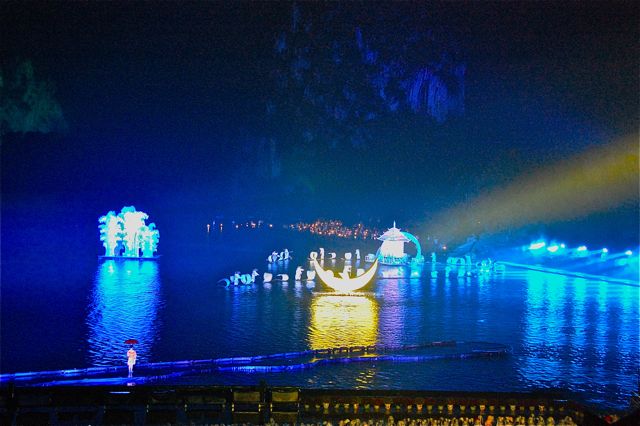 Imagine an outdoor stage production, all on water, with the world’s largest stage (about the size of two football fields side by side), surrounded by 12 famous mountain peaks, with 600 performers and a few thousand guests every night, eleven months a year.

It has been revised 109 times, but now they think they have it down. 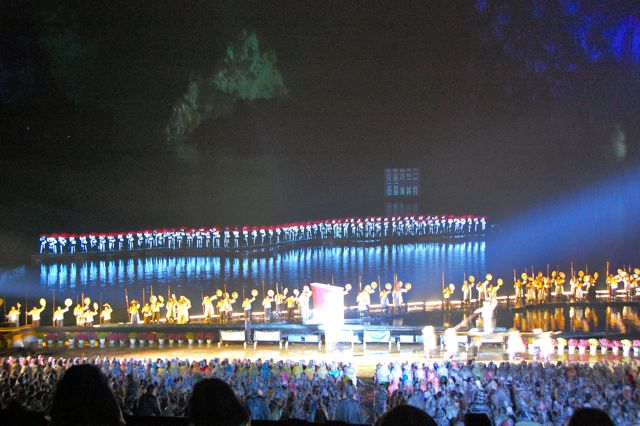 The actors are, for the most part, local farmers. 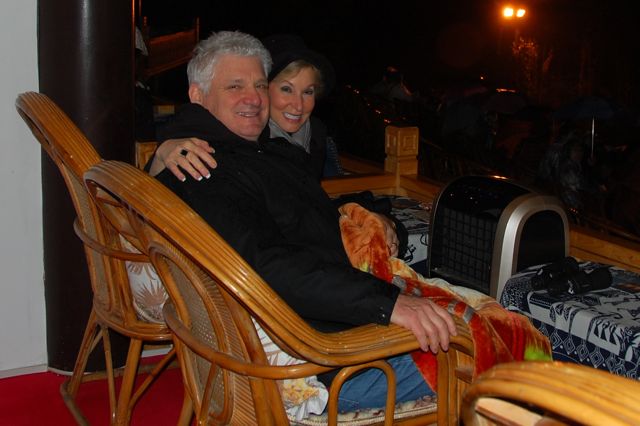 We had some type of seats that reminded me of an owner’s box in a major league stadium. It came complete with blanket, field glasses, food and a heater. The other fans got drenched. 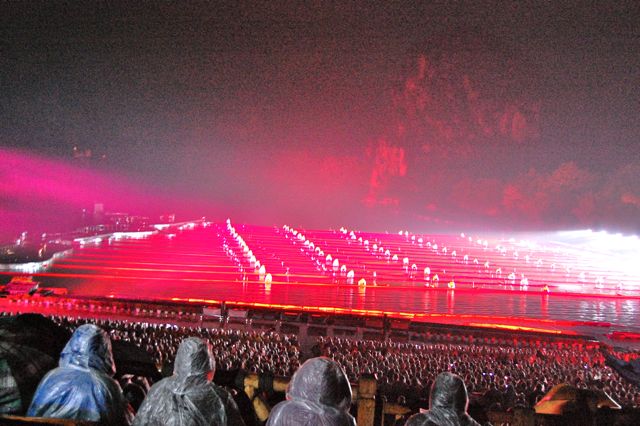