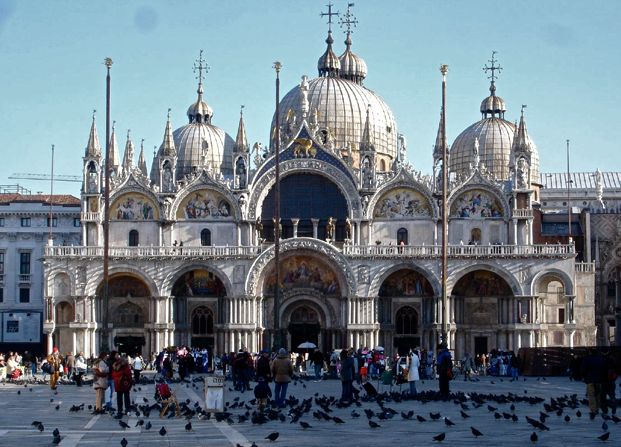 If you want amazing, visit St Mark’s Basilica in Venice. Thousands of people are herded through there daily; no pictures or time to reflect though. If you want truly amazing do as we did. We arranged for a private tour for 14 of us to have the entire run of the church alone last night. 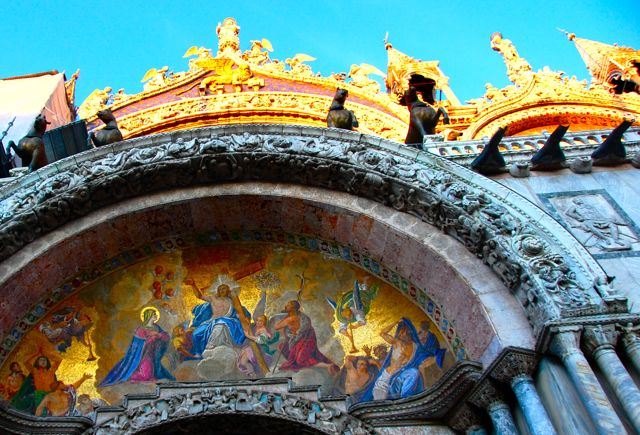 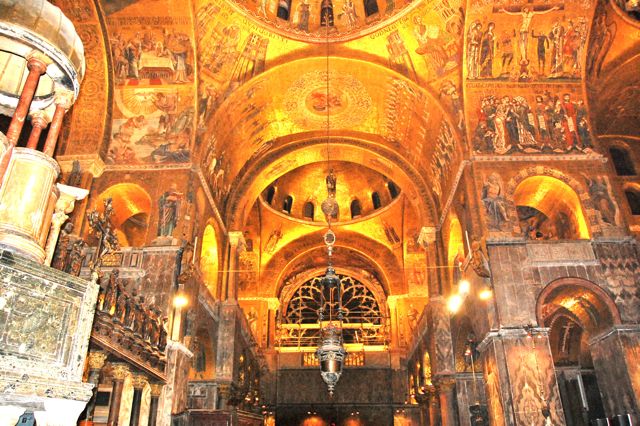 This is the third iteration of the church was consecrated in 1094. It was purposely extremely elaborate to show the Venetian Republics power and wealth. 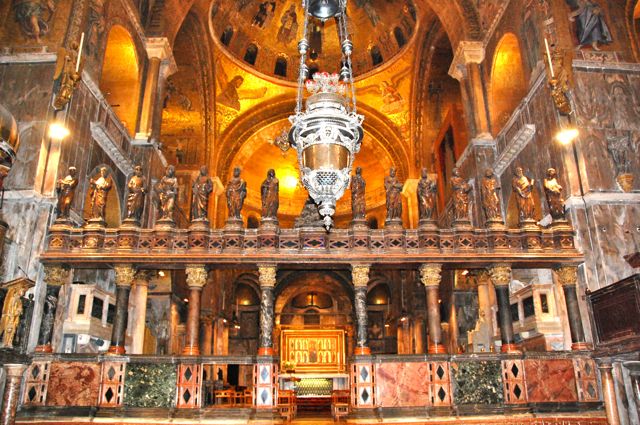 In 1603 when they were rebuilding the basilica, St. Mark’s relics could not be found. Tradition has it that for the 1094 consecration the saint himself revealed the location of his remains by extending an arm from a pillar. Those remains are now in a sarcophagus in the basilica. 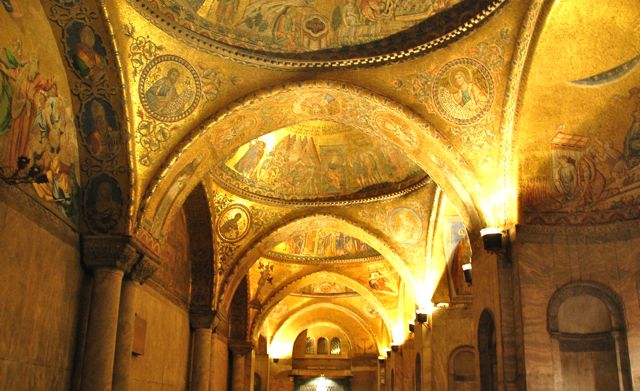 It is one of the best examples of Byzantine architecture and known for its mosaics – more than an acre, if that helps give the awesome magnitude of it all. 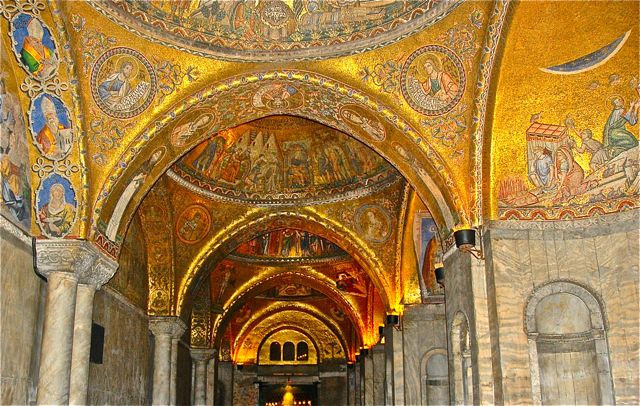 Interior design and artwork tell the story of both the old and new testaments.