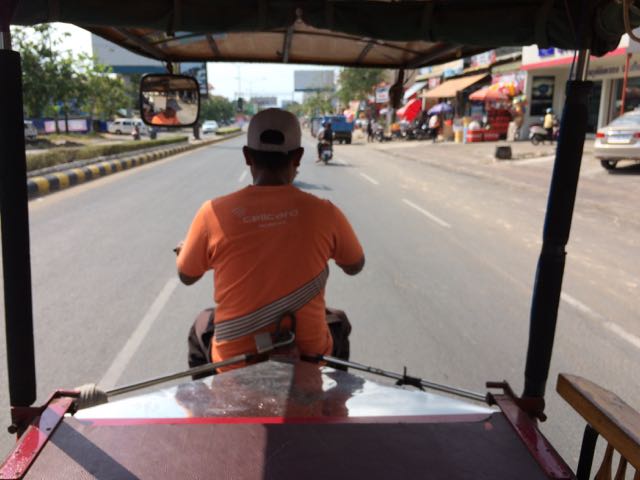 The point of this port stop is as a jump off point to visit the marvelous temples such as Angkor Wat (been there; done that) or the Killing Fields outside of Phnom Penh. 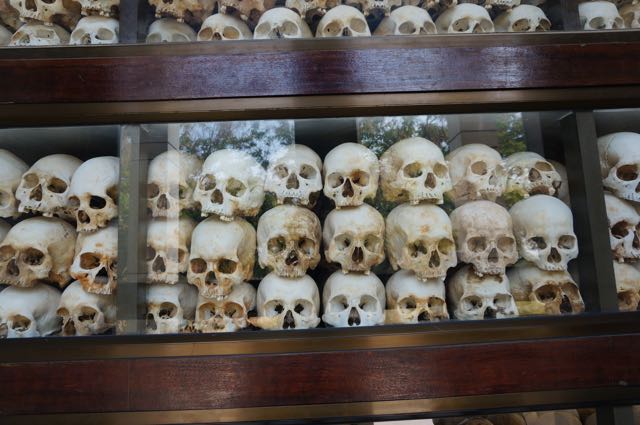 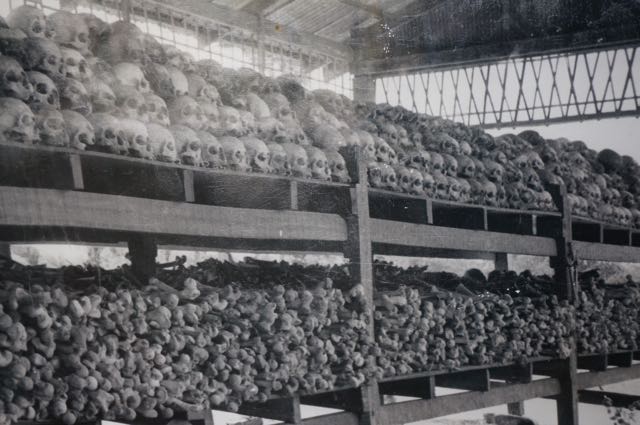 Allyn took the important 12-hour tour to learn about the terrible atrocities of the Khmer Rouge. I went to town, paid $20 for a nice one hour massage (regular was $15 but I sprung for the aroma therapy), and watched the movie on board about the Khmer Rouge. 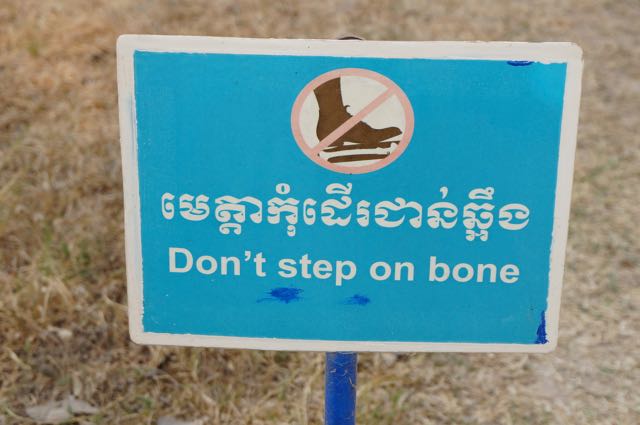 The Khmer Rouge was the communist party in control of Cambodia from 1975 – 1979 led by Pol Pat.

They insisted on absolute agrarian self-sufficiency.

The combined effects of executions, forced labor, malnutrition and poor medical care caused the deaths of about 2,000,000 citizens, roughly 25% of the country.

The world did not say much because they kicked out all journalists. There was no Internet. Yet this wasn’t hundreds of years ago. I was already out of college.