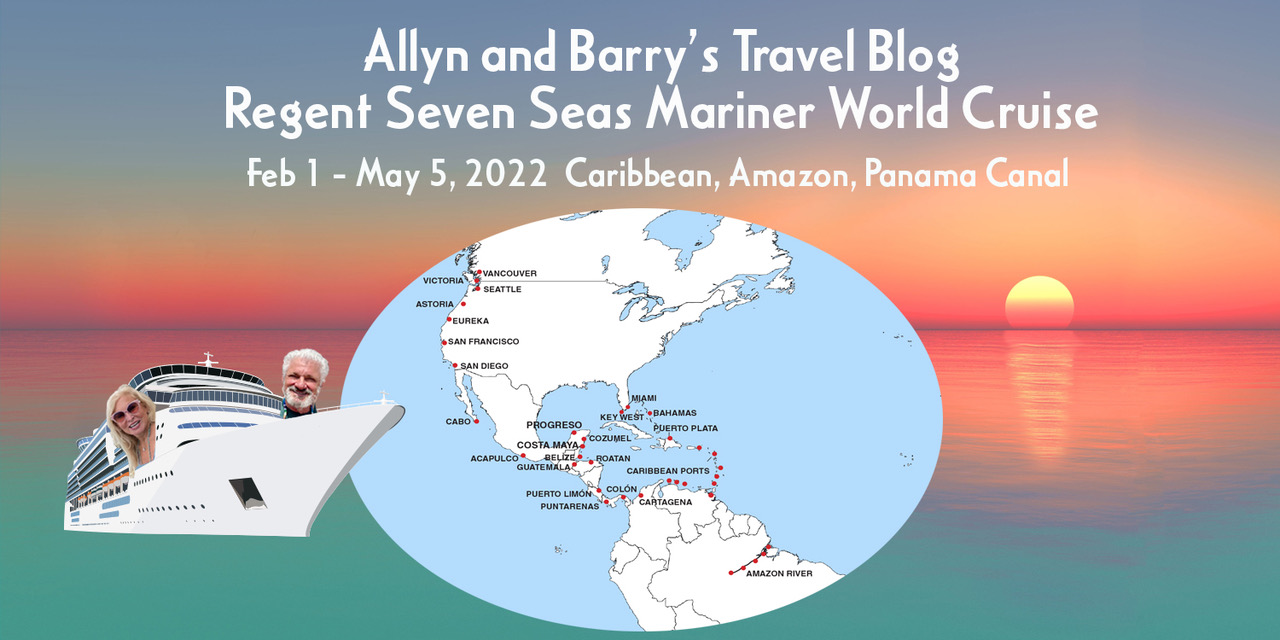 By now people who follow Allyn and me, know that our three-month Grand Voyage on Crystal Serenity was halted abruptly after two weeks when the ship owners said they were out of cash and unceremoniously dropped us off in the Bahamas and we had to ferry to Florida so that their creditors could not seize the ship. 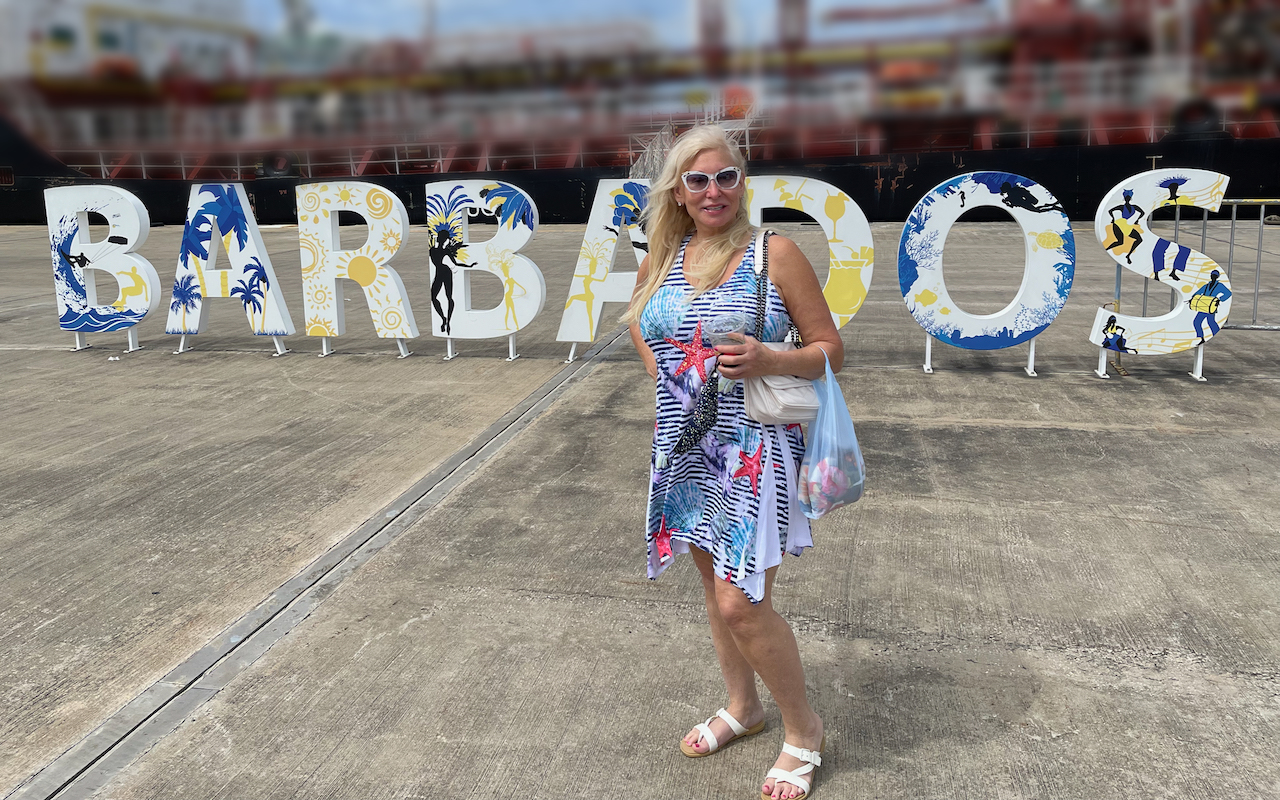 Well, up stepped Regent Cruises who allowed us to join their San Francisco to San Francisco four month cruise in Barbados at a prorated rate. Furthermore, they put us up in Miami for two nights and flew us there. After two days we couldn’t be happier.

About two dozen of us came over and have been treated like royalty by both crew and other passengers. Absolutely everything has been terrific. 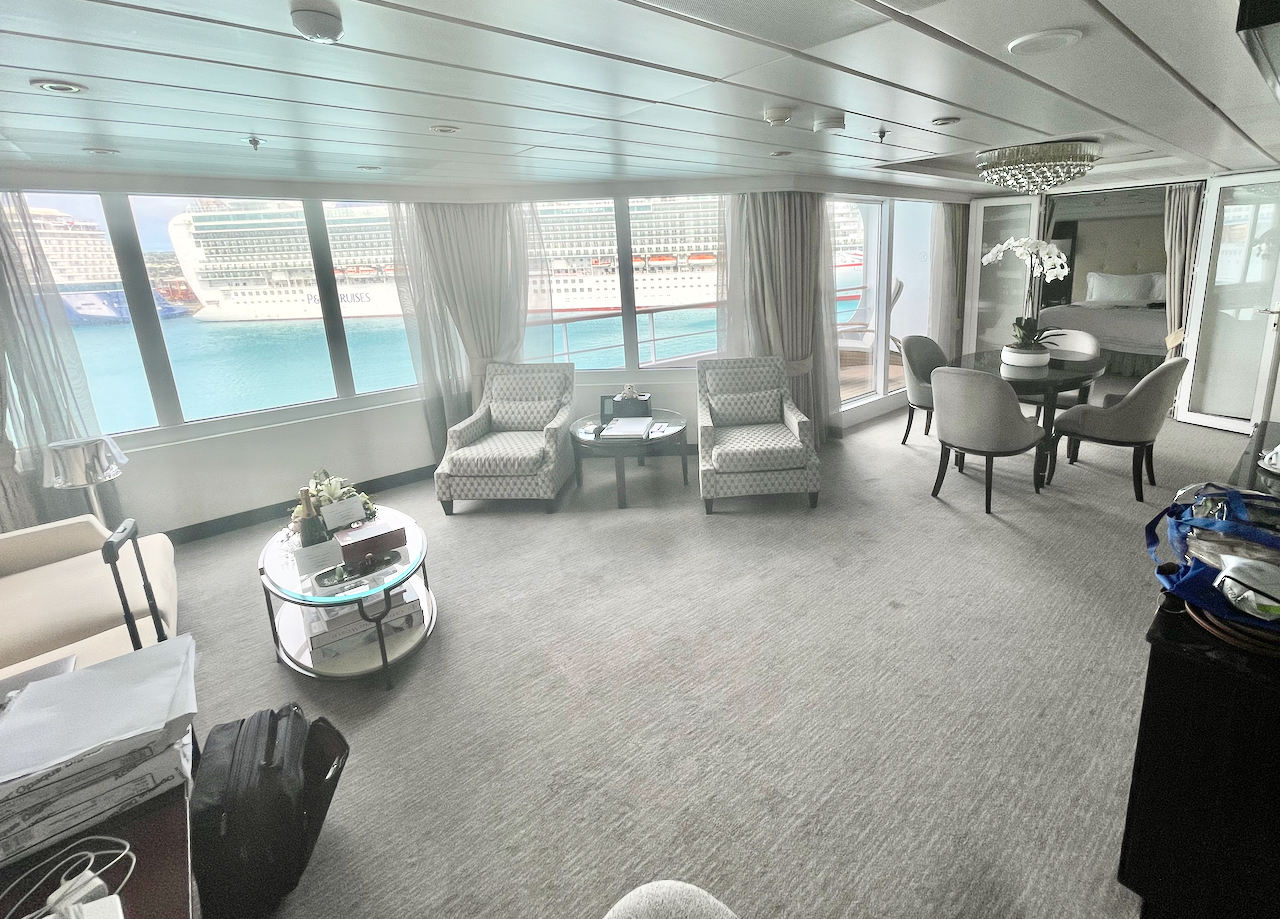 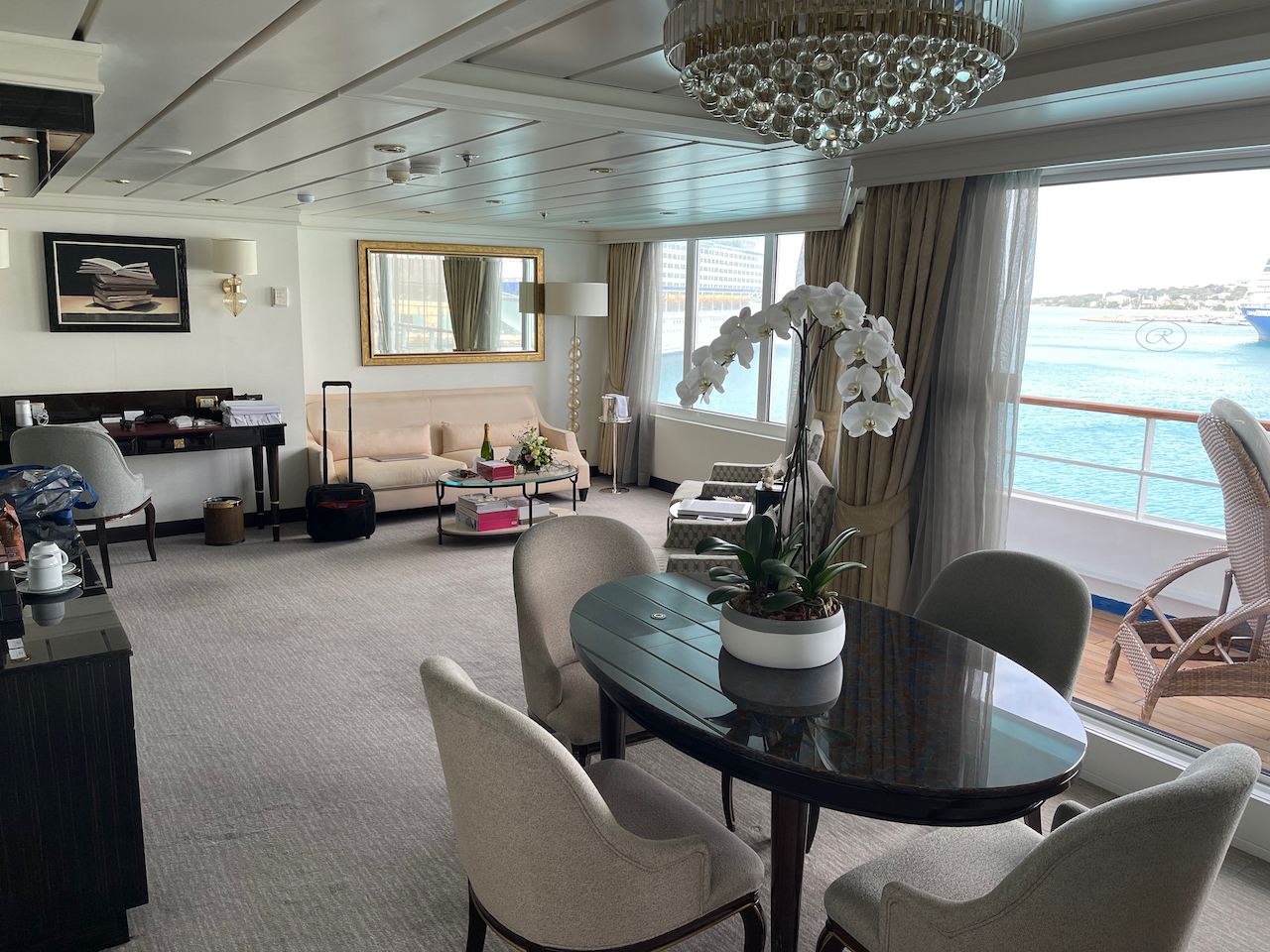 We love our cabin. Actually it is more like a lovely one-bedroom apartment. 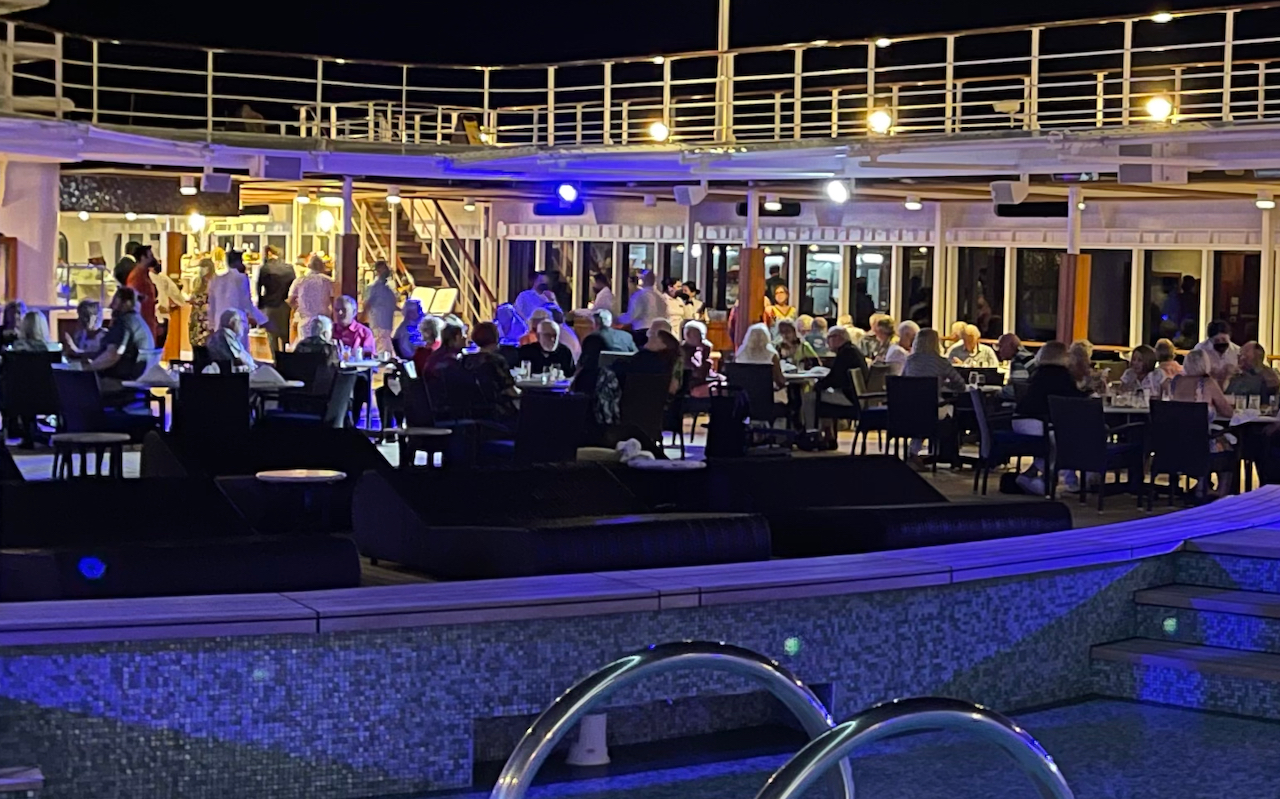 Tonight we availed ourselves of a special treat – Indian food under the stars. After the extremely stressful Crystal ordeal, we are looking forward to a marvelous three months on board the Seven Seas Mariner.