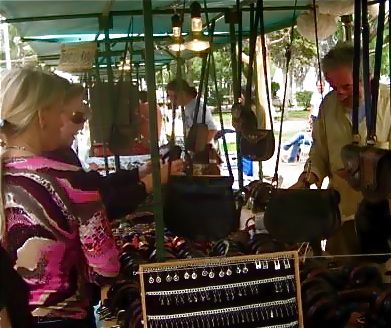 As we continue to head south toward the tip of  South America, we can now start to feel the climate get cooler. We are now about half way down Argentina, which is the Southernmost country on the East side of South America.

Today was spent in Puerto Madryn, often used as a dropping off point for Patagonia nature type touring. We opted to stay in town because the tours were full-day tours. We will be happily inundated with beauty and wildlife throughout the next ten days.

We purchased a couple very nice leather belts and a purse from a local artisan. I was agonizing over whether to go for the brown or black belt, until I learned that they were only $10 each. 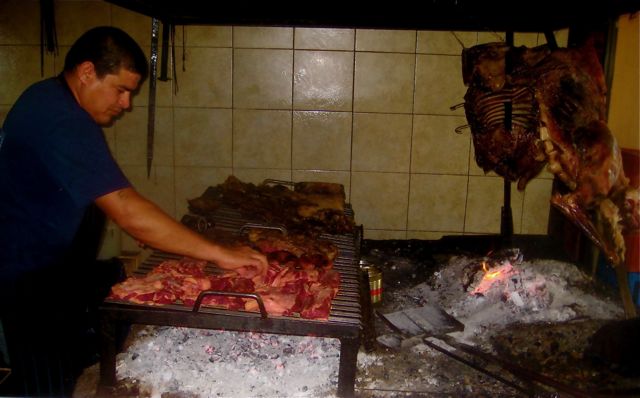 We had lunch right across the street from the ocean at La Casona Del Golfo, a terrific authentic Argentina barbeque buffet. I actually thought it was a local seafood buffet, and had consumed a full plate. Then, I realized there was an entirely different included section of barbecued steaks, chops and other meats.

I had no choice but to try some meat. It was delicious. Then I had some more.

Tomorrow is a sea day. I have a major commitment in the gym. I will lose weight on every segment of this trip. So far I am one for one.