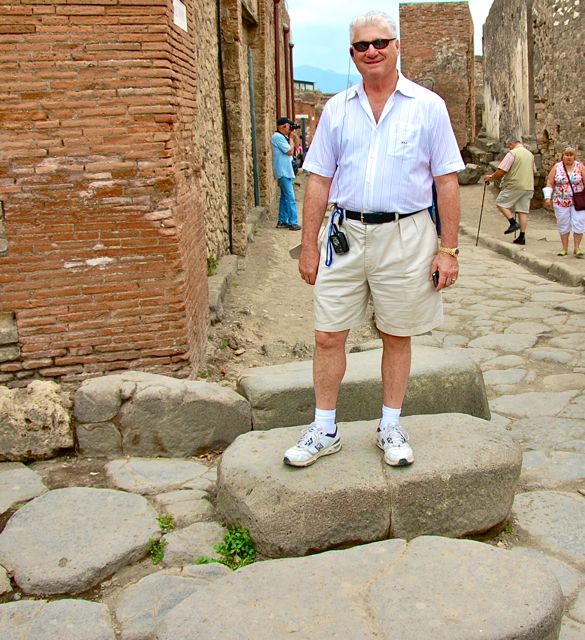 In 79 AD, Mt. Vesuvius erupted. Pompeii (Southern Italy, near Naples) and its 20,000 inhabitants were buried by ash for centuries. They were killed by gas not lava. 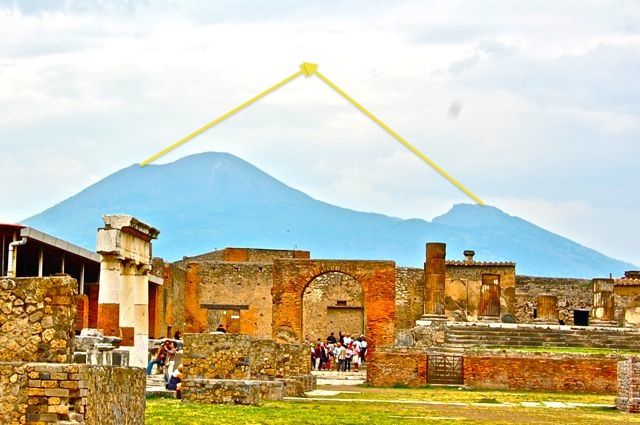 The yellow line on the photo shows the approximate profile of Mt. Vesuvius before the eruption. 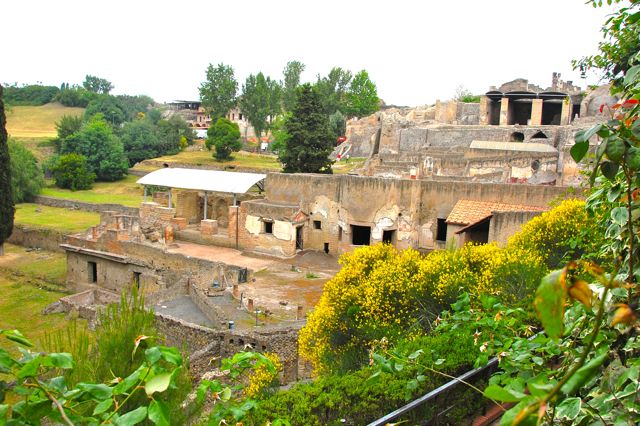 Today (after excavation) it is as if Pompeii was preserved intact, giving tremendous insight into the Roman lifestyle 2,000 years ago. 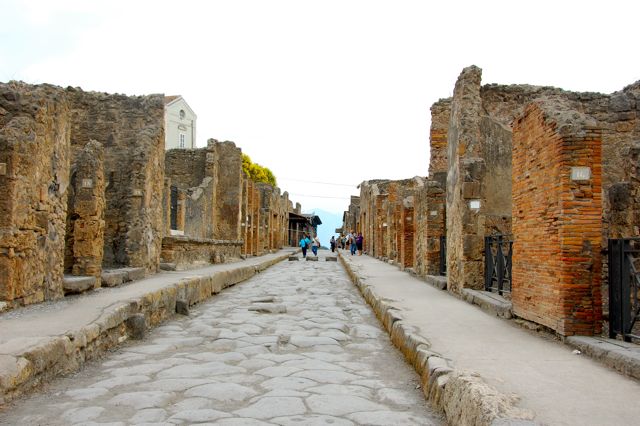 Water, sewage, and garbage flowed though the main street. People were barefoot, which is why they had the large stepping-stones. 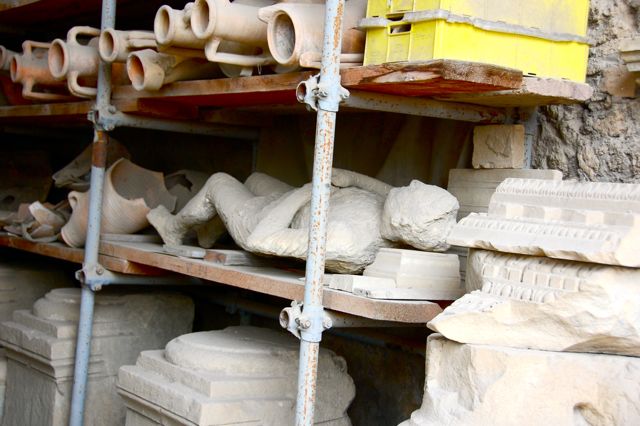 Much of the original pottery was preserved.

The human statues are made from plaster casts, poured into holes their dying shapes formed (their remains dissipated over time). 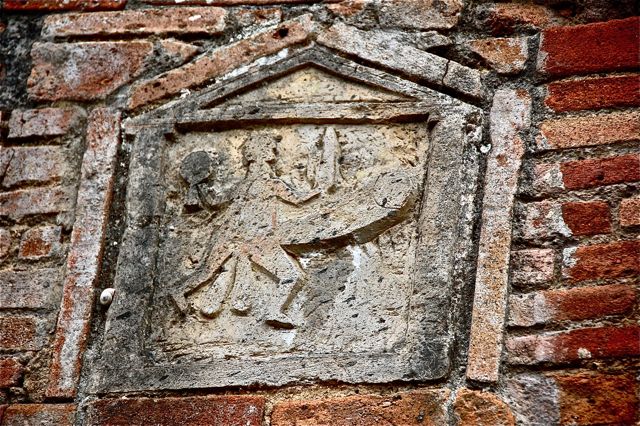 As with any proper city, Pompeii had good directions to the red light district. 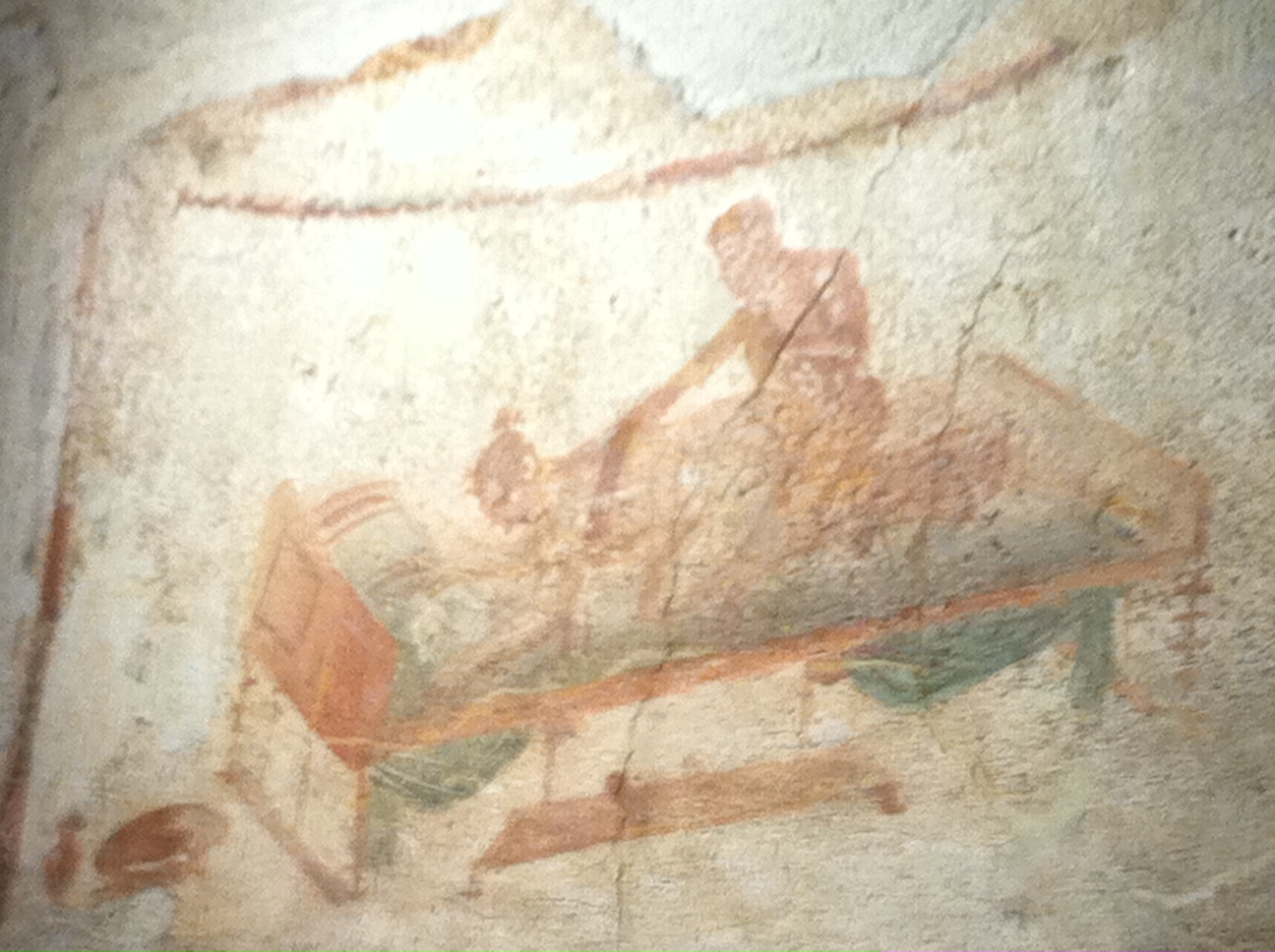 This is one of several frescos in the brothel.

The fresco colors are preserved because they were painted on wet plaster. When painted on a dry wall, they bleach out much quicker.