Today’s stop was Palamos, Spain on the Mediterranean, almost at France.

For years I have been intrigued with Salvador Dali and jumped at the chance to visit the castle he built for his wife, see some of his things, and learn more about him. 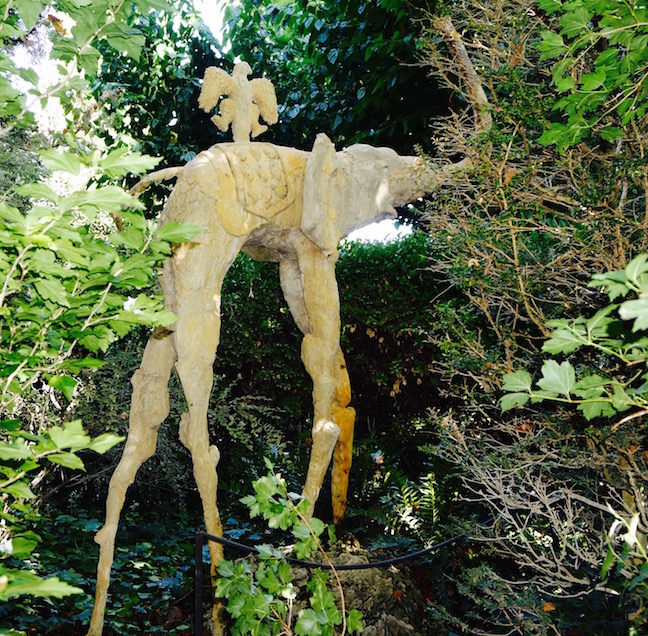 Although the guide was quite terrific, she was not forthright about the ultra-strange relationship he had with his wife, Gala,  – and it is the story.

They met while she was married, and immediately not only dumped her husband but abandoned her child as well. Husband OK. Child, not cool.

To entertain her lovers, his wife, Gala, obliged Dali to give her a castle, part hideaway, part love nest. The artist was not allowed to set foot there unless he had a written invitation from her. And that was when she was already 70. Imagine the earlier years! 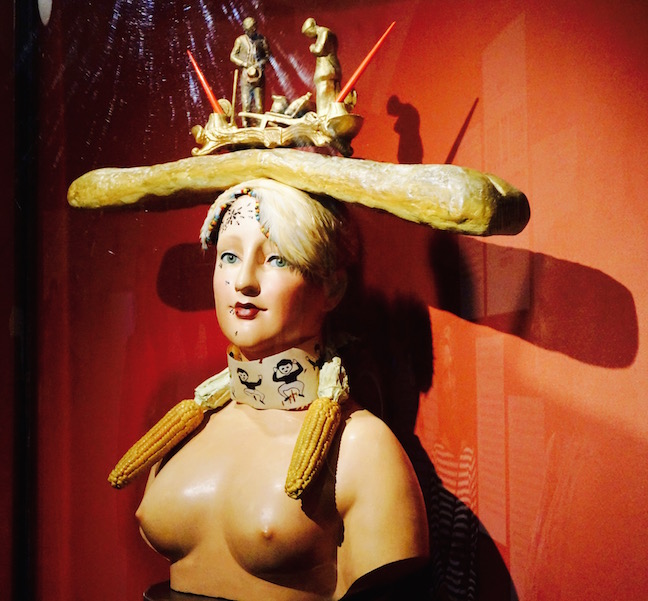 There is so much symbolism on this sculpture that I don’t remember any of it. It must be worth a bunch though, because it had its own elaborate security, way over and above the rest.