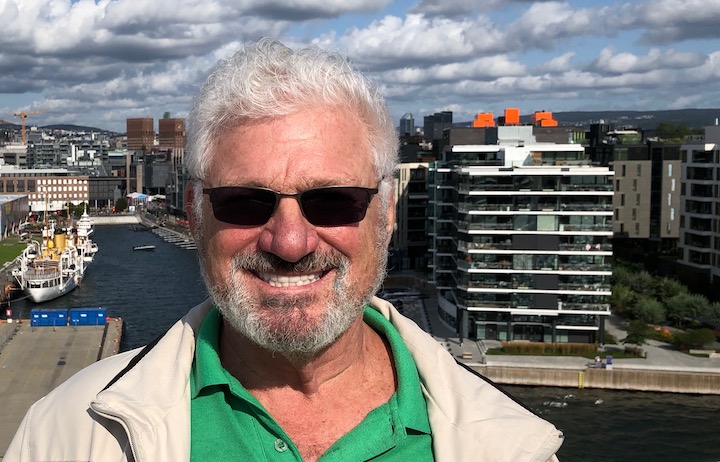 Being sick is the pits. It is nice to be back up and around. It makes one appreciate health even more. 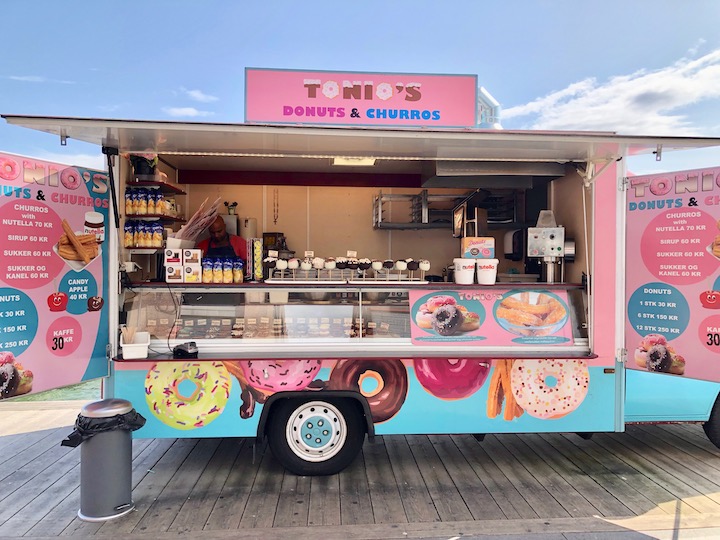 We spent most of the time walking around Oslo’s beautifully revitalized waterfront. It seemed like the entire city was out today.They have such a variety of street food vendors which really jazzes things up. 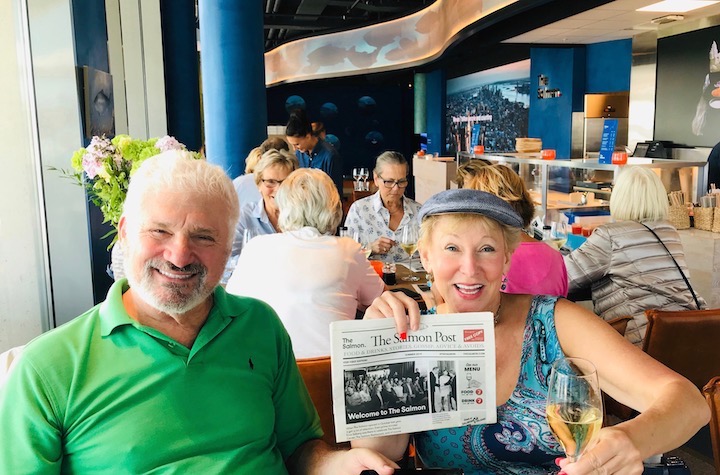 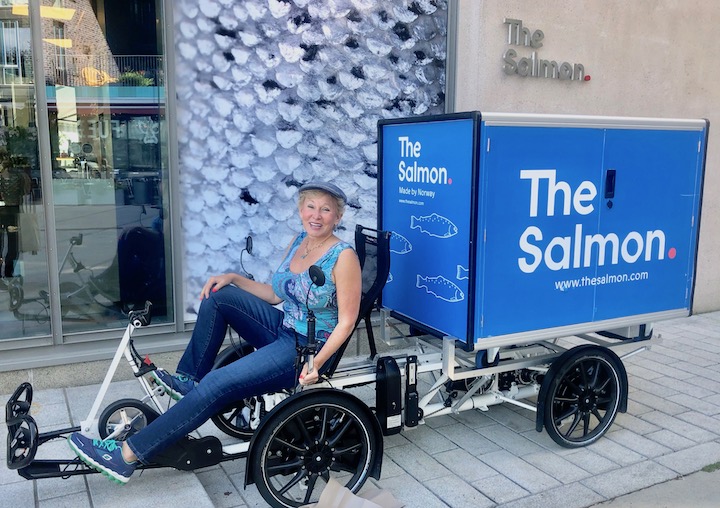 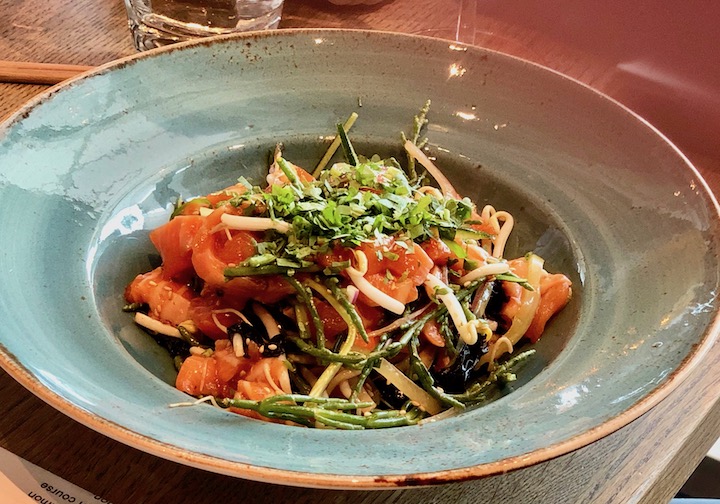 We had the best salmon ever at a place called The Salmon – sushi, salad, appetizers, grilled … It was so good that both of our friends with us who are major fish restauranteurs (Chart House Waikiki and The Original Fish Company in Los Alamitos) are arranging for recipes, sourcing and whatever restaurants do with each other. And these folks search worldwide for the very best product.
Best sashimi ever.
They had a great film on the Norwegian salmon industry. Since 70% of the world is covered with water and only 3% of the food supply it makes lots of sense to devote significant resources in this area. 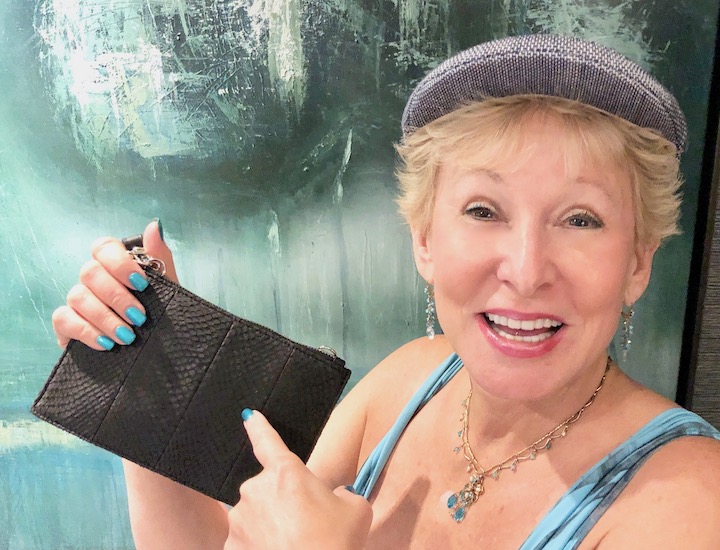 Allyn even bought a salmon skin purse there. I hope she doesn’t accidentally eat it. 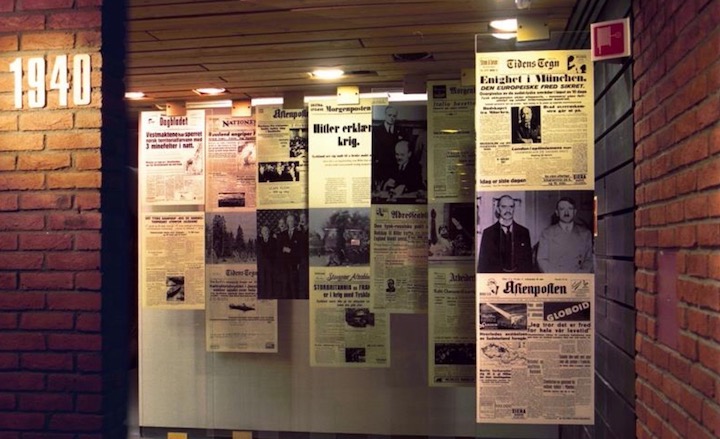 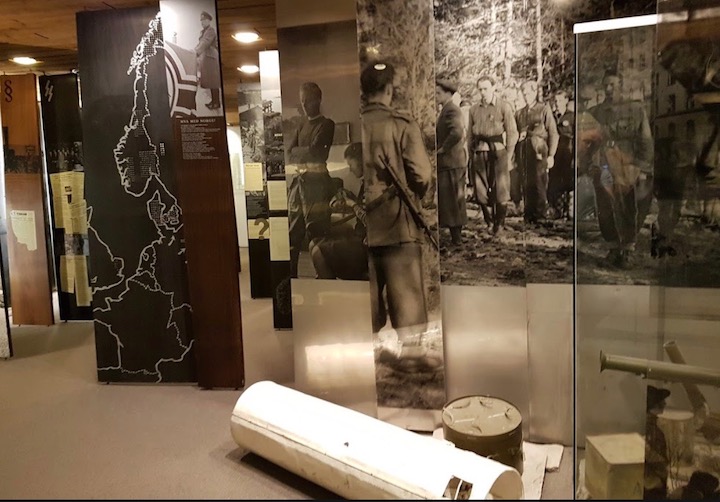 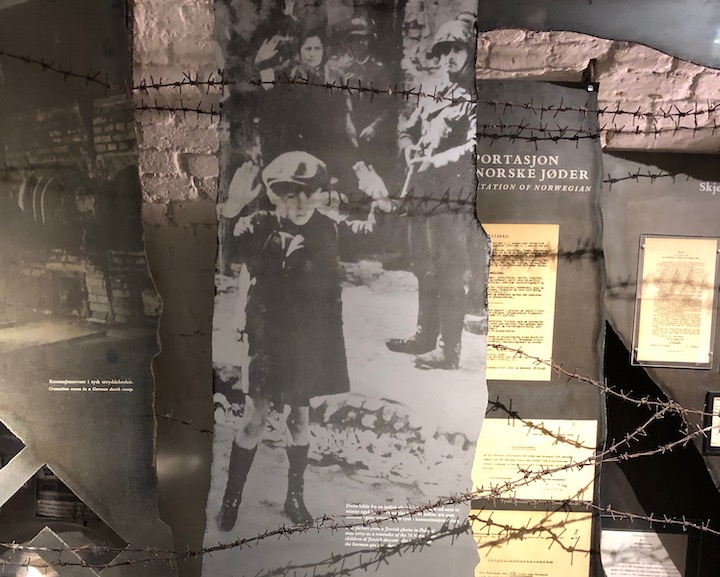 Last time I visited Oslo, their Resistance Museum left such an impact that I just had to return with Allyn. It is fascinating to see the chronicling of German occupation impacting an entire country and the steps folks would go to to try to help the cause.
It is absolutely chilling to see how close the Nazis came to winning.