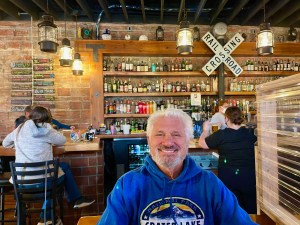 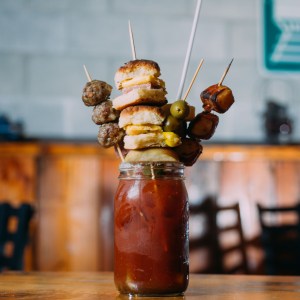 Near the beginning of SR 20 we had lunch in Burlington at the Train Wreck Bar & Grill. They make a mean bloody Mary (which we did not have). 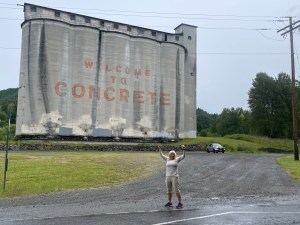 At Concrete, “Welcome To Concrete” was painted on the cement plant silo for the 1992 filming of 1993’s “This Boy’s Life,” starring Robert De Niro and Leonardo DiCaprio. 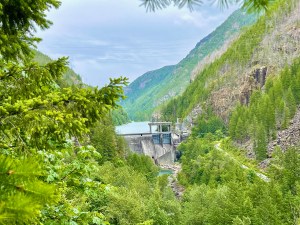 Seattle City Light has damned up several places along the Skagit River. 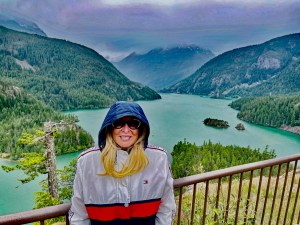 Besides providing significant electricity, it sure makes for some pretty lakes. 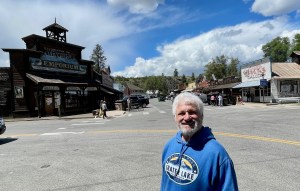 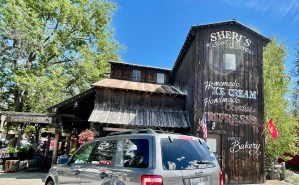 Winthrop was a legit 1880s gold rush town that was restored as an Old West theme town in 1972 when the North Cascade Highway was being built. Winthrop is now the cutest Old West city that I have seem.

And, right behind the main street is a beautiful river. 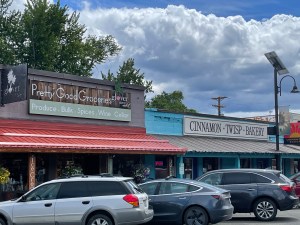 Speaking of cute, don’t you love these Twisp signs? 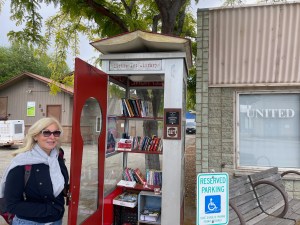 And what about this old phone booth turned into a library? 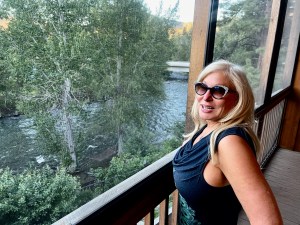 Our stay at Twisp River Suites was just perfect for this area. We spent hours relaxing right along the river on our balcony. Obviously you don’t get the swanky 5 star hotel in these small towns. The trick is to find a deluxe B & B.  Joe Marver, owner, provides just that. You can see how charming it is from the photos. We knew we had a winner when checking in. Allyn asked if there was a large enough grocery store around that might have almond milk. Joe reached into his own refrigerator and gave her his. You gotta love it.