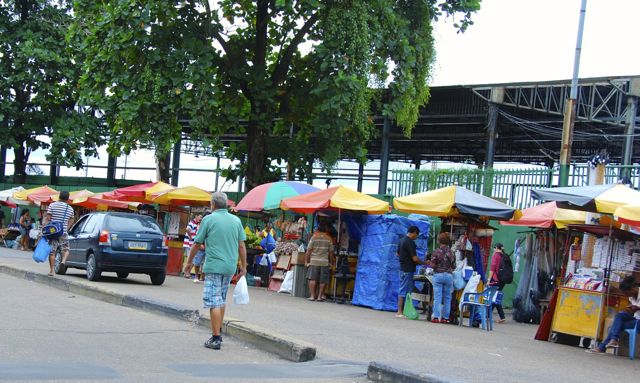 What a day! Manaus is a fascinating city of about 2 million people halfway down the Amazon.

Rubber barons became fabulously rich here for about 25 years starting 1879. Then the British took over because they could sell so much cheaper with trees from seeds they had smuggled from here. 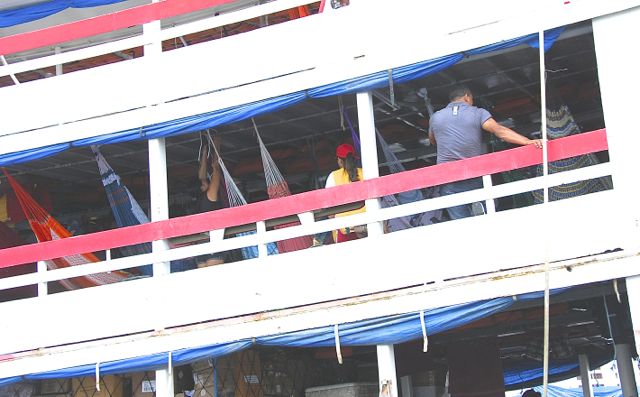 There is no highway system here and most people cannot afford to fly. They board cheap ferries for 5 – 10 day trips up or down the Amazon. They sleep on hammocks virtually on top of and next to others. Yuk.

However, today, Manaus is a big a duty free zone with billions of dollars worth of products entering Manaus annually. 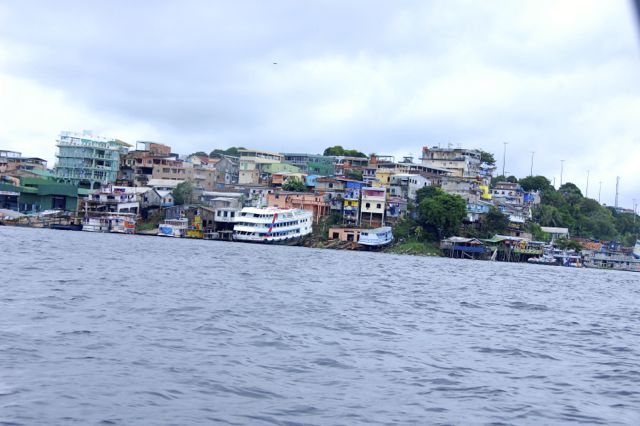 I found a guide on the Internet, and hired him for a tour of this part of the Amazon. 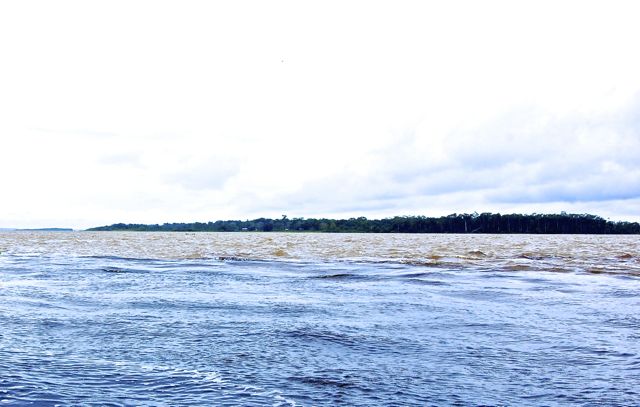 The Meeting of the Waters occurs in Manaus where the Rio Negro and Amazon merge. They keep their respective colors for six miles. 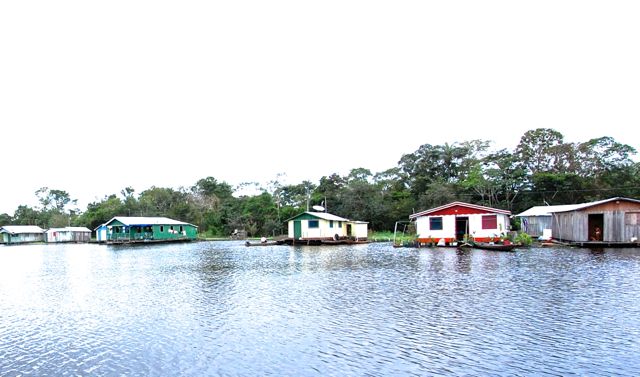 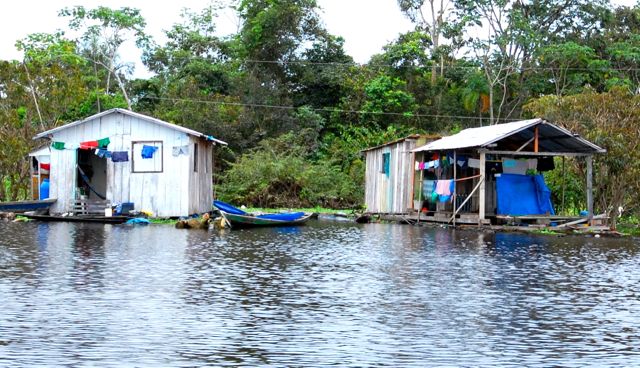 We visited a floating village that reminded me a bit of similar fishing villages in Vietnam. 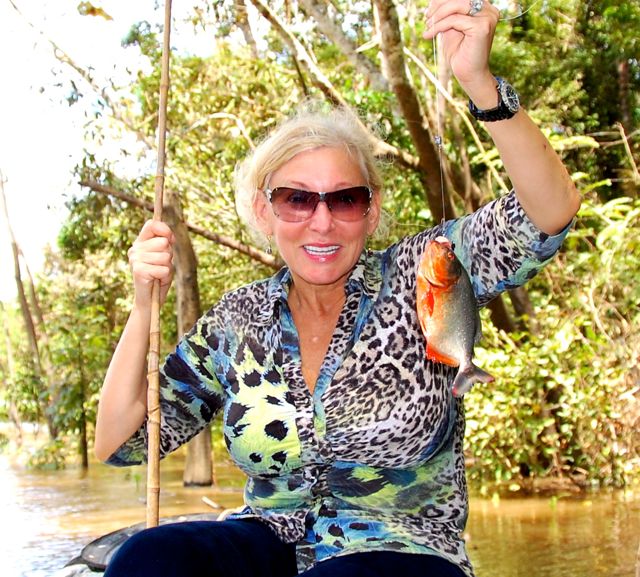 After lunch at a floating restaurant we went piranha fishing. Using the same gear, in the same place, and at the same time, somehow Allyn caught three and I caught nada. 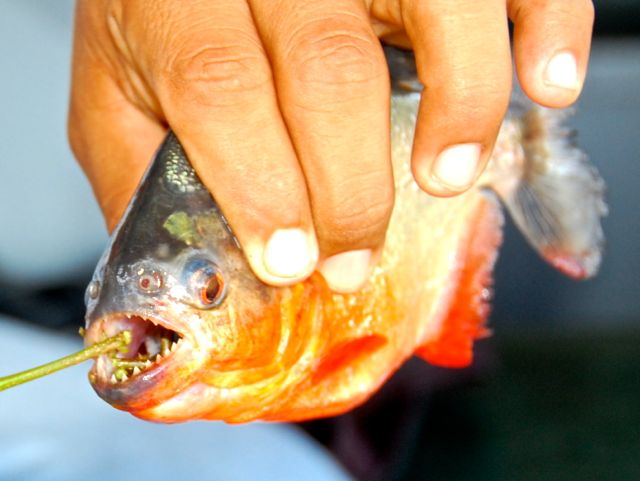 Check out those teeth. 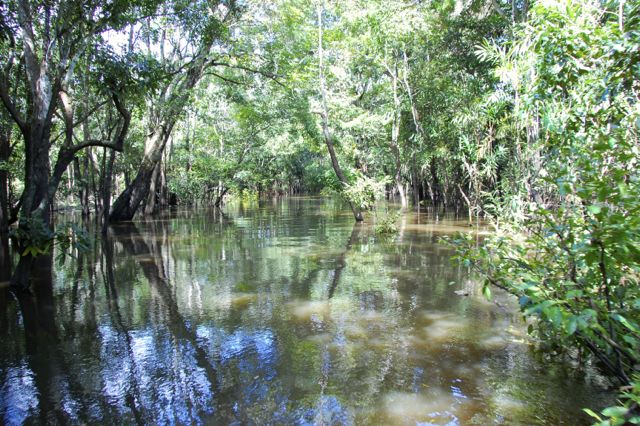 Traveling slowly up tiny canals was so beautiful. I mean we are in The Amazon. 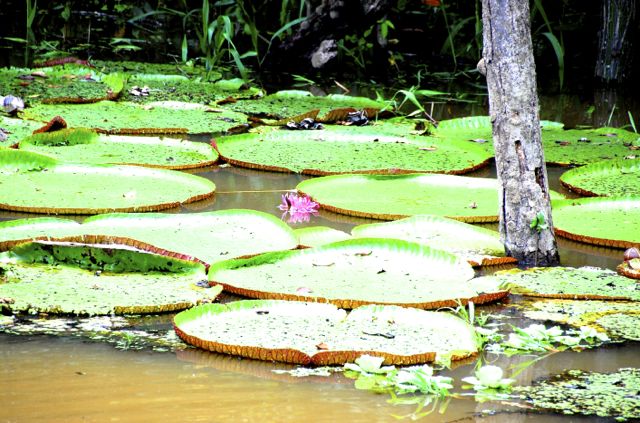 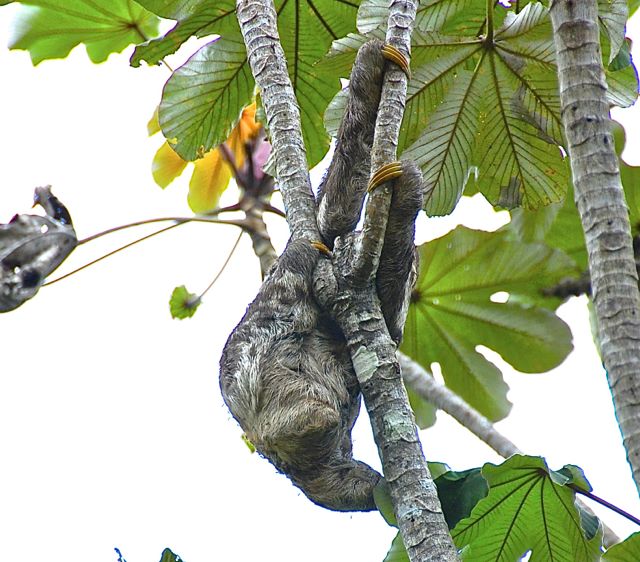 We came across a three-toed sloth hanging upside down just like we have been told in school. 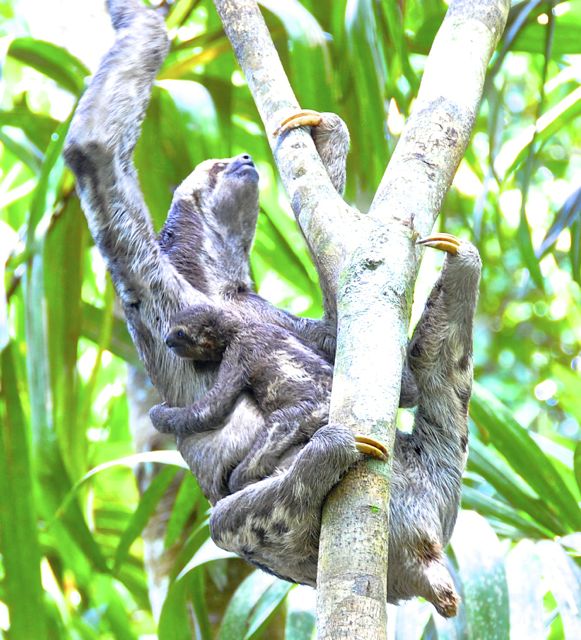 We even saw a new mother sloth with her baby. 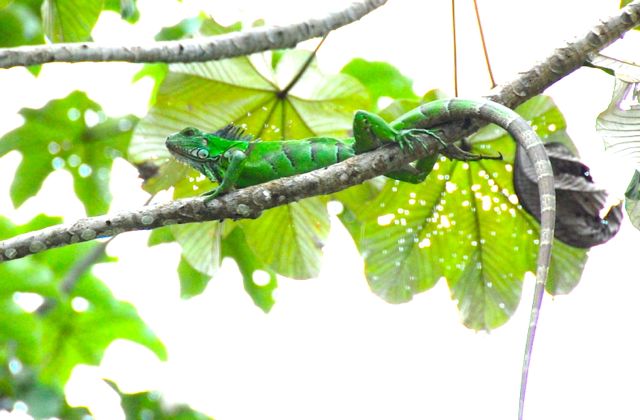 Our guide pointed out the iguana which took me about 20 minutes to see. (He was far away, and high, and blended in.) Great photo Allyn. 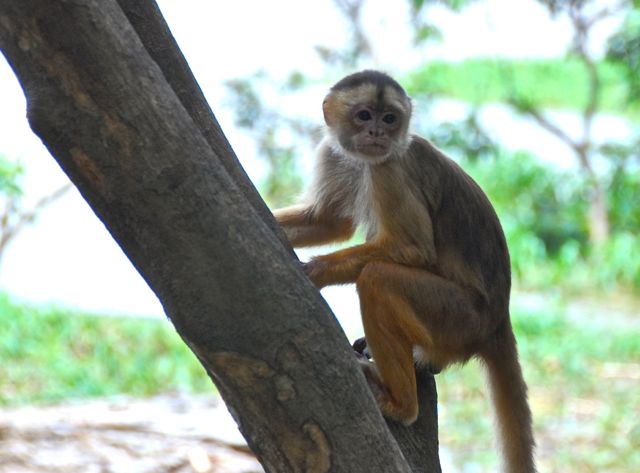