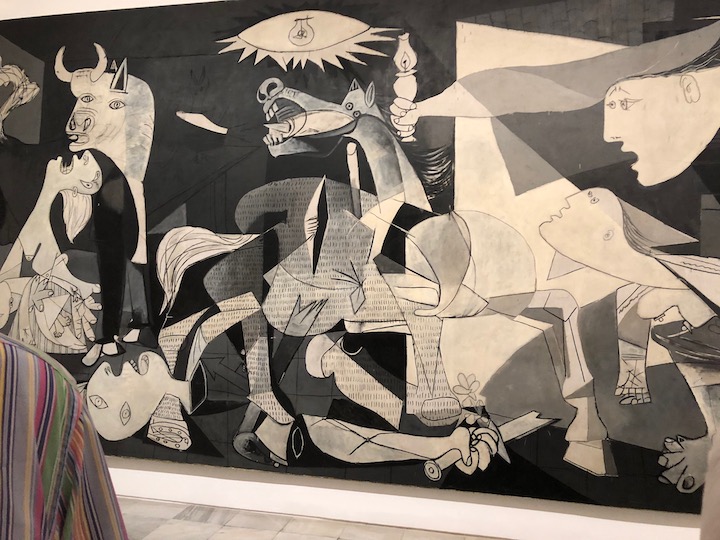 Guernica, one of the most brilliant artworks ever created, and not coincidentally Picasso’s most famous painting is considered to be one of the most powerful anti-war paintings ever.
And that is the reason we found ourselves back in Madrid. Yesterday we took a trip to Reina Sofia Museum to study, view, and learn about Guernica.
We had such a good time and learned so much last year with our great guide Mr. Hernan A. Satt, partner (with wife Irina) of  Madrid Museum Tours. We were shocked and thrilled when they invited us out for a wonderful dinner at a deluxe local’s restaurant when we told him we were returning.
This 12 x 25 ft black white and gray painting just blows people away even if you understand nothing. You can spend all day looking at it. It doubly blows you away to have somebody explain it.
Early in 1937, the Spanish Republicans had commissioned Picasso to paint a mural for the 1937 World’s Fair in Paris.
Then on 26th April 1937, during the Spanish Civil War, Guernica was bombed by Nazi German and Fascist Italian warplanes on request of Spanish Nationalists. Picasso created this masterpiece in response to the bombing of Guernica.
At least that is what is generally accepted. However, all Picassos are always about Picasso too. Many art historians point out this was a very sad period in Picasso’s life wherein he was in a funk over several love relationships. He produced almost nothing for the first three months of his commission and then cranked out this masterpiece in three months as he had the World’s Fair deadline date.
Note the three women in the painting. One would not grant him a divorce, one was so sad that he wouldn’t marry her, and one was involved in a love killing with his friend.
He was a genius.
Day two was a return trip to The Prado where we just did not have enough time last year. See last year’s blog.
This time Irina was our guide. She was great also.
It is so interesting to learn both the history of the time and the amazing art methodology that was being used. A couple examples: 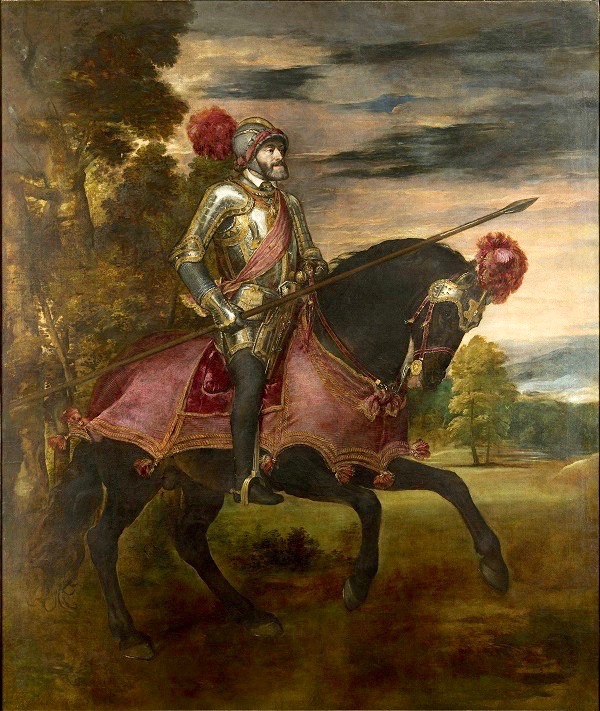 The Equestrian Portrait of Charles V had such a profound effect on Spanish Art. 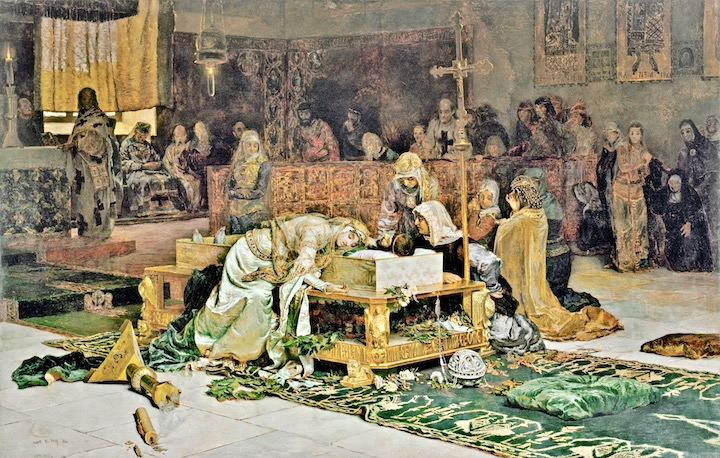 The Lovers of Teruel besides one of the great love stories and the detail delicacy such as the lace and pearls is incredible. 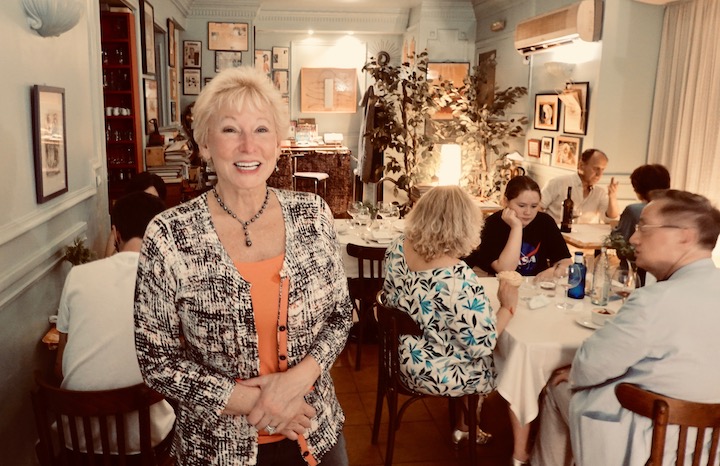 We love searching for and finding wonderful small local restaurants around the world and we hit a home run in Madrid near Opera. We had such a delightful dinner at Algarabia. I mean the food was great. There were only six tables. Two sisters own it and work all of it. Isabel is the hostess/server and Pilar is the chef. Dinner for two including wine – 70 Euros.