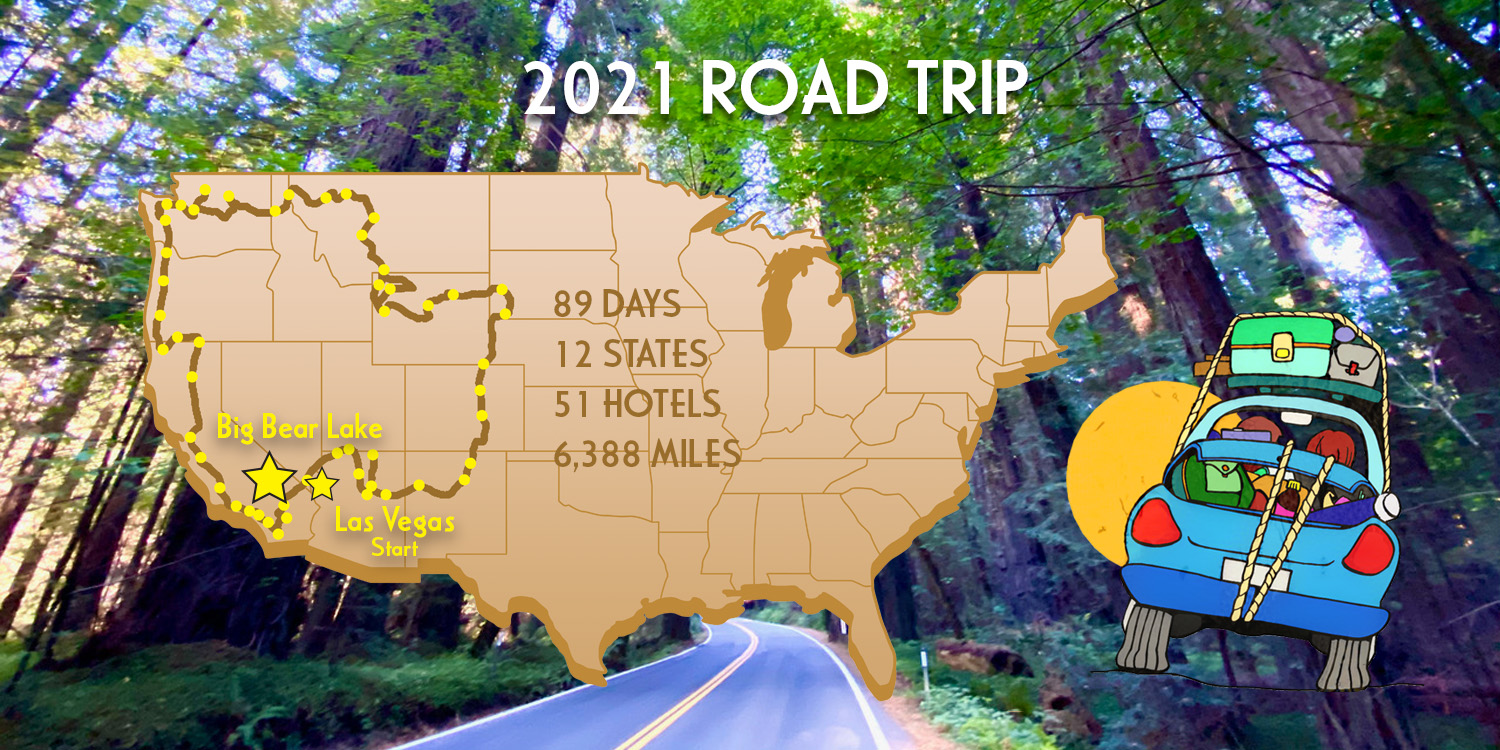 Day 1 of our road trip took us from Las Vegas to Big Bear Lake. One fun thing about road trips is that there is no time panic to get to the airport for example.
Another is to make some fun, and often ridiculous, tourist stops. 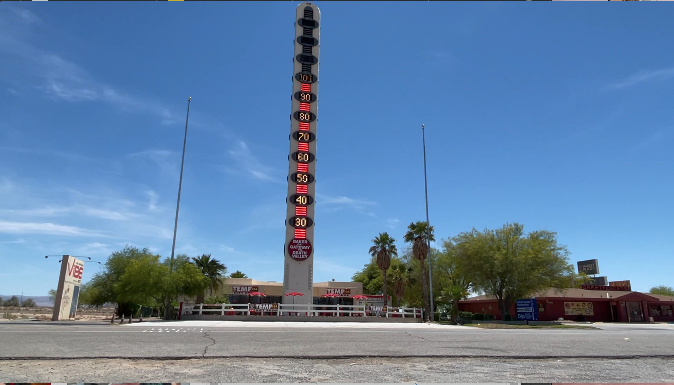 So our very first stop was in Baker, CA at The World’s Tallest Thermometer. I mean it doesn’t get too much more touristy than that. Note it was over 100 degrees even though we still were in April. It is located at the edge of Death Valley and in the summer can top 130 degrees. 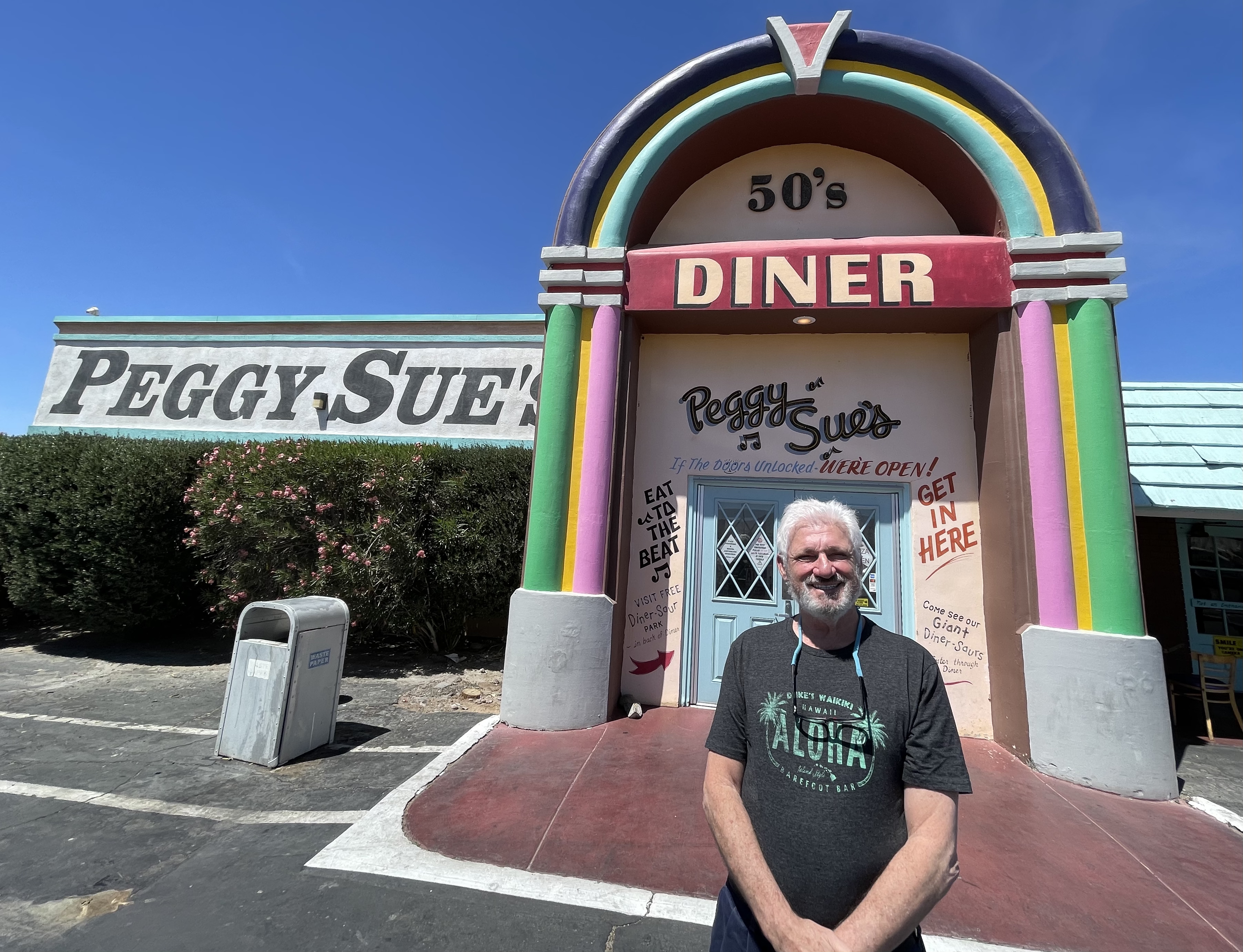 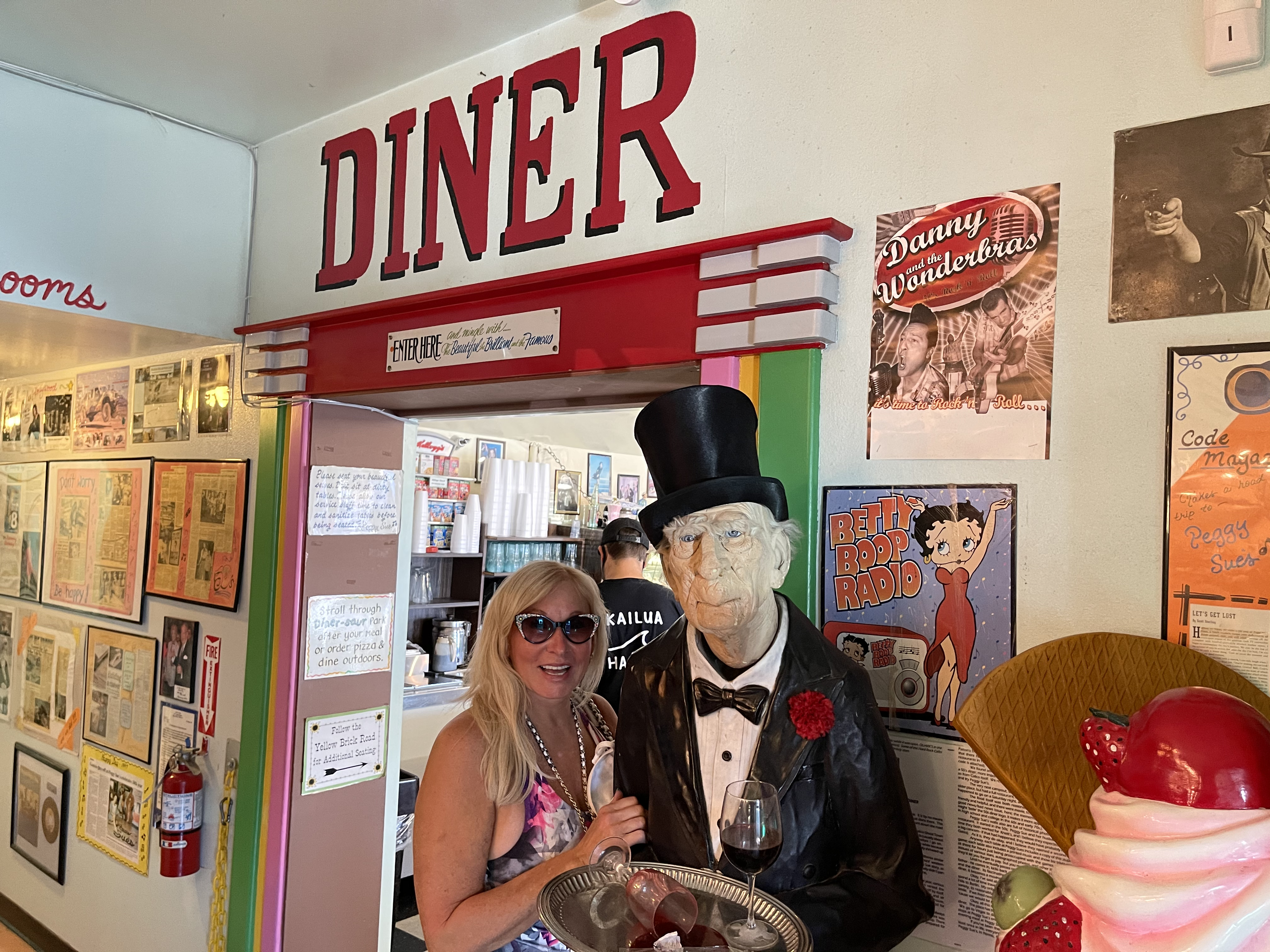 Lunch was at Peggy Sue’s 50’s Diner, a wellknown spot roughly midway between Las Vegas and Los Angeles. The place is more unique than the food. It is full of memorabilia and funky stuff. 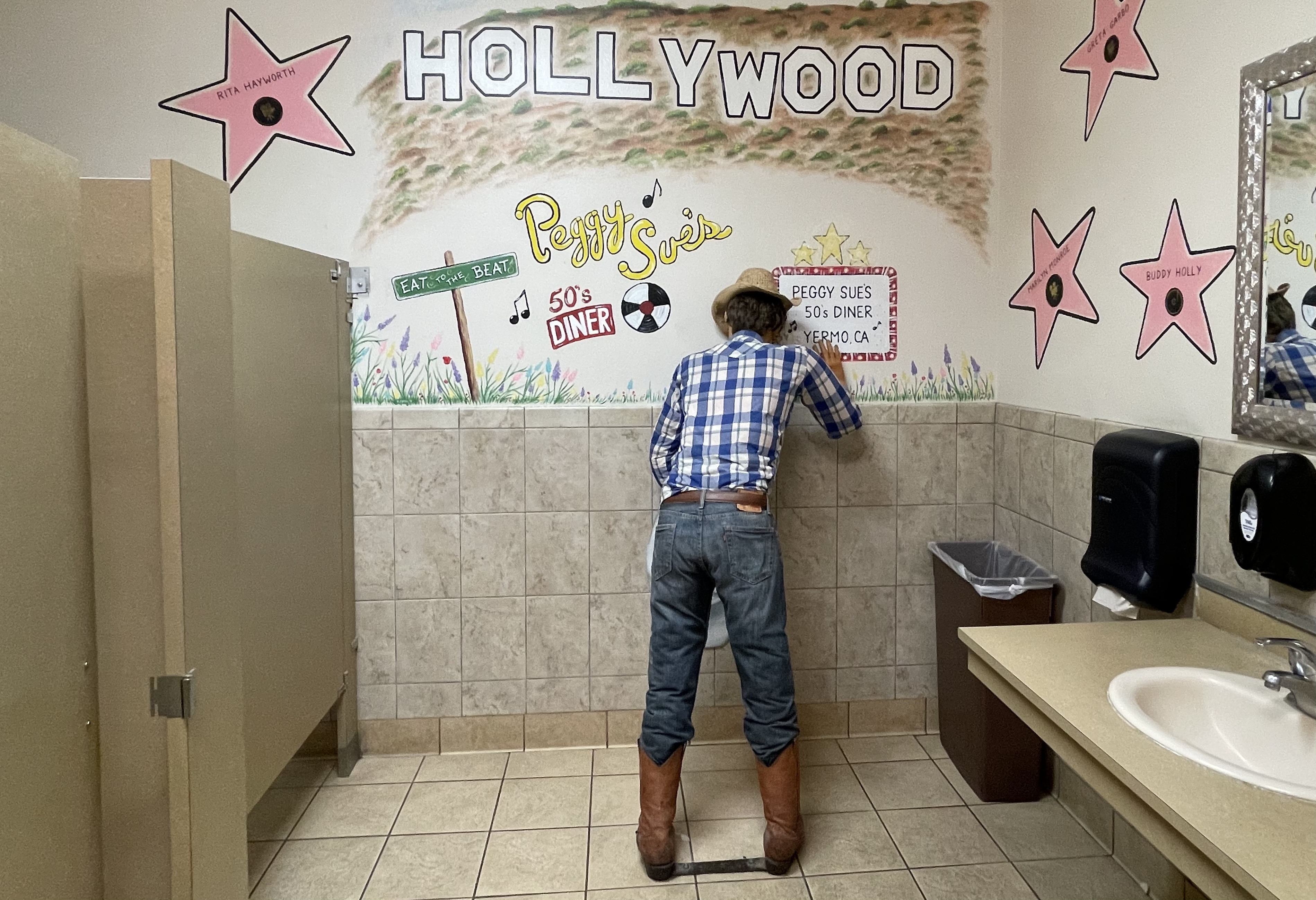 This guy lives in the lady’s room. 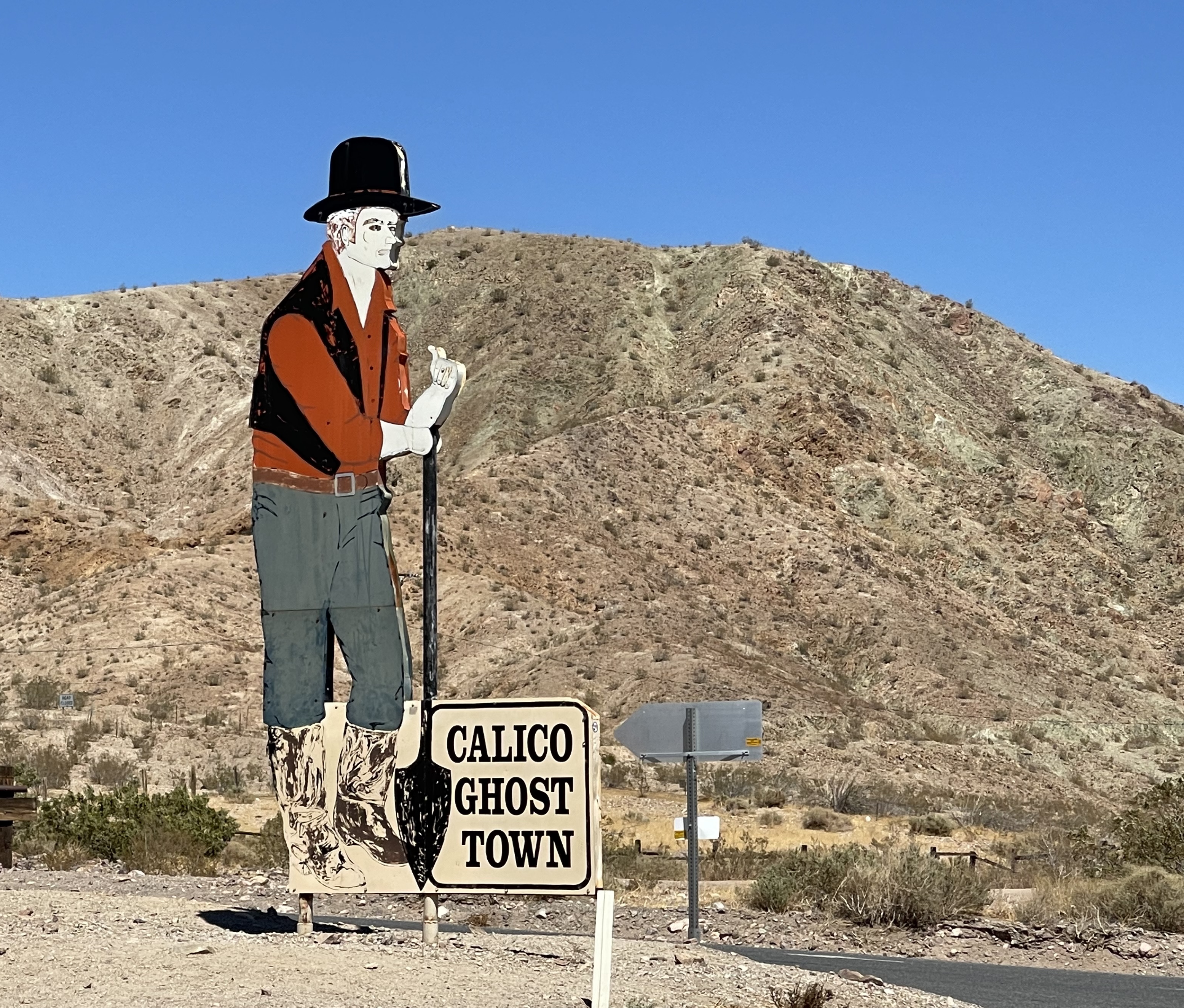 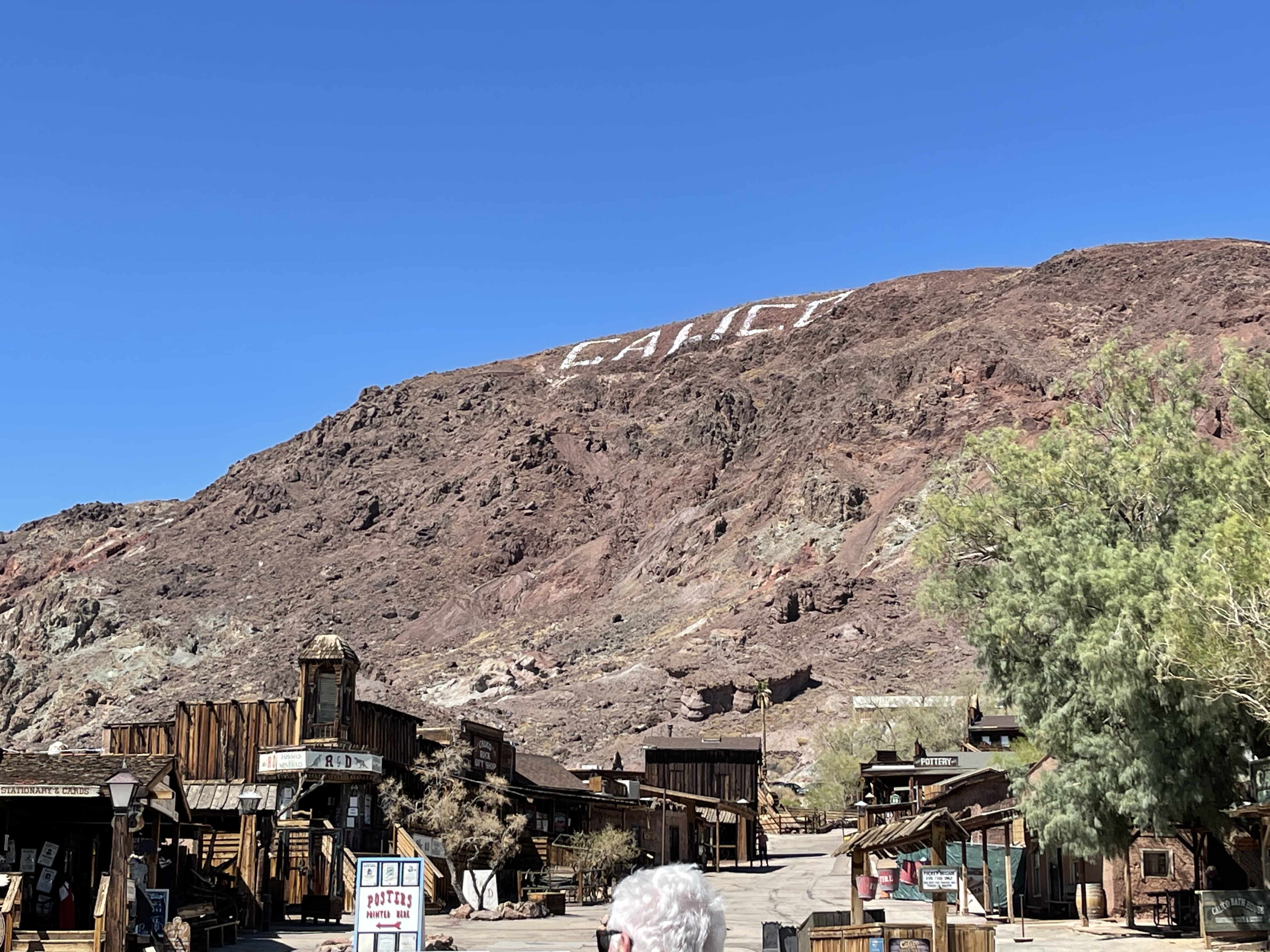 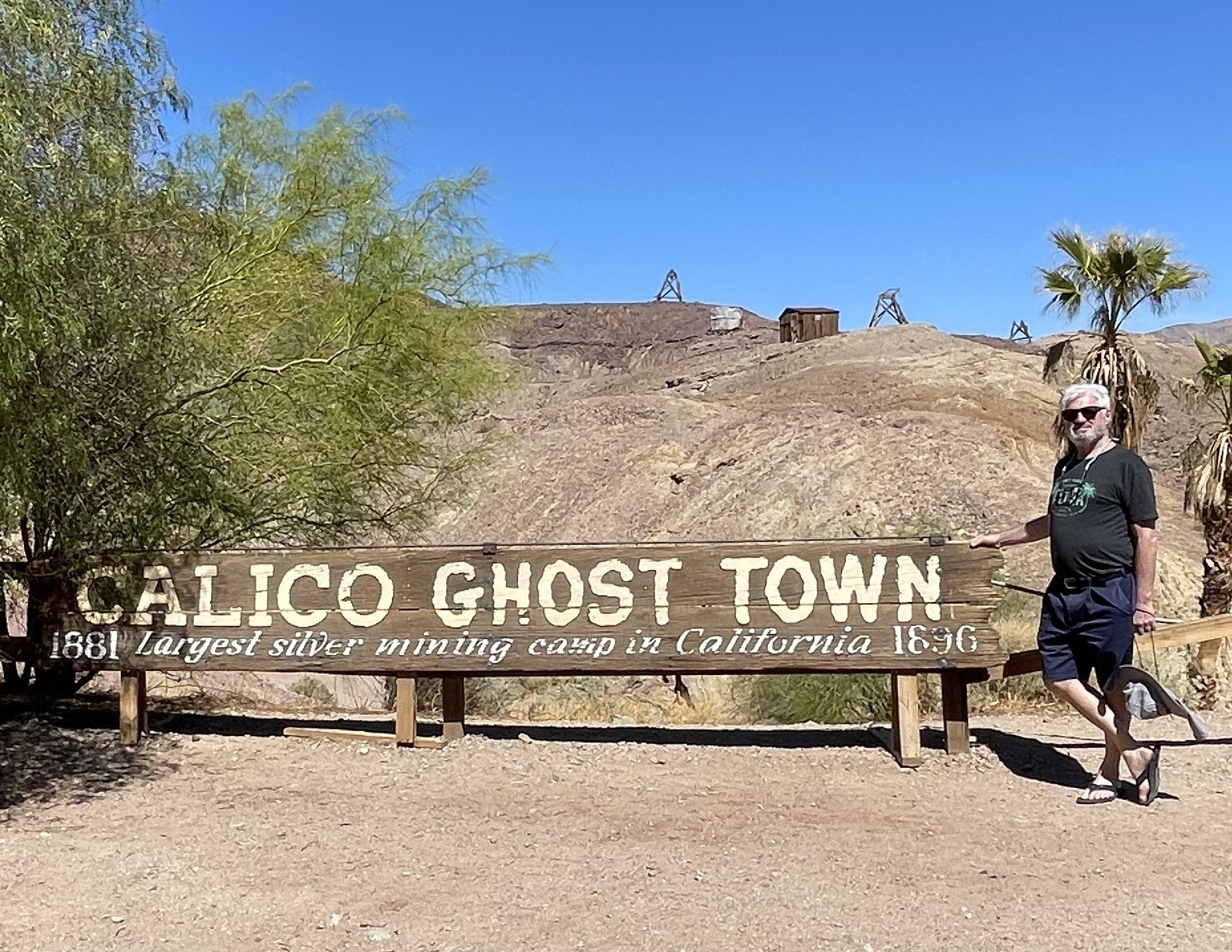 Calico was a mining town active from 1881 till abandoned in the mid-1890s after silver lost its value. Walter Knott (Owner of Knott’s Berry Farm) purchased Calico in the 1950’s architecturally restoring most of the original buildings to look as they did in the 1880’s. 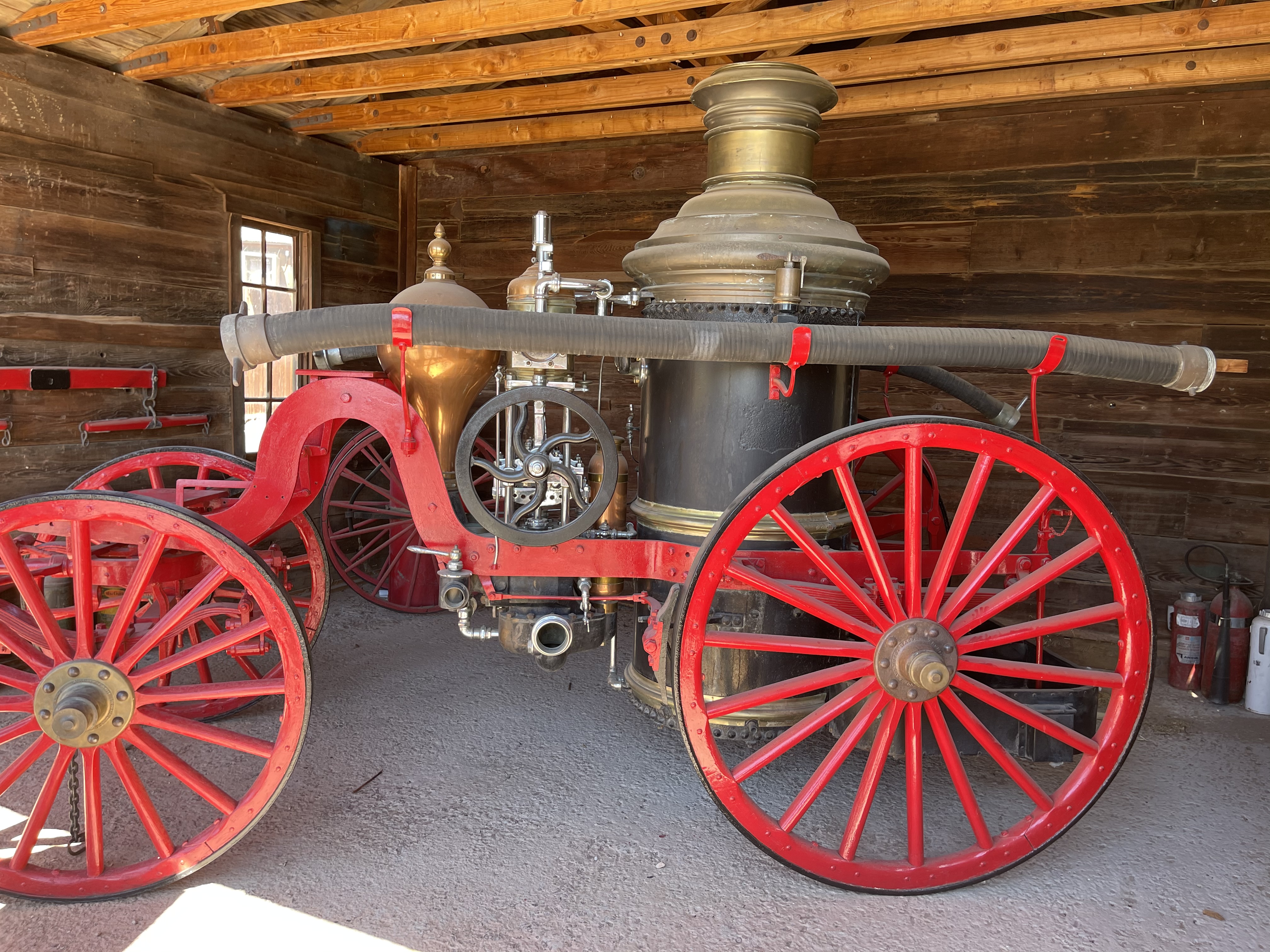 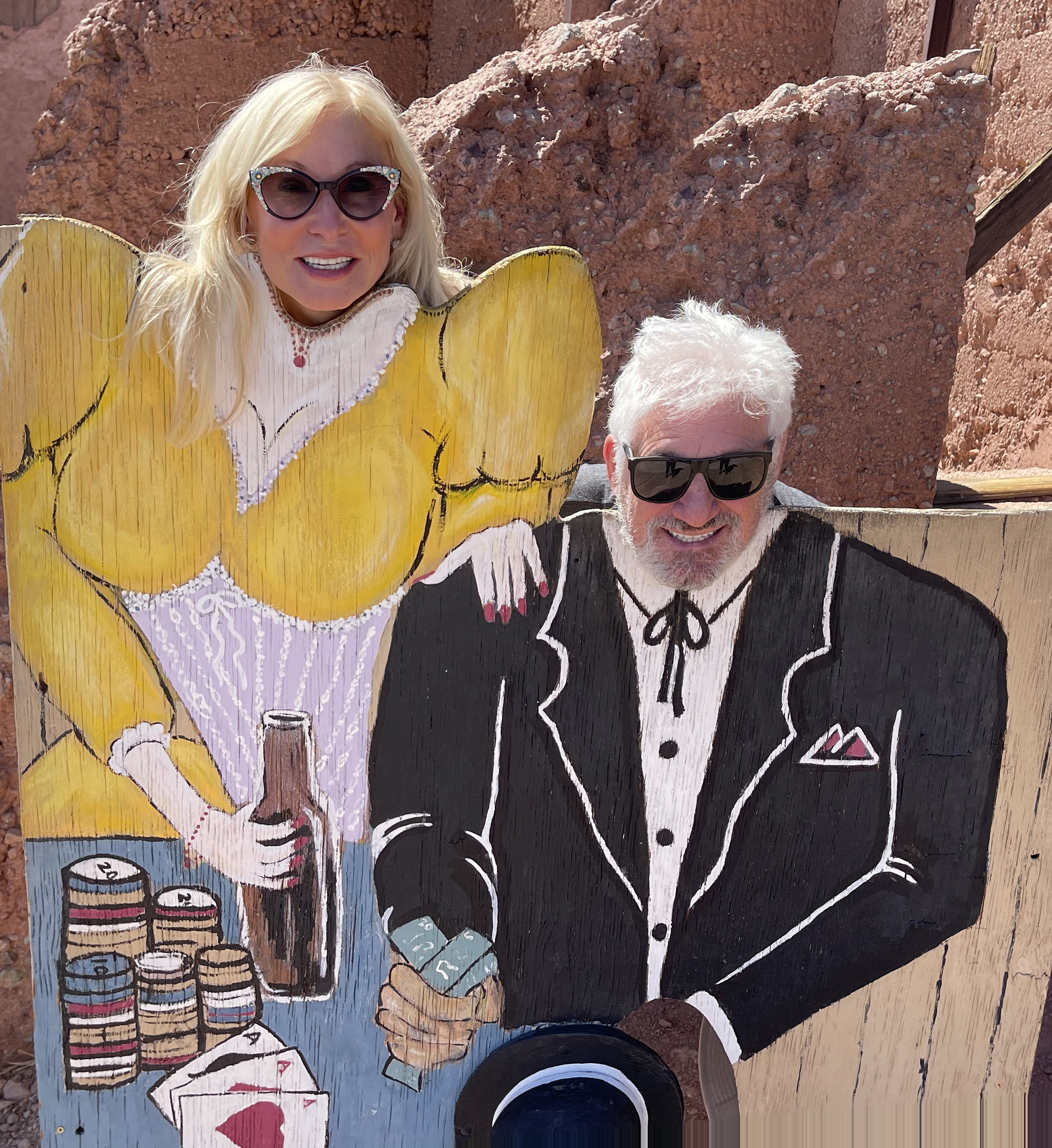 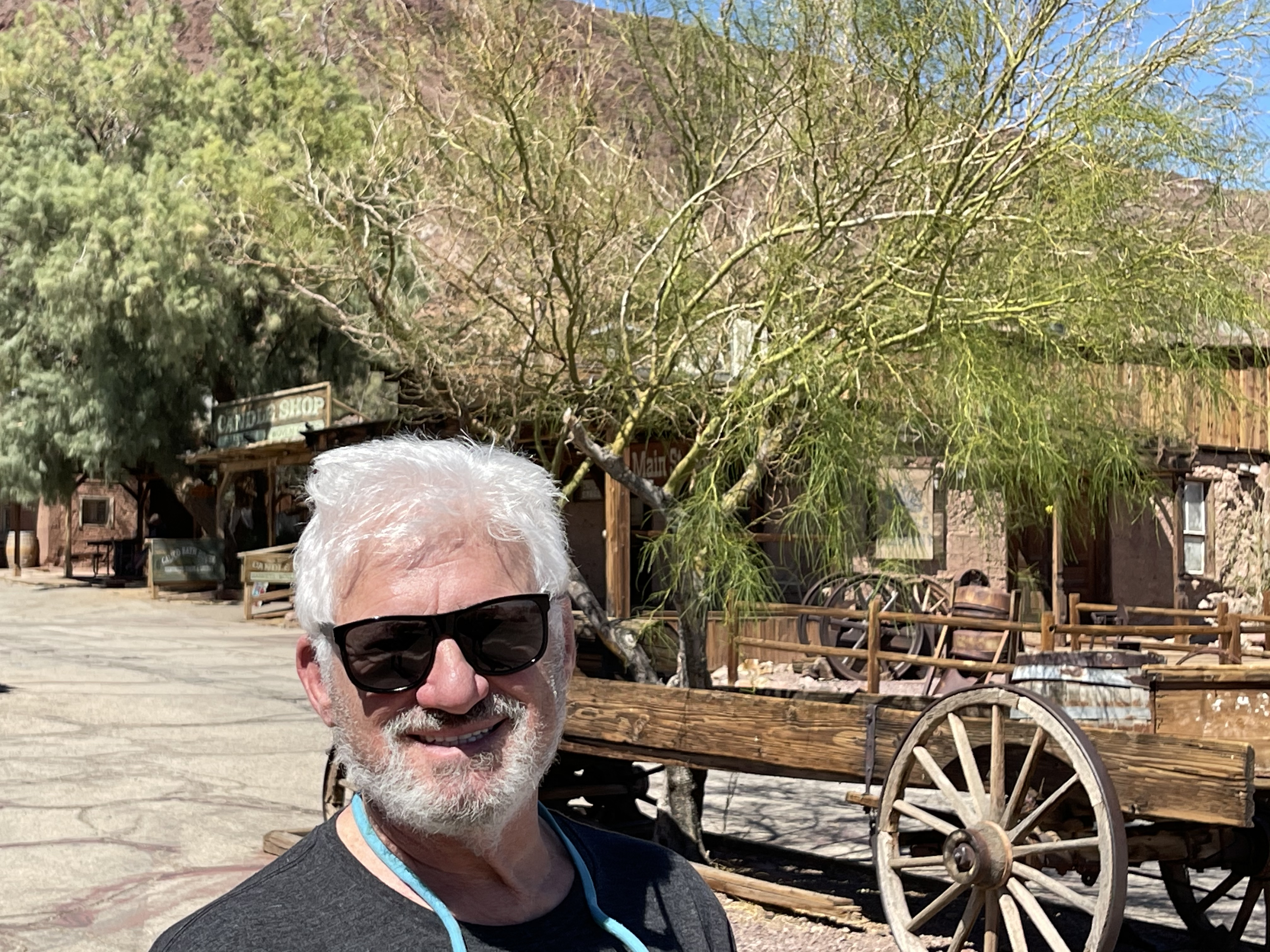 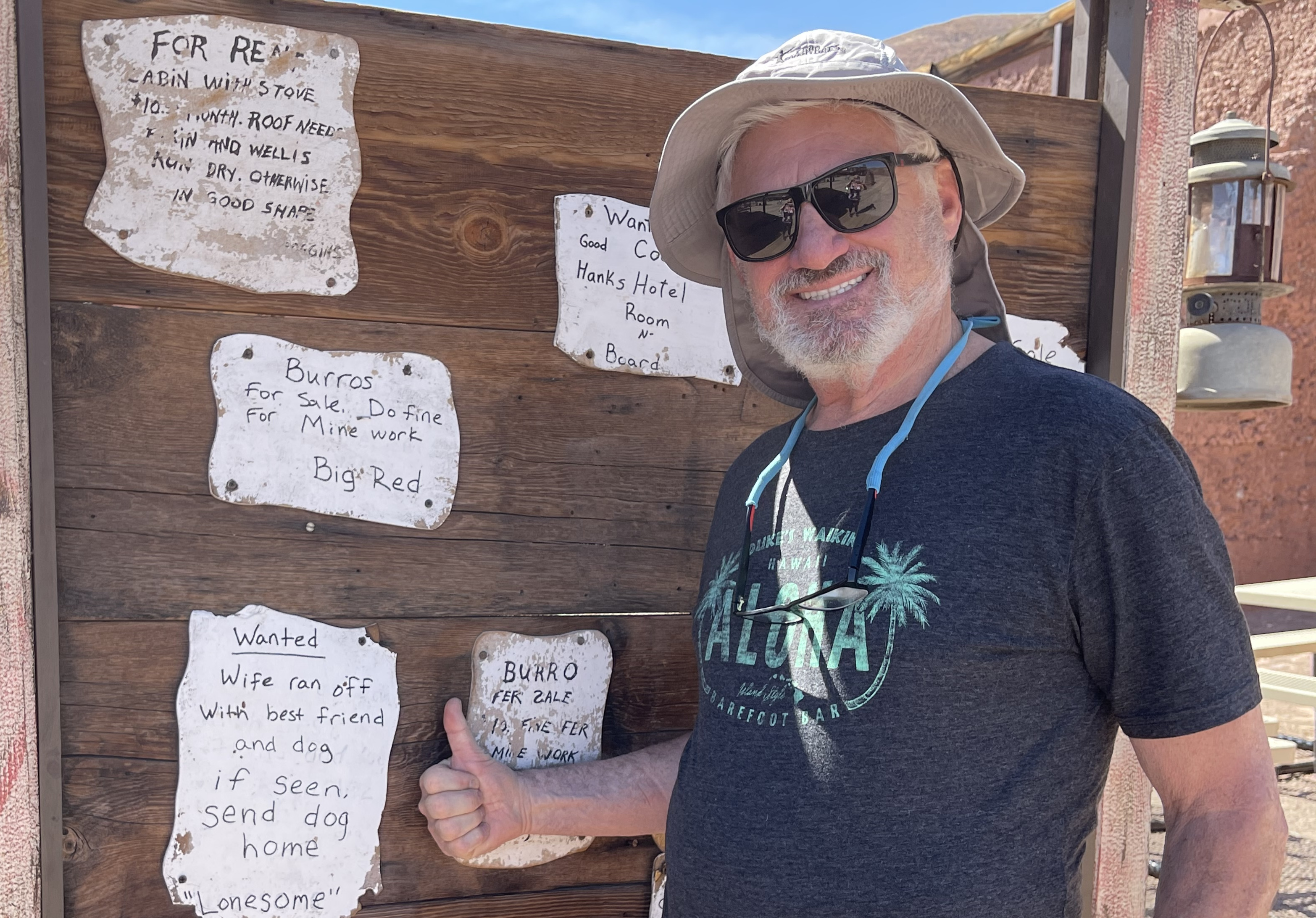 There is  much fun stuff here. 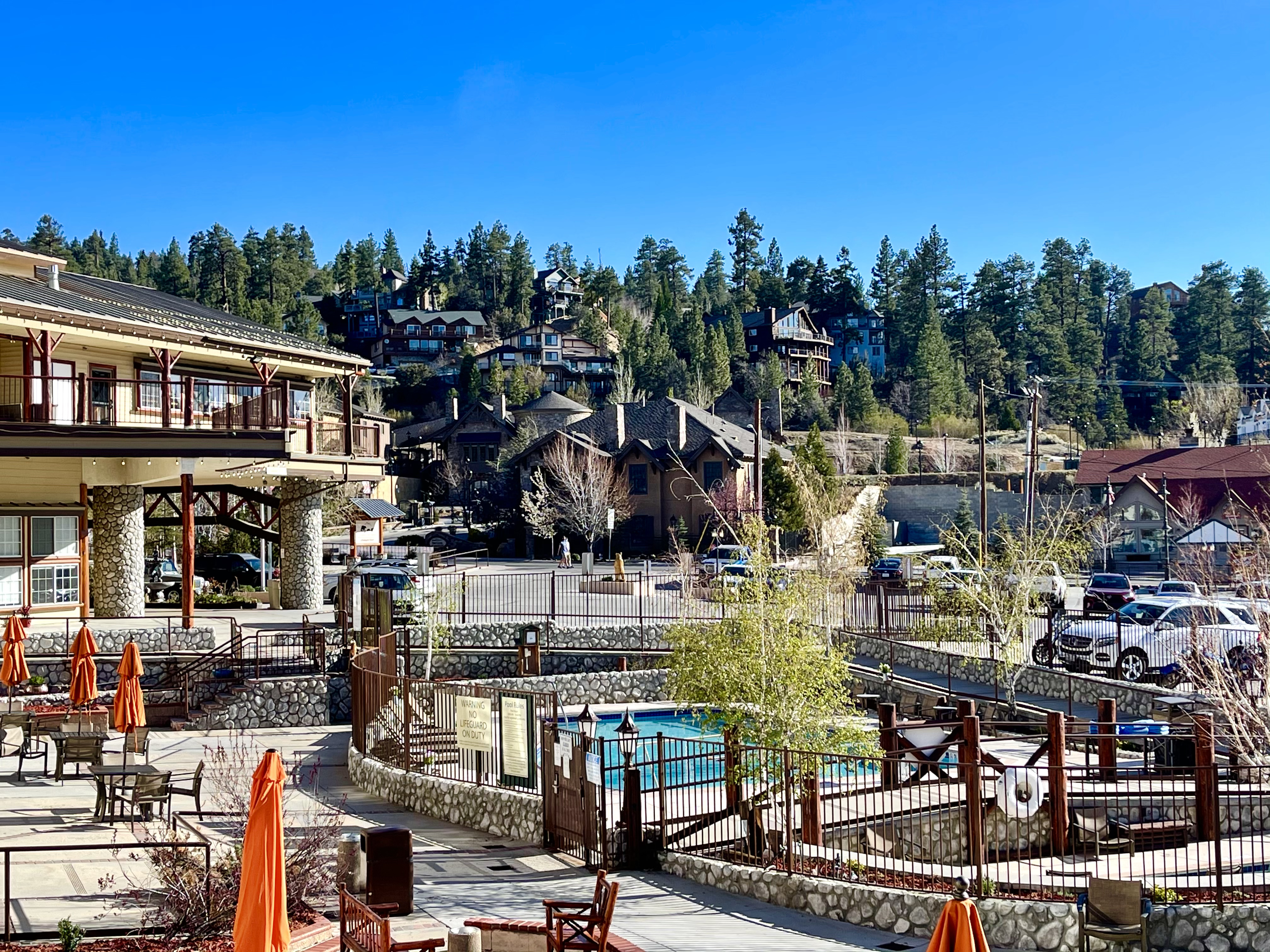 After climbing around and around for many miles and 7,000 feet we finally arrived Big Bear. Allyn had fond memories from being a kid and visiting in the winter when it is snow covered. To me it was no big deal and kind of a pain getting up and down. 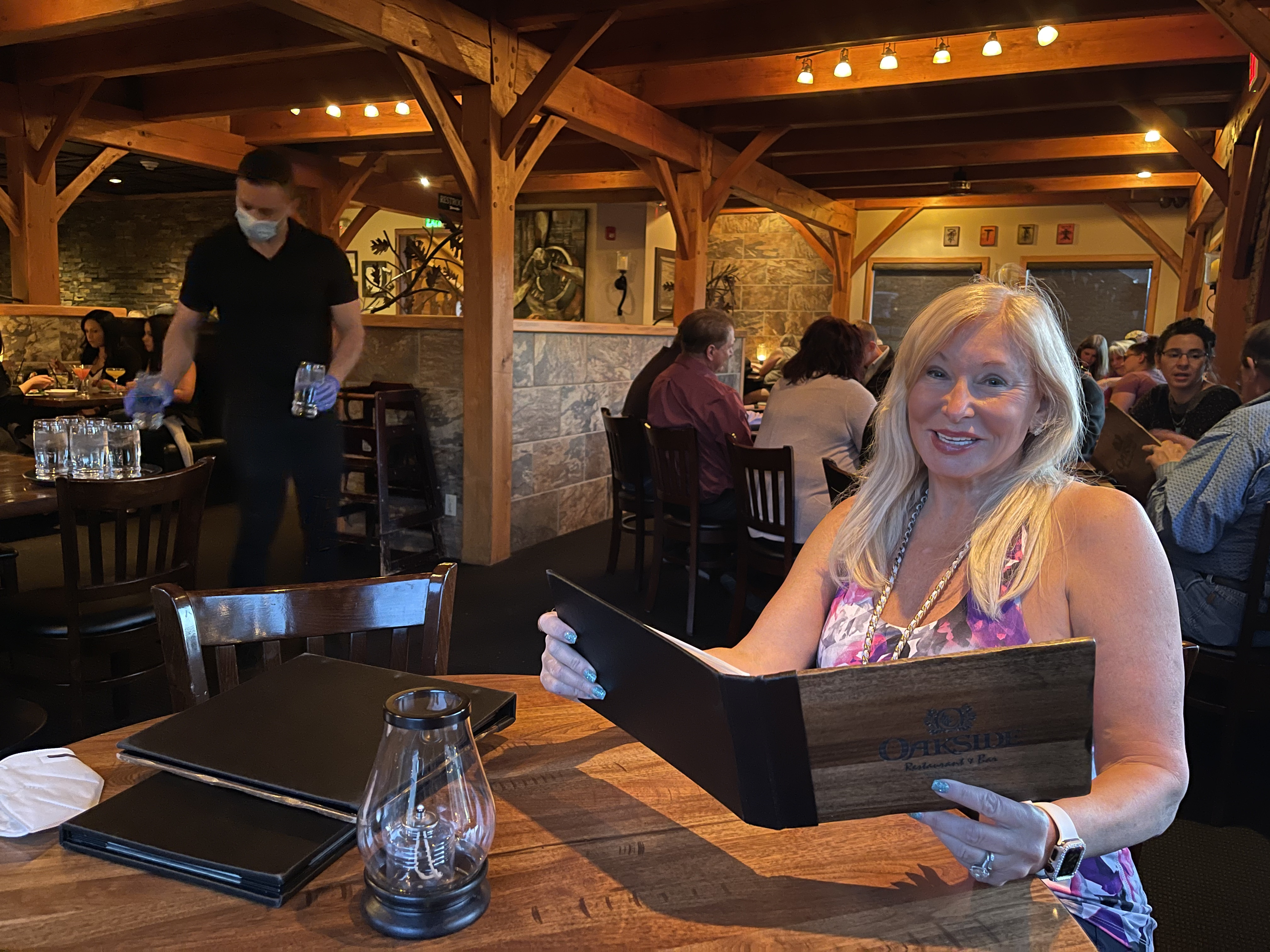 Dinner at Oakside Restaurant and Bar was quite nice however.