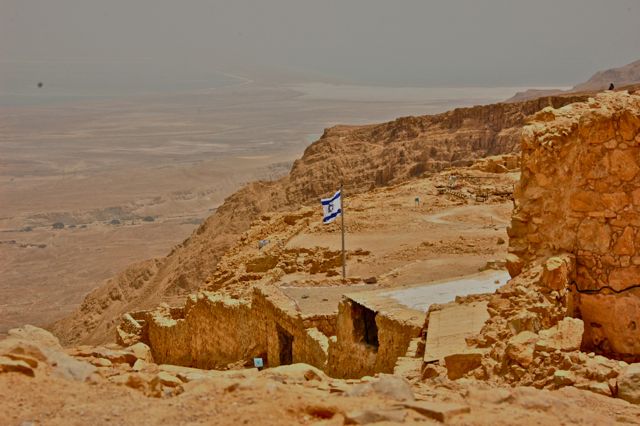 Today was the beginning of a three-days and two-nights stay in Israel, although all day Allyn thought we were in heaven. She even sang to the Immigration inspectors.

We spent most of the day in The Judean Desert.  At -1,300 feet, this is the lowest valley on world. 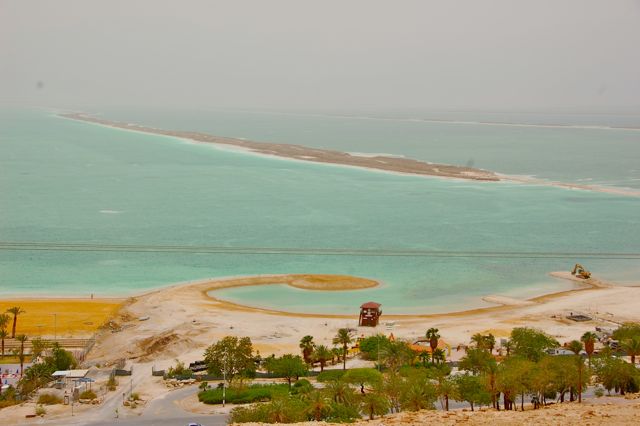 We drove by the Dead Sea on the way to Masada. 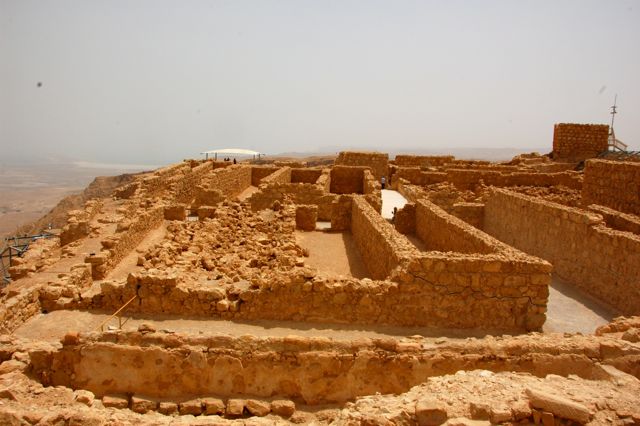 Masada was the last bastion of Jewish freedom fighters against the Romans. They had hoped the impenetrable fort (at 1,000 feet) would protect them.

However, the fort fell in 73 AD.  960 Jews took their own lives instead of being slaughtered (and worse) by the 40,000 Romans they were fighting.

It has become a symbol of Jewish (and all humanity’s) continuous struggle for freedom from oppression. 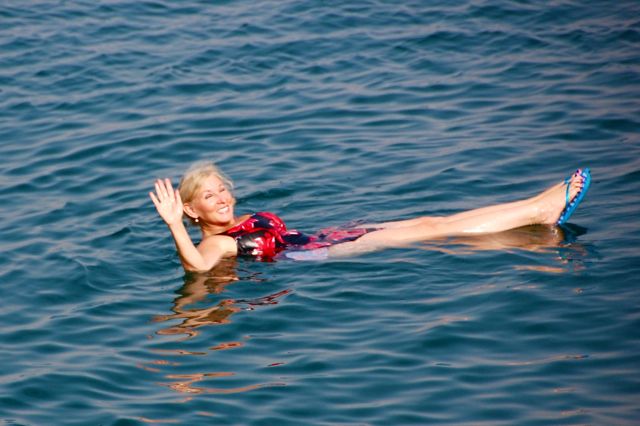 We then took Allyn for a swim in the Dead Sea. While the Red Sea is the world’s saltiest ocean, the Dead Sea (actually a lake) is 8.6 times saltier. Notice, she is so buoyant that she is actually sitting in the water. 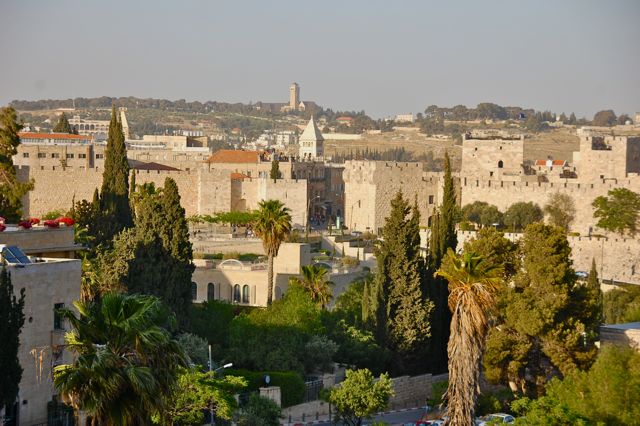 We are staying in a beautiful room in the beautiful King David Hotel in Jerusalem. The old city walls are quite a sight from our balcony.