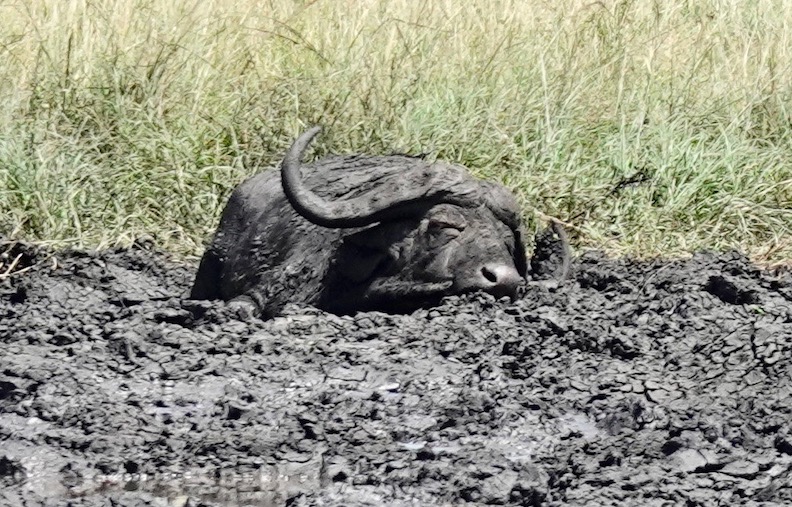 First stop in South  Africa was Richards Bay and we drove to Hluhluwe Game Reserve for a two-hour game drive. Given it was so short, it is surprising how many nice sightings we had. 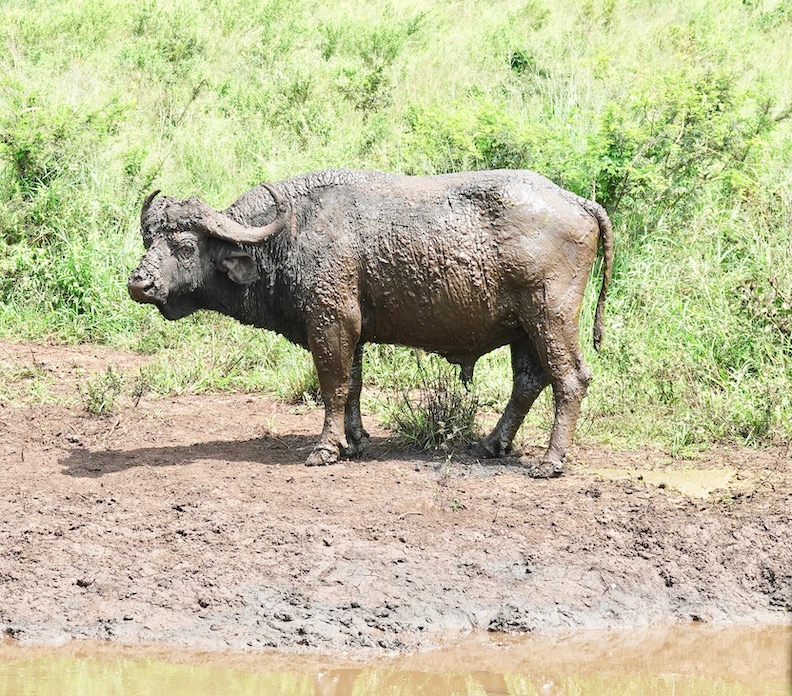 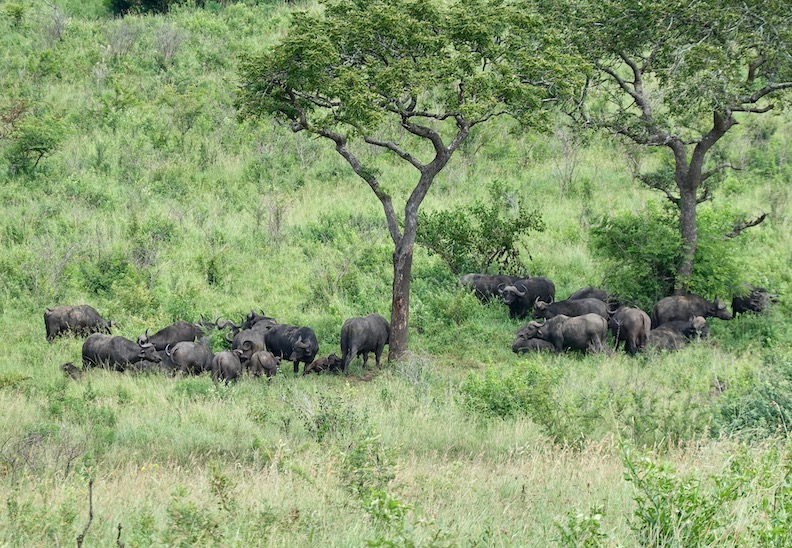 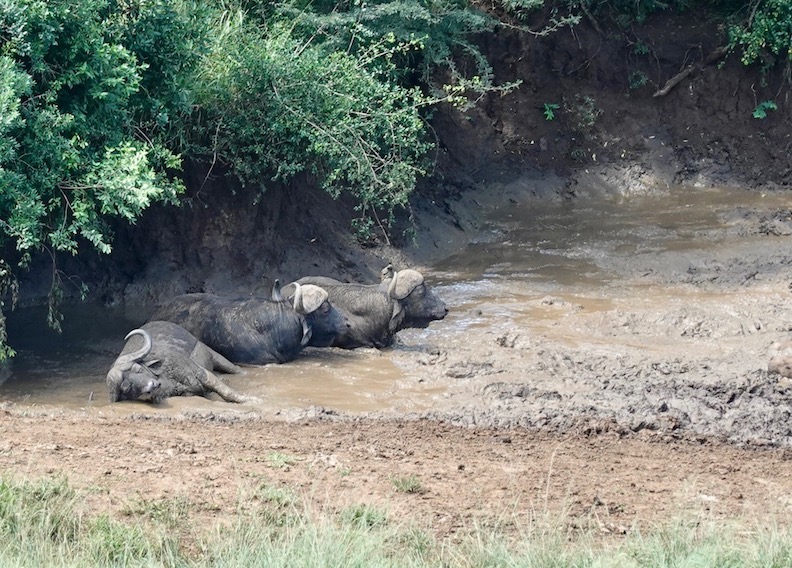 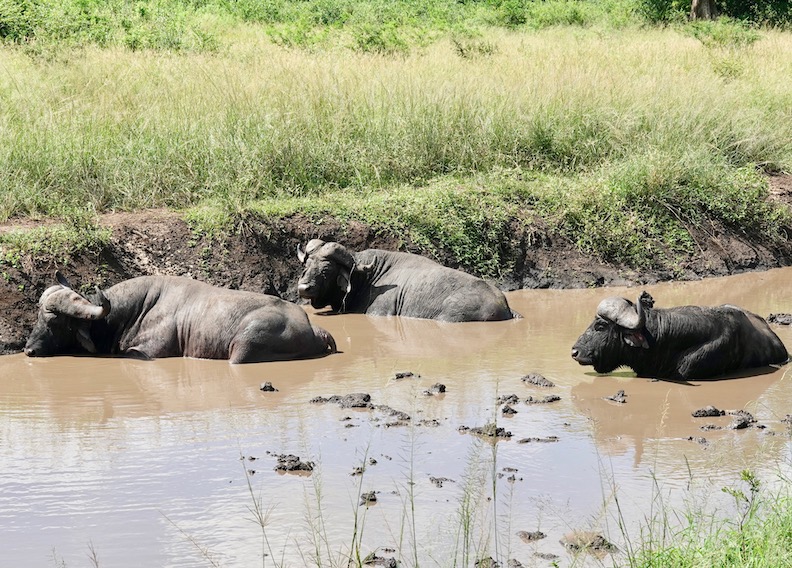 Water buffalo were abundant today. Often they like relaxing in the mud and are good at it. 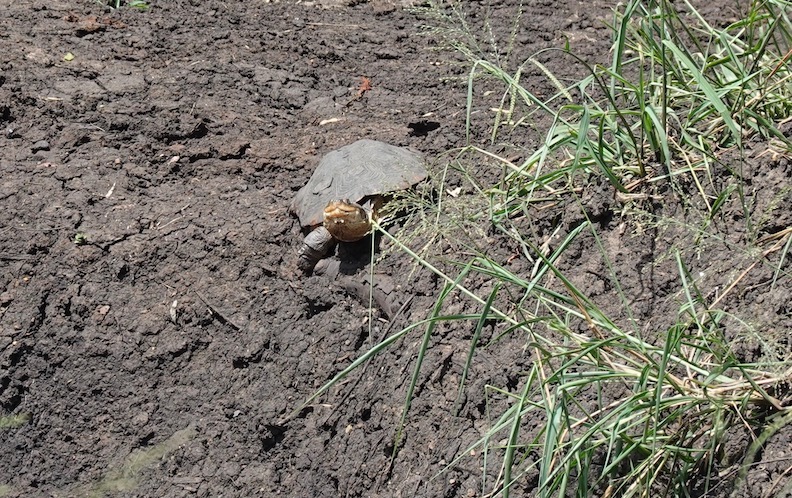 This little tortoise guy likes to eat parasites in the water buffalo’s rear end. When not disrupted, nature has a place to handle all needs. 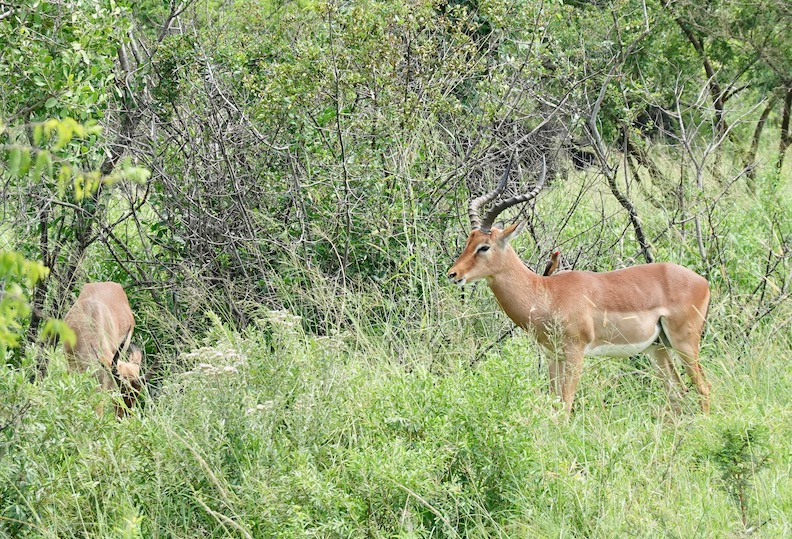 These guys are part of a group of male impalas. Once a year about now there is a big fight and the victor goes off with the entire group of females. These guys are the losers. 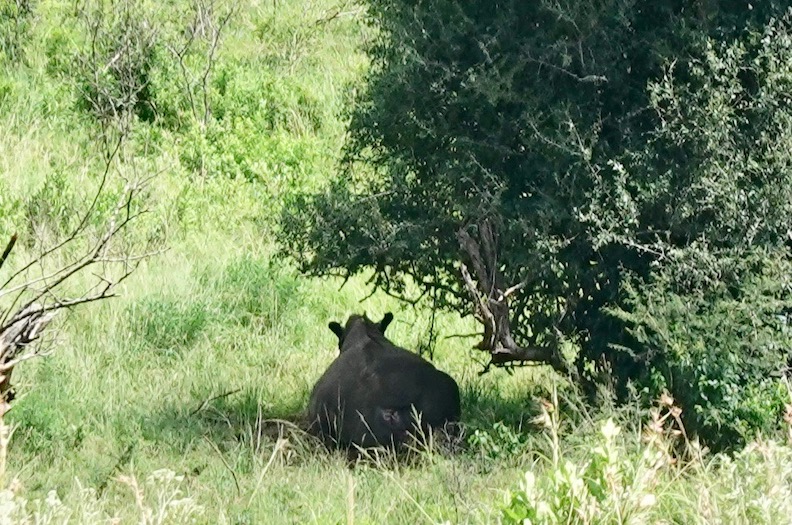 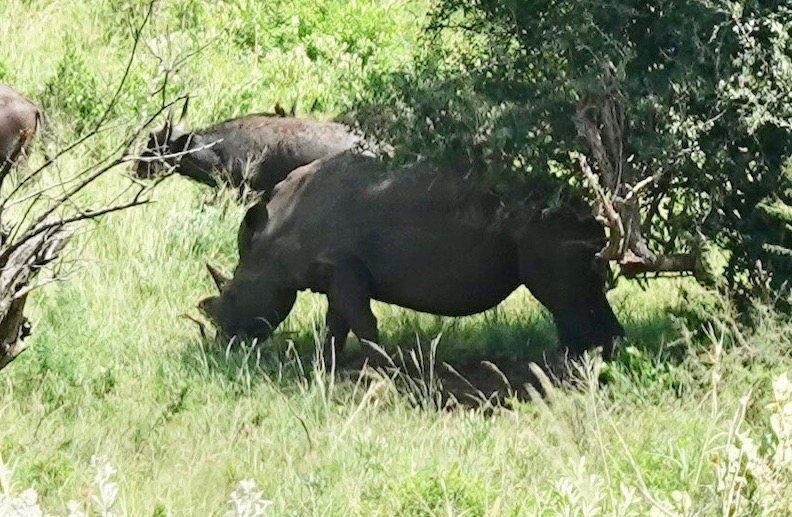 it turns out that the white rhino is not white at all. Originally there was a mistranslation of the Dutch  word “wijd” meaning “wide” but was heard as “white” 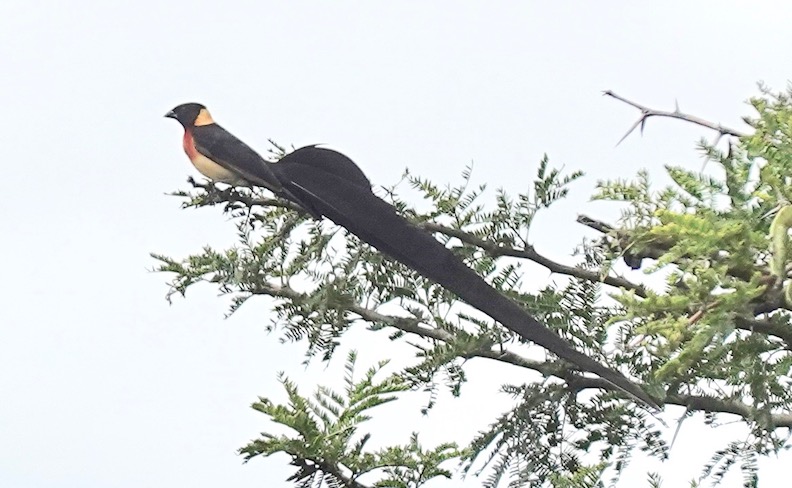 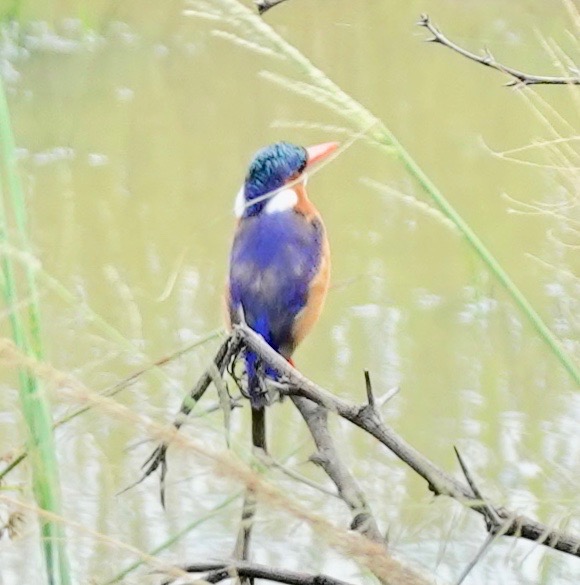 There were several pretty birds along the way. The guide said it was his first sighting this year of the kingfisher. 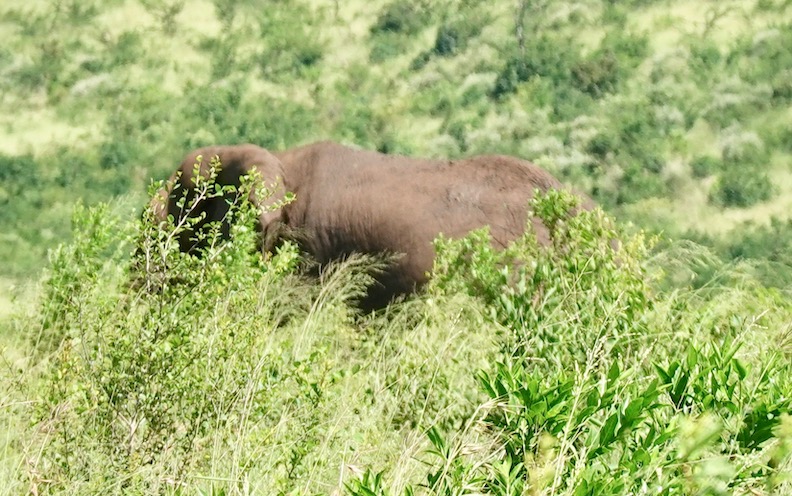 The elephant photo was as good as we could. But it’s an elephant so it makes the cut. 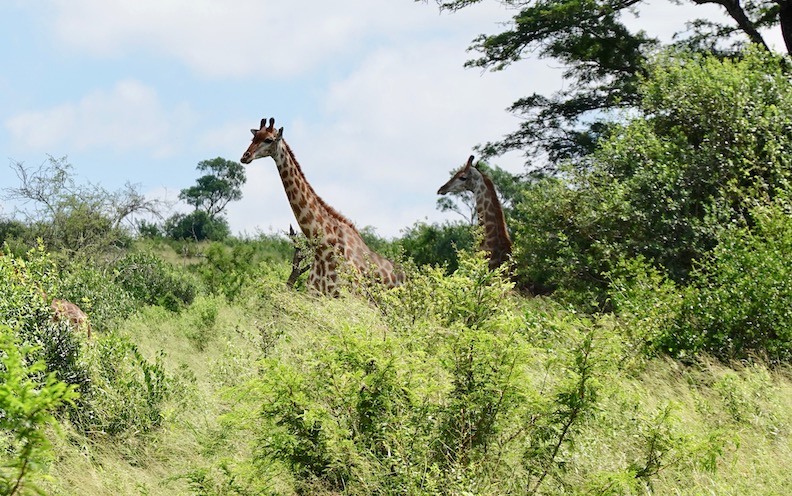 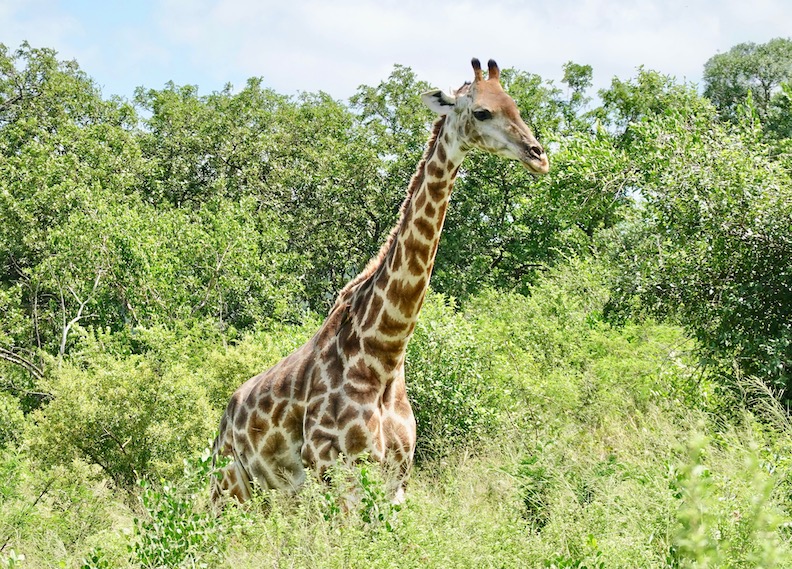 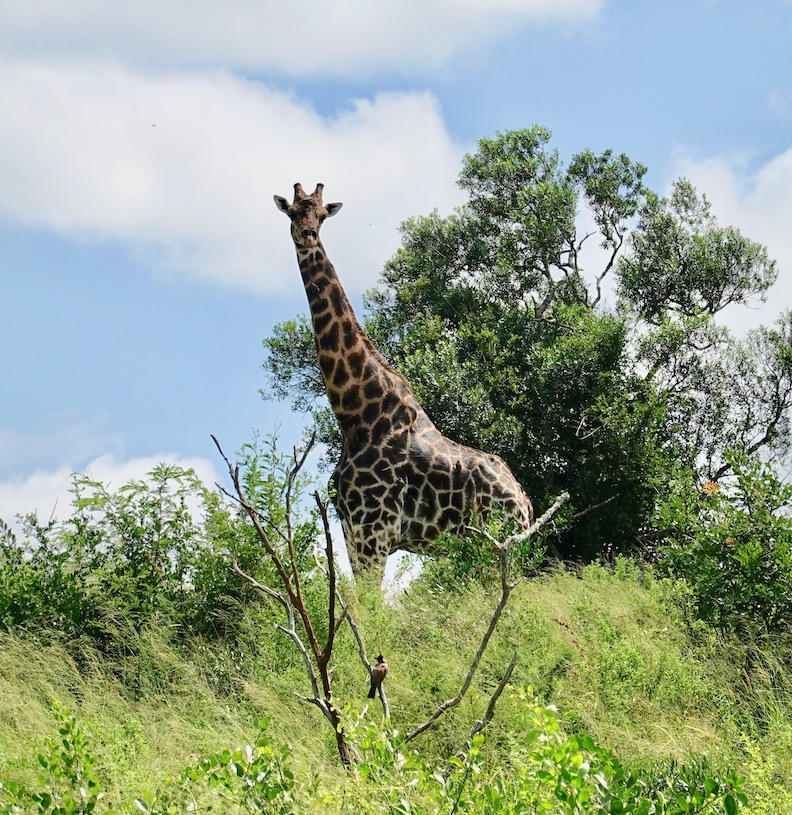 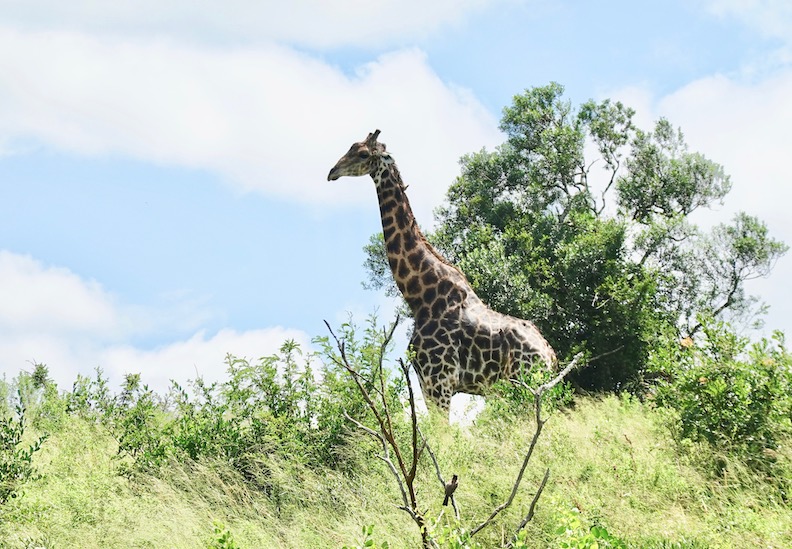 Giraffes are so beautiful and graceful. Did you know that both giraffes and humans have seven neck vertebrae? Theirs are over 10 inches though. 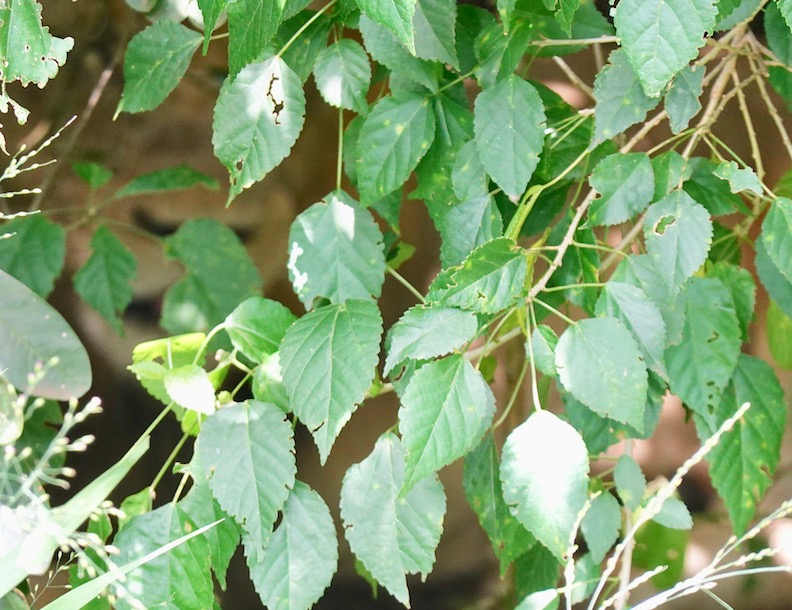 We saw one lion and that was tough as he was hiding behind the vegetation. Actually he was staying cool. 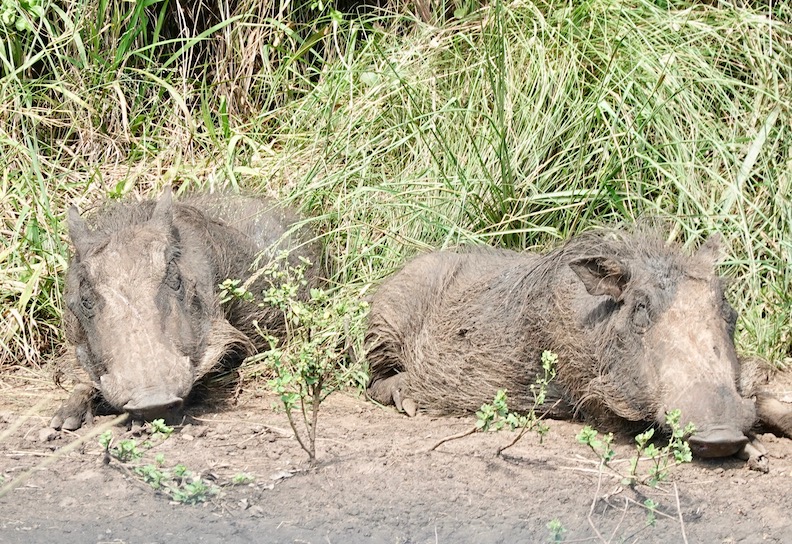