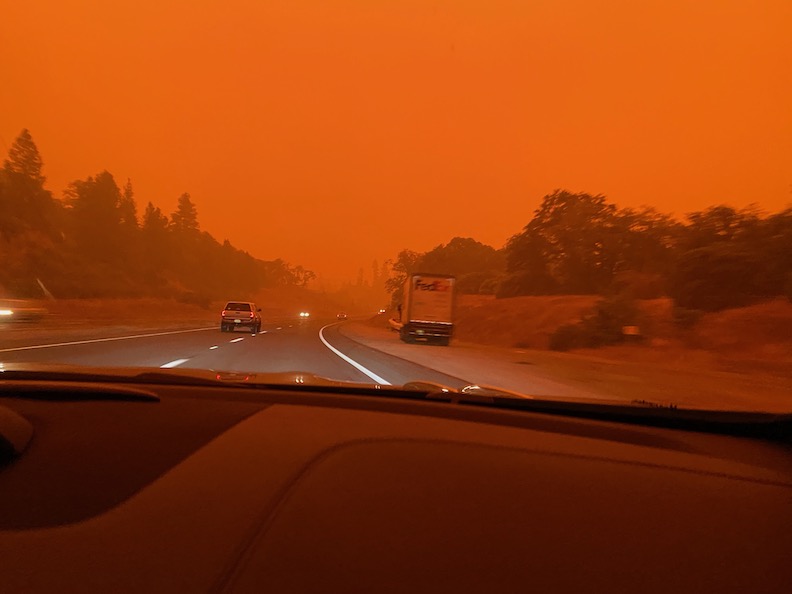 Some days just don’t work out as planned. Today we were planning on a leisurely drive from far north California through the redwoods ending up in Napa Valley for a relaxing afternoon and dinner.
Not so fast. A new fire started and grew to the point of widespread evacuation at Willits on US 101. The problem was that was our route and there were virtually no alternatives including skipping Napa and just going east.
I found the one road that left 101 to the coast (Fort Bragg) and back to 101 on the other side Willits. It not only cost us two hours but it was the windiest steepest road either of us had travelled. It was 60 miles of torture.
Later on I read that the evacuation route was exactly what I charted out. 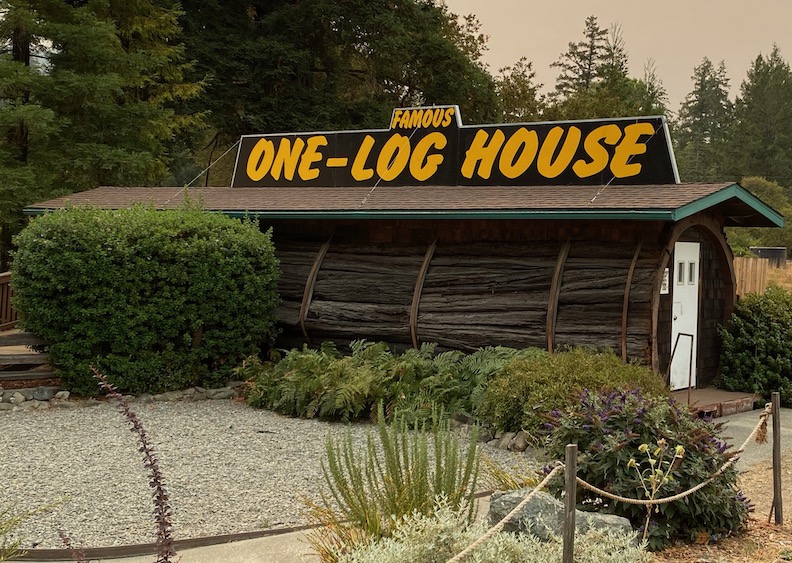 Early on, we did have one fun photo op at the one- log house. 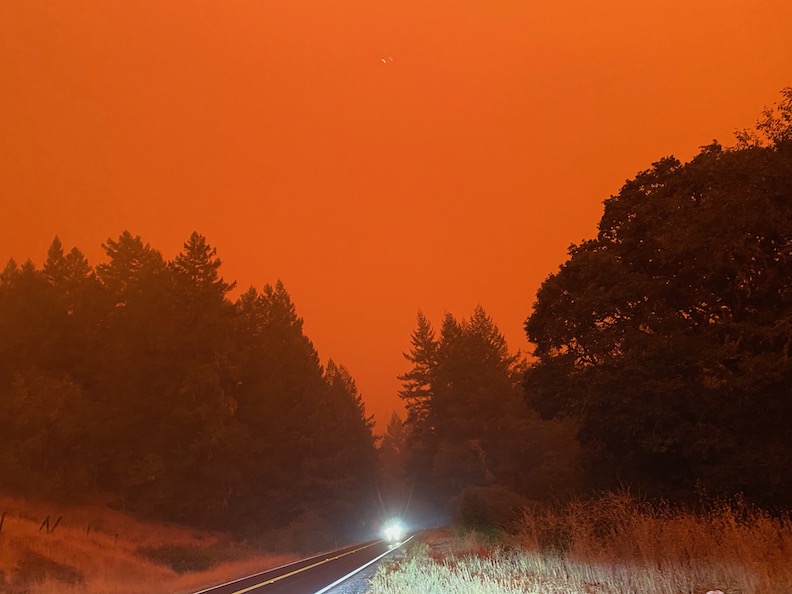 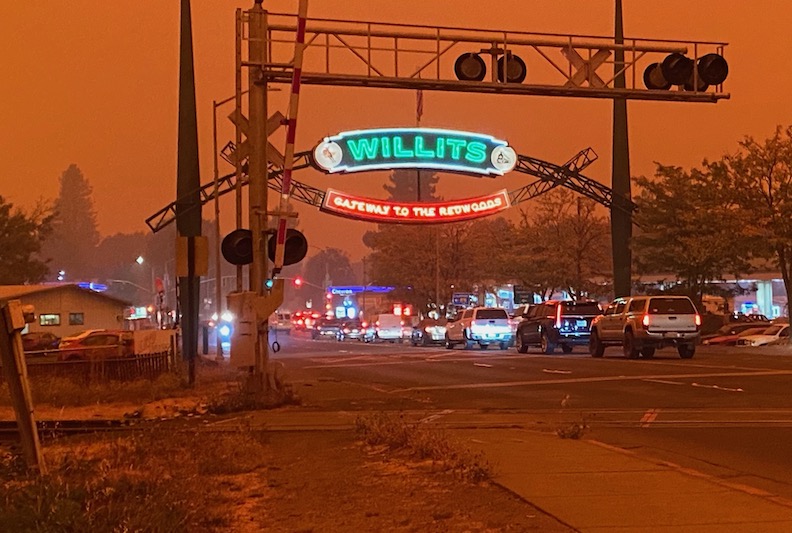 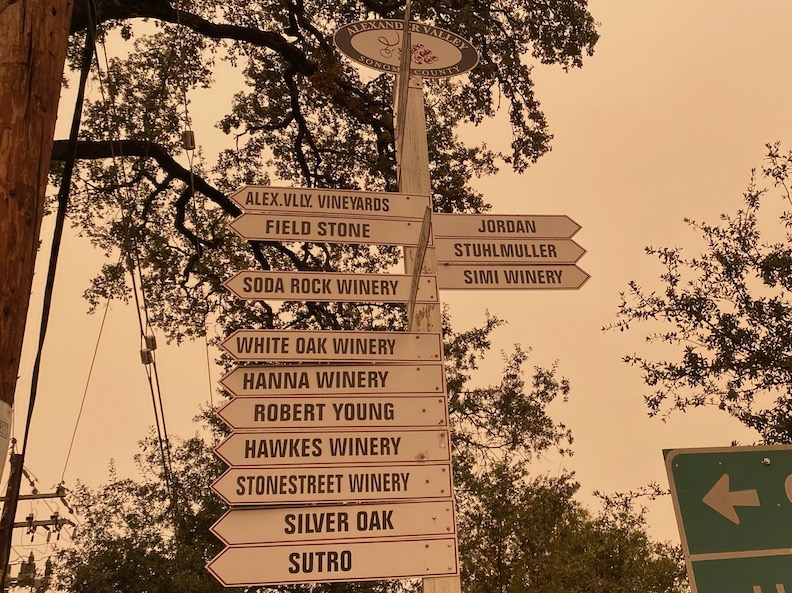 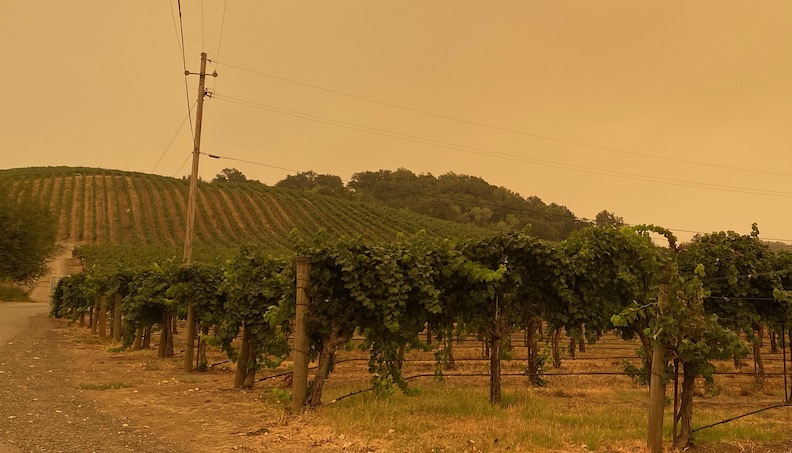 Finally we reached Sonoma County and then Napa where the sky was lighter although still clouded up. Grape vines stretched mile after mile. I wonder if the 2020 vintage will be terrible because of the smoke. Did you know that 2017 had serious fires locally and much of the wine juice had to be tossed because it smelled like cigarettes? 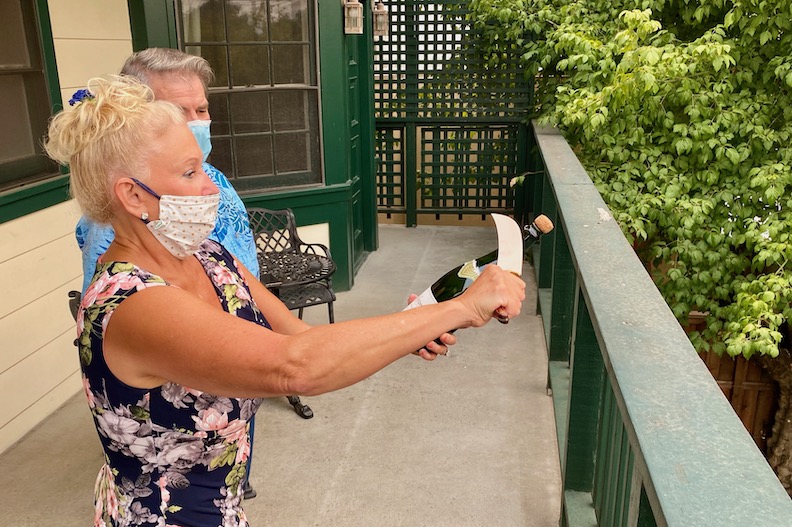 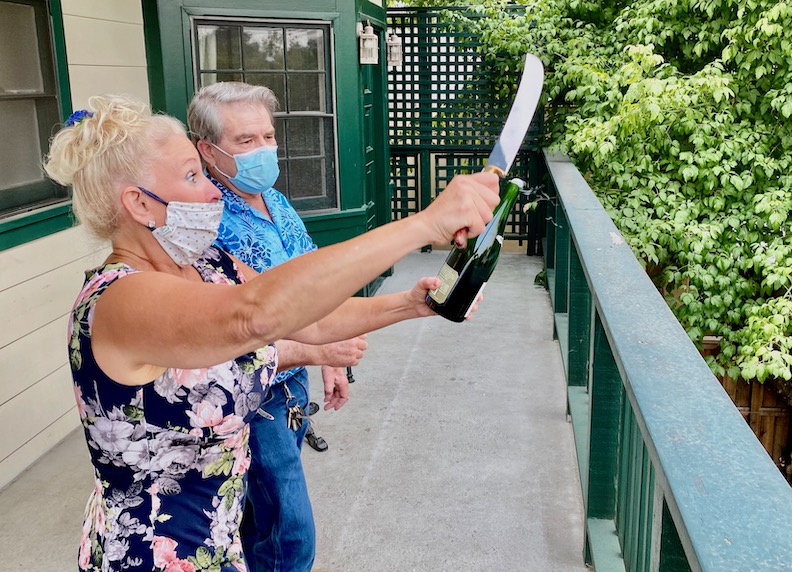 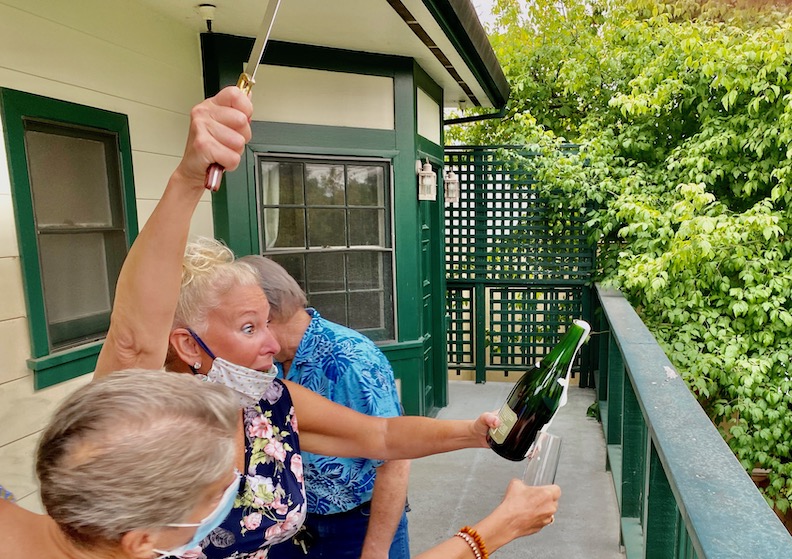 The latest rage in opening champagne is with a saber. Allyn did it her first time out. 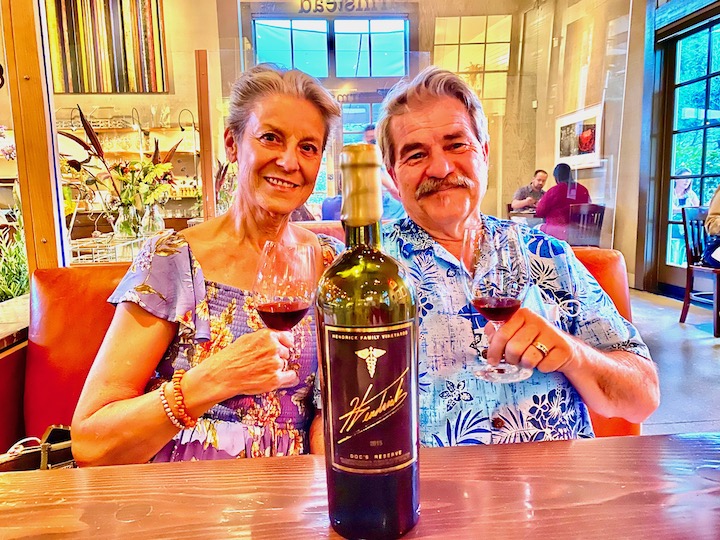 While here we had dinner with our friends Dorrie and Dan. They were kind enough to bring us a bottle of his private stock that he produces with friends.