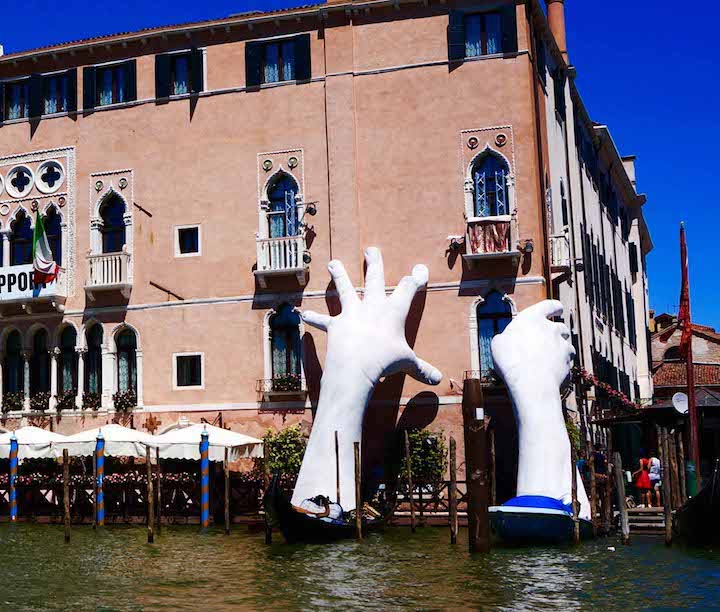 Well it’s that time of year again. The poker season in Las Vegas is done and it’s time to ditch the heat, and chill in The Med for a month. For years I have said how much I love traveling, except for the traveling part. This week was no exception. We have been anxiously awaiting our one-month cruise from Venice to Barcelona.

Using points on Business and/or First Class air travel has become tougher through the years because planes are full and airlines are stingier. They have wonderful promotions about their mileage programs; just don’t try using them when you want them.

Back in mid April, I was lucky enough to find a wonderful connection using Delta points from LAS/JFK/VCE (Venice).

This Friday I was minding my own business and I get an email from Delta alerting me that there may be weather problems in New York for my Sunday night connection adding that if I choose they would allow a reroute at their expense. Given the flight was days off, that seemed strange on the face of it, but I called Delta anyway to see what was up. The very nice and competent lady on the other end told me the law has changed recently and the airlines have a new obligation to warn flyers of potential problems or they could have serious liability.

While looking at change options she discovered nothing was available for me because I was using points. However she suggested reaching out to a supervisor to see if they would override that since it wasn’t my fault that I may need to change.

Minutes later she came back and said we have a much bigger potential problem because my ticket was cancelled and we got lucky that I received the weather alert because I could have would up at the airport without a valid ticket. The points were even put back in my account. They said I was originally booked in December and then cancelled. That was not true whatsoever but the point is I had not reservation.

The lady told me she would stay with me until resolved and had to go through two or three other folks but they made it happen again. Rates had gone up but they booked a false trip for the same price and then cancelled, rebooked, reconfirmed and re-ticketed. Meanwhile every few minutes she checked back and said they were working on satisfying me and they did. It took 90 minutes, but they fixed it.

Ironically during the wait she checked the NYC forecast and chuckled in that there was just a 40% chance of showers and the whole thing was probably a big nothing.

So Sunday morning Allyn and I pop out to the airport and find out the flight has been delayed 90 minutes, but not to worry because we had a 2.5 hour layover in New York and just had the extra wait in LV instead of NY.

Guess what after waiting for what seemed like the longest time on the tarmac the captain told us there MAY be a mechanical problem, but we had to go back to find out.

Bottom line, no matter how long the delay, we would now miss our connection in New York to fly to Venice. That meant overnighting and in New York and arriving Venice 15 – 24 hours late.

They announced on the plane that people could cancel but they suggested to wait and go on this flight because their other NYC flights were all sold out AND there were no hotel rooms available in Las Vegas because it is a big convention week.

Then the gate agent actually sought us out and said they booked us on a completely different route to Venice via Minneapolis and Amsterdam. It would get in at 4:30 instead of 10:30 but we already were four hours late. They could not have been nicer.

The only problem was we had to fly coach on the first segment. That is normally no big deal except I still had to pay with the first class points.

Although our flight to MSP was both cramped and adjacent to a crying baby, it was otherwise uneventful. Our ride to Amsterdam was delightful and seemed to be fine when headed for Venice. Five minutes before landing the captain got onboard and said there are local thunderstorms and because we were sixth in line we didn’t have enough fuel and a refueling stop would be necessary in Bologna.

So off to Bologna we went. Finally we arrived Venice in the evening instead of the morning.

It seemed like such an ordeal, but upon reflection, the Delta people did the best they could and got us to Venice the same day as scheduled and we didn’t have to overnight in New York. 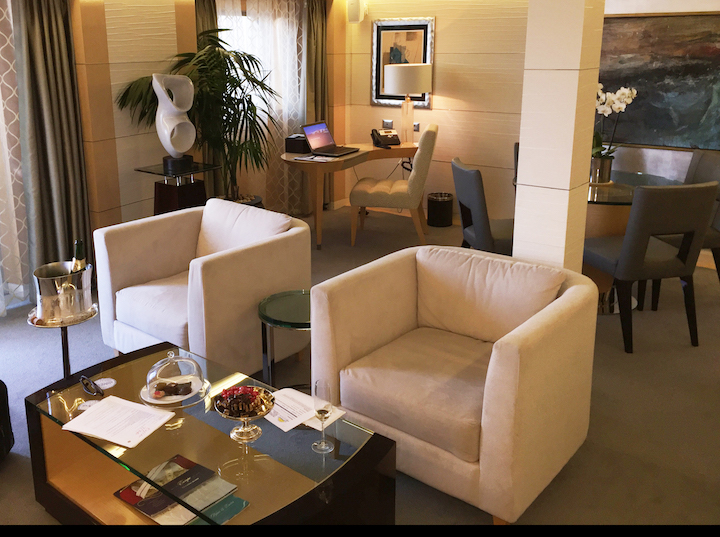 Here we our in our beautiful suite on the Oceania Riviera, our home for a month. Things are actually great. It is just that flying is a pain.