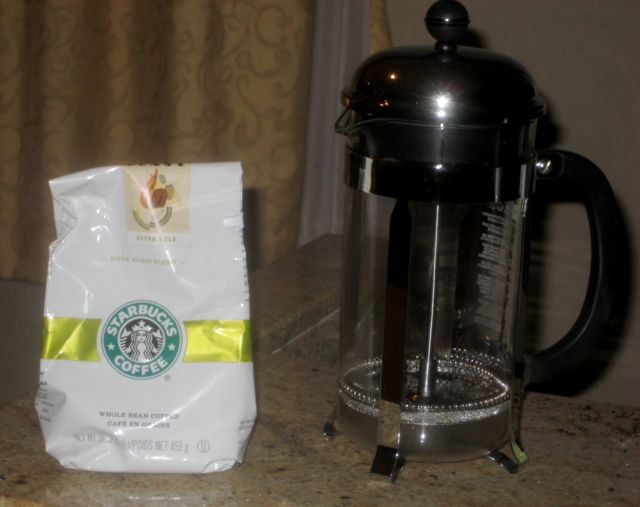 Today’s prime daytime activity was to be “A Day at the Country Fair” out by the pool. These tend to be fun.  But, since the seas were high, they had to cancel it.  Thinking fast, they replaced it with a putting contest. Hmm.

We did enjoy an interesting presentation about Michelangelo and his issues with various Popes. He did not hold them in the lofty position that others did during his time, because he spent considerable time in his youth with the Medicis. The reason this is important is that two of them, his buddies, became Popes. They were just normal people to him.

I spent significant time tracking down a Starbucks in Buenos Aires. I take my coffee very seriously. Since coffee generally sucks on all of the cruise ships, we bring our own French Press and buy beans around the world. I go about a month now between Starbucks, so I will need about 3 more pounds.

Today we also attended the first (of eight) Captain’s farewell parties. These are always fun. It used to be a good place for free drinks, but  nowadays drinks are complimentary on the ship. However another current innovation is that they show a movie of the cruise. It is a nice time for people to get all teary-eyed with new friends.