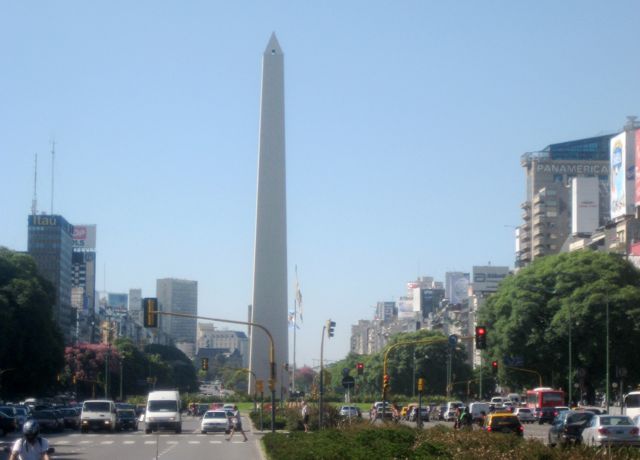 It was a busy day today.  Because we are going on a trip tomorrow morning at 6:00, it did not make sense to go out on the town tonight. Furthermore the ship was not scheduled to arrive until 1:00 p.m.

We actually did not arrive until about 2:30 because there was so much maritime traffic. The port is very shallow here, and in certain parts we only had 3 feet of water below the ship.

The result was that I had three hours to learn Buenos Aires, learn about the the Jewish Community here, and get my Starbucks. My experience is that with a private guide and car we can learn and see much more in three hours than bus tours do in eight hours. That is what we did.

Furthermore, Allyn’s oldest and dearest friend, Stephanie, was to join us on the second leg. The ship was kind enough to let her board today, a day early, since she already arrived in Buenos Aires.

This city is very international, much more so than even Rio. It actually looks very similar to a big East Coast city, with modern high-rises and old run-down neighborhoods. The people stem from many Italian and Spanish immigrants. As such, the people tend to have the “dark hair look” common to New Yorkers.

I expected a third world feel and certainly did not get it. 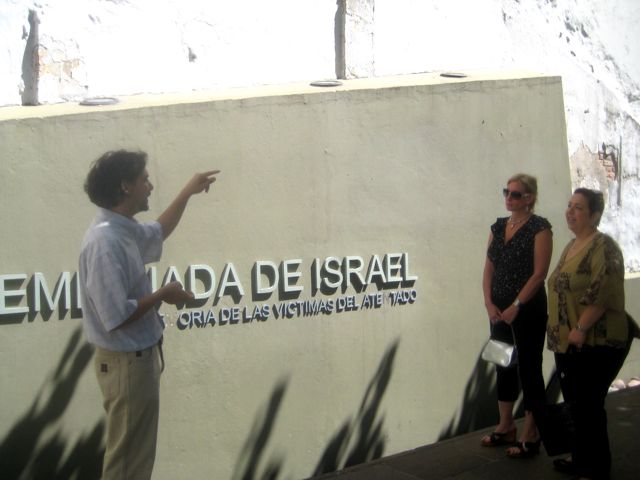 There are 200,000 Jewish people here, but they are much more visible and influential than their numbers show. Unfortunately, like we witnessed in Mexico and Turkey, there was huge security at everything Jewish because of past problems. Above you see a picture of the site of the former Israeli Embassy (which was blown up). 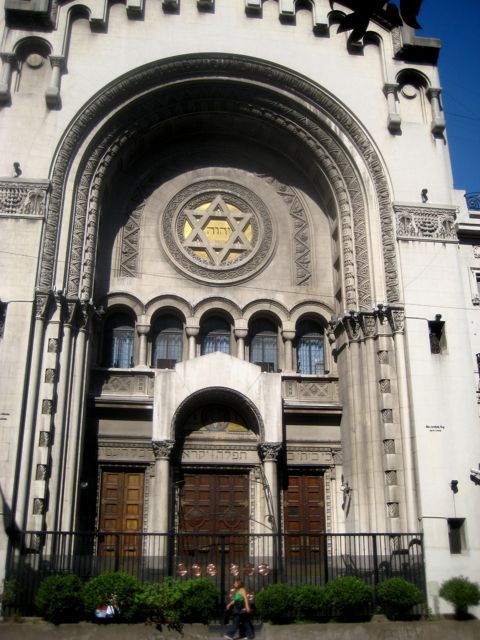 Agriculture is huge in this country, but unlike the U.S. (where there is a huge farmer population), about 1,000 families own all of it here and are generally very prosperous.

The Boulevard 9 of Julio (from their Independence day), is the widest in the world, according to our guide.

The city has a certain French look, because wealthy people 100 years ago liked this look and made it happen.

By the way, Peron was not a Nazi. Although he was Right leaning, he really liked money most. He let in Nazis, Jews and anybody else who would help his (financial) cause.