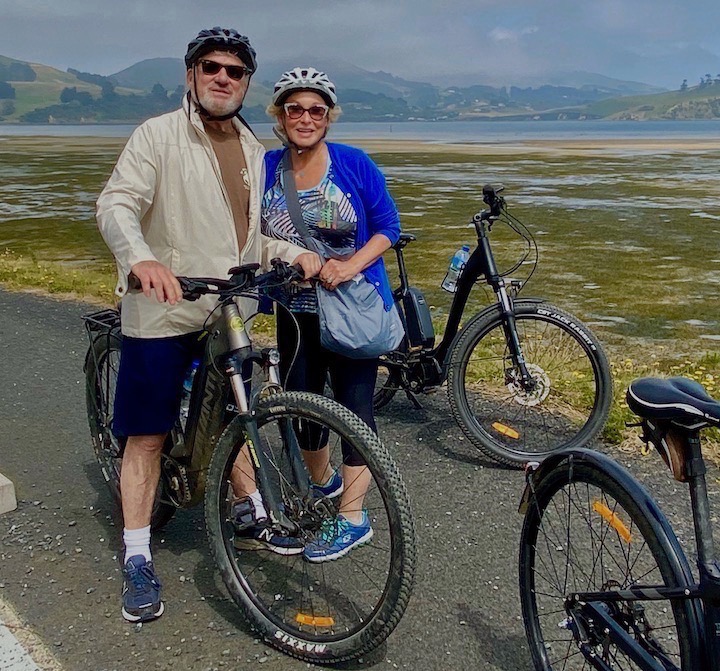 Normal folks take a car or a bus, but Allyn convinced me that it would be fun to take a long bike ride to see the world-famous Royal Albatross colony. 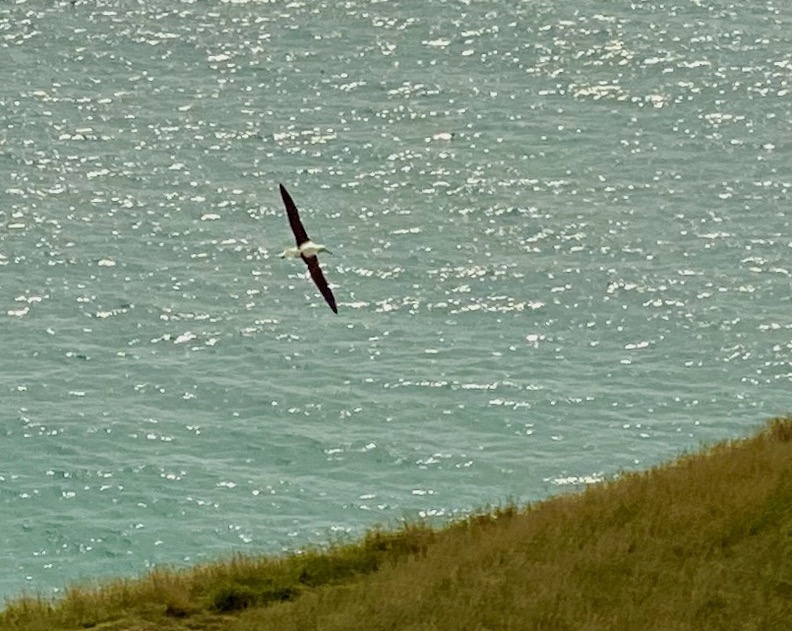 Albatross are the world’s largest seabirds. They normally breed on remote islands and spend at least 85 percent of their lives at sea. The only land time is for breeding.

Here at Dunedin is the only mainland Royal Albatross breeding colony in the world.

They have 10-foot wingspans which allows them major gliding. They don’t like to work hard, yet they travel very far.

In fact, when they leave their nests, they travel a third of the way around the world to hang out in South America.

Then they return and take the long route home, circumnavigating the globe, just so they can glide with the prevailing winds. 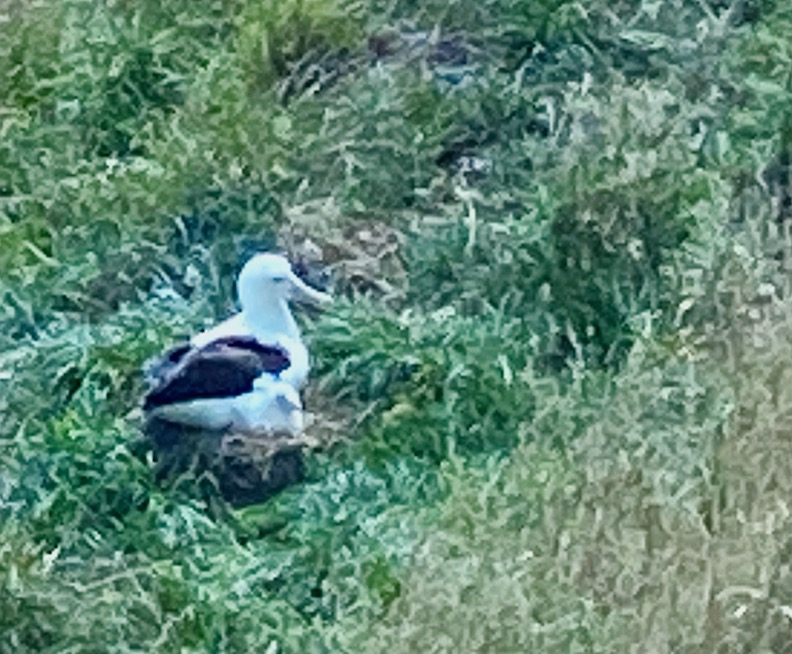 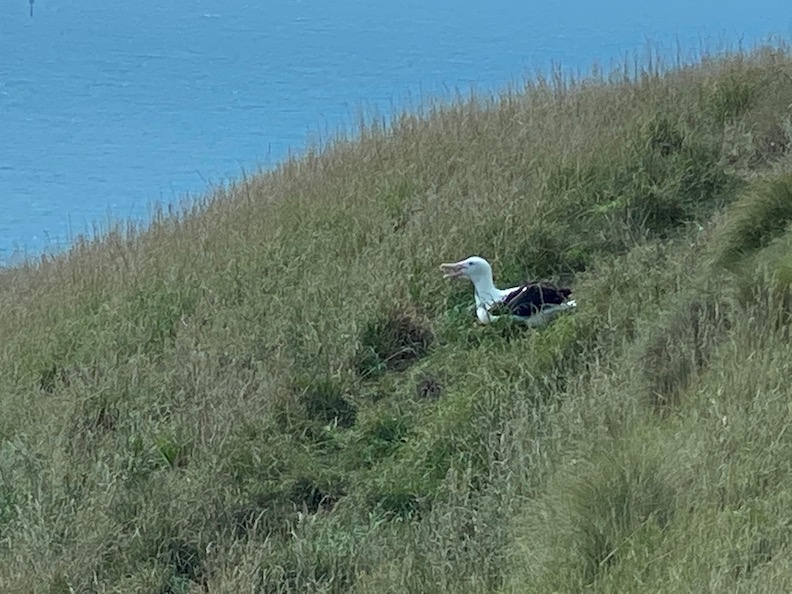 They only lay one egg per pair every two years. The breeders arrive back in September.

Incubation duty lasts a period of 80 days and is split between the parents.

The parents keep an eye on the newborns for 35 days and then they are on their own for protection, but the parents still feed them for a while.

They fly out the next September.  They return in five years, and the cycle starts again.