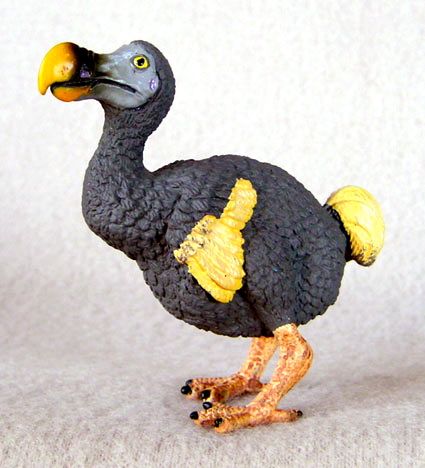 This is trivia week I guess.

We have all heard about being dumb as a dodo, the bird that was so dumb it became extinct.

Native to Mauritius, our recent stop, the dodo has been extinct since the late 1600s.

It looked like a big fat pigeon that lived on fruit and nested on the ground.

They were not stupid. They just lived without fear of attack, because they had no reason to fear people.

They lost the ability to fly because they stayed on the ground. To some they appeared stupid because they ate small rocks, which aided in digestion.

The dodo became extinct because of one reason – humans and their animals.  Explorers introduced dogs, rats, pigs, monkeys, cats and other animals to Mauritius. They ate the birds’ eggs which were laid on the ground.

Dodo Bird is on the official coat of arms for Mauritius.