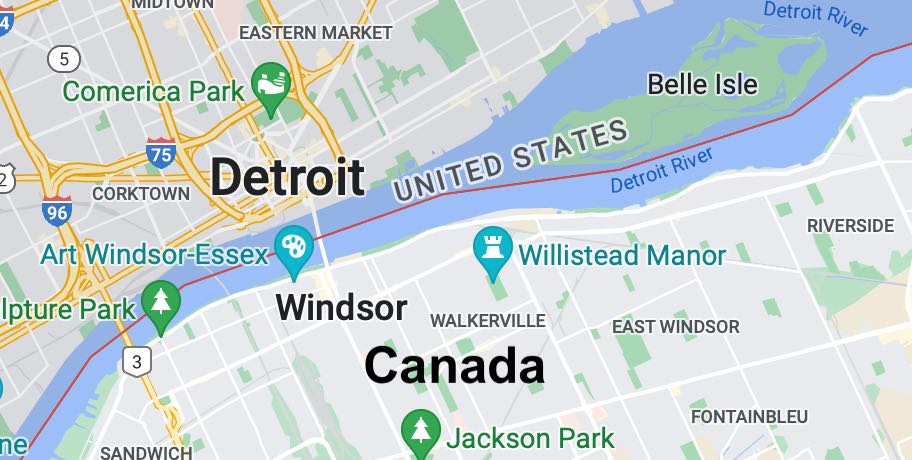 Did you know that Detroit is the only city in the U.S. where you go south to get into Canada? I did not. 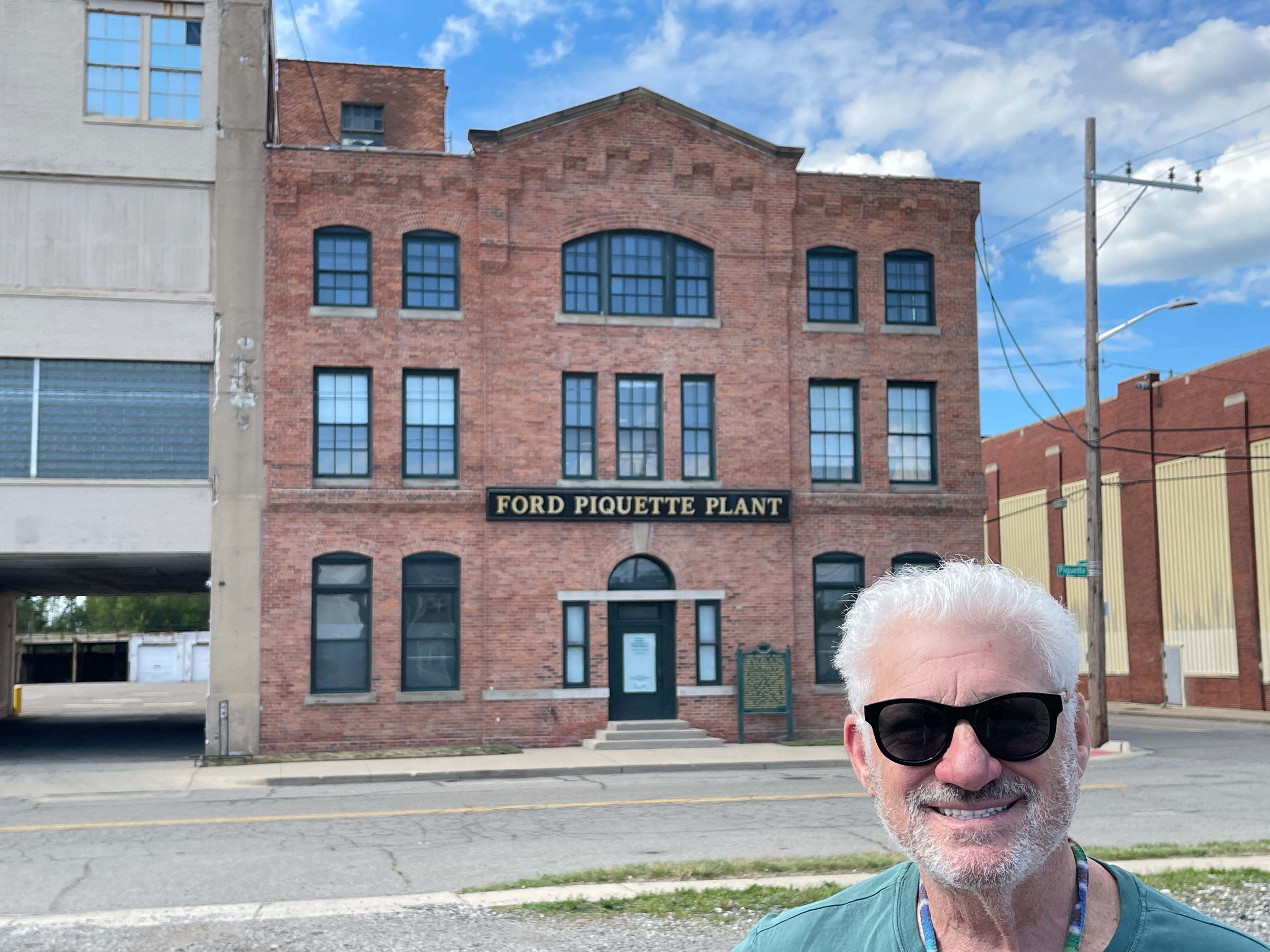 And, who knew that Ford Motor Company was Henry Ford’s third business. He filed for bankruptcy twice before. 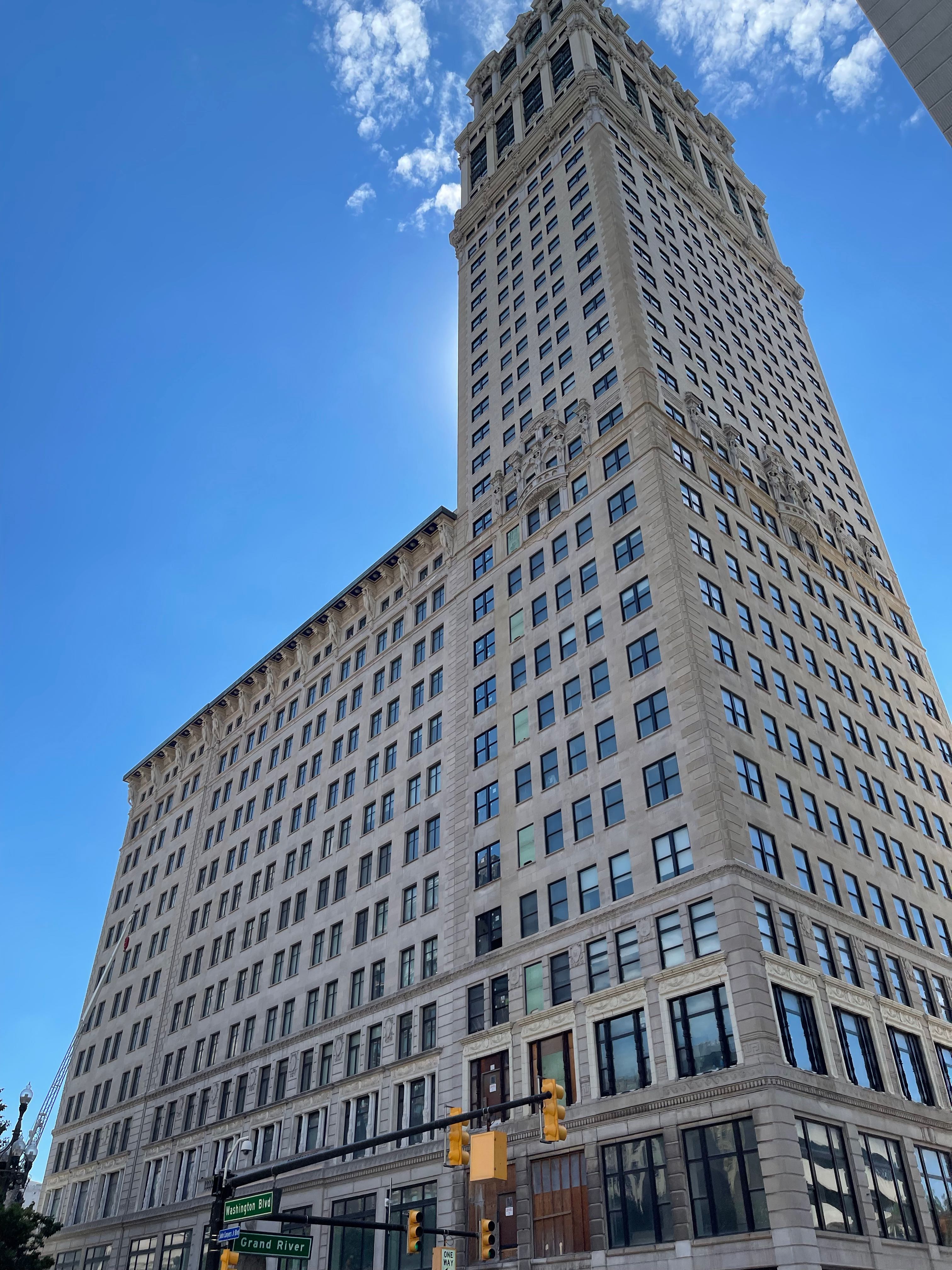 It is totally shocking to me to see how much building is going on in Detroit. They have much employment planned and distribution centers. However, since Covid, I feel more and more people will work from home and many developers will be in for a rude awakening.

In the fifties, Detroit was the richest city in the country with 1,800,000 residents. Then business went South, literally, and figuratively, and it became a very poor and dangerous city. In 2013 it even went into bankruptcy with almost $20 Billion in debt making it the biggest municipal default ever. Somehow things have revitalized.

Downtown Detroit is enjoying the most dynamic growth in decades – more than $5 billion of new development has taken shape over the course of the last three years alone.

For example, the Book Building and Tower ugly with grime sat mostly empty for years until their purchase in 2015.

They are now in the final stages of a $313 million renovation. They are scheduled to reopen the buildings later this year with a hotel, residential, retail, and office space. 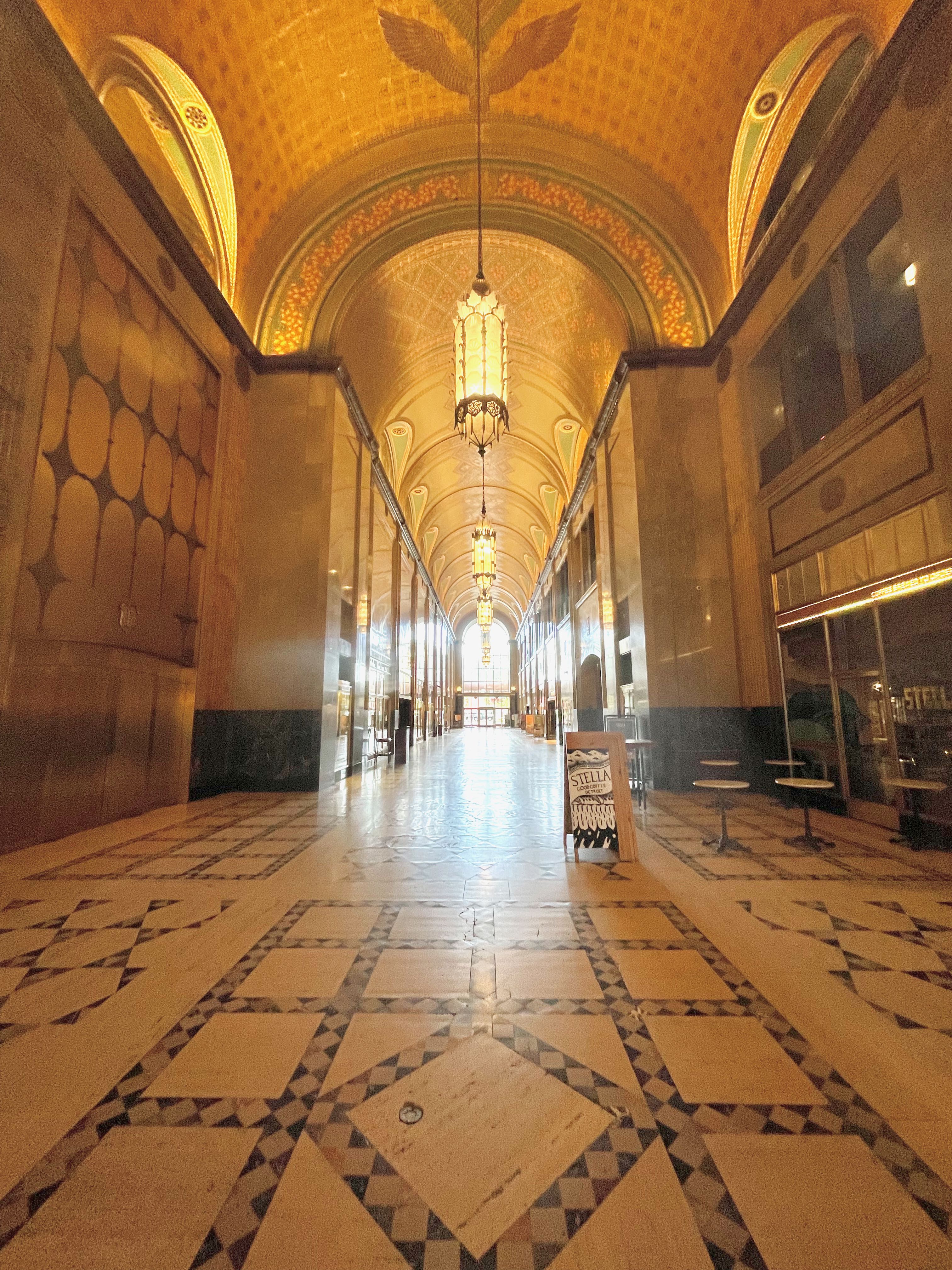 The Fisher Building is known as “Detroit’s largest art object”. The Fisher brothers spared no cost in building this 30 story art deco marvel, completed in 1928. They paid for it from their sale of Fisher Body Works to GM for about $350MM which is equivalent to $5B today. They made car bodies (not to be confused with the chassis.) 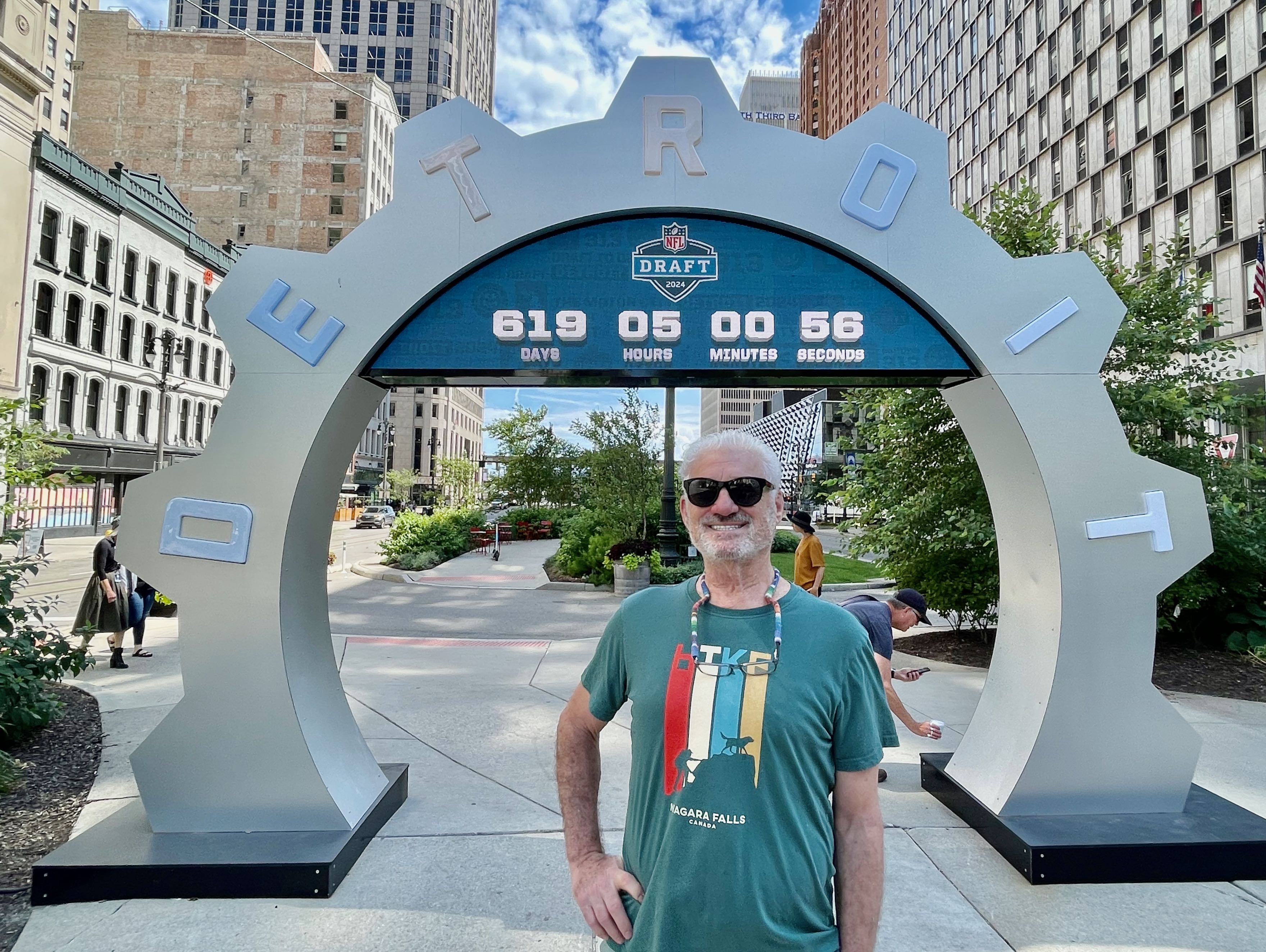 They are so excited that the NFL draft is coming. 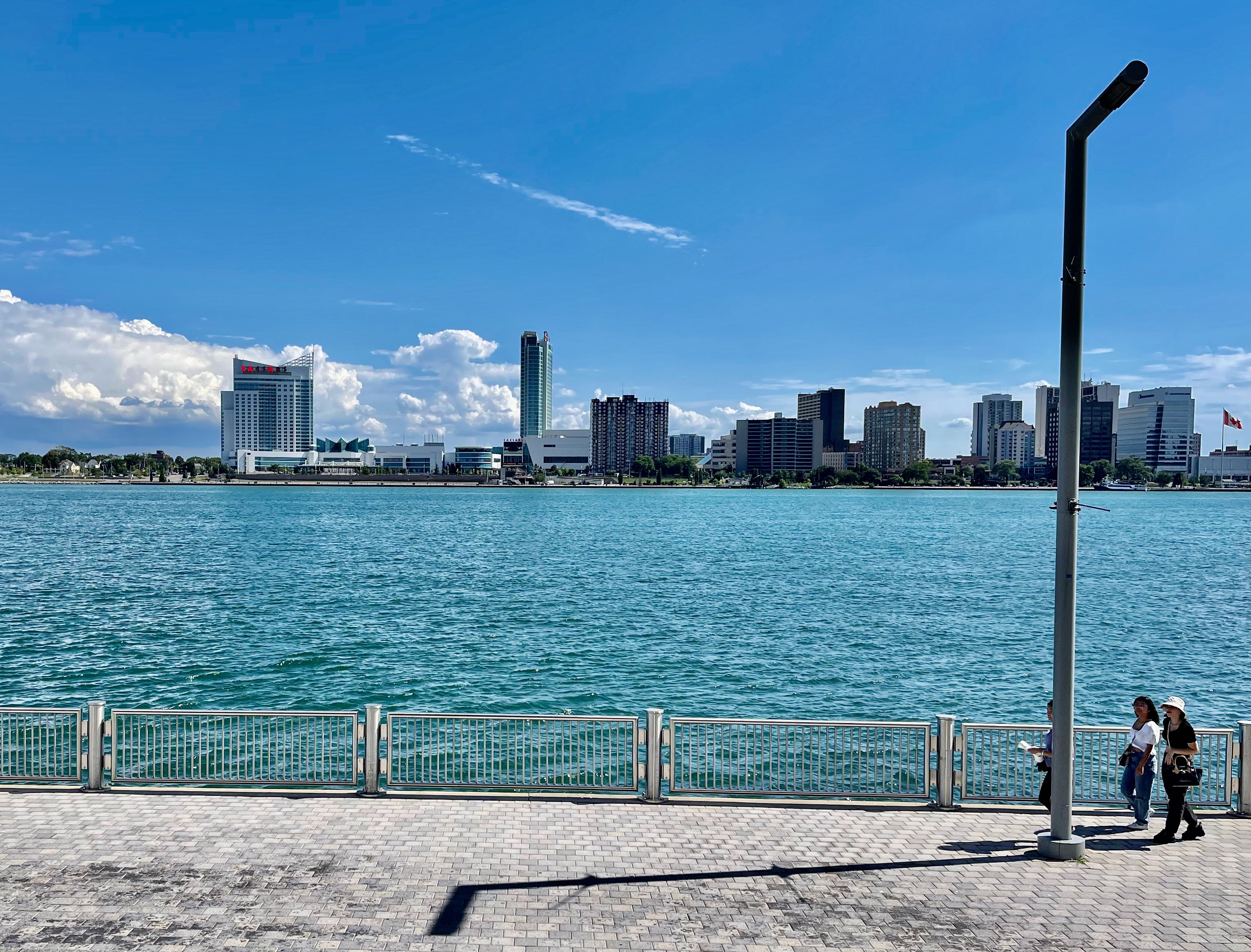 They have a four mile river walk which is quite nice. That is Canada across the river. 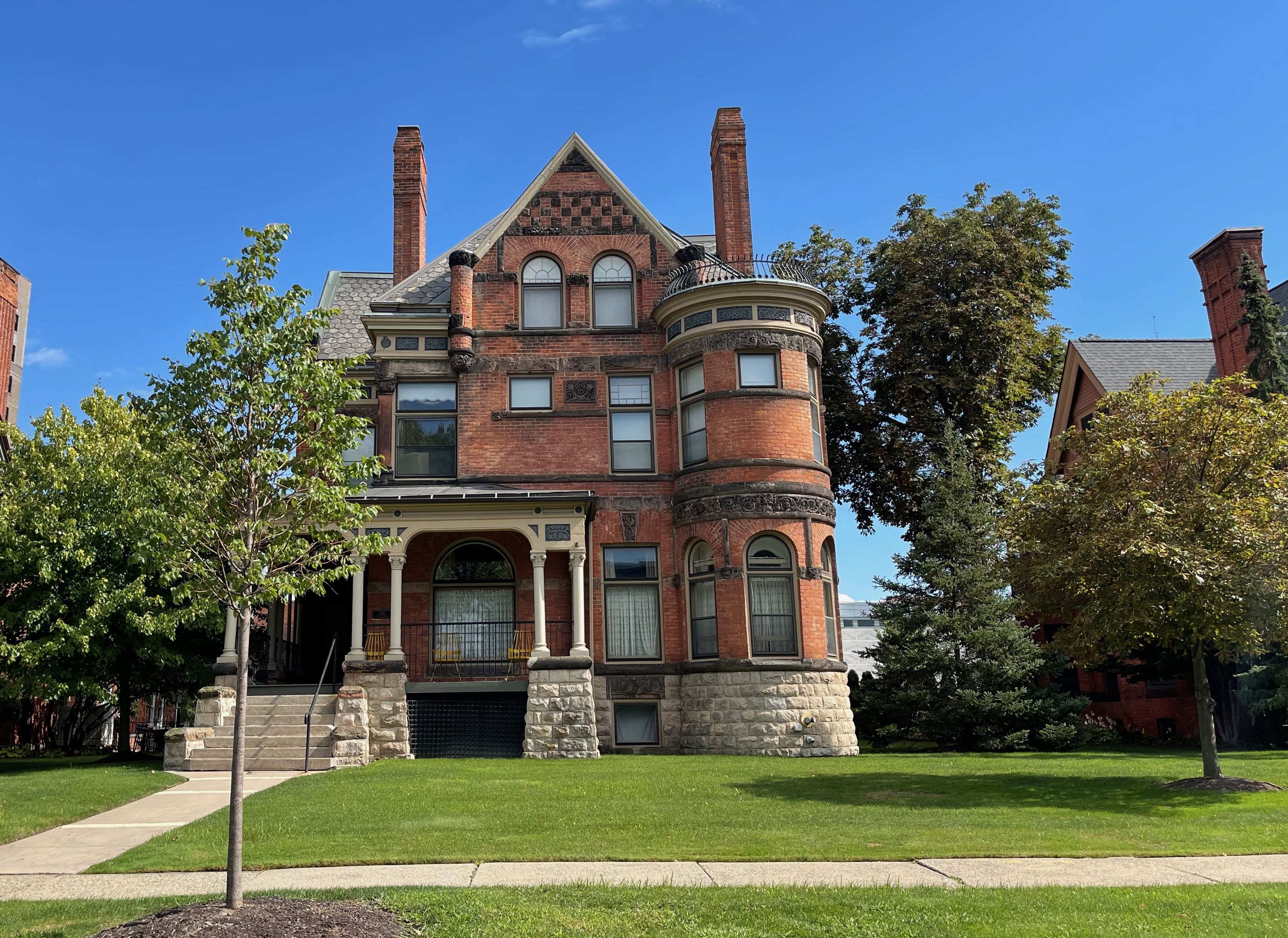 Some of the old mansions are quite impressive. 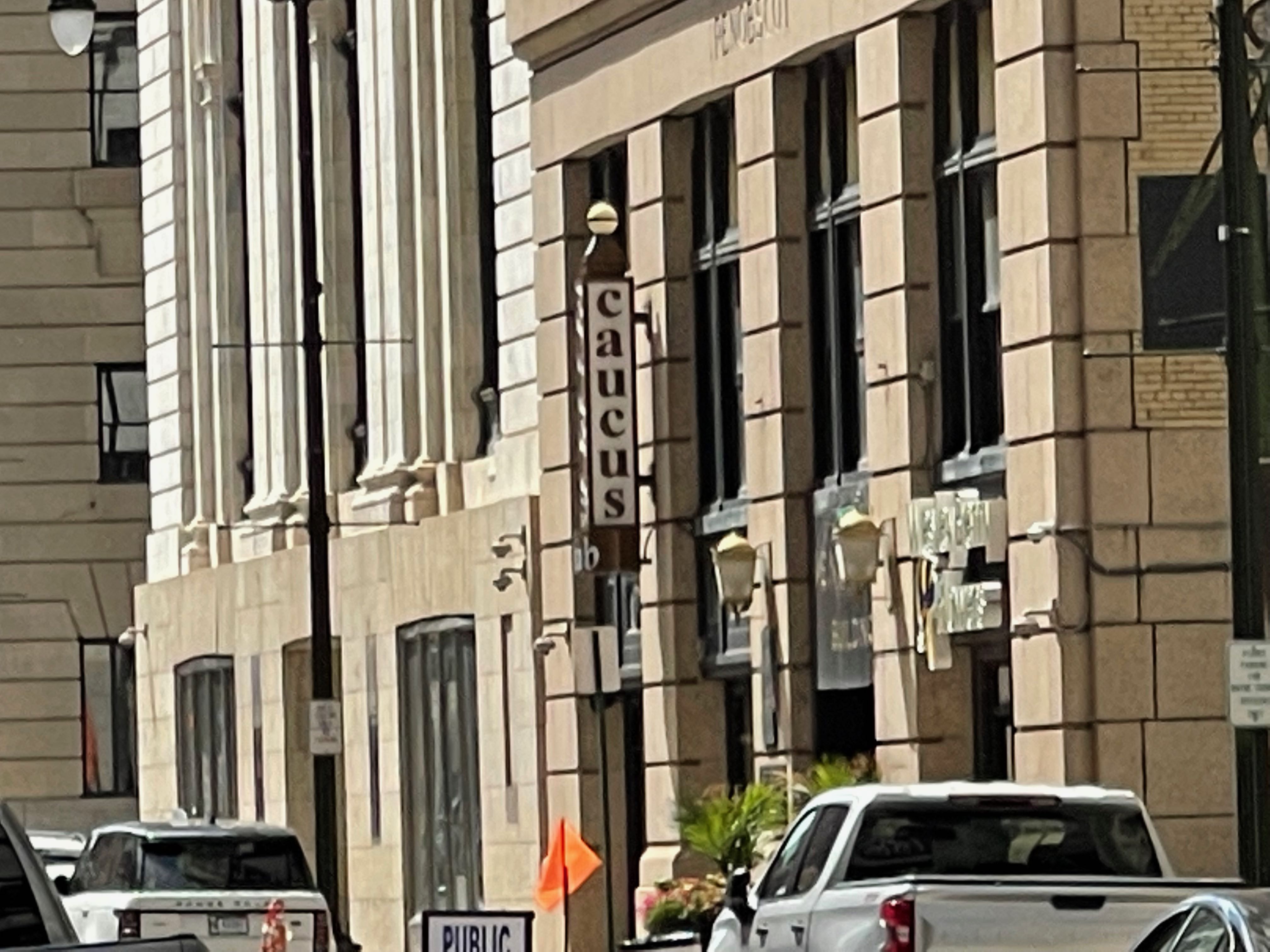 In 1961 Barbra Streisand’s first gig outside of New York was at The Caucus Club, an A-list facility. She was 18 and was paid $150 per week. 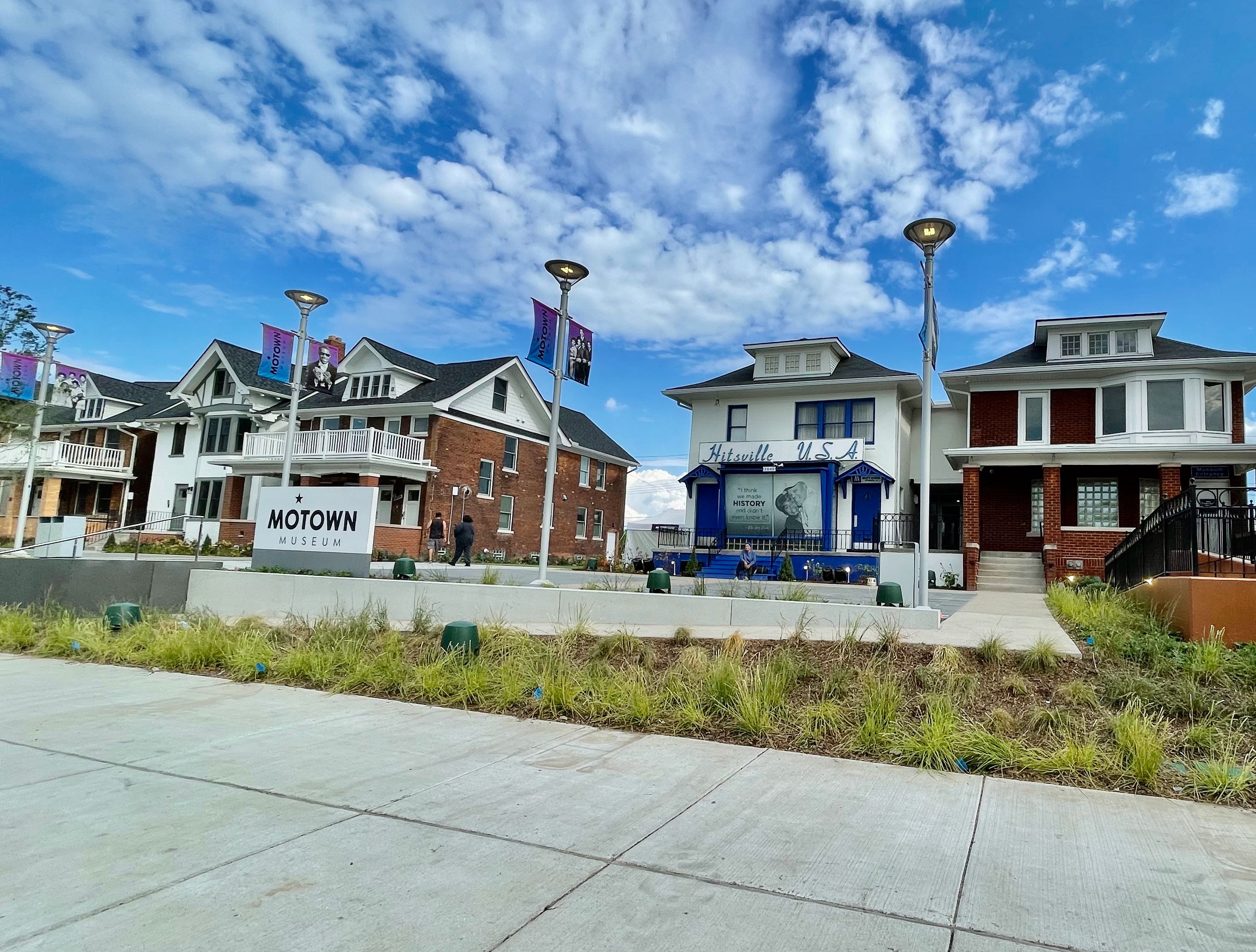 Of course no trip to Detroit is complete without seeing Motown. Unfortunately its renovation is not quite complete. They owned these five houses and, ultimately, one across the street. 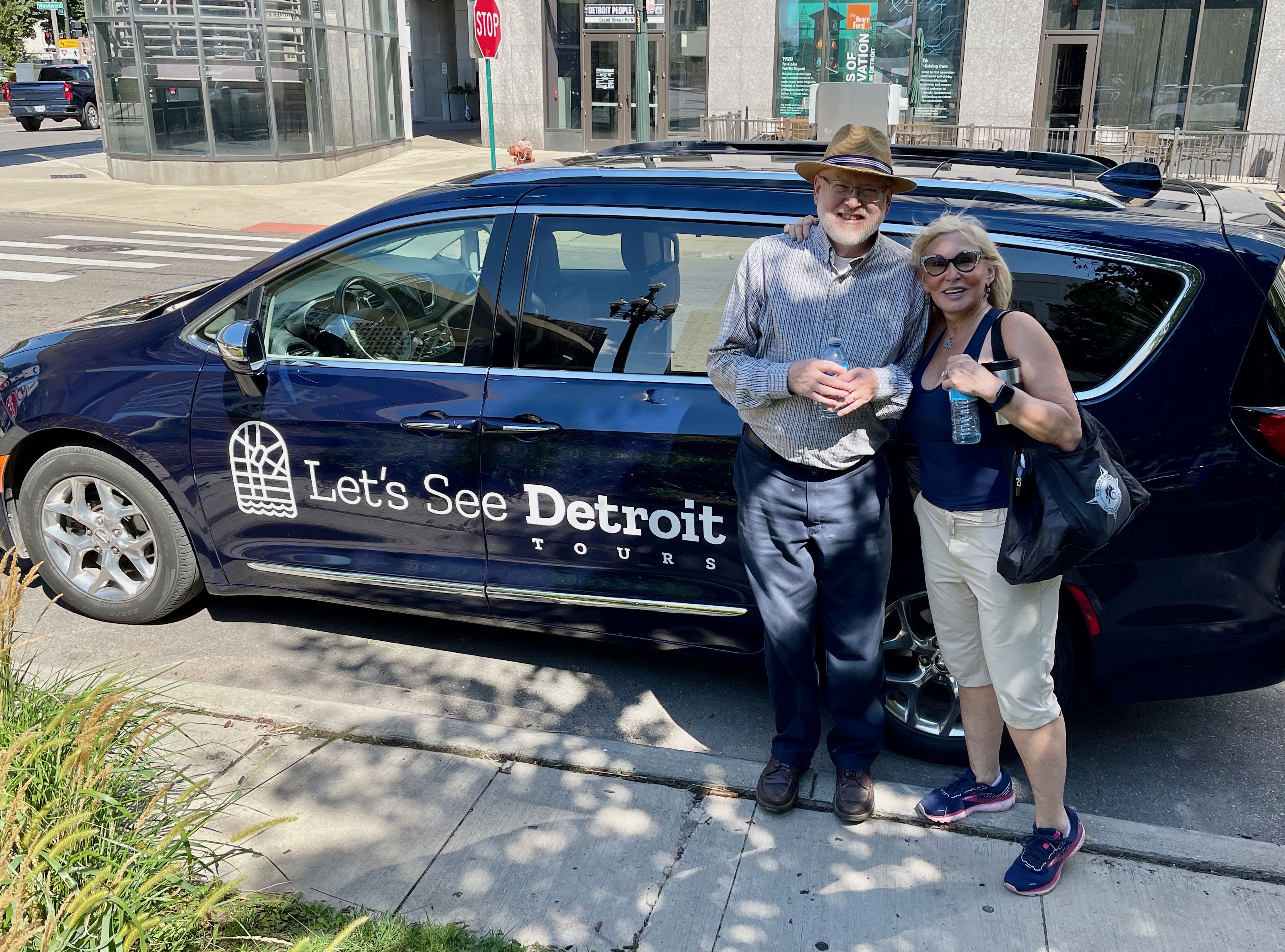 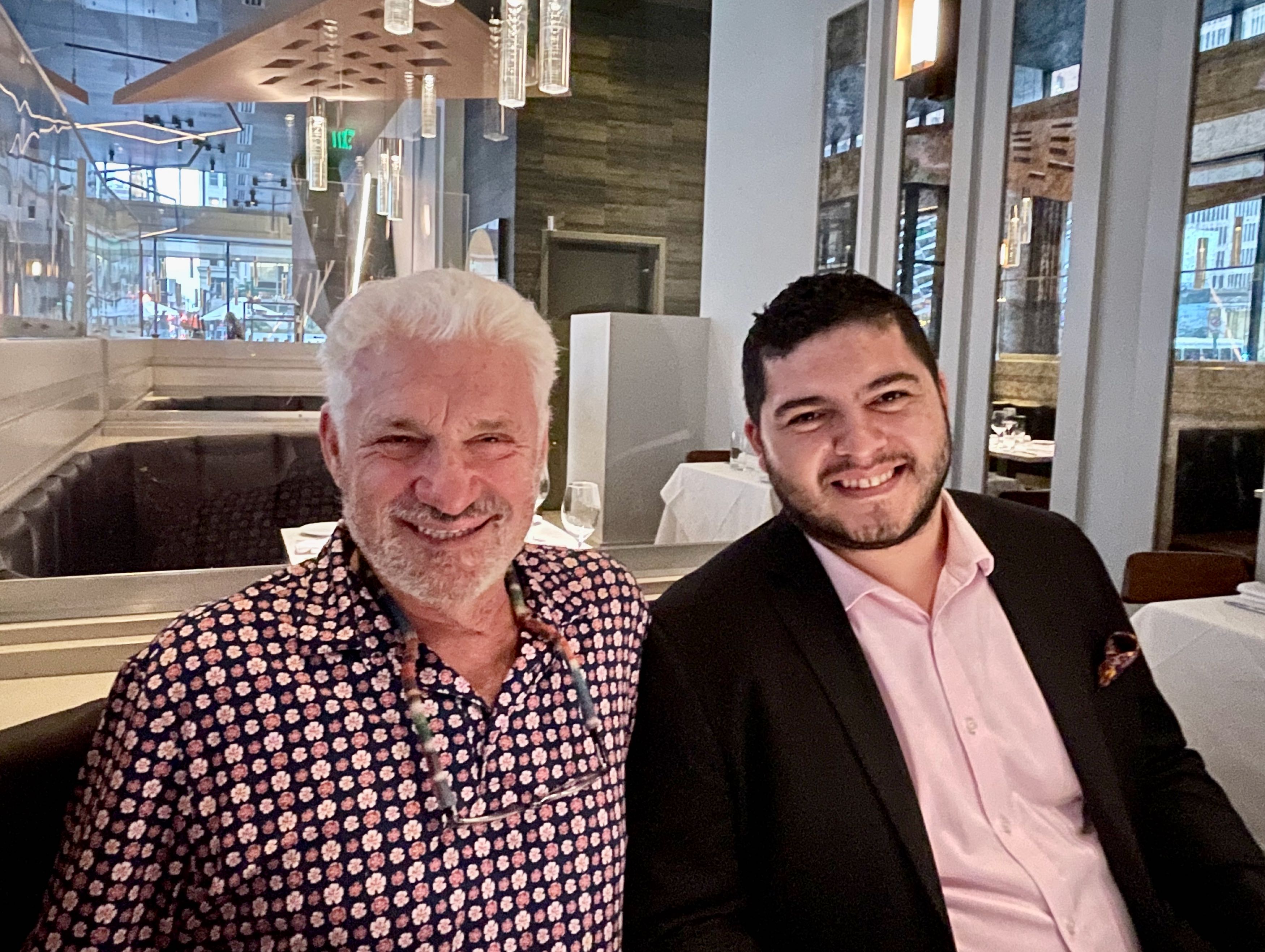 Plus, we had a great dinner at Besa! Gerti Began shown here, has worked his way up from assistant server to Managing Partner

We spent half a day at The Henry Ford Museum of American Innovation. It is particularly interesting as all of the exhibits are “the real deal” Some examples: 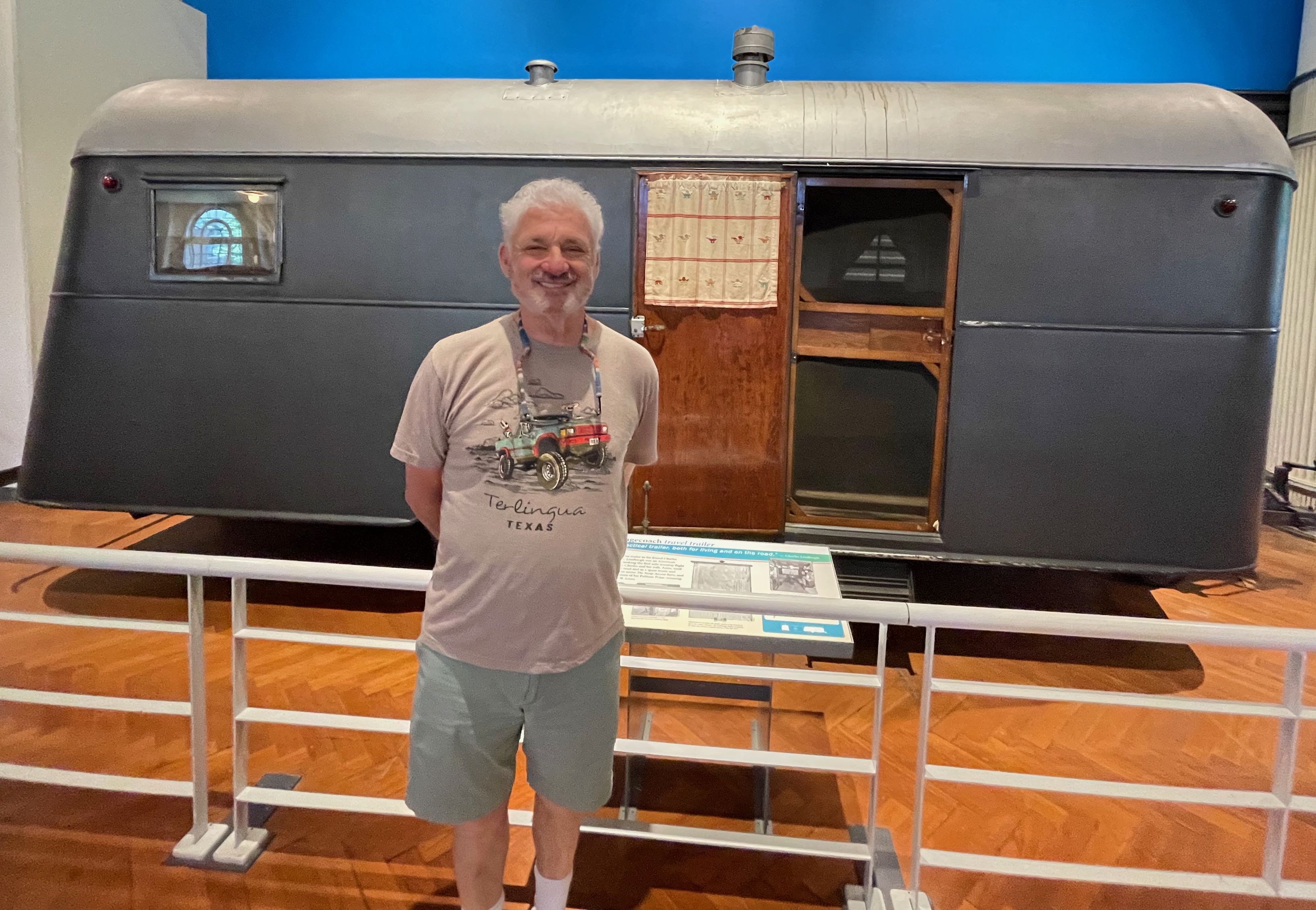 Charles Lindbergh’s 24-foot trailer was used as ther family home on the road and a study while at home. Henry Ford gifted it to him in 1942. 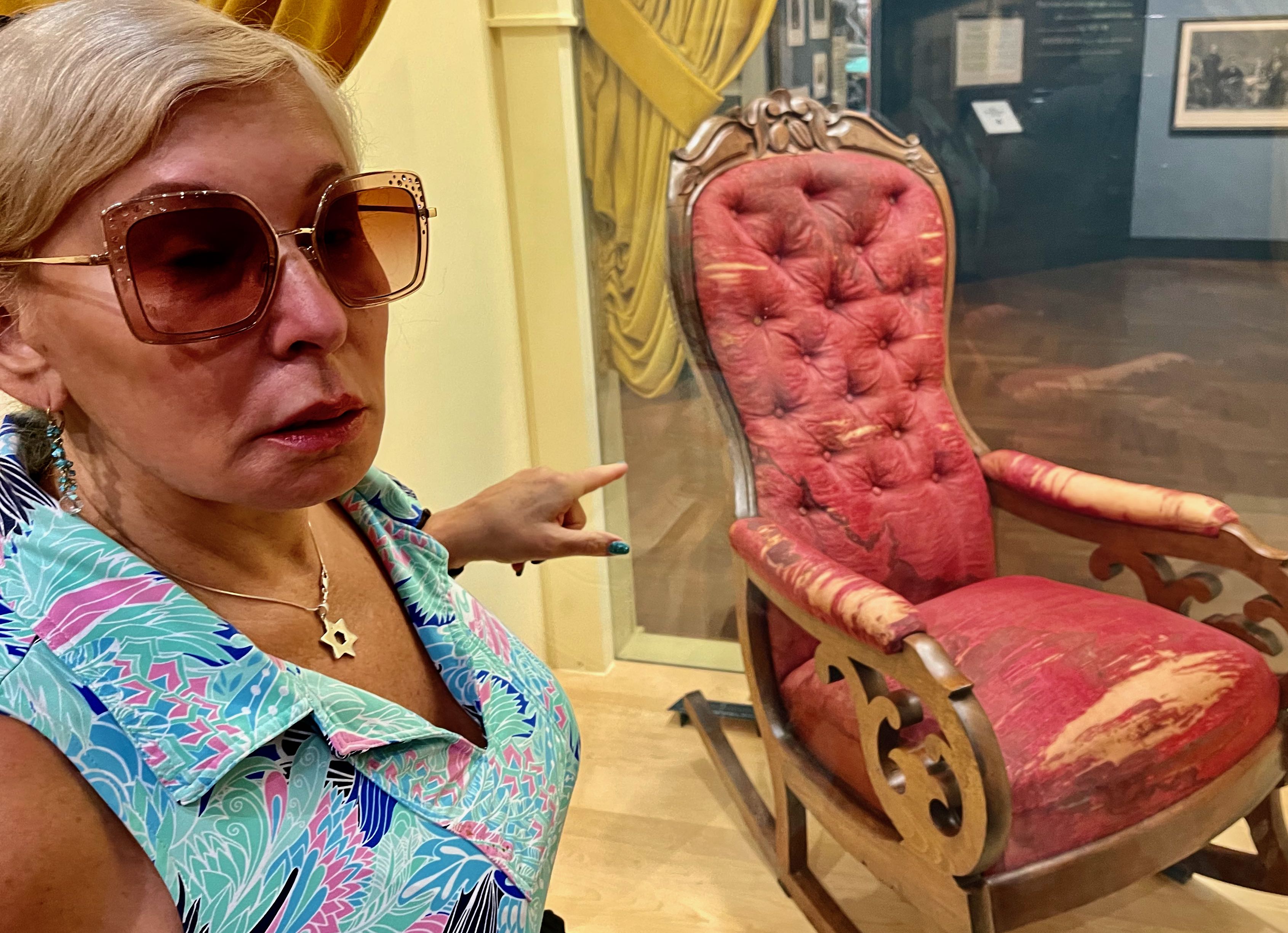 This is the chair Abraham Lincoln was sitting in when assassinated. 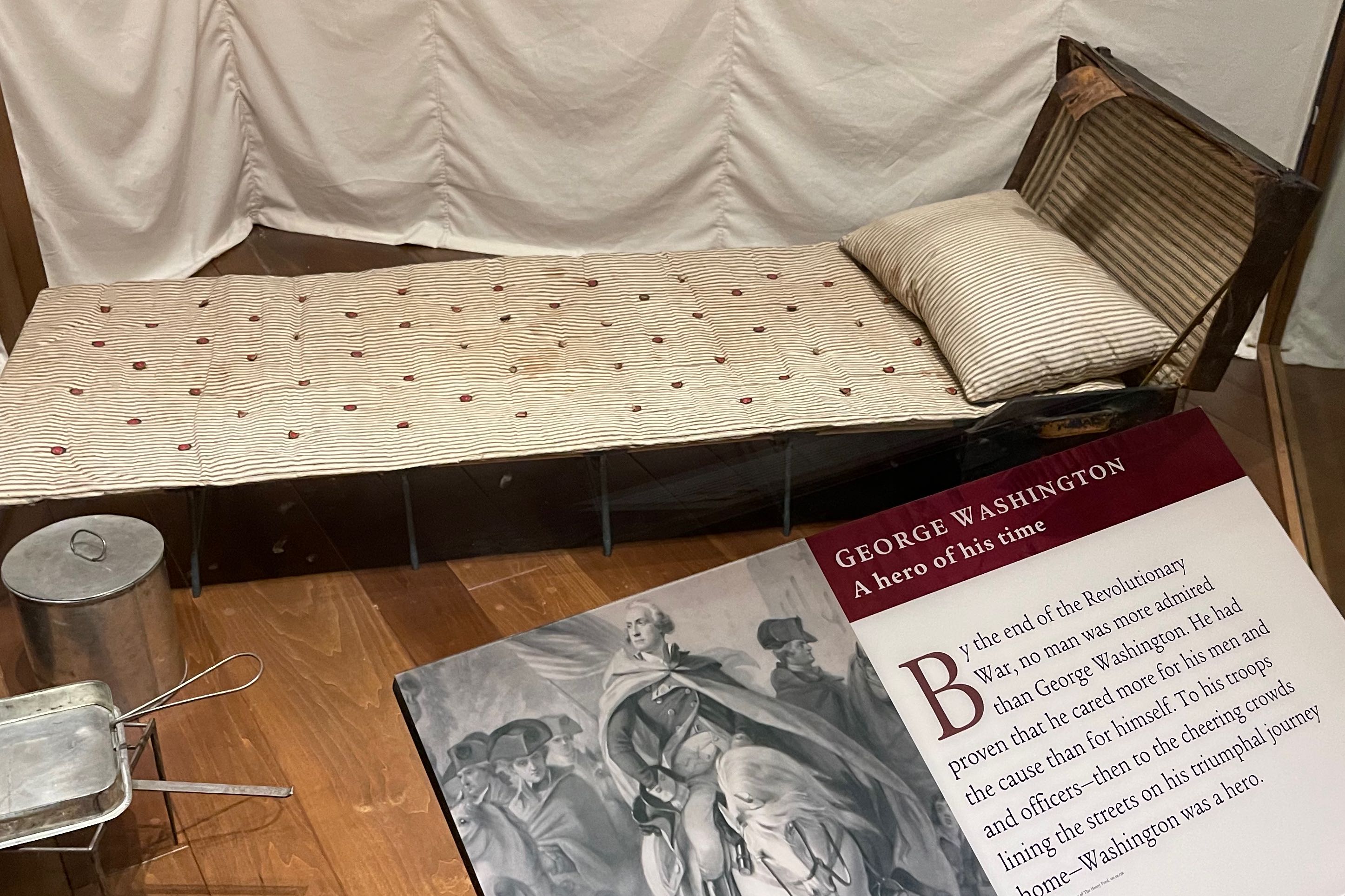 George Washington slept in this cot for five years when in the field during the Revolutionary Road. 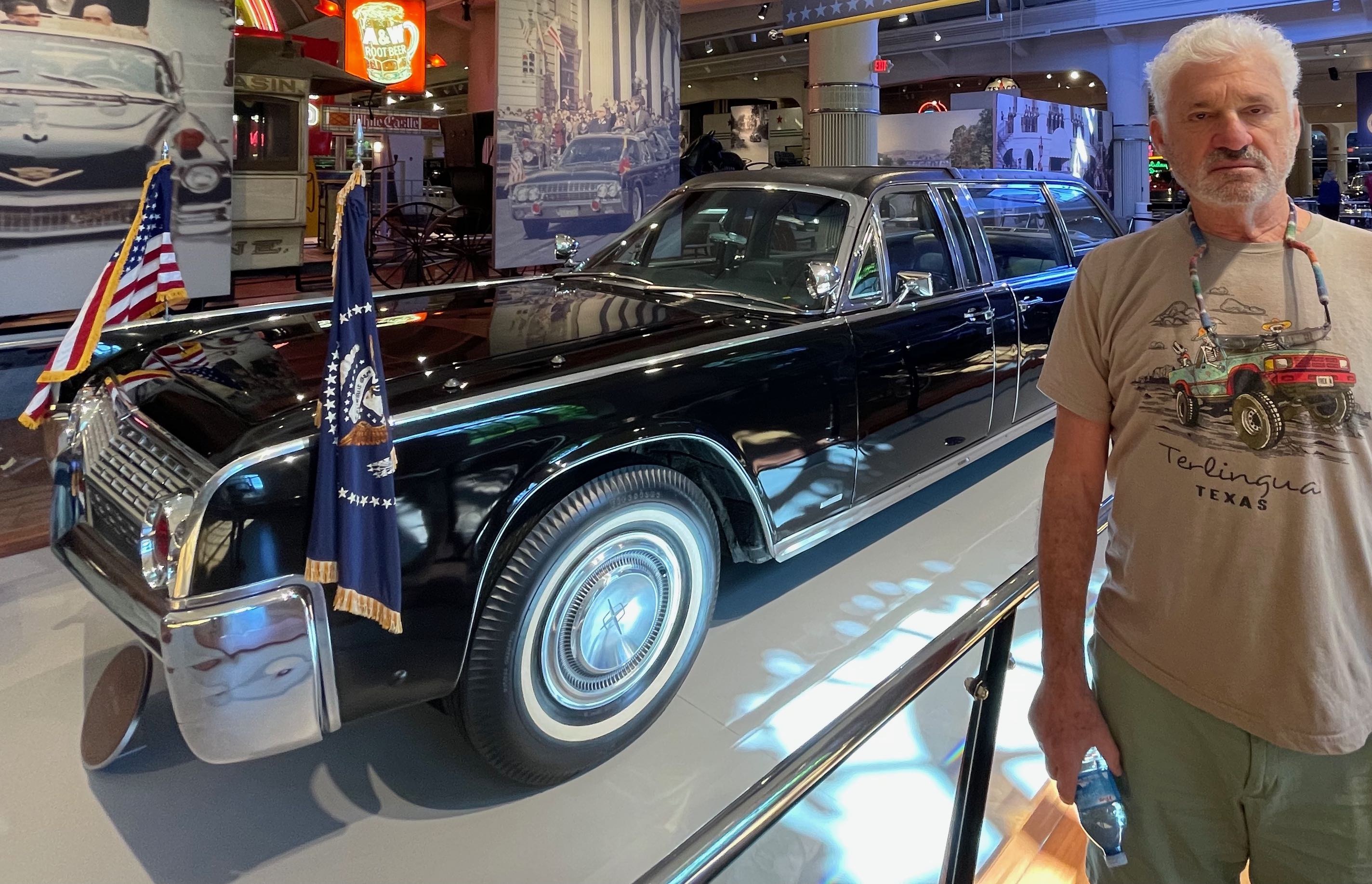 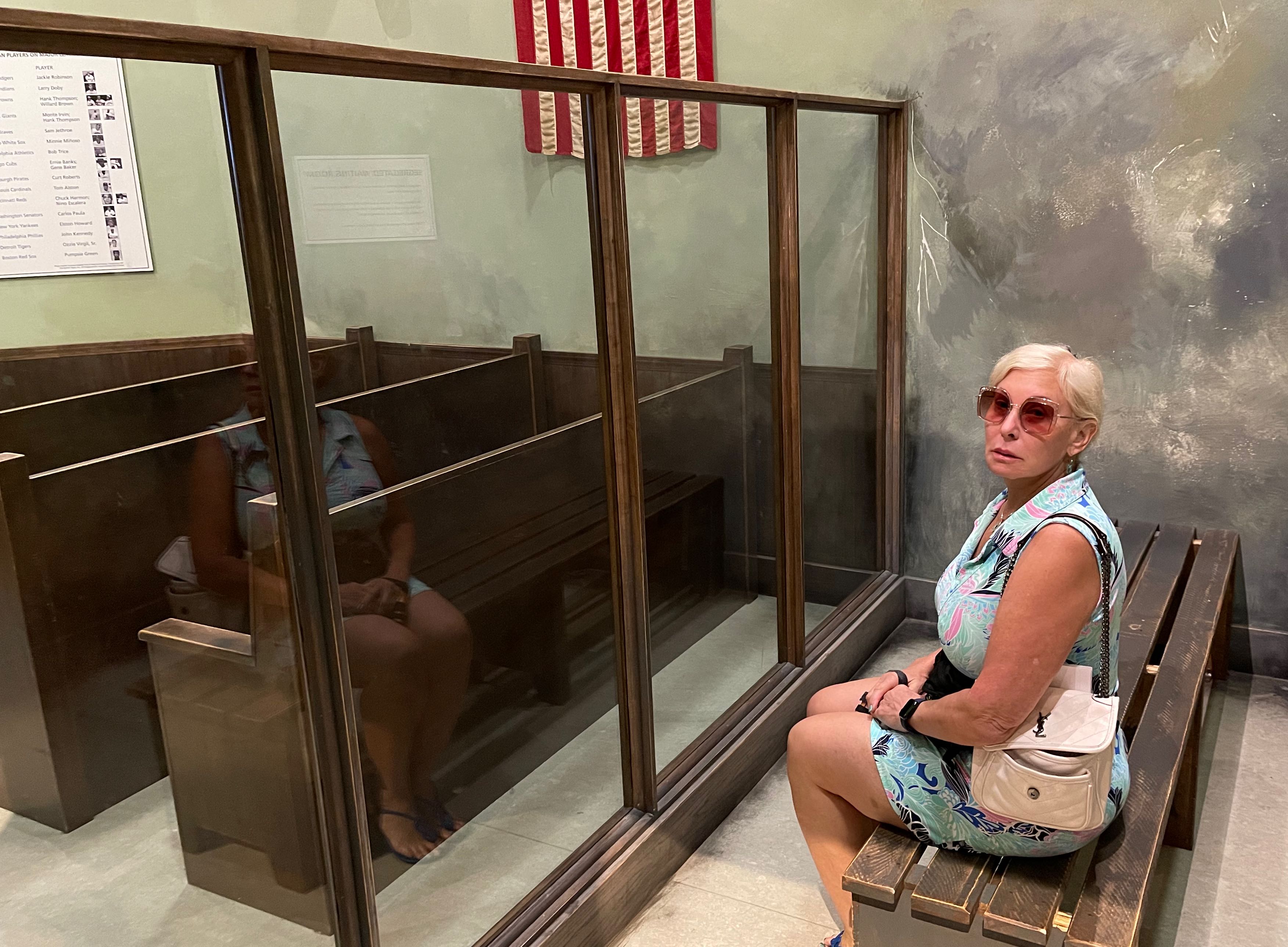 The stagecoach was pretty, but didn’t seem very comfortable. 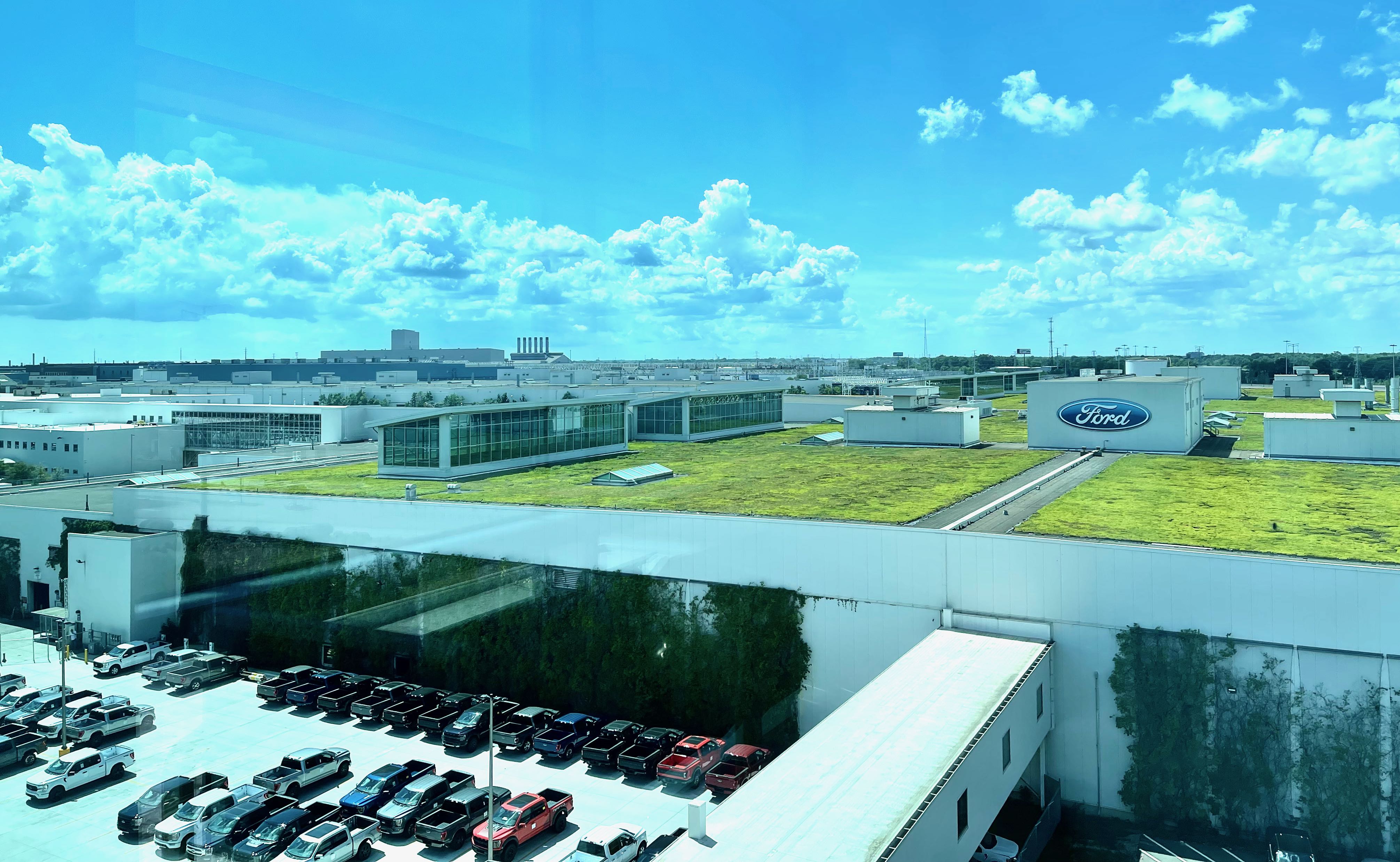 Then we did a factory tour of the Ford Rouge Factory. It is the longest continuously producing auto plant in the nation. Speaking of long, it is 1.5 miles long and 1 mile wide. It has an incredible 120 miles of conveyor belts. At its peak over 100 years ago it employed 100,000 people and cranked out 4,000 cars a day. Now they employ 6,000 and produce 1,200 trucks a day. Unfortunately, no photos or videos were allowed in the factory in order to honor employee privacy.

Currently the plant is extremely green. Just this week they announced that Ford Motor Co. will purchase 650 megawatts of solar power from DTE Energy, enough to power all its Michigan operations by 2025. 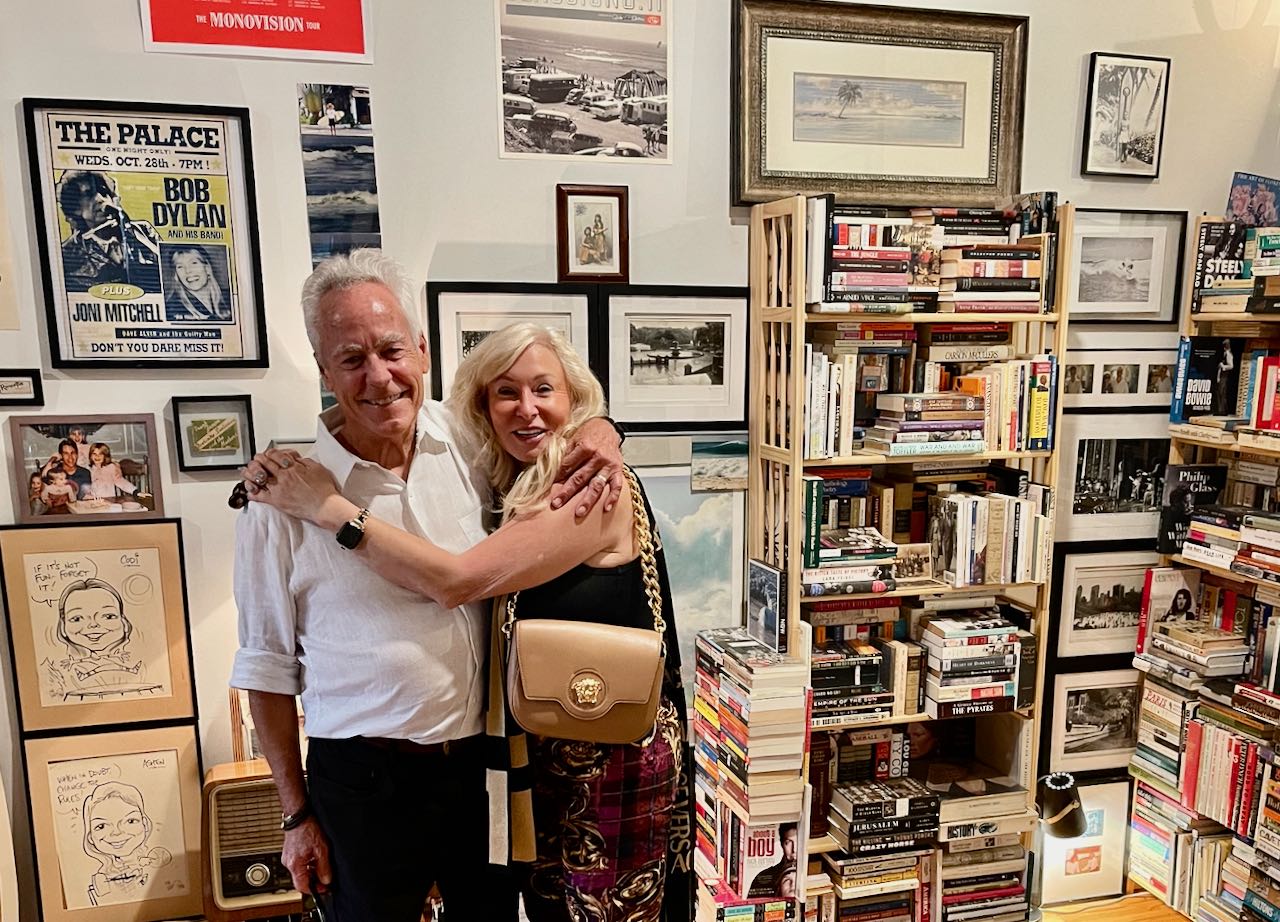 And to top off a wonderful two days, we had dinner with Allyn’s high school friend, Haydn, whom she had seen only once in almost 50 years.