Though the island was granted was granted full internal-affairs autonomy in 1954, the Netherlands is still responsible for its defense. It is located just 35 miles north of Venezuela.

Curacao is unique in that it blends classic Dutch architecture with incredible colors. Rumor has it that in the early 19th century, the Governor-General decreed that none of the buildings are to be painted white. Why? He was said to suffer from migrant headaches, which he believed were brought upon by the sun’s reflection off of the white buildings. 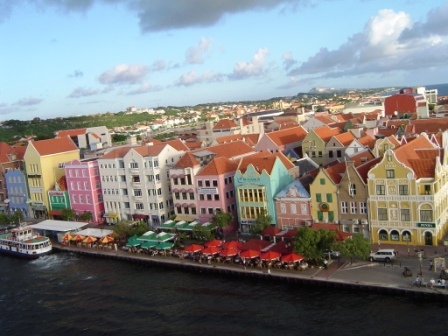