Today was a kick. Nine of us returned for the final table after playing yesterday in a 278 person field for 13 ½ hours.

Often play starts slowly at the final table (except for the short stacks), because the big money tends to be in the top three places. Today was an exception.

Play was fast and furious from the getgo. I laid low with plenty of chips because the pots were just too big, and I thought I could hold my own well against the field. I didn’t need to be taking big risks early.

I blinded off about 15% of my chips feeling I had a ring side seat at a spectator sport. Pretty soon half the field was gone and I started to get to work.

I got to heads up with a very nice gentleman from L.A. who had been the aggressor for two days. Over and over I had laid down hands to his raises.

But heads up is a entirely different game. He started making extra large bring in raises and reraises. About one time out of seven or eight I had to move in and pick up his chips. I whittled him down consistently for two hours and finally was able to get all of the chips when my TT held up against his 88.

For those of you who play poker, you know that there is nothing quite like winning a tournament. Great feeling.

(if you are interested in learning or playing poker risk free, check out SpadeClub.com. It’s the best). 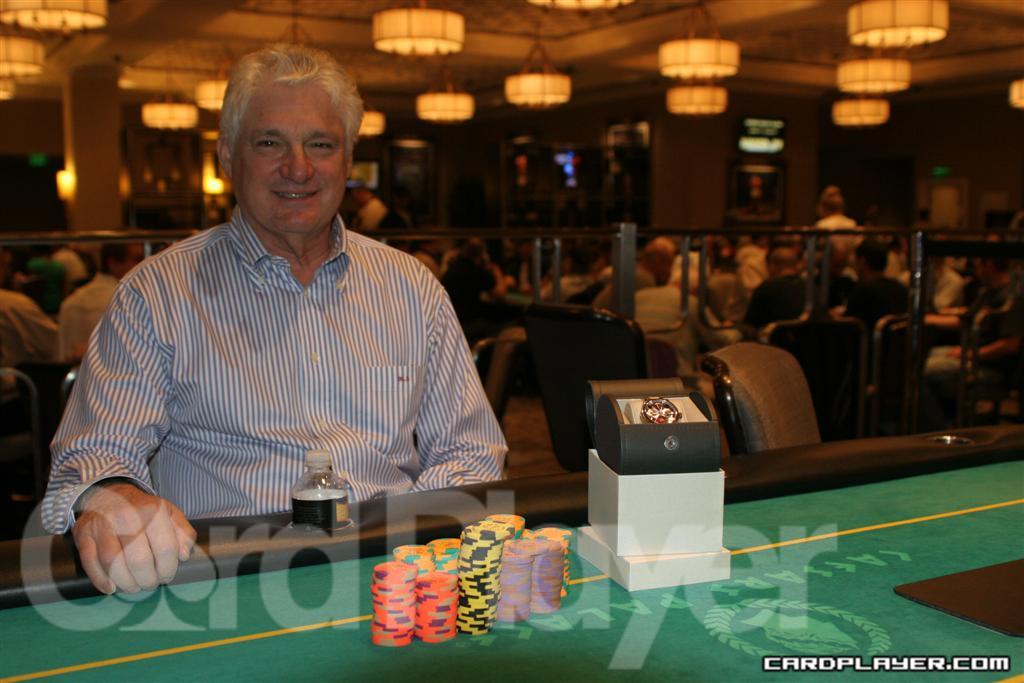