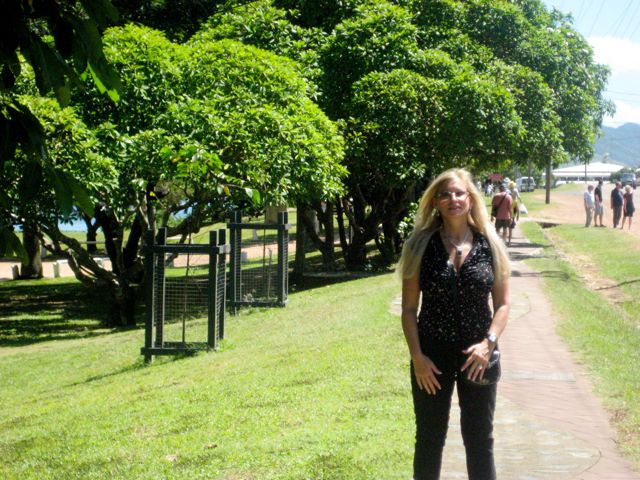 Last time we were scheduled for Cooktown, we could not disembark because the seas were too rough. In fact that is the case more often than not. Today was a beautiful day though, and the seas were extra calm.

The whole thing is about a pleasant stroll around town, which we did.

Cooktown is the last major settlement, north on Australia’s East side. 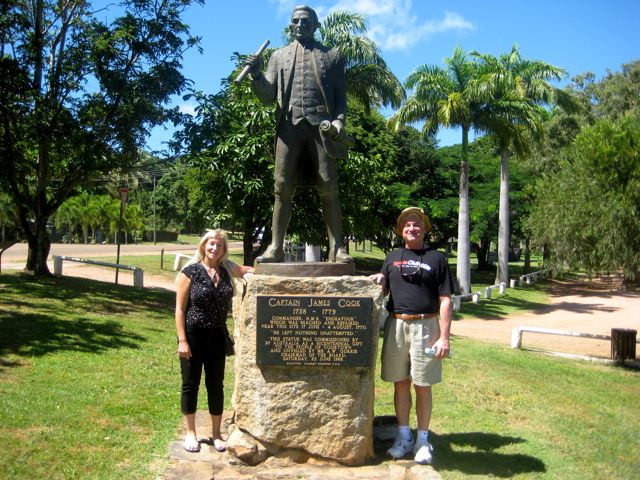 It is named for Captain Cook. His ship (HMS Endeavour) limped here in 1770 for seven weeks of repair, after massive reef damage.

This is where and when Europeans saw their first kangaroos (called gangurru by the Aborigines). 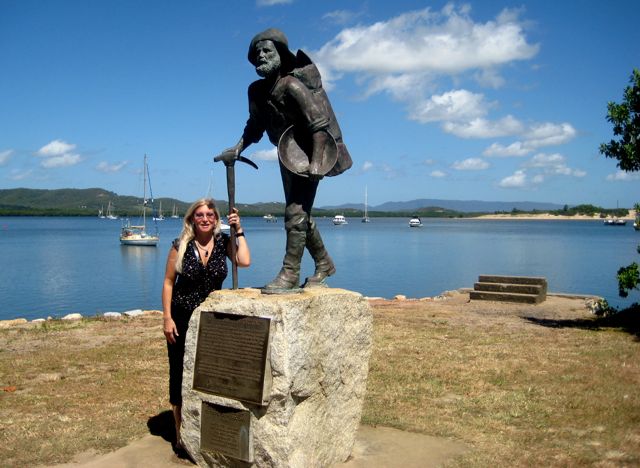 The town wasn’t really established for another 100 years, when gold was discovered. To say the least, there was considerable friction between the miners and the Aborigines. 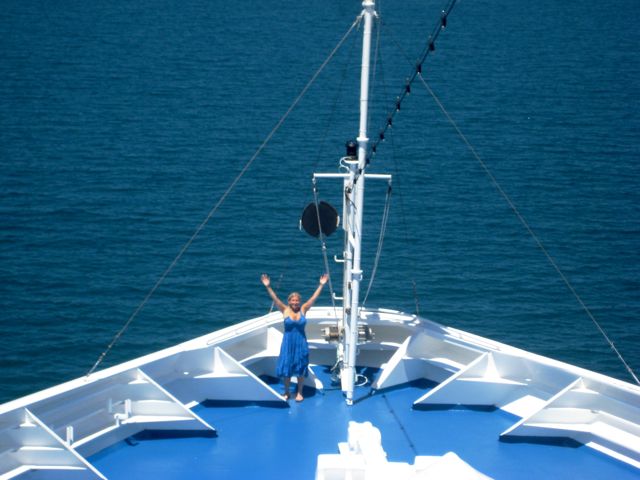 The ship provided a special lunch for the World Cruiser on “Metal Beach.” This is the area in the front of the ship, right under our cabin, used for storage and sun tanning by the crew. The company was good; the food was marginal. 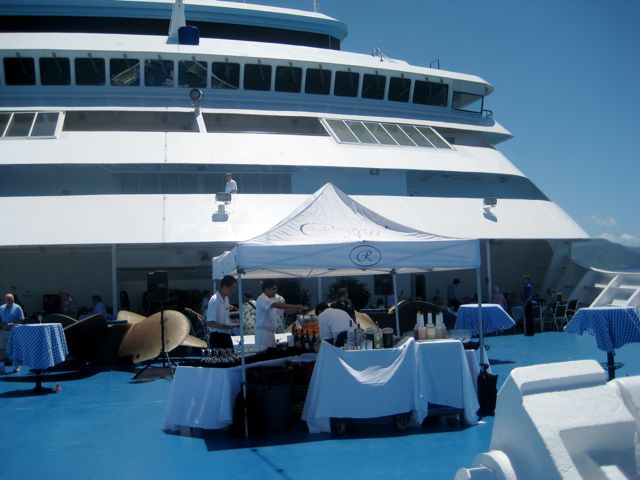 It was a strange day for a special lunch, because we also had a special event this evening. As with each other segment, we had dinner in the gourmet restaurant Signatures, followed by a cabaret just for the group.

The cabaret was a lady singer. I left after two songs. She was disgusting.

Dinner was at 6:15 so that we could finish, see our show, and then go to the main entertainment at 9:45. Tonight was a repeat of the illusionist, Scott Davies.  I wasn’t going to miss him even though I had an hour off. He was outstanding.