We are in far Northwest Australia in Cooktown, founded by (you guessed it) James Cook. For those of us geographically impaired Americans that means we are far east and very far north, almost a vertical line from Melbourne in the South. It is hot and humid (96%) and tropical here as we move north towards the equator. 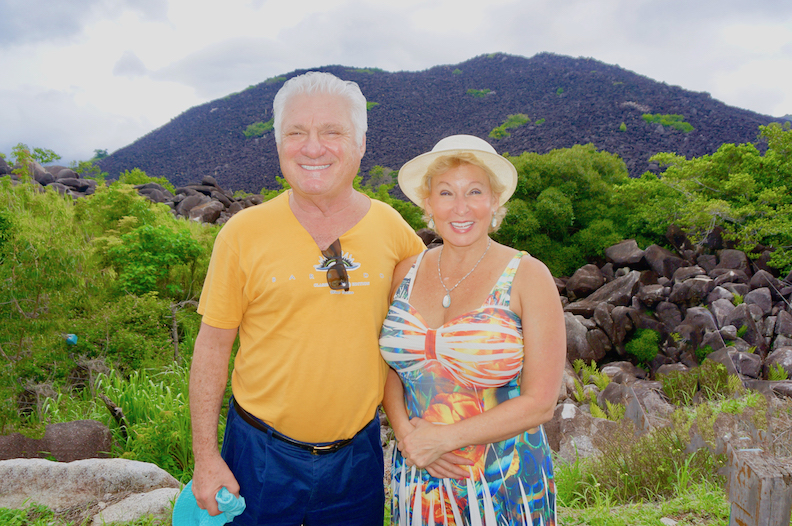 Not every day needs to be heavy duty sightseeing. Today we opted just to visit two locations in the same vicinity. First we want to Black Mountain. Formed 240,000,000 years ago it is way older than yesterday’s rainforest. It is a collection of immense black granite boulders.

That is a big deal in itself. However they hiss, people disappear, cattle herds have disappeared, other weird things happen here and the natives just stay away.

We were driving there in a coach while it was raining so hard out that we had no visibility. Right as we stopped, the rain stopped for our 10 minute stop. As soon as we rebounded, it started pouring again. Strange! 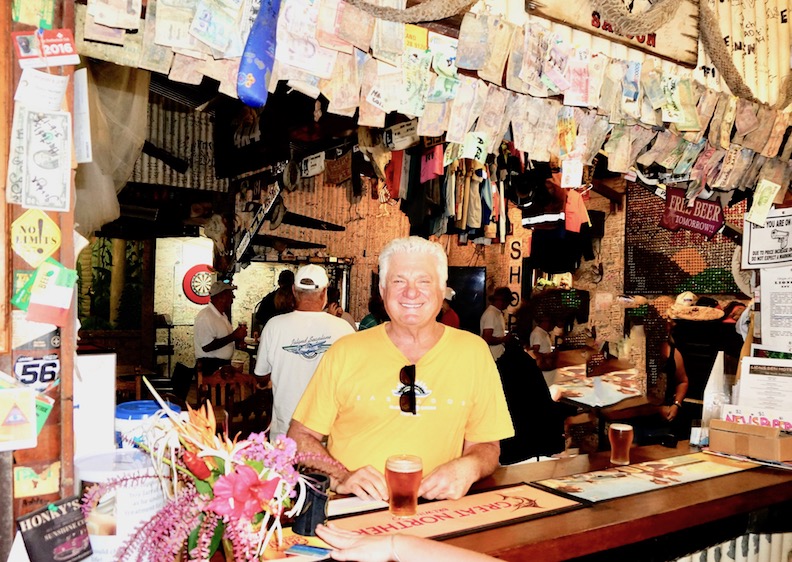 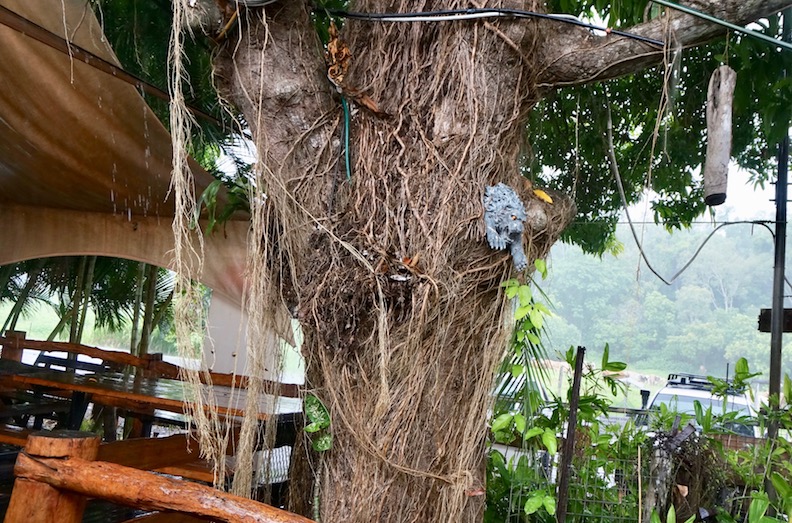 Then for lots of fun we stopped at the world famous (at least Queensland famous) 100 year old Lions Den for some much needed refreshing beer. 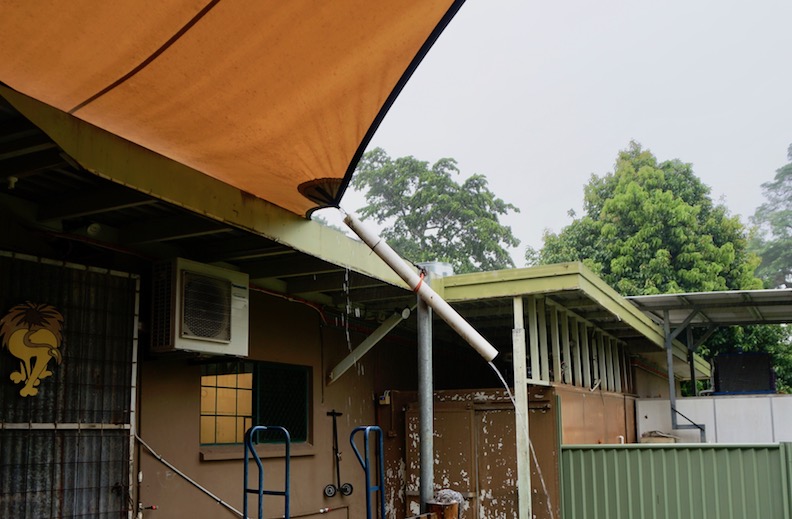