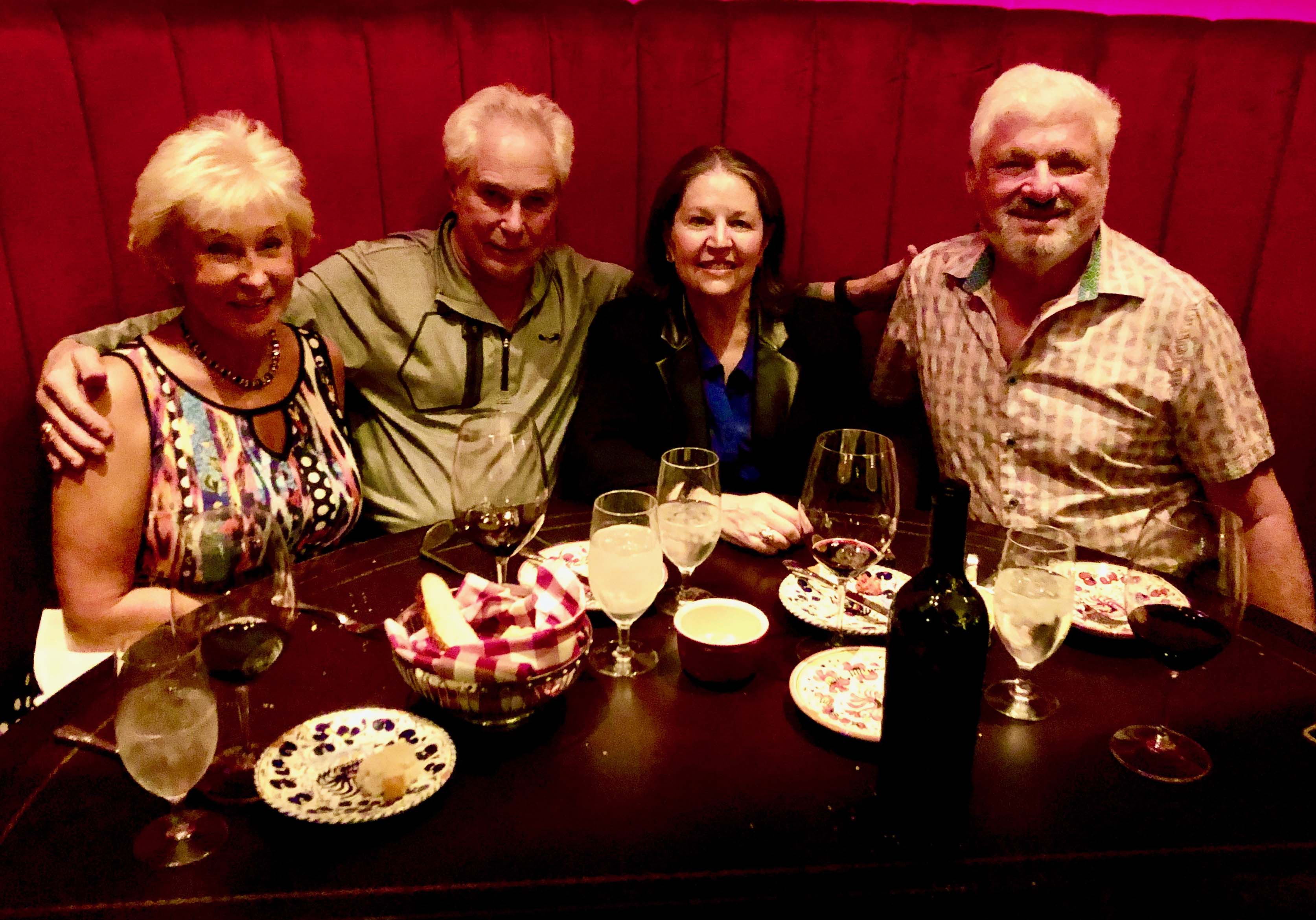 I don’t think I have ever devoted an entire blog to a restaurant, but if I had it certainly would not have been to say how bad it was. Tonight was a blast with our friends the Hellers from Knoxville, Tennessee, but the meal was horrific.

Since Carbone’ is a fancy Italian restaurant at The Aria, one would expect it to be quite expensive so we will not hold that against them. However layer on top of that, that the food was very bad and the service worse and we find ourselves with a blog panning a restaurant, which is not my usual style.

We arrive for dinner to find our friends in the common area between two high end restaurants and Rob smiles to the hostesses at the other restaurant and says how lovely they look tonight. They both give him a dirty look. It was weird because this guy is the farthest thing from a letch. Allyn, always the peacemaker, then goes to the two ladies and suggests all is good and they should learn to take a complement. They just glare at her. Maybe this should have been a clue to service at Aria.

Rob brings a couple bottles of wine and points out one only has a couple glasses left. They say it will still be $50 per bottle corkage. OK. So be it.

We start out with a Caesar which would have been good if it were not so warm. For those prices the lettuce should be properly chilled. Not a huge deal, BUT he puts the entire bowl on the table instead of serving out the four salads. Allyn, gobsmacked, say to the waiter “would you please serve us” and he say “nope”. Upon further investigation he says “If I serve you then others would expect the same service.” Hello !>@@#

Then comes the pasta course. The spicy penne may have been right out of a chef boyardee can except I remembered it having more flavor. The two only clams in the linguine and clams were fine but the linguine was so salty the even Allyn could not eat it and she used to have a salt lick in her office.

The veal parmesan was an absolute joke. It could have been from a cheap buffet. Sometimes any business, including great restaurants, have a bad night. They good ones want  (need) to hear legitimate feedback.

We asked for the manager and politely told her about the evening. She just shrugged her shoulders.

As we left I looked around and it didn’t seem like there was a local person in the restaurant. Most occupied tables were fairly large with obvious businessmen on expense accounts. This is strictly a tourist trap. We certainly will not return. If you want great Italian in Las Vegas there are many better.

Our go to place is Pieros – way better food, service, and ambiance. And, although fairly pricey, you never feel ripped off.