Barcelona is one of our favorite places and we never miss a trip to the famous and bustling Las Ramblas Street.

It was a somber moment standing at the beautiful makeshift memorial spontaneously created where the violence had occurred the prior day.   To think, we might have been among the victims had our travel plans been different by a few days. 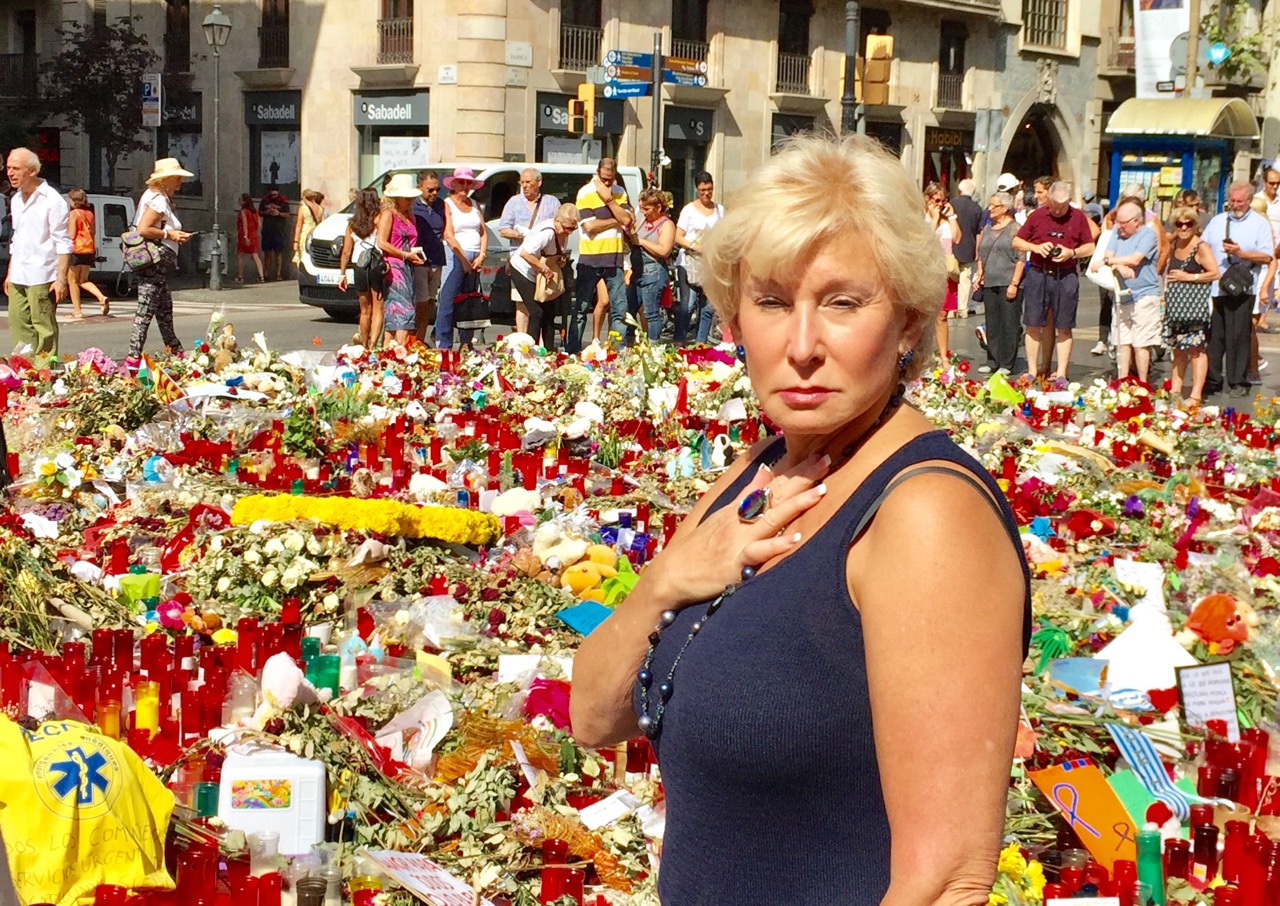 Thirteen were dead and 100 injured following the terrorist attack where a van plowed through the crowds.  The following day, droves of people came to the site to pay homage to a nation in crisis. 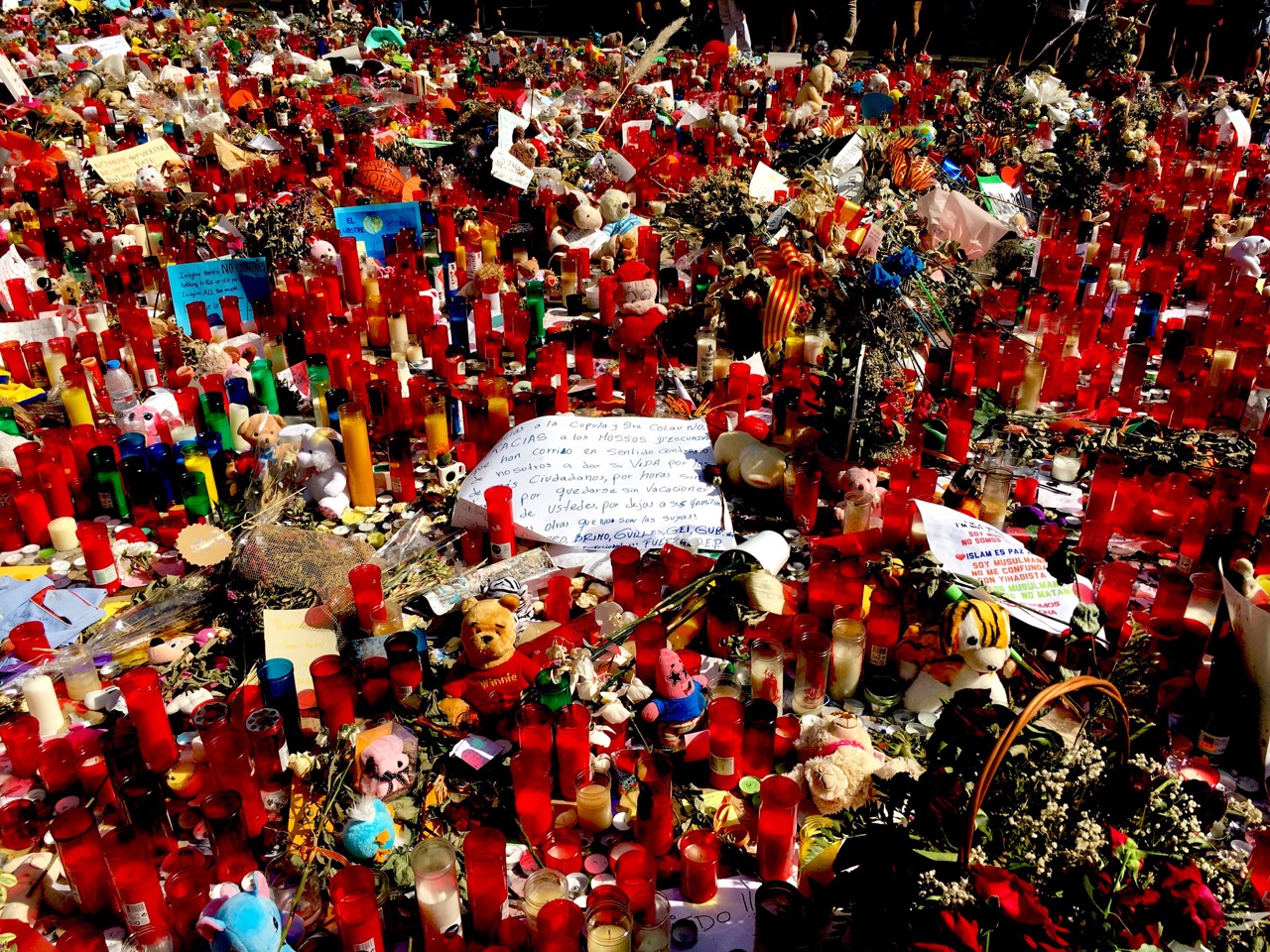 Family and friends of those deceased wrote letters, lit candles and even took a deceased’s work boots and filled them with flowers. 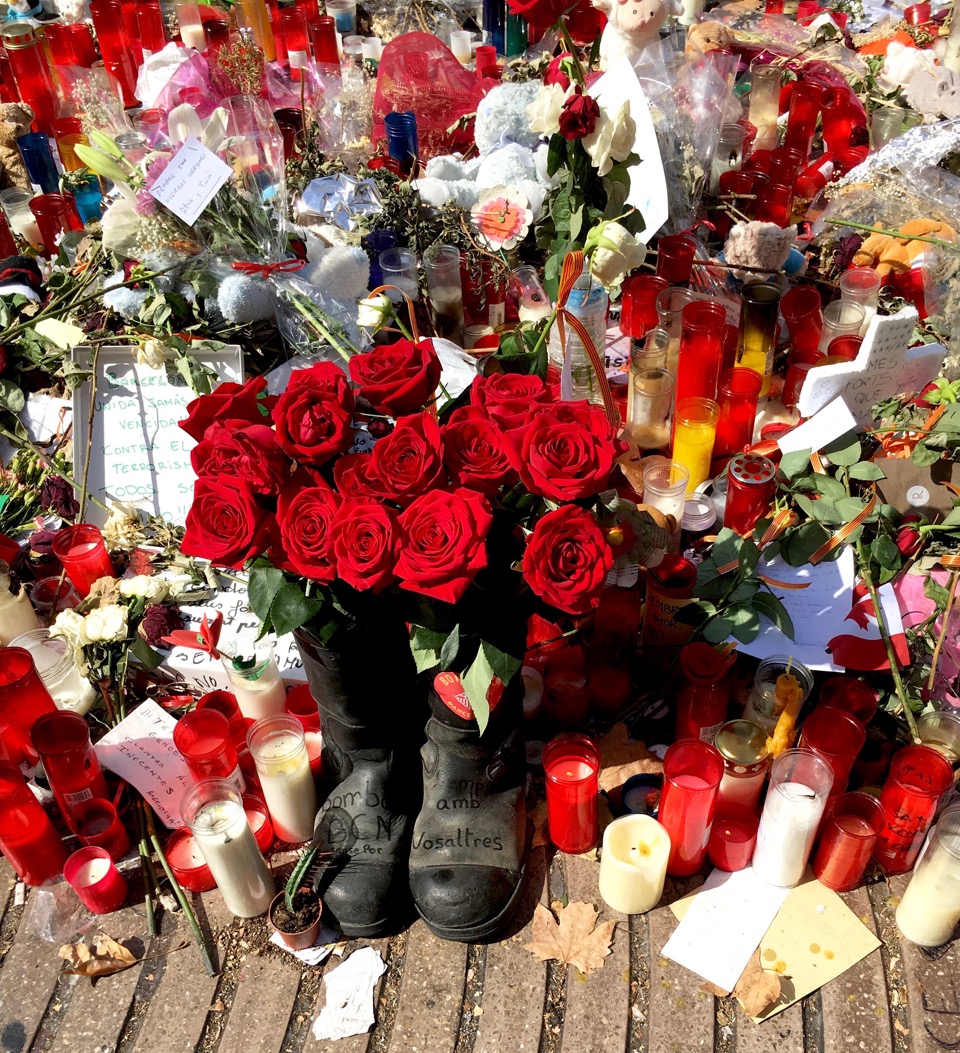 That was a chilling reminder of a Holocaust memorial in Budapest where 60 pairs of rusted period shoes cast out of iron are displayed at the edge of the Danube to pay tribute to the men, women and children who were shot down there.   My son Julian recently visited. 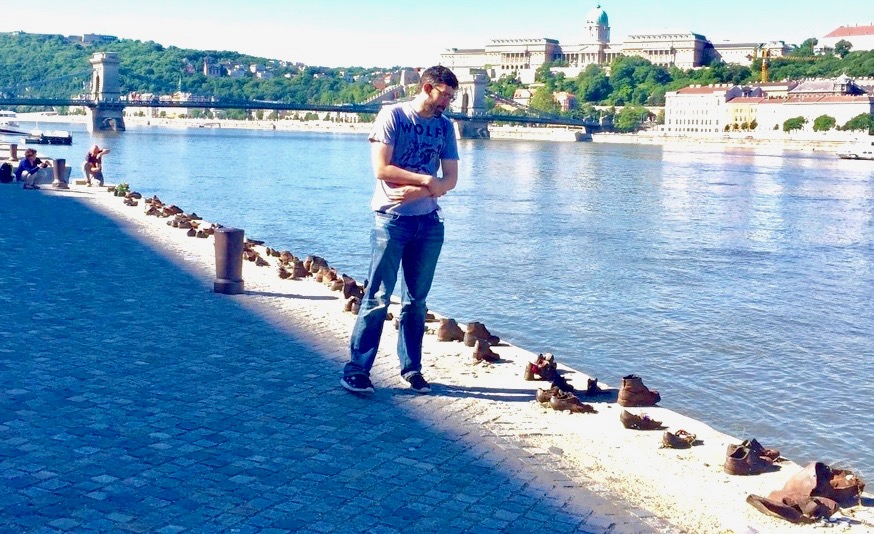 Thousands of visitors came to the memorial and stared in disbelief.  People were unusually polite making way for others to look or take photographs.

The mood in Barcelona was different than in past visits.  Our car was not permitted to drive into our hotel and had to stop in the street.  Staff apologized but asked for ID each time we  entered the hotel.   The local casino had security patting down patrons and searching backpacks and purses.  Even bottled water was confiscated. And finally, the port at which we docked and the airport from which we departed,  were filled with police officers dressed in combat gear with visible guns and other weapons. 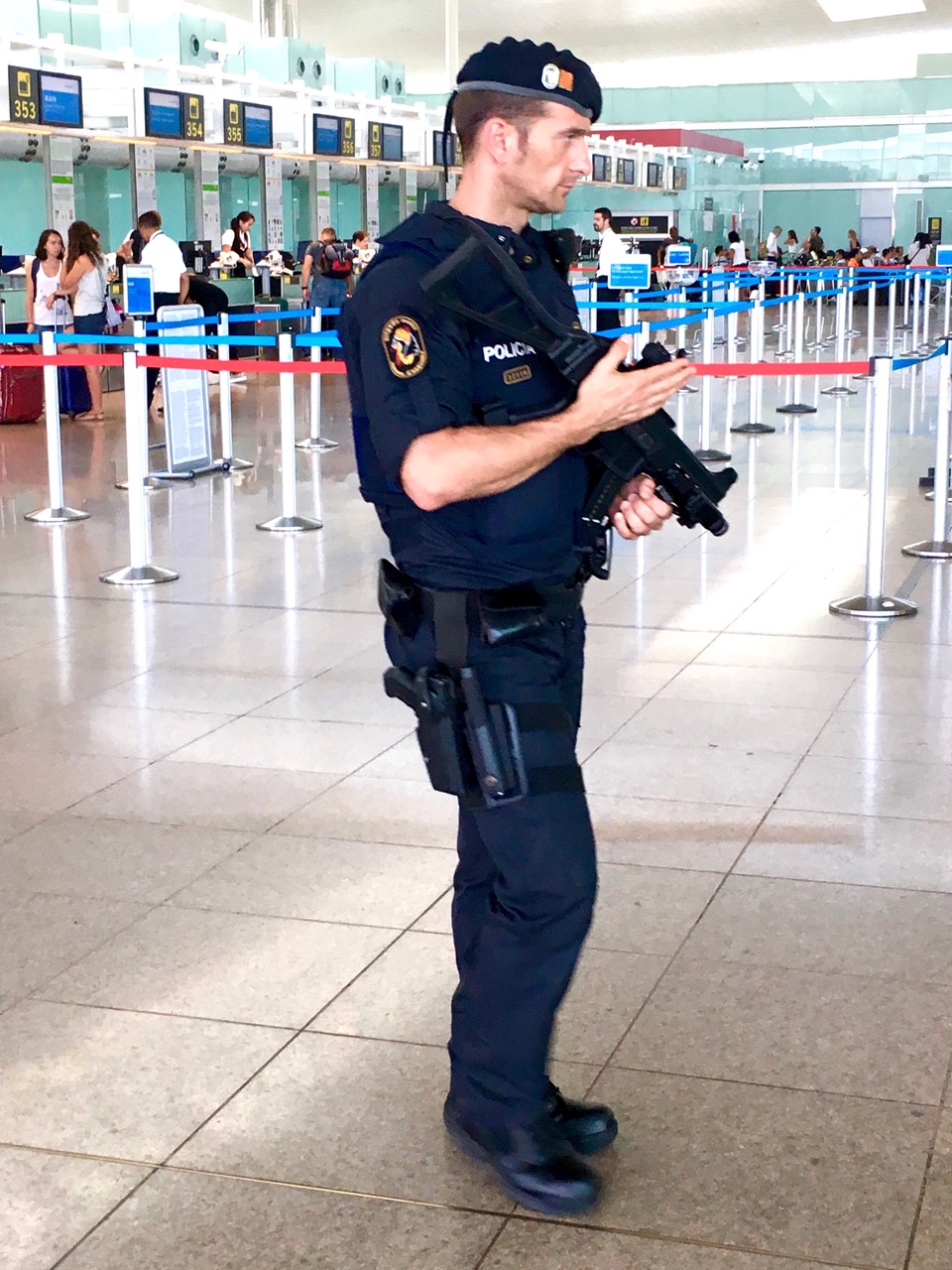 In the famous words of German Lutheran pastor Martin Niemöller (1892–1984) responding to the Holocaust:

We must stand up against violence in any form.