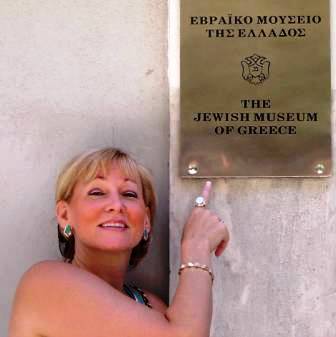 Jews have lived continuously in Greece for centuries. Their population increased with the massive resettlement from Spain, after the Jewish expulsion in the late 15th century.

The Nazis defeated Greece in 1941, and occupied it until October, 1943. During this time, it was divided into three zones. Over 80% of the Greek Jewish population perished during that time, mainly at Auschwitz-Birkenau. Fewer than 10,000 survived the War.

Even so, it could have been much worse. Regarding deportation of Jews, the non-Jewish Greek people refused to cooperate with the Germans.  Today, about 5,000 Jews live throughout Greece.

The Jewish museum in Athens is excellent. Don’t miss the 4th level: an area devoted to the Holocaust (Shoah).