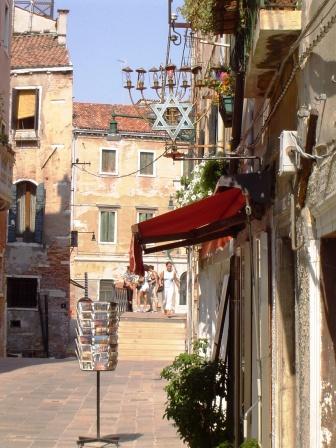 The original ghetto was is Venice and is a must see sight for people of all heritages.

We have come to know the word ghetto as urban areas were impoverished minorities tend to live. For those who have knowledge of WWII, from 1939 – 1944 Jews in Nazi occupied Europe were held in ghettos prior to being deported to concentration and death camps.

The original ghetto was is Venice. When Jews were being kicked out of cities all over Europe they were “tolerated” and allowed to live in Venice, but forced to live in the Ghetto from 1516 until 1797.

It worked because it was an island that was in a non desirable part of town where the people could be locked in every evening.

The word “ghetto” really comes from the Italian word for foundry. The Jewish Ghetto as on the island that previously was the home of the Venetian smelting works.

Jews were not allowed to be employed in many professions besides tailoring, money-lending, some banking, insurance and medicine.

Although many prospered economically, often they were required to wear distinctive yellow clothing and symbols.

Tip – Do not miss the 40 minute walking tour that starts frequently from the Jewish Community Museum.