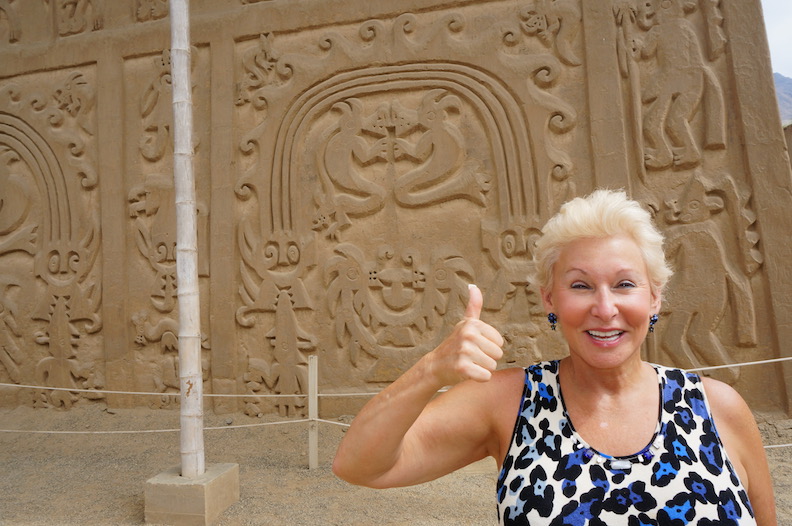 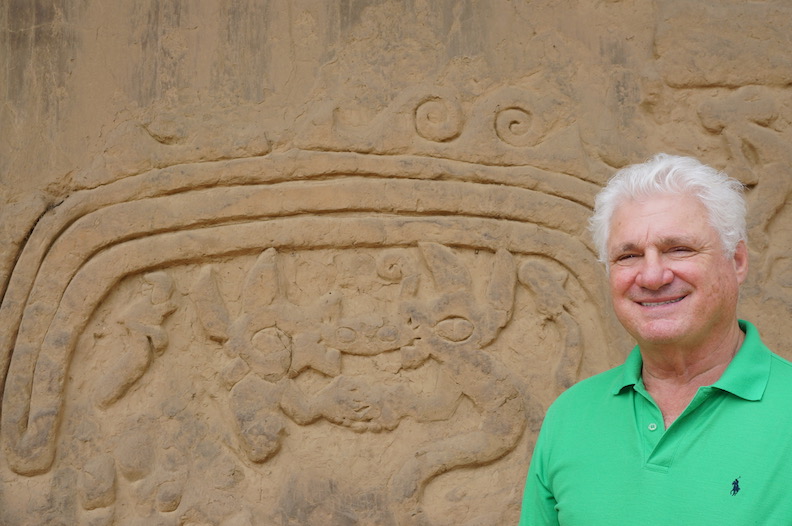 When in Peru you do archeology. We are in Northern Peru, which is relatively new on the tourist beat. First stop today was Temple of the Dragon, or Temple of the Rainbow, built for religious and ceremonial purposes by the Chimú people, who lived in northern Peru from about 900 AD to the 1400s. The adobe pyramid is known for its intricate frieze murals. The names stem from the fact that the temple features carvings of a dragon, and was used during rituals to honor the rainbow. 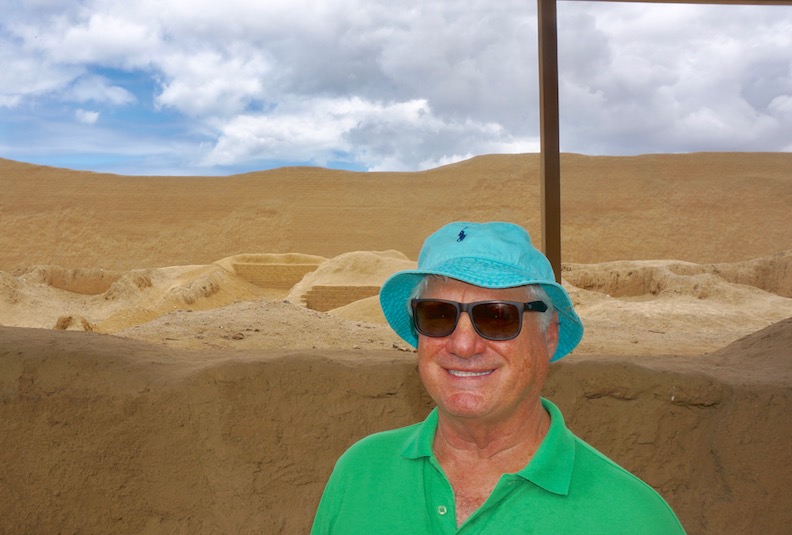 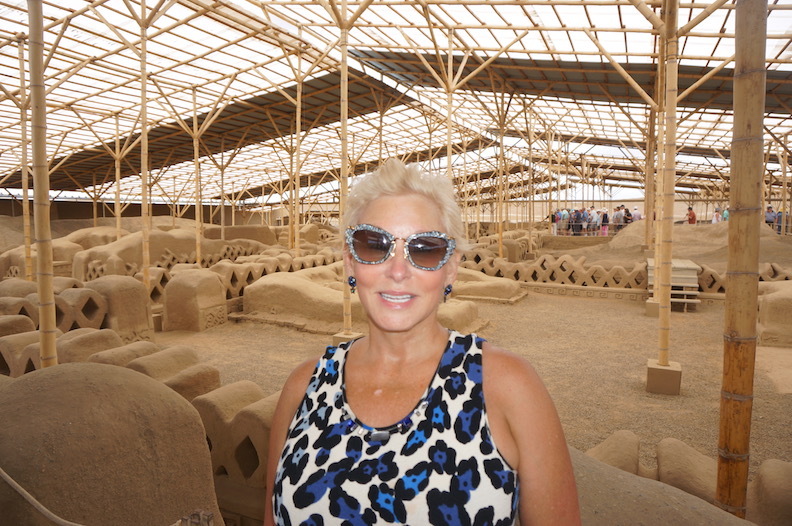 Then we went to the former Chimú capital of Chan Chan. This UNESCO World Heritage site is the largest pre-Columbian city in South America. Chan Chan was the Chimú center from 900 to 1470 until conquered by the Incas. 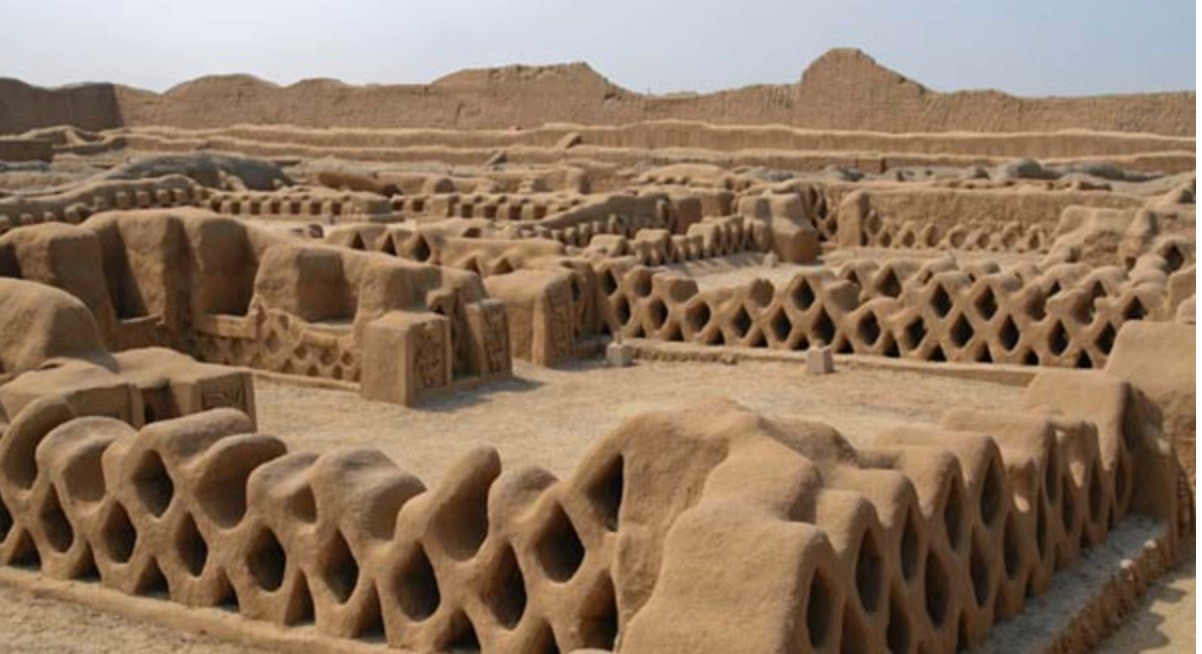 It is the largest mud city in the world.