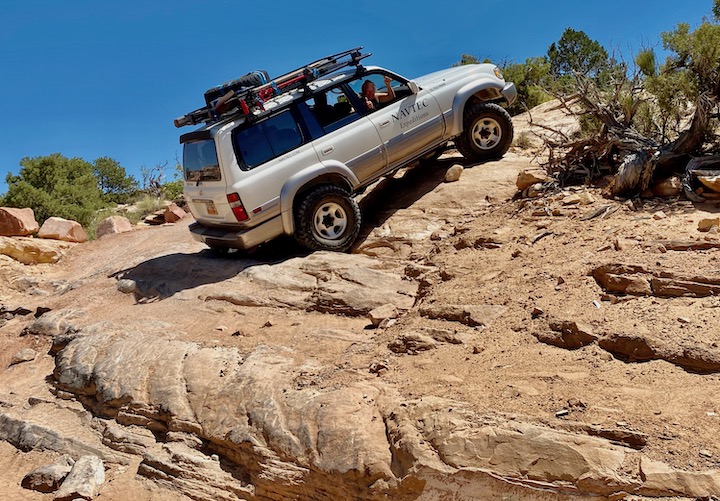 Today we visited The Arches National Park. It houses the largest density of natural sandstone arches in the world. We took an off road tour in order to see things generally not available. 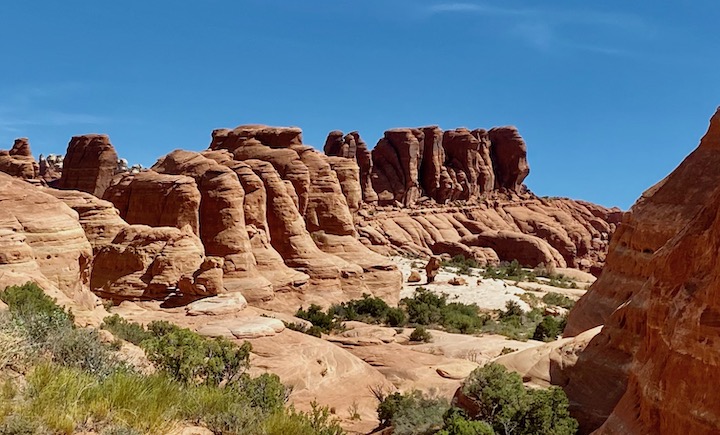 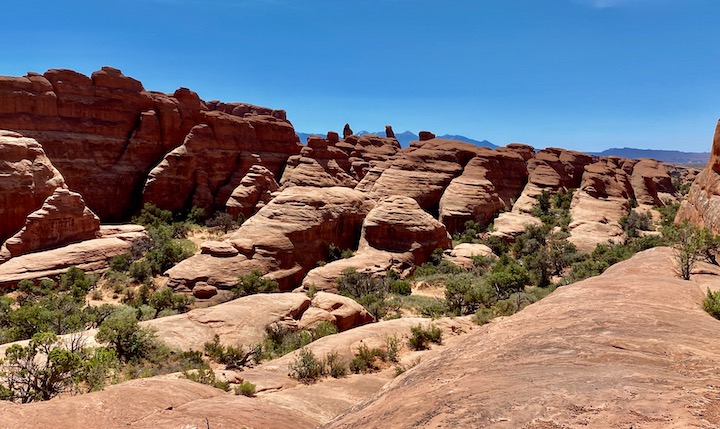 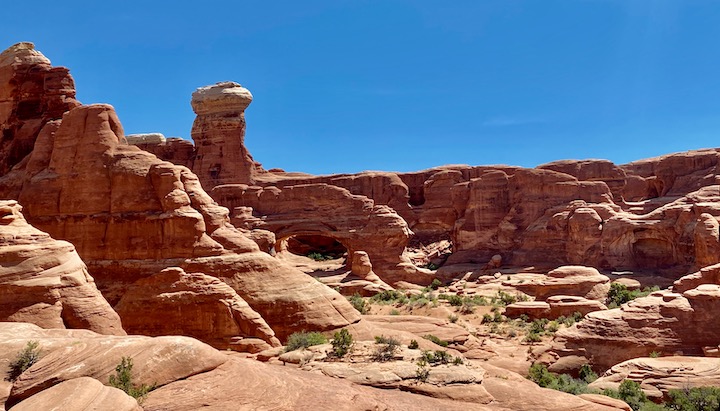 The Arches lies atop a salt bed, which is the main cause of the formation of the arches, spires, balanced rocks, sandstone fins, and eroded monoliths in the area. This salt bed is thousands of feet thick in places and was deposited some 300 million years ago when a sea flowed into the region and eventually evaporated. 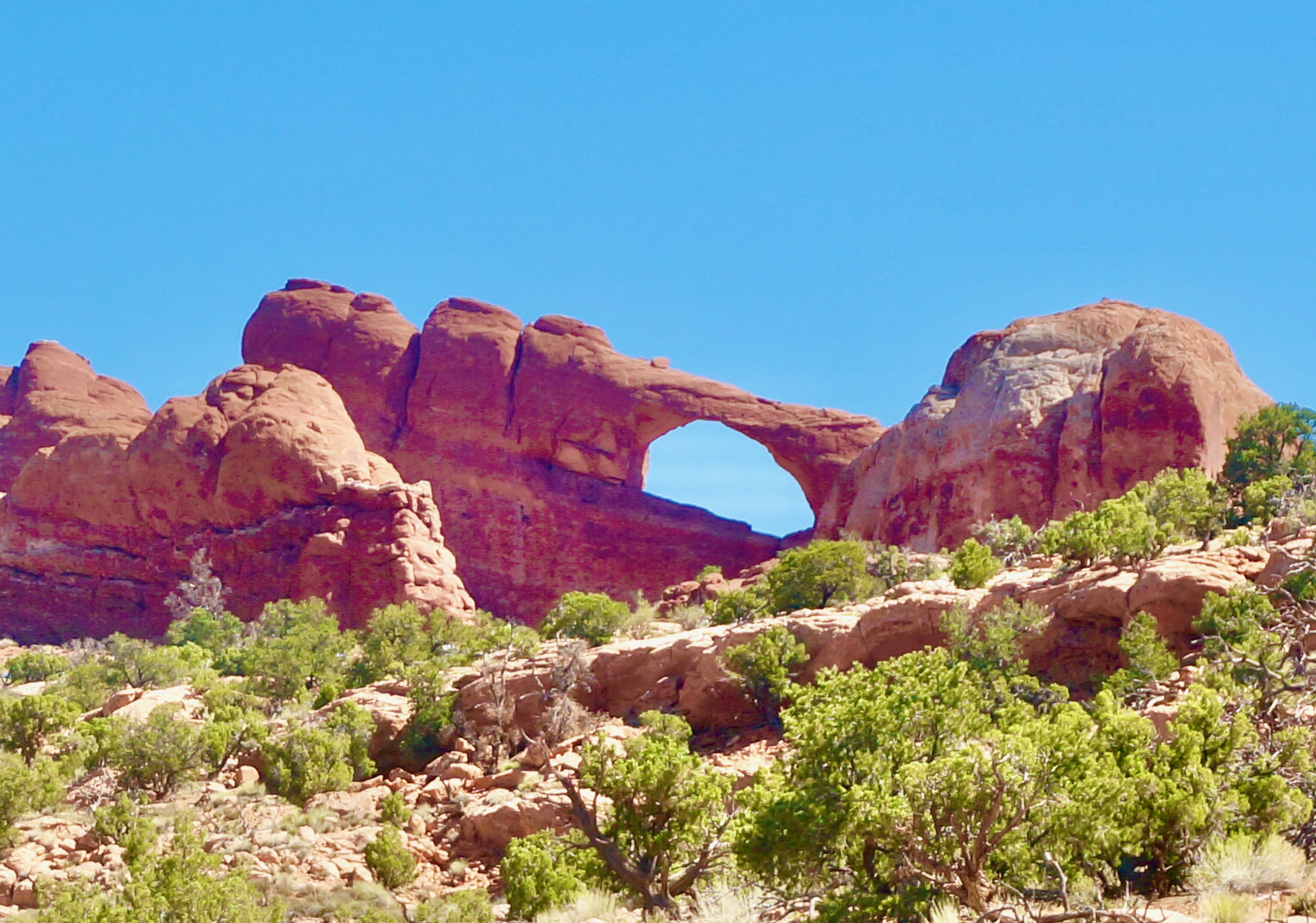 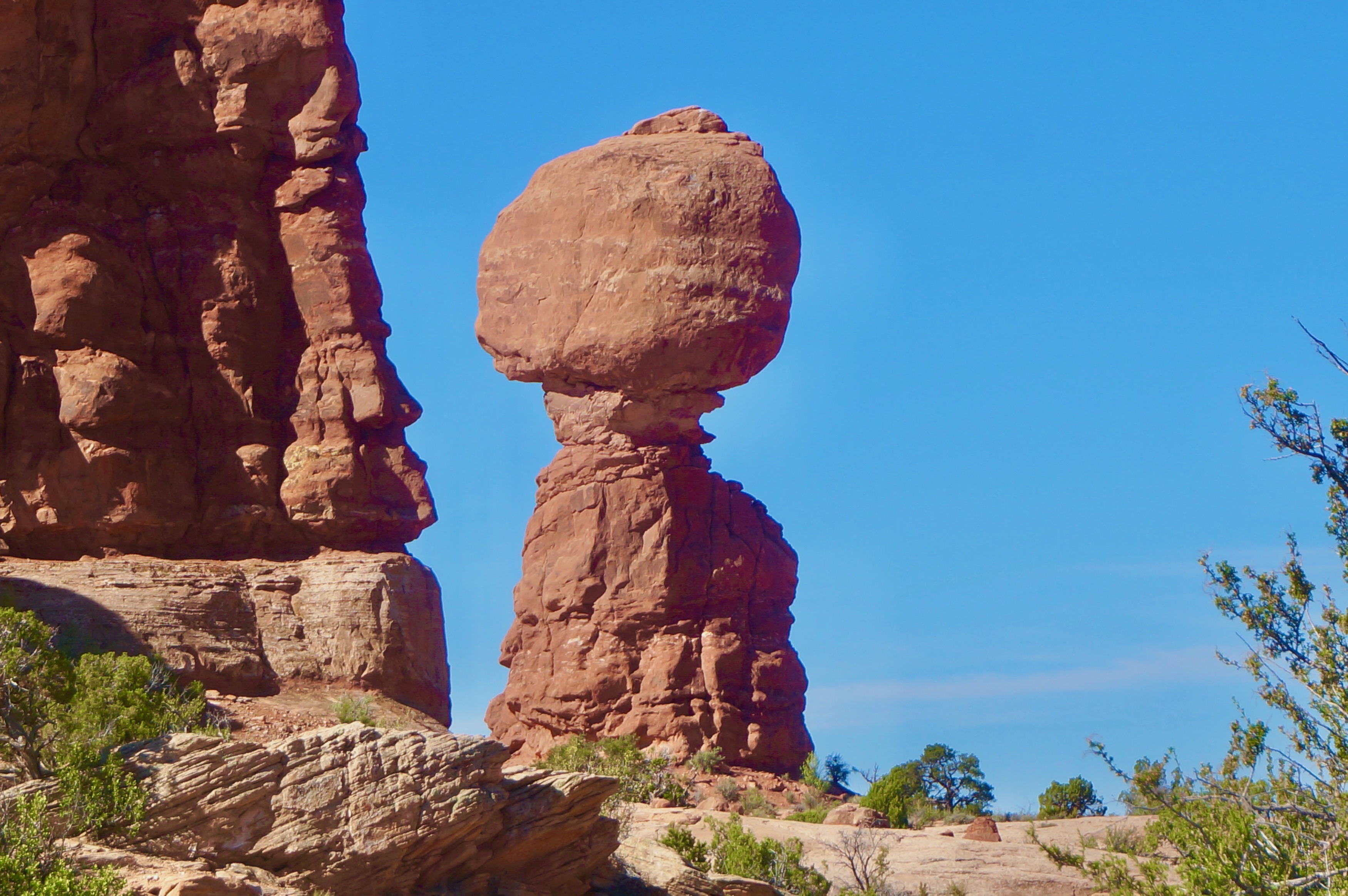 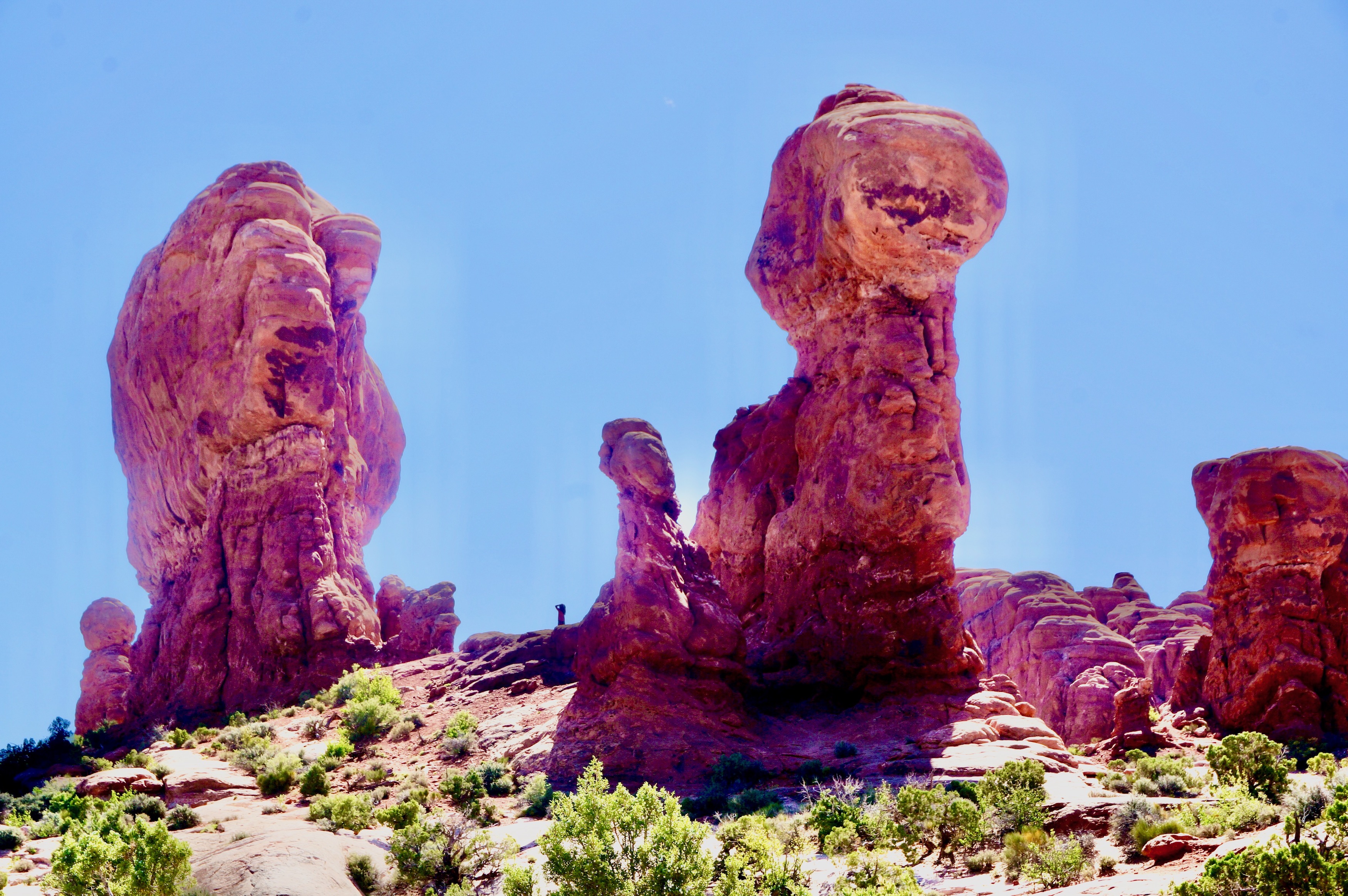 The short story – arches are formed by corrosion which doesn’t stop and eventally they fall down. 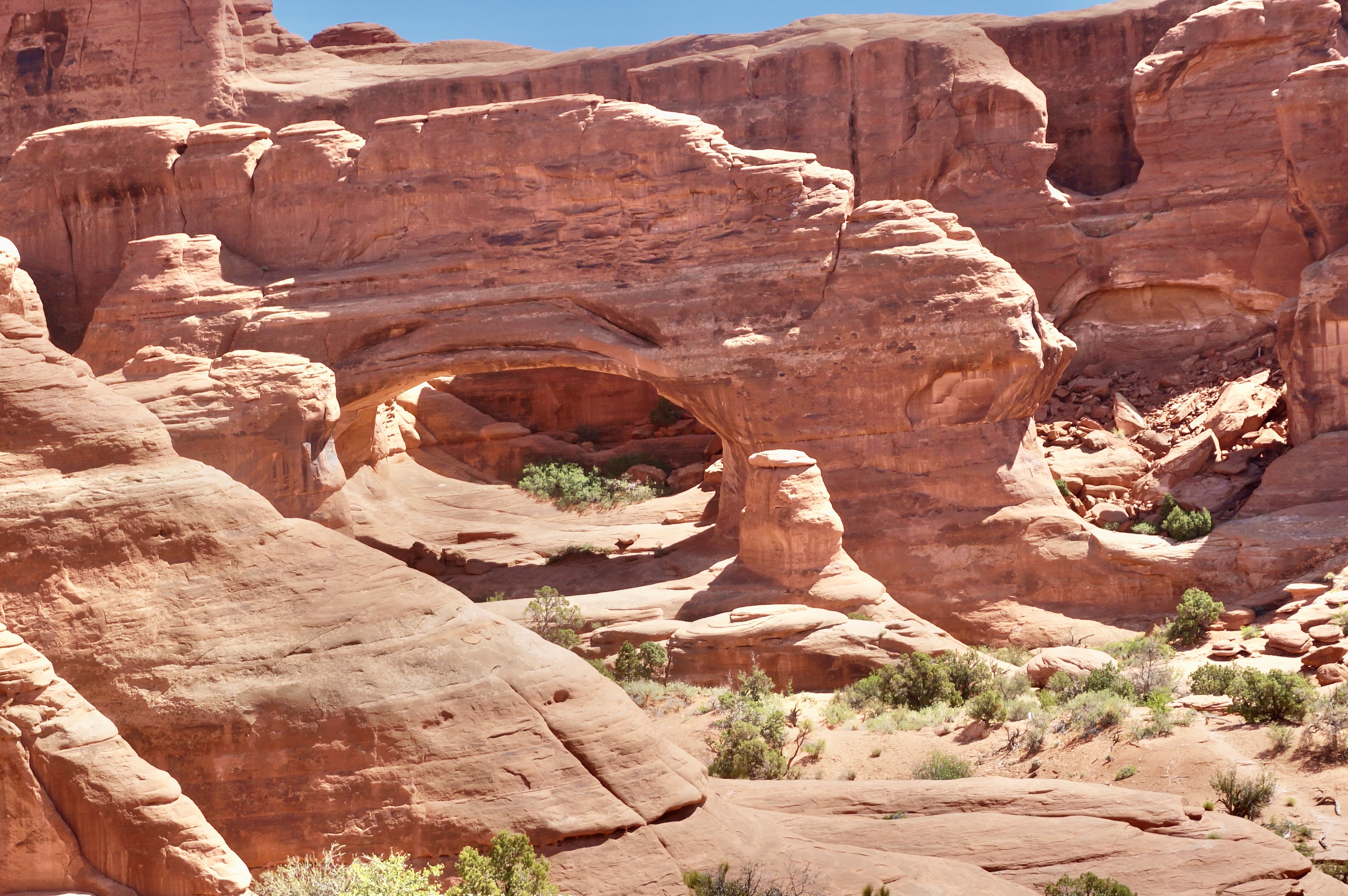 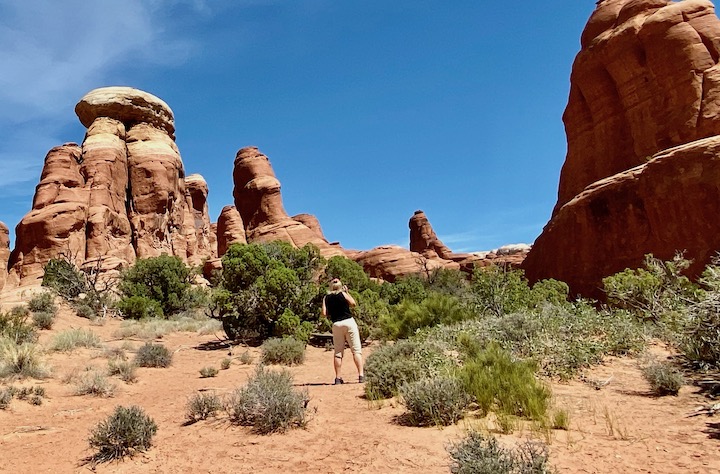 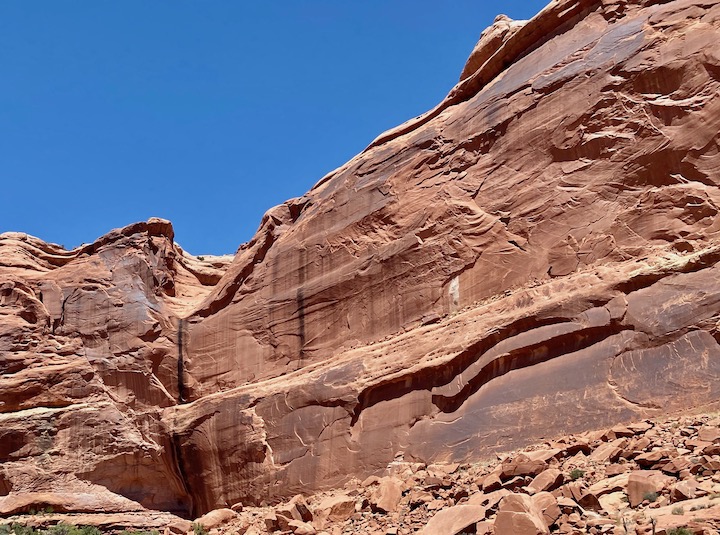 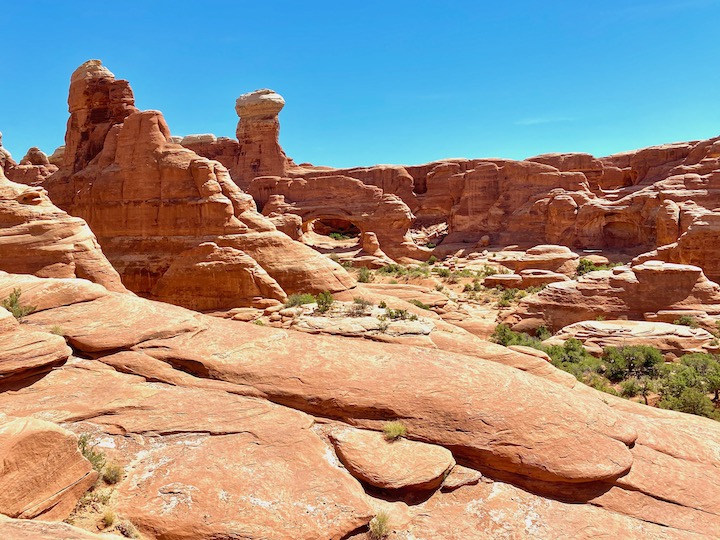 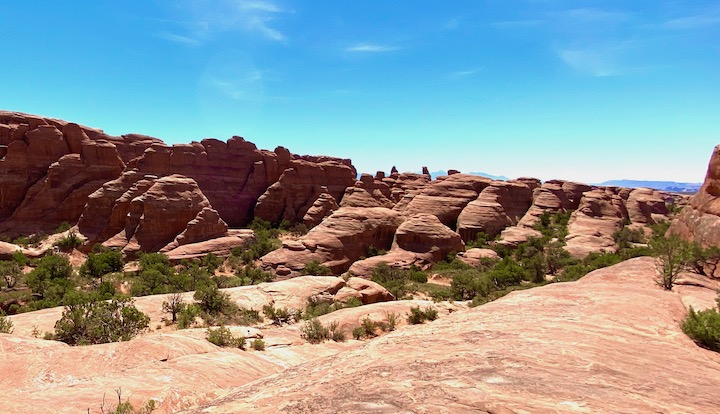 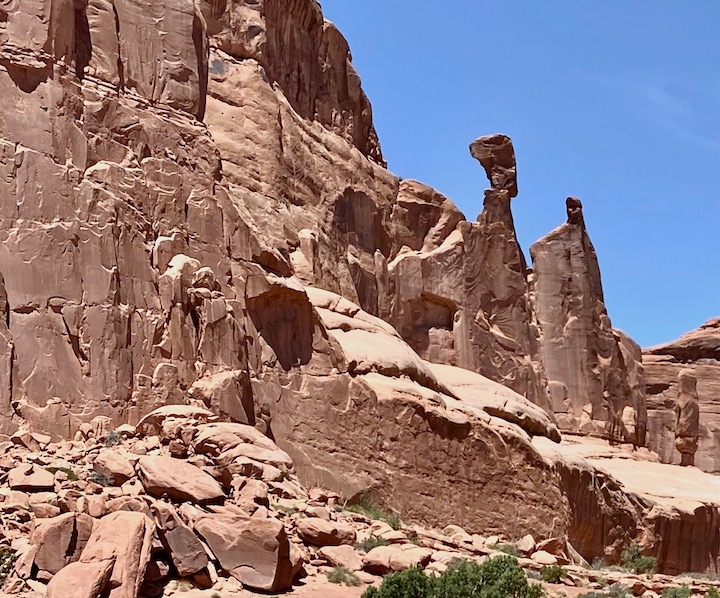 You can guess why they call this rock Nefertiti. 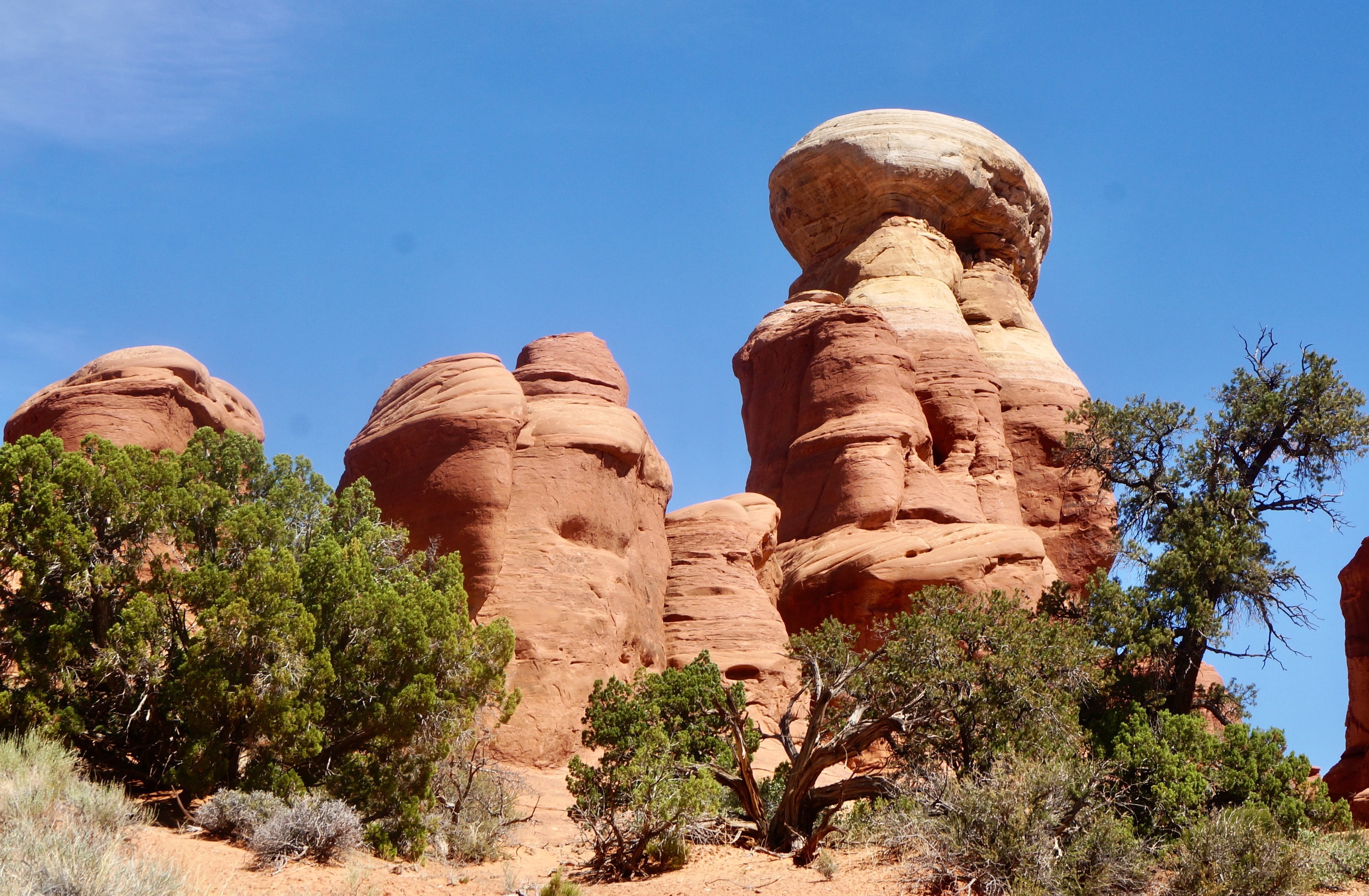 The white top of some of the rocks came from the Pacific Ocean which shows there was a major climate shift millions of year ago. 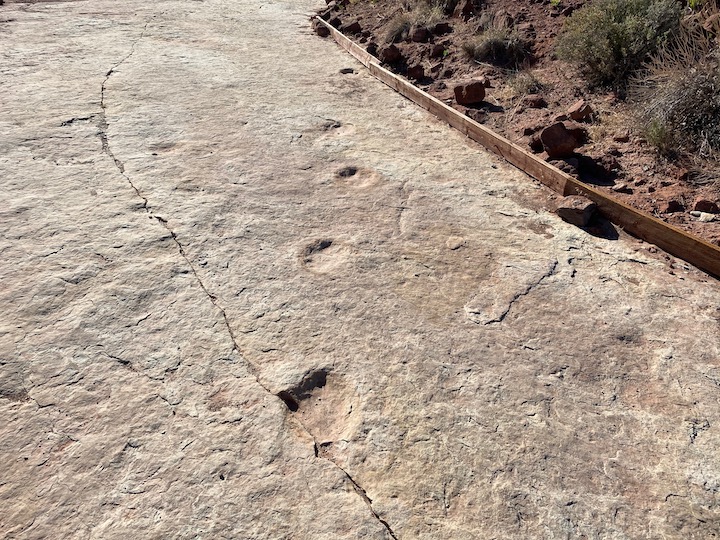 They even have many actual dinasaur tracks in the park.