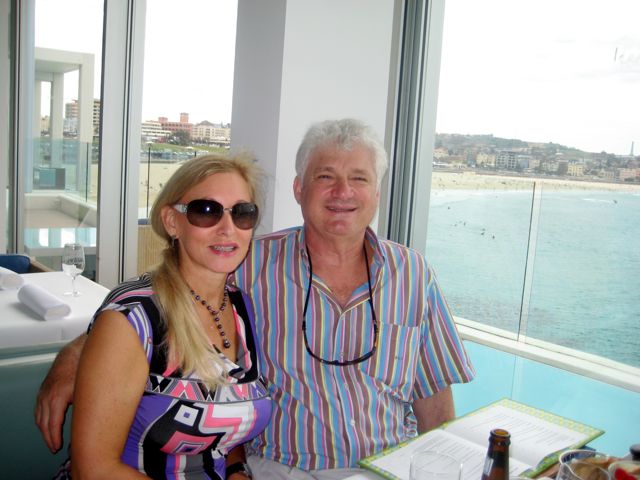 Love Sydney. Today was a race to eat well, enjoy the beauty, shop, get lots in, but not feel hurried. We did a pretty good job by planning and combining.

We have had a lunch reservation at Iceberg’s for a couple months, and built the day’s activities around that. They are located right on the water at Bondi Beach, a fashionable, lively area in Sydney’s eastern suburbs. (Actually it is its own city).

We took in the sights by taking the hop-on-hop-off bus to get there. Arriving an hour early intentionally, we were able to check out the beach city.

After our third (in a row) amazing Sydney meal, we took a taxi to the City Center to shop. Enroute, we used the Taxi driver as a guide, driving around the side streets and taking in the upscale homes and views.

Tonight was dinner at Tetsuya. You may remember, I made this reservation almost two months ago. In 2007, they were rated the fourth best restaurant in the world by Restaurant Magazine, and have countless awards and rave reviews. I have been anticipating this visit for a year now.

When I walked in, I knew it could not be the fourth best in the world. The ambiance was no big deal. The service was very good, but I have had much better. The food was also outstanding, but again, I have had very much better.

It was a true gourmet degustation menu, which the critics seem to prefer. If I did not know the restaurant was so highly rated, I would have said we had a great meal at a restaurant with outstanding food, good service, and virtually no ambiance.

Check out the Tino Lanzi (Italian designer) bag and shoes. Allyn says they are the most exquisite shoes and purse she has ever had. They are SO Allyn. Don’t they go great with her outfit and Citrine necklace? 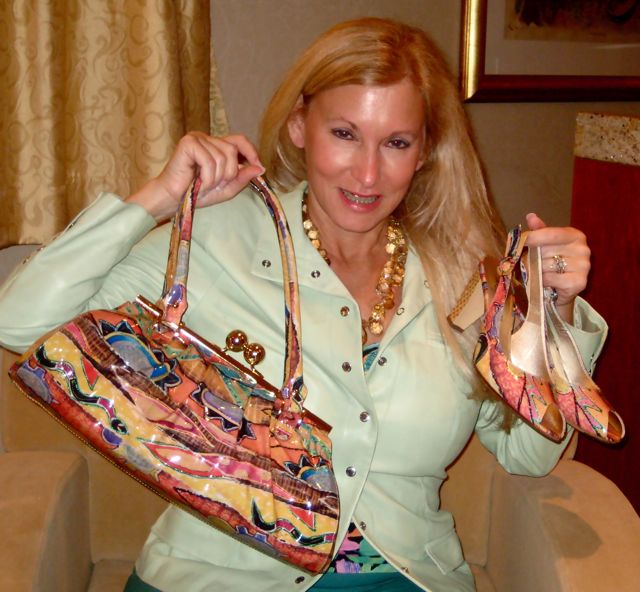