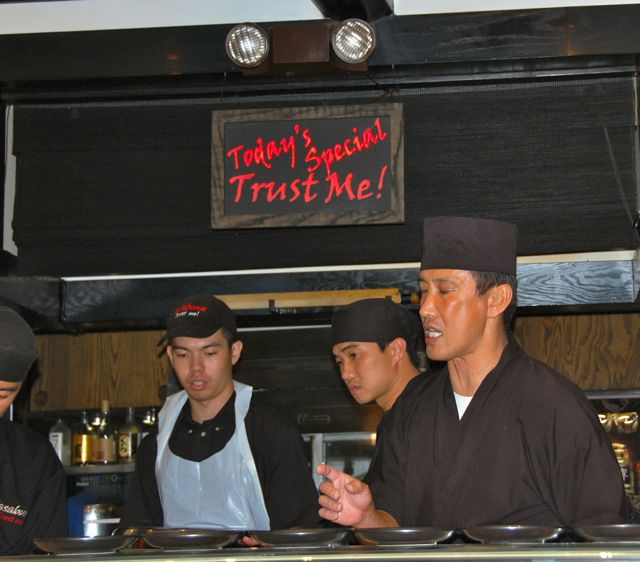 It seems like everybody has seen the hilariously famous Seinfeld episode called the “Soup Nazi”.

They will tell you whether and what to use for dipping or not and insist that the sushi is eaten in one bite.

The only redeeming feature for those who don’t like being told what to do, is that the food is outstanding. So much thought goes into what fish (flown in fresh from all over the world daily), paired with what rice, what sauce and what seasoning.

They have now expanded to L.A. and NYC.