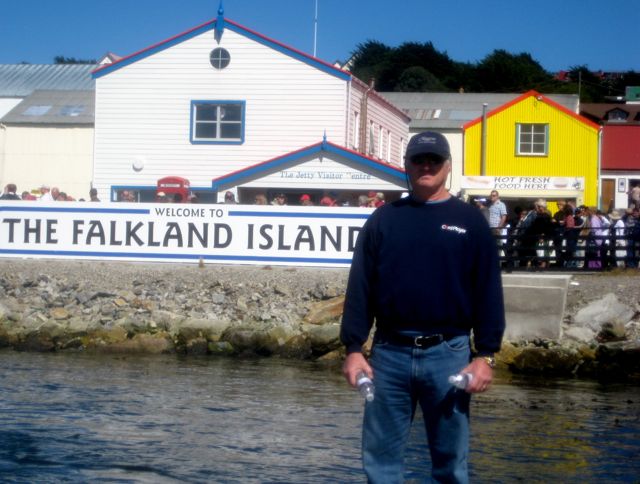 Hello from Port Stanley, in The Falkland Islands. I don’t think I ever heard of them until the Argentina invasion in 1982. More on that later.

We are just East of Southern South America, in the South Atlantic Ocean. The Falkland Islands have about 2,500 inhabitants on 740 islands, of which about 85% live in Stanley. It’s a quiet place and quite pleasant – for an hour or two.

The weather is fickle here. We got lucky today. It was delightful for our walk around town. Last year, the ship had to skip this port due to rough seas. 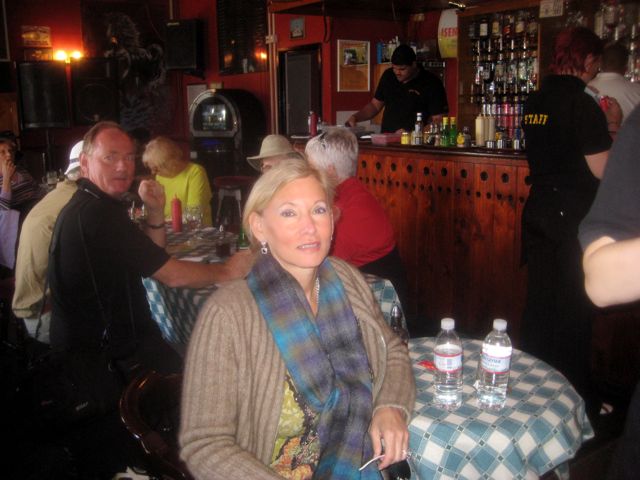 The highlights were their cute waterfront pub, and buildings with various colored roofs. 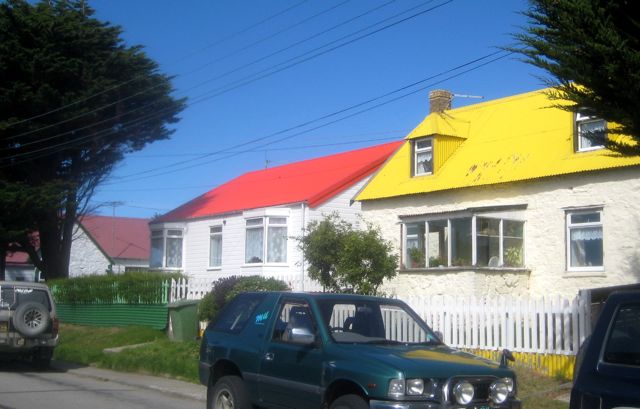 Over the last 400 years, the French, Spanish, Brits and Argentineans have all claimed the Falkland Islands as theirs. However, since there was so little going on here, they each tended to leave. Two different nations left plaques behind saying “adios” but the Falkland Islands belong to us anyway.

Britain colonized and controlled the Falkland Islands for about 150 years. The port here was busiest during the California gold rush.

In April 1982, Argentina’s military junta marched in and took control of the Falkland Islands. Margaret Thatcher put her credibility on the line, coercing her parliament to protect it. They did, and took back control June 14, 1982. As a result of this action, Thatcher is a hero here.

The Argentina junta had already changed all the signs to Spanish, had people drive on the opposite side of the road, and do other Spanish type things. Their defeat here is credited for tumbling the junta and bringing democracy back to Argentina.