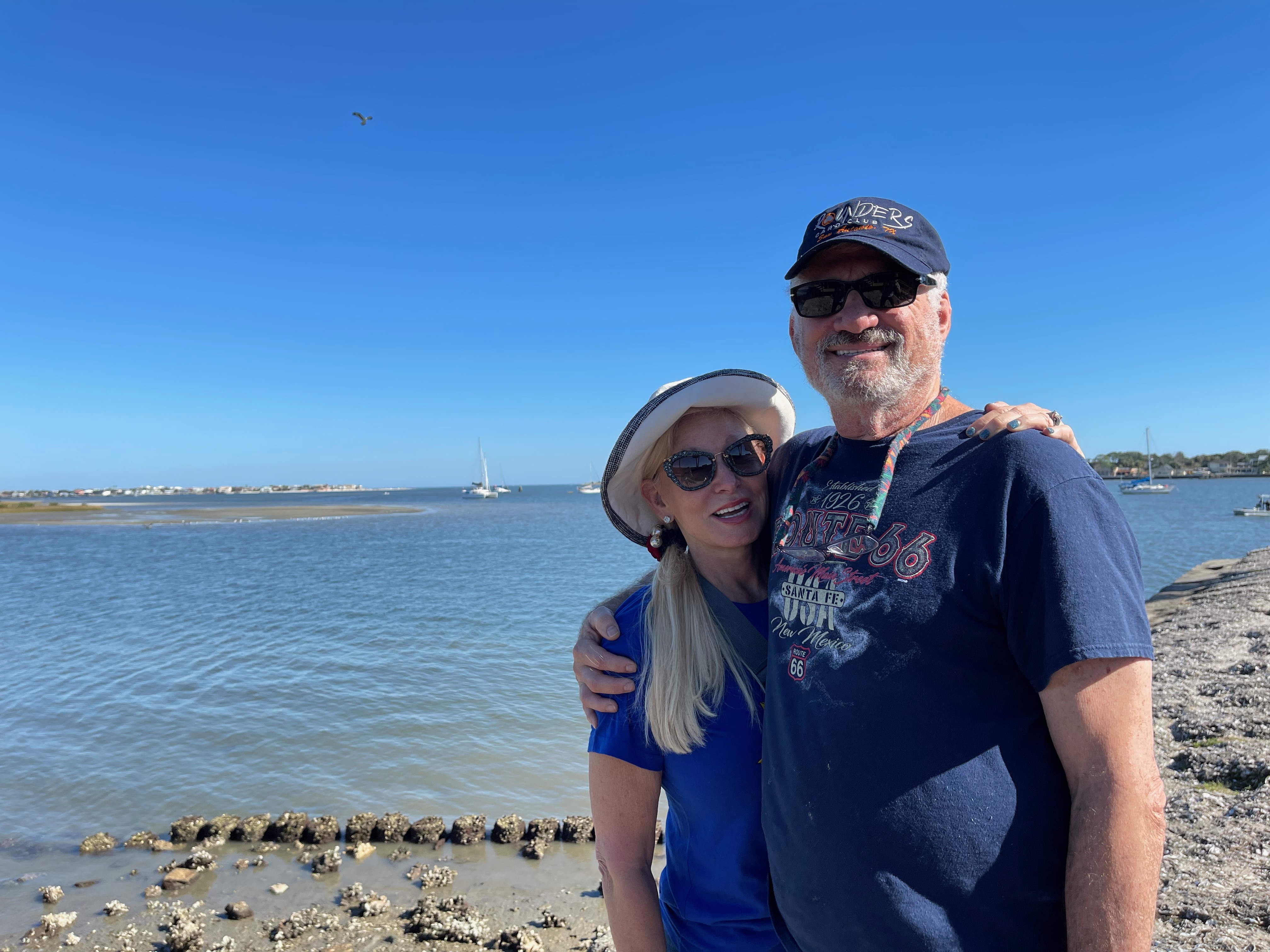 St Augustine is the oldest city in the U.S.A. Founded in 1565, it is about 65 years older than New York and Boston. 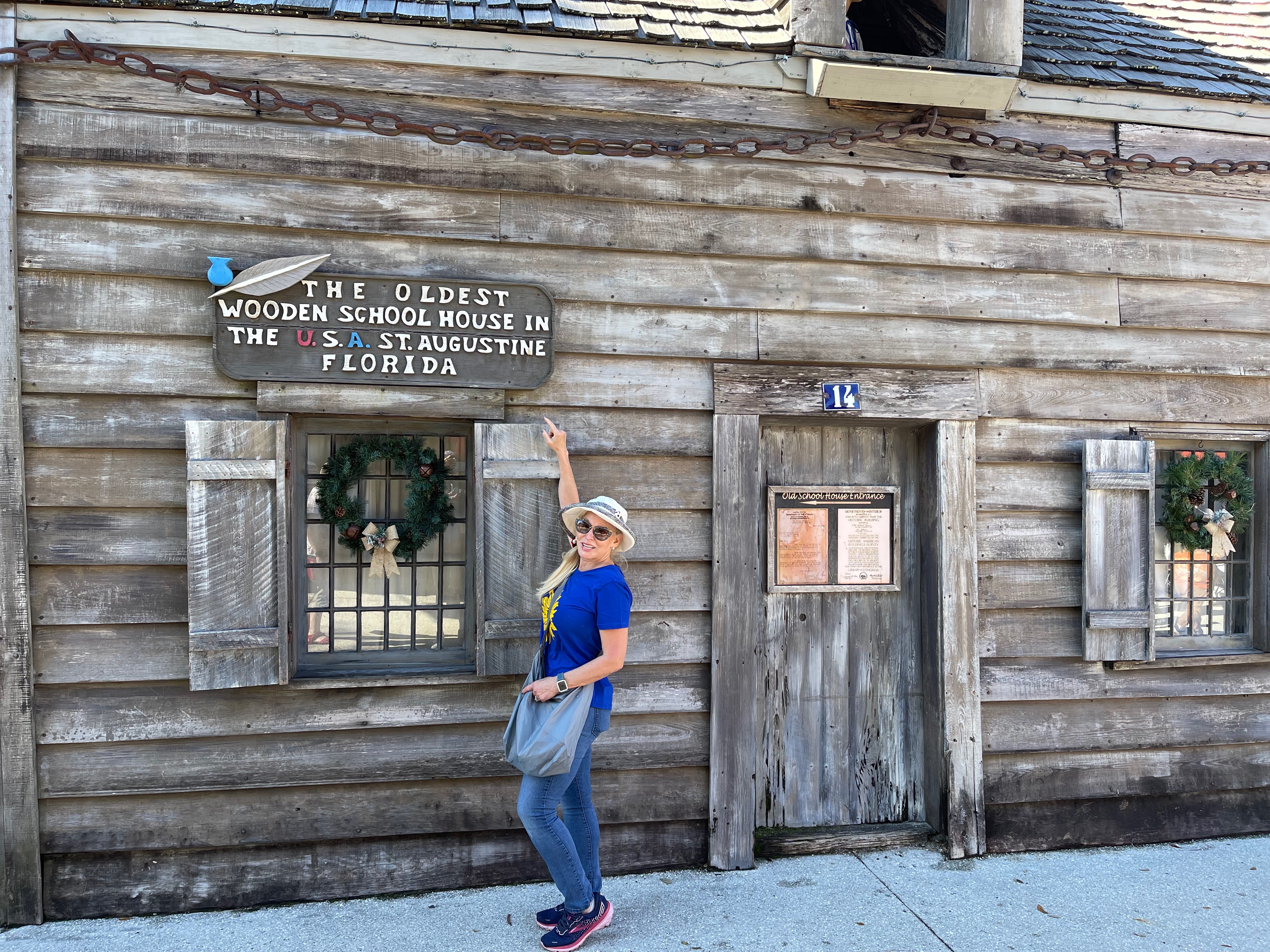 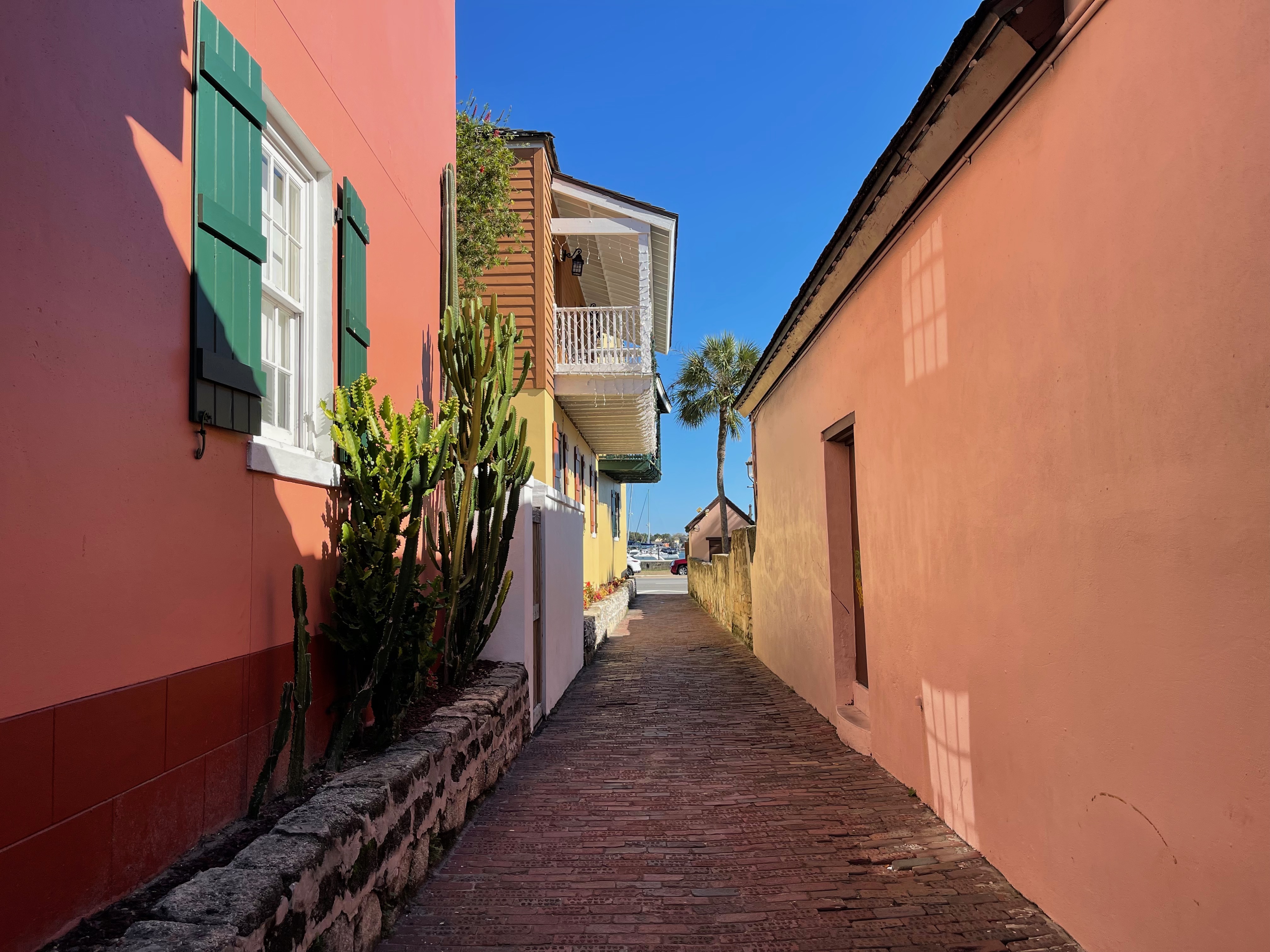 Treasury Street in the narrowest street in the country. Less than seven feet at its narrowest, it was narrow by design. There are stories, about pirates, as to why.  I couldn’t verify any whatsoever. In fact, streets were quite narrow then, and many in the neighborhood were widened over time. 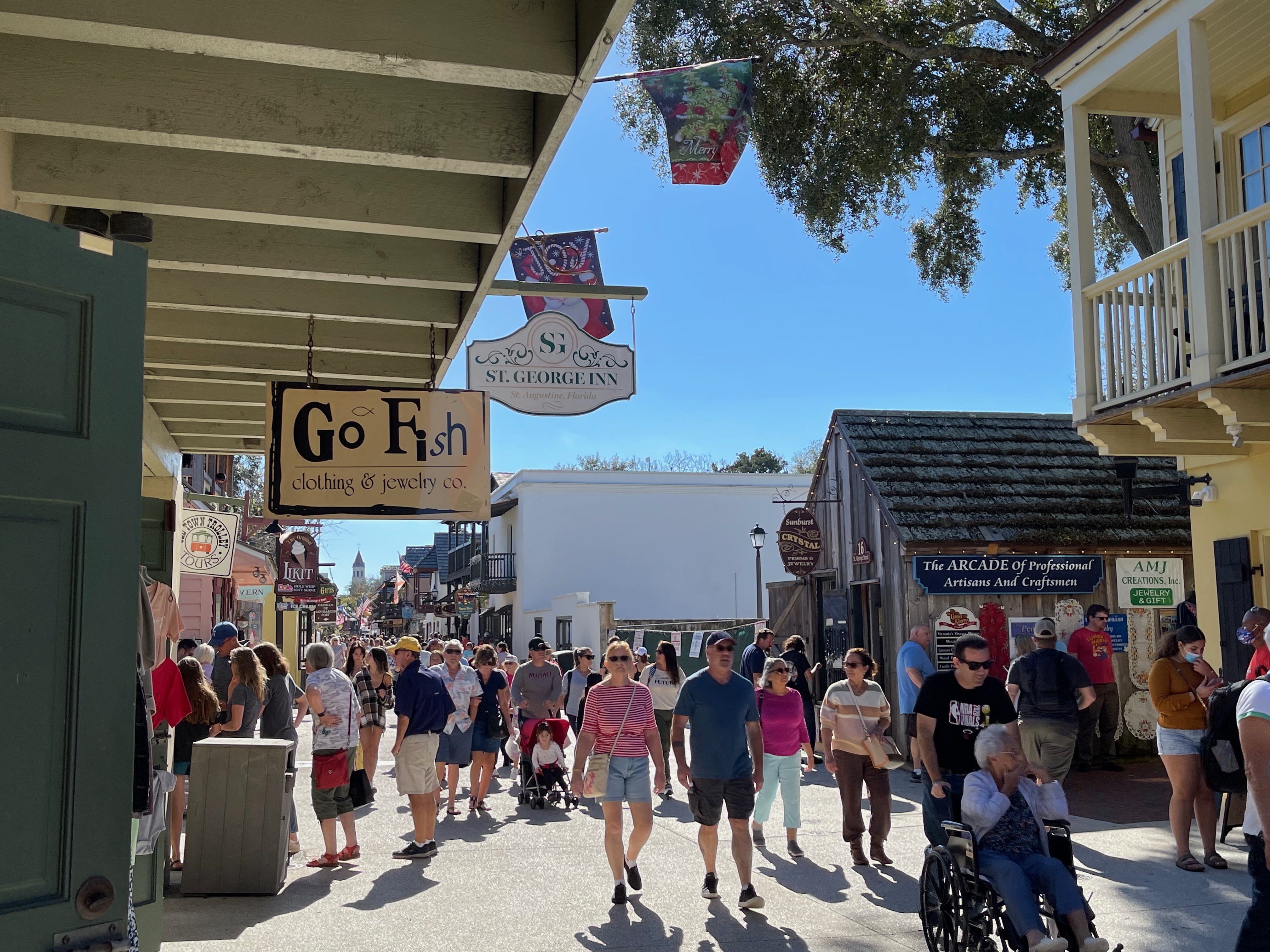 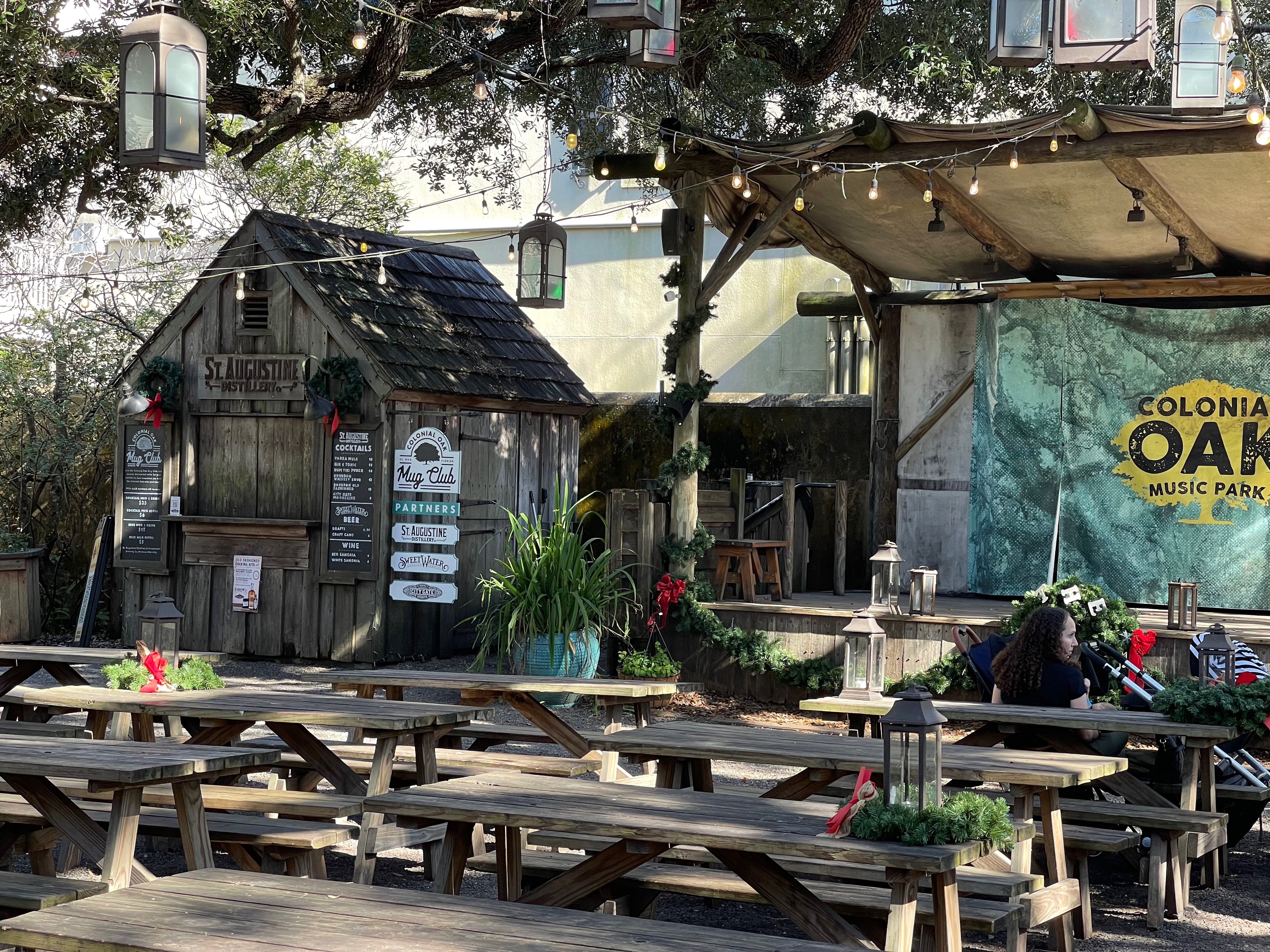 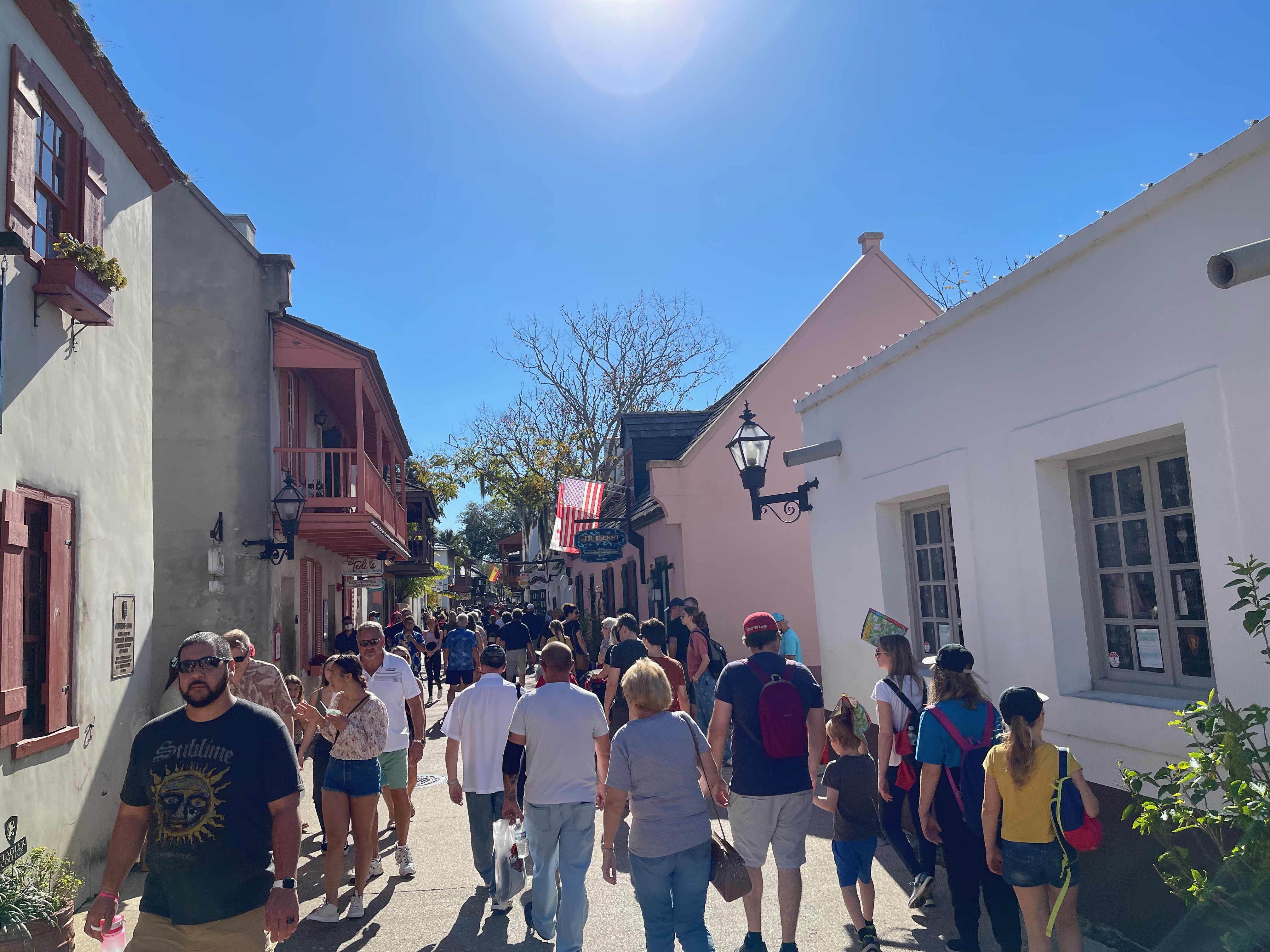 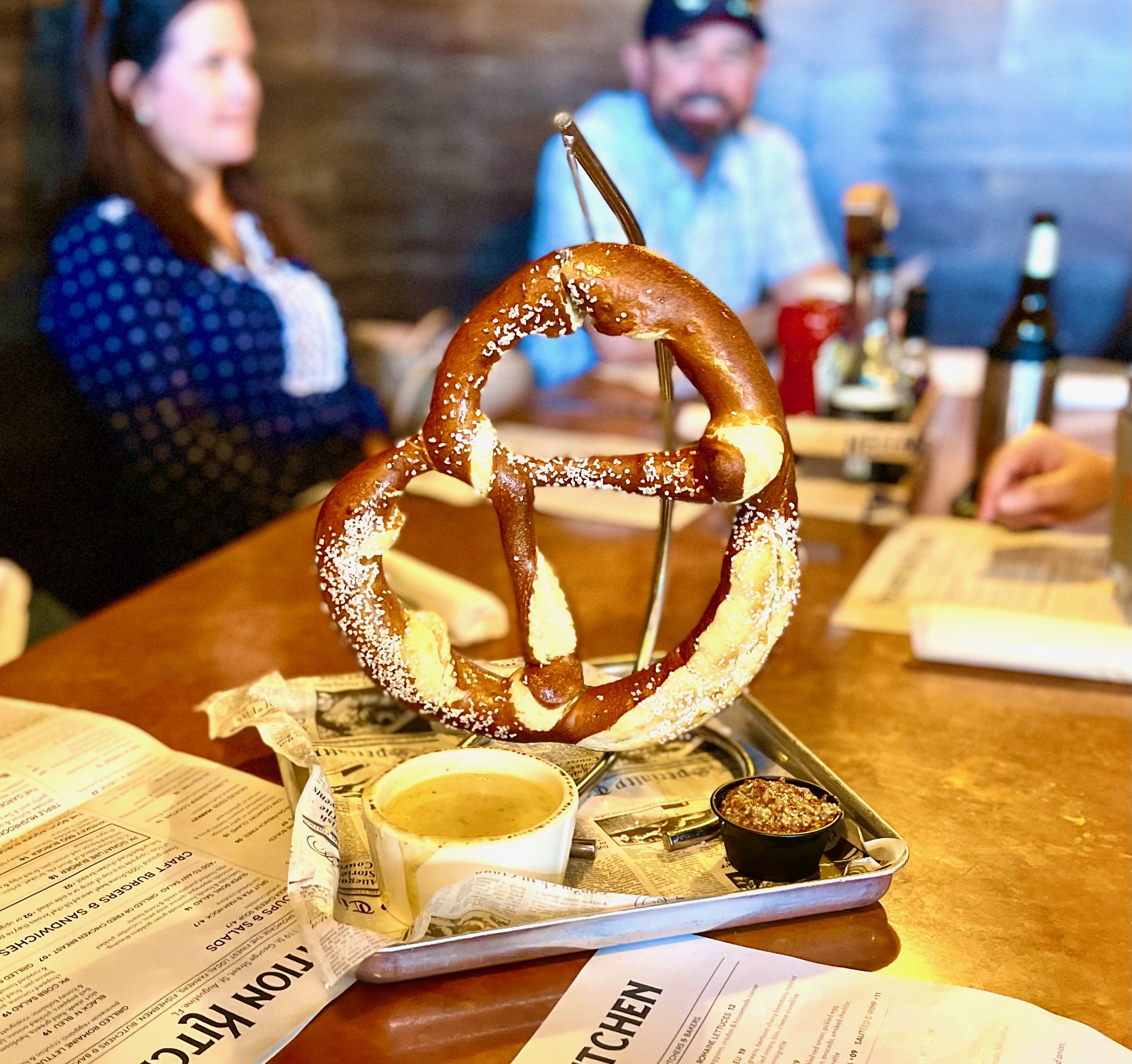 St. Georges Street is totally touristy and exactly the kind of place we like. It is loaded with restaurants, attractions, shops, and historical sites. It made St. Augustine much more fun than we anticipated. 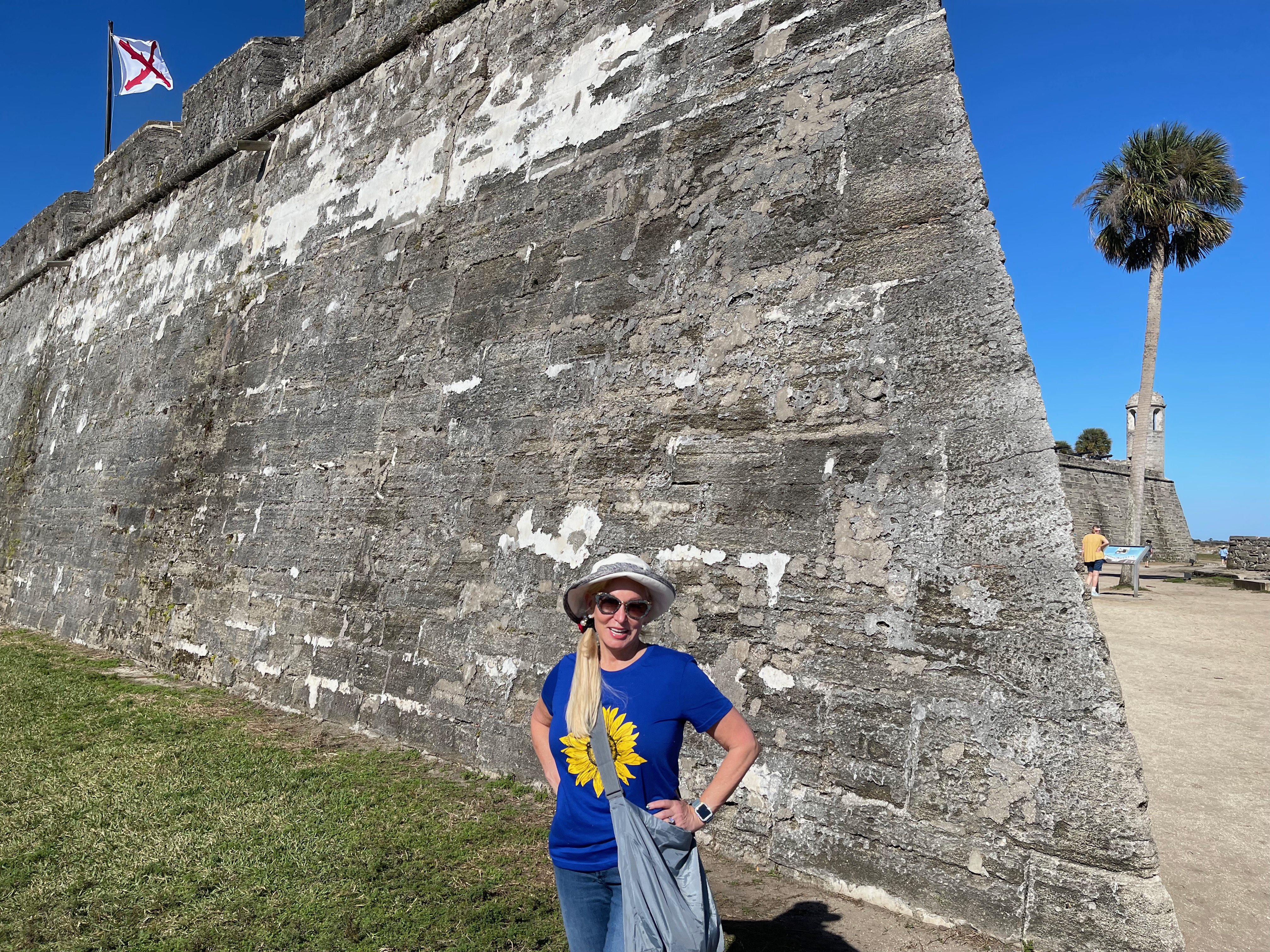 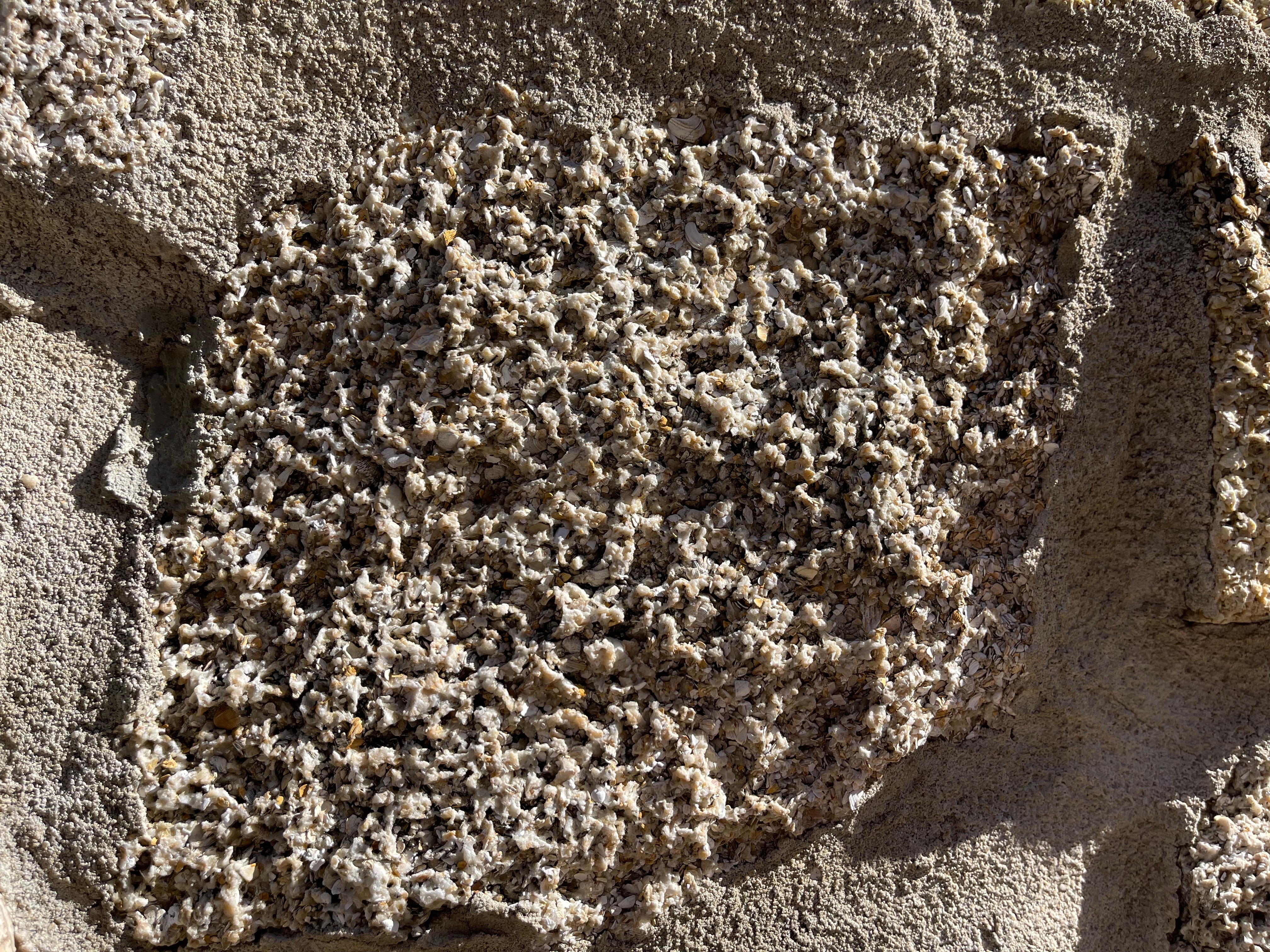 The Castillo de San Marcos is the oldest masonry fort in the continental United States.

It was built with coquina, a compressed sea shell that  absorbed the impact of cannon balls instead of shattering like regular stone. That stone is credited with saving the city.

These cannons could shoot up to a mile and a half. 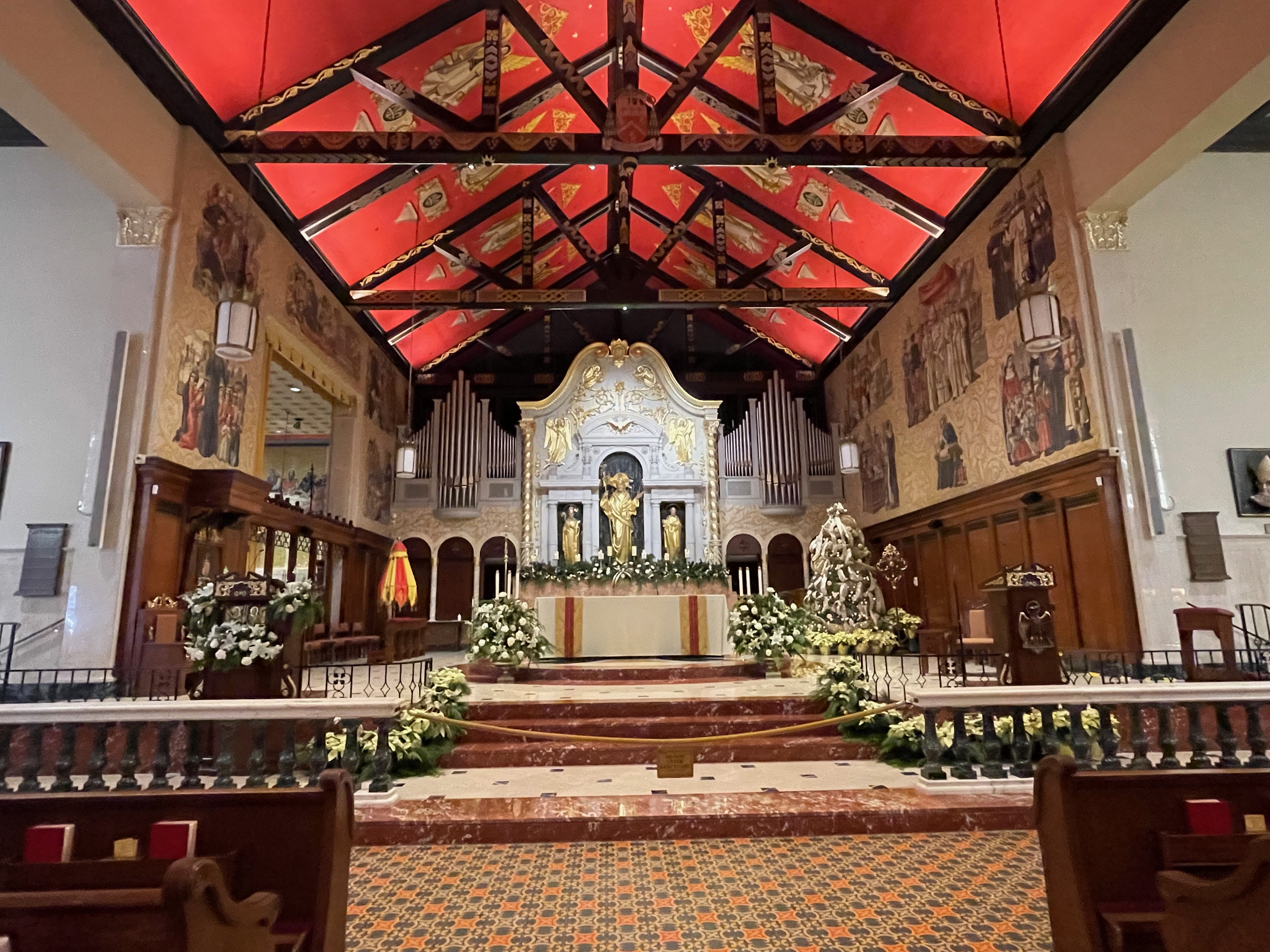 The Cathredral Basilica is the first Catholic congregation in North America. 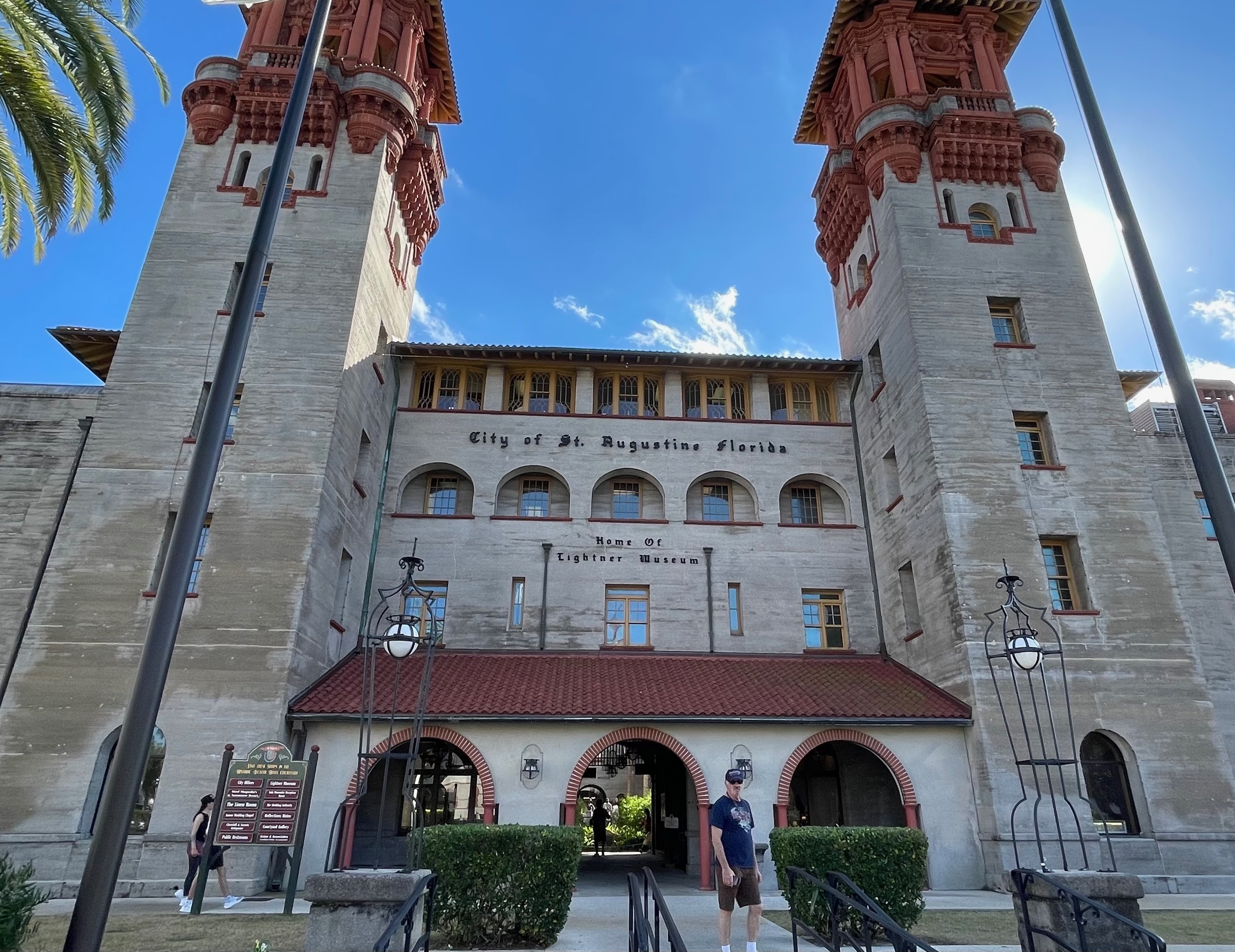 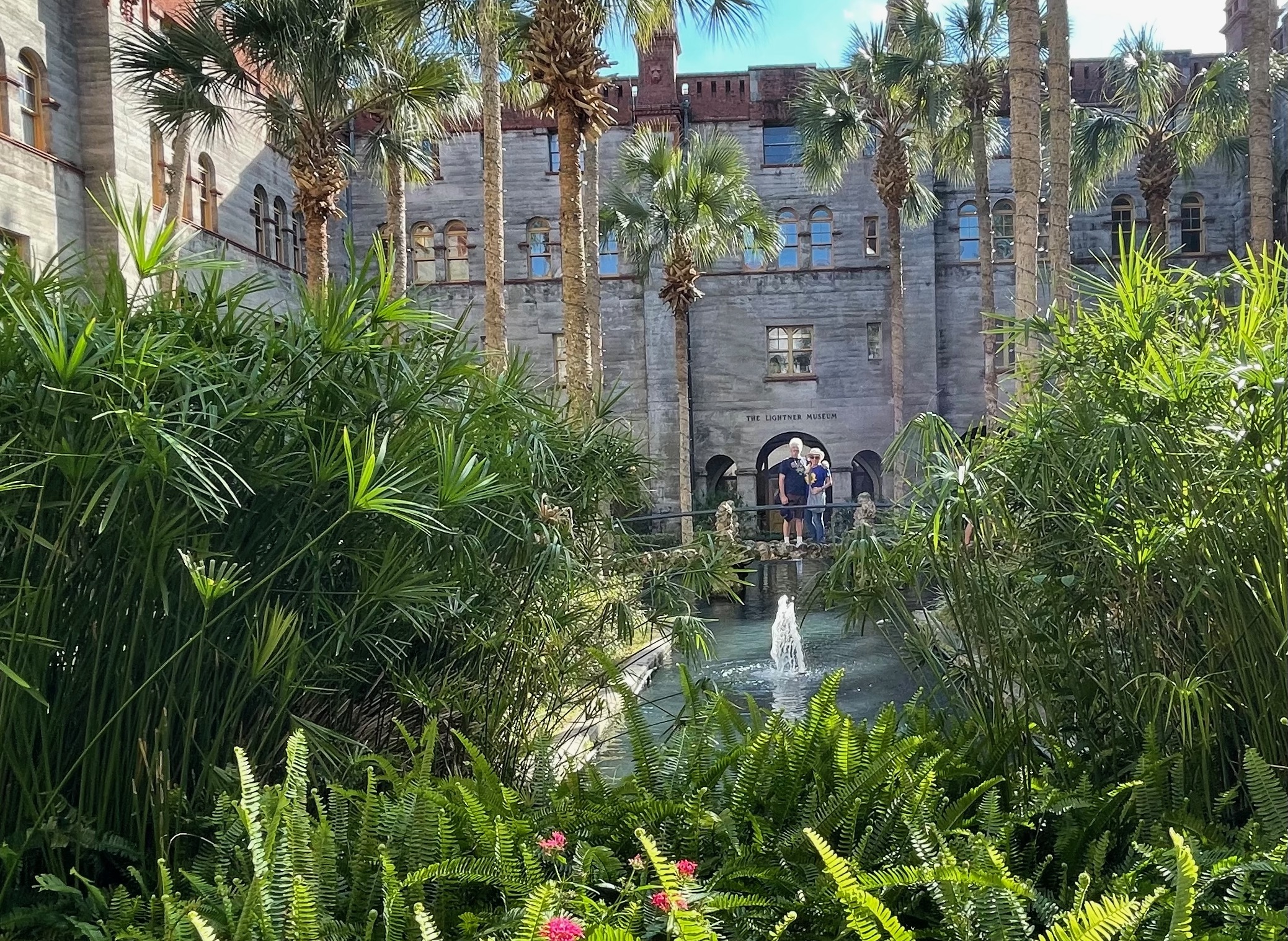 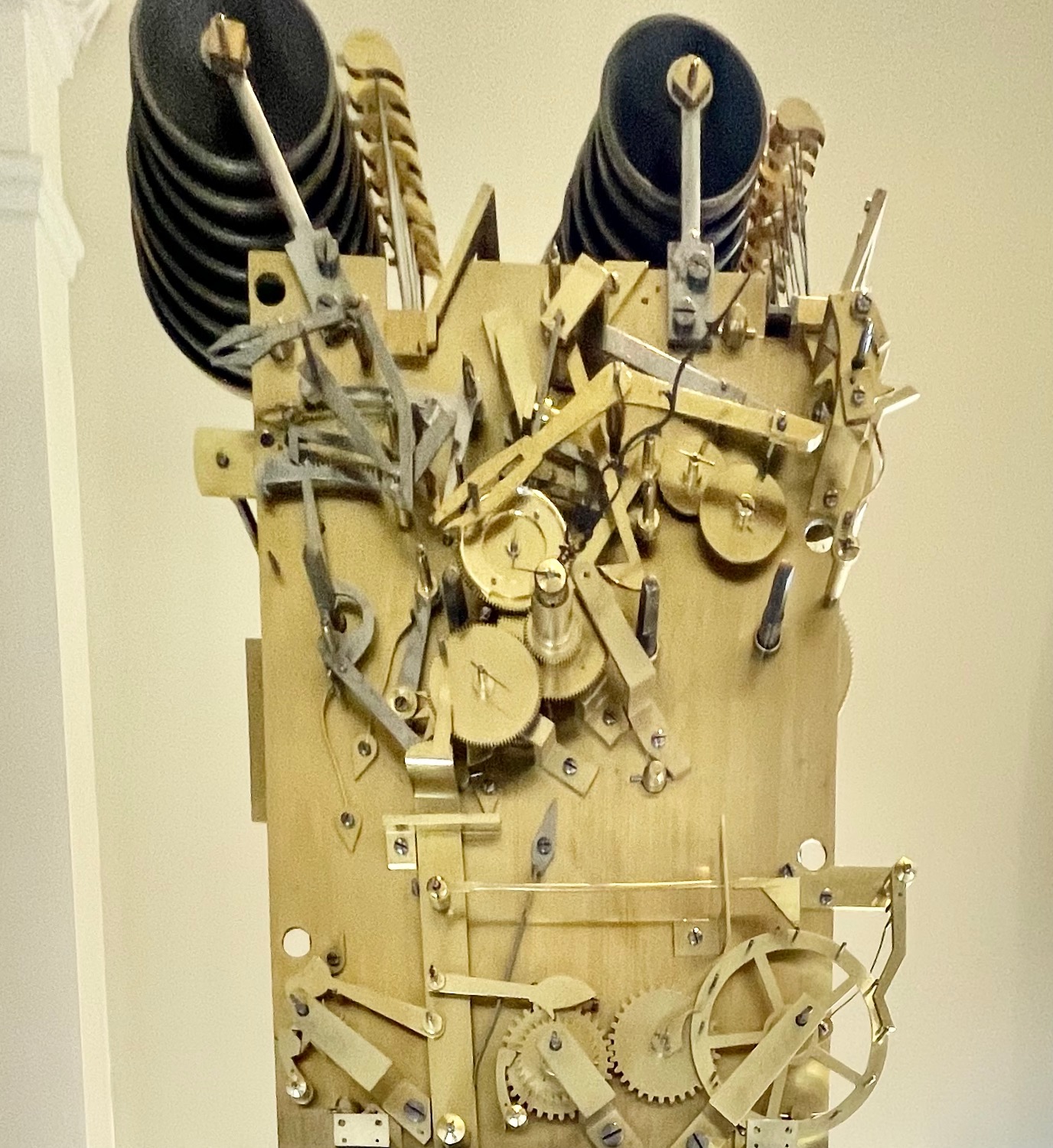 The Lightner Museum occupies the former Alcazar Hotel, a Gilded Age resort hotel owned by Henry Flagler. It was fun to see the guts of a grandfather clock that is being rehabbed. 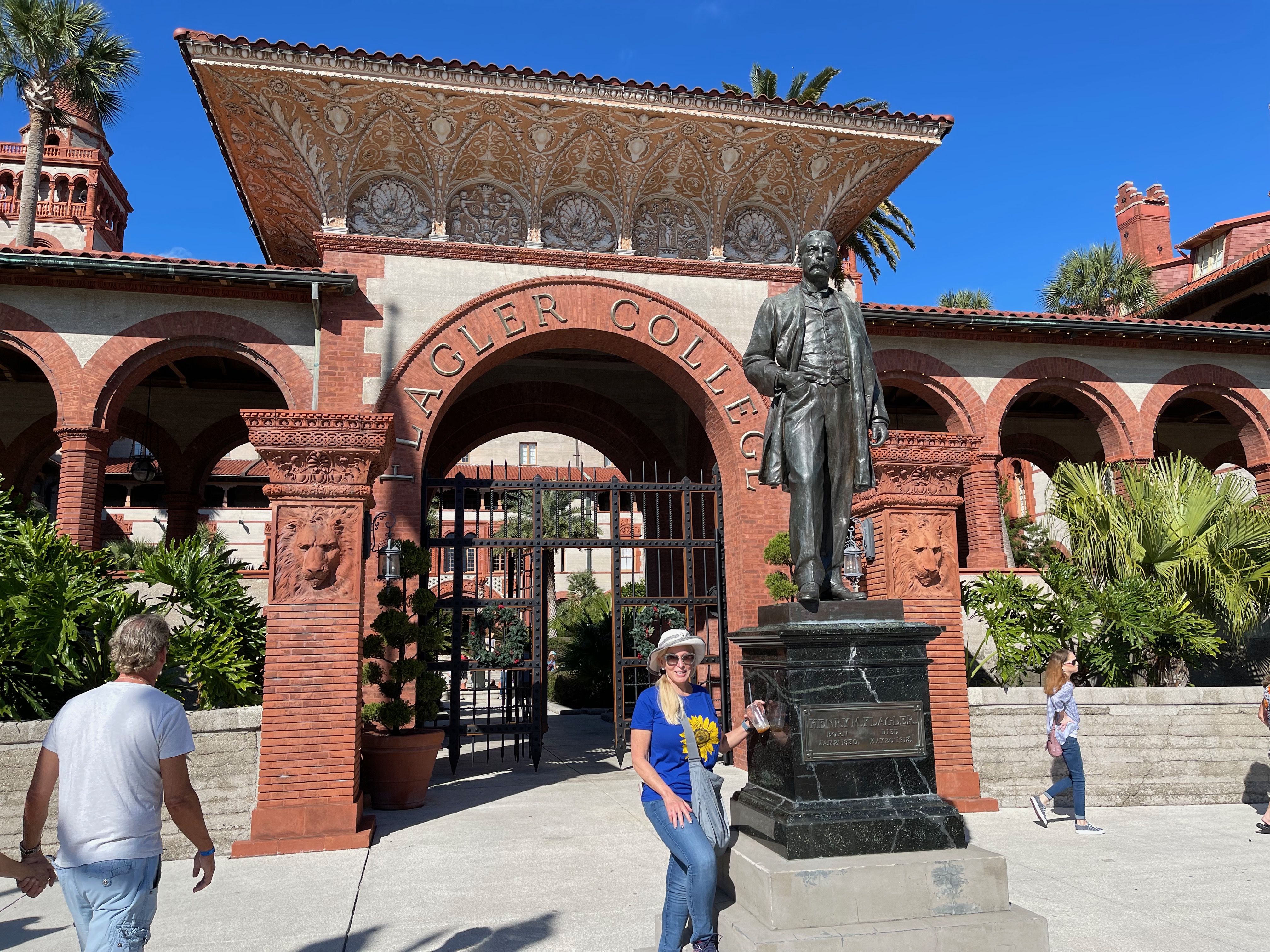 Previously, I had never heard of Henry Flagler. He was a creep, but he built pretty places. He was a partner to John D. Rockefeller in Standard Oil. He came to Florida to aid his ailing wife. She died shortly thereafter. He loved the weather and became even more wealthy, building  his tourist empire, and modern Florida, by exploiting two brutal labor systems – convict leasing and debt peonage.

On the personal front, he had his doctor friend declare his second wife crazy and then bribed the Florida legislature to make craziness grounds for divorce (That was soon repealed). He married again 10days later. 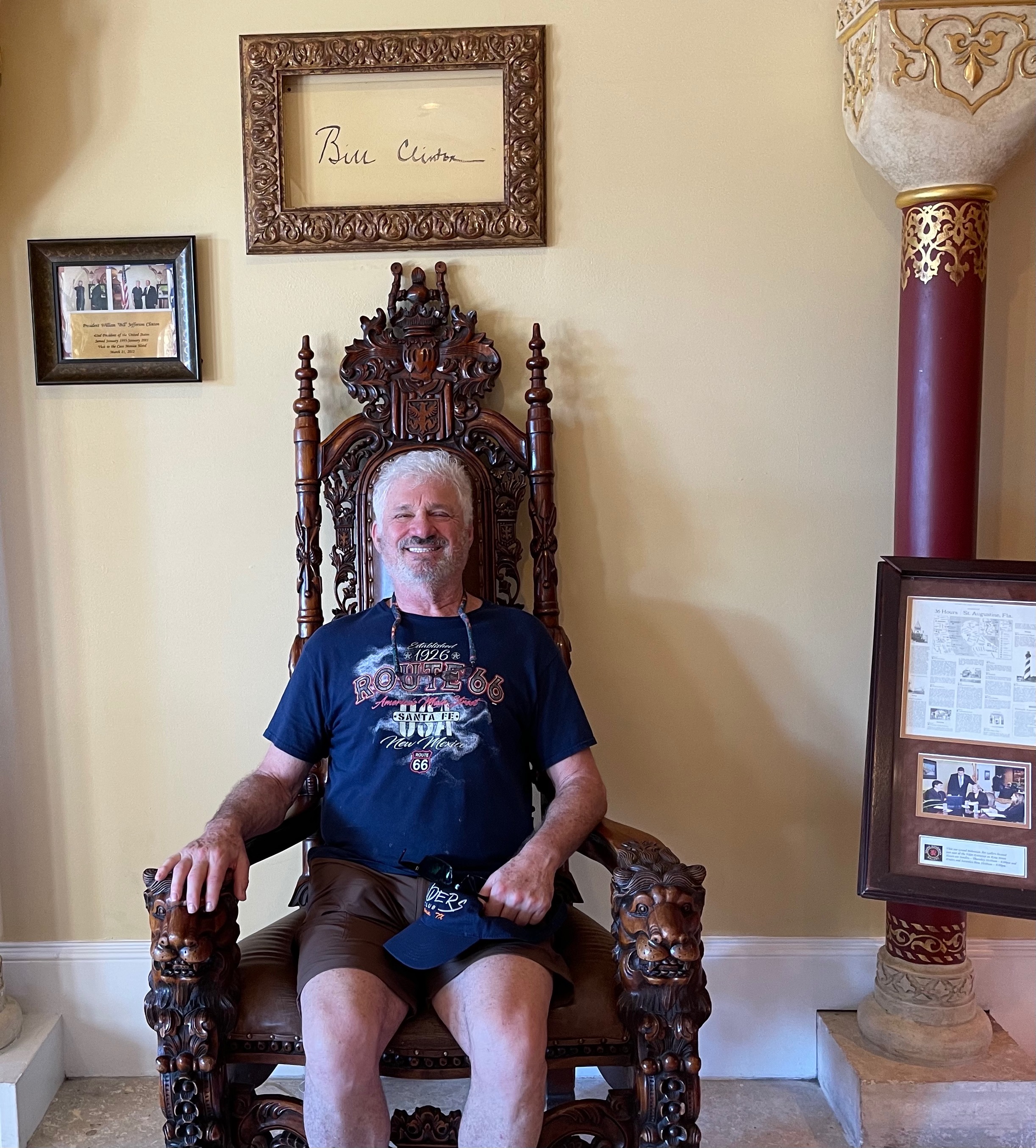 Henry Flagler also owned the Casa Monica Hotel. I sat in the chair Bill Clinton once sat in and wrote his name on the wall. 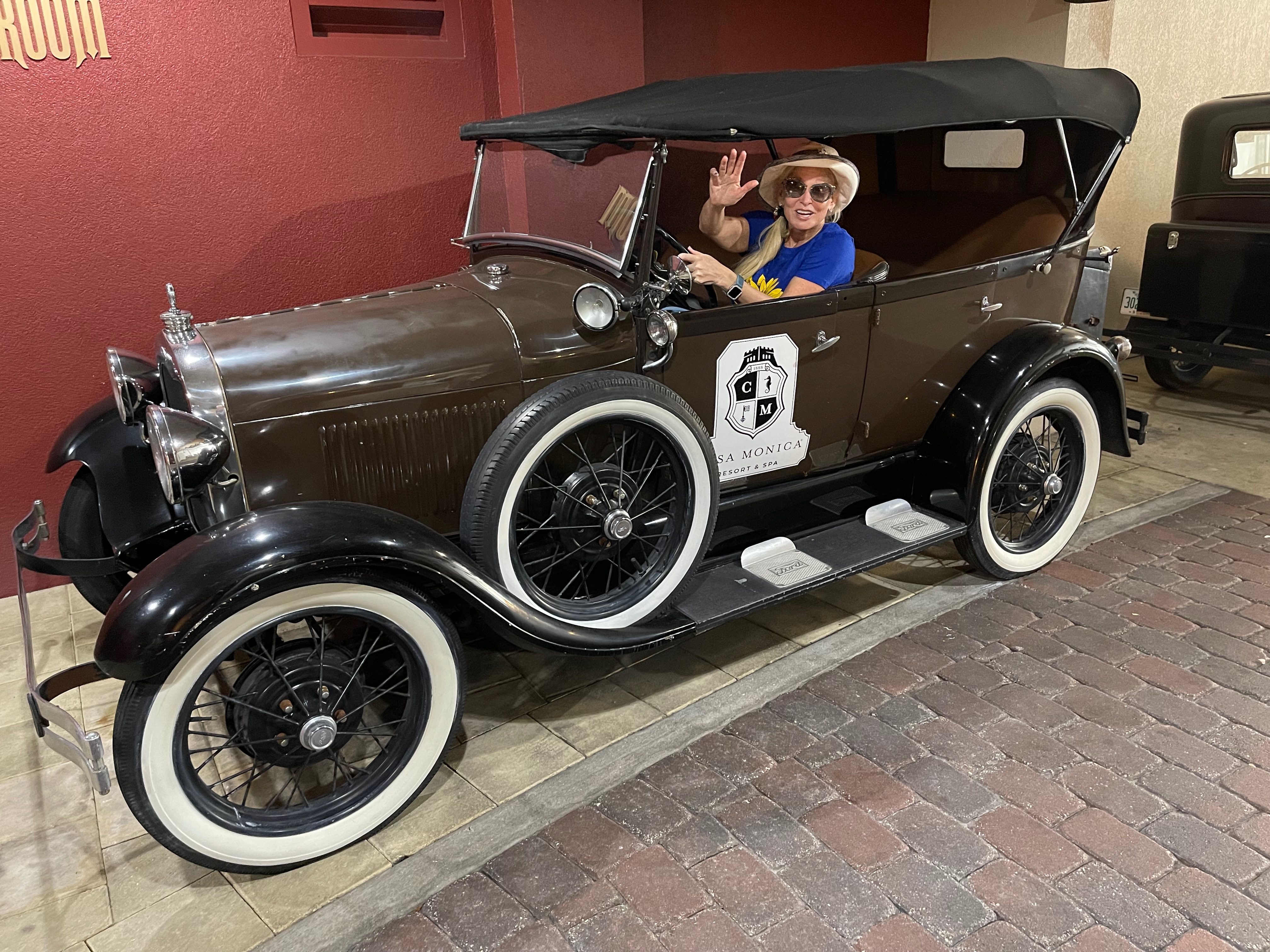 Allyn checked out a couple of their Vintage automobiles.