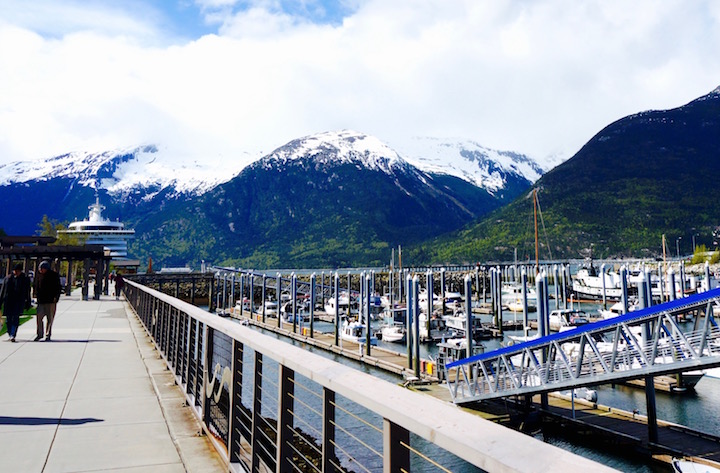 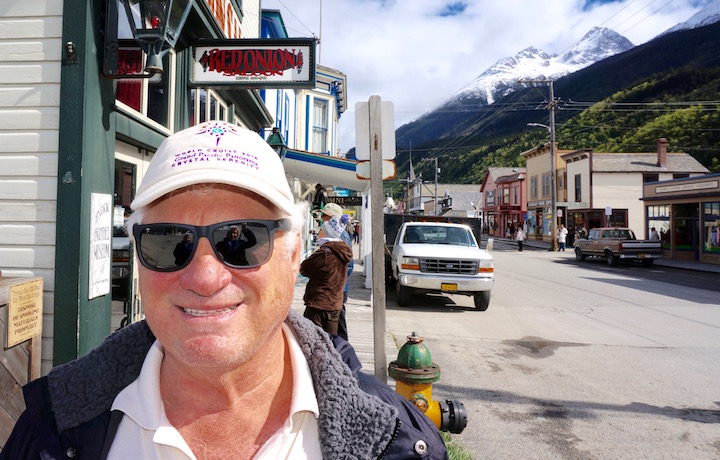 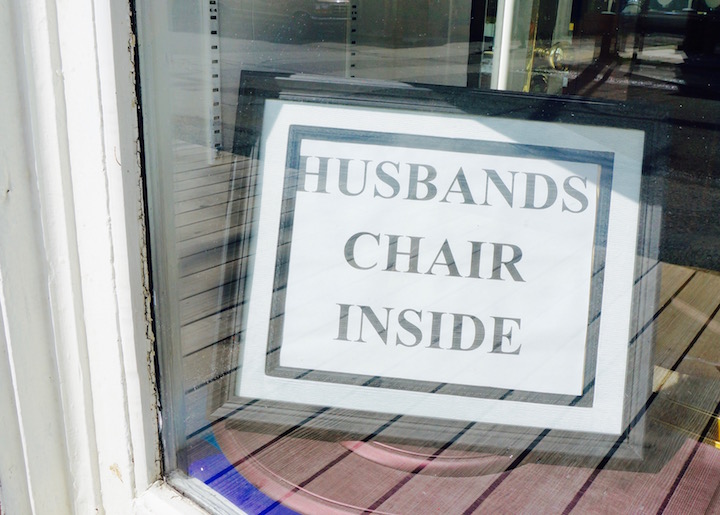 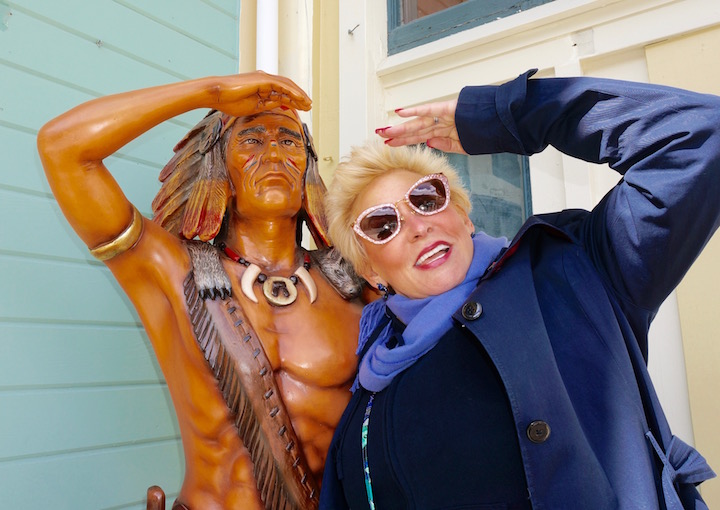 Skagway was beautiful today, but it was a rough, tough city during the Klondike Gold Rush.

Gold was discovered in the Klondike region of the Yukon in NW Canada on August 16, 1896.

It was “just far enough away to be romantic and just close enough to be accessible”. 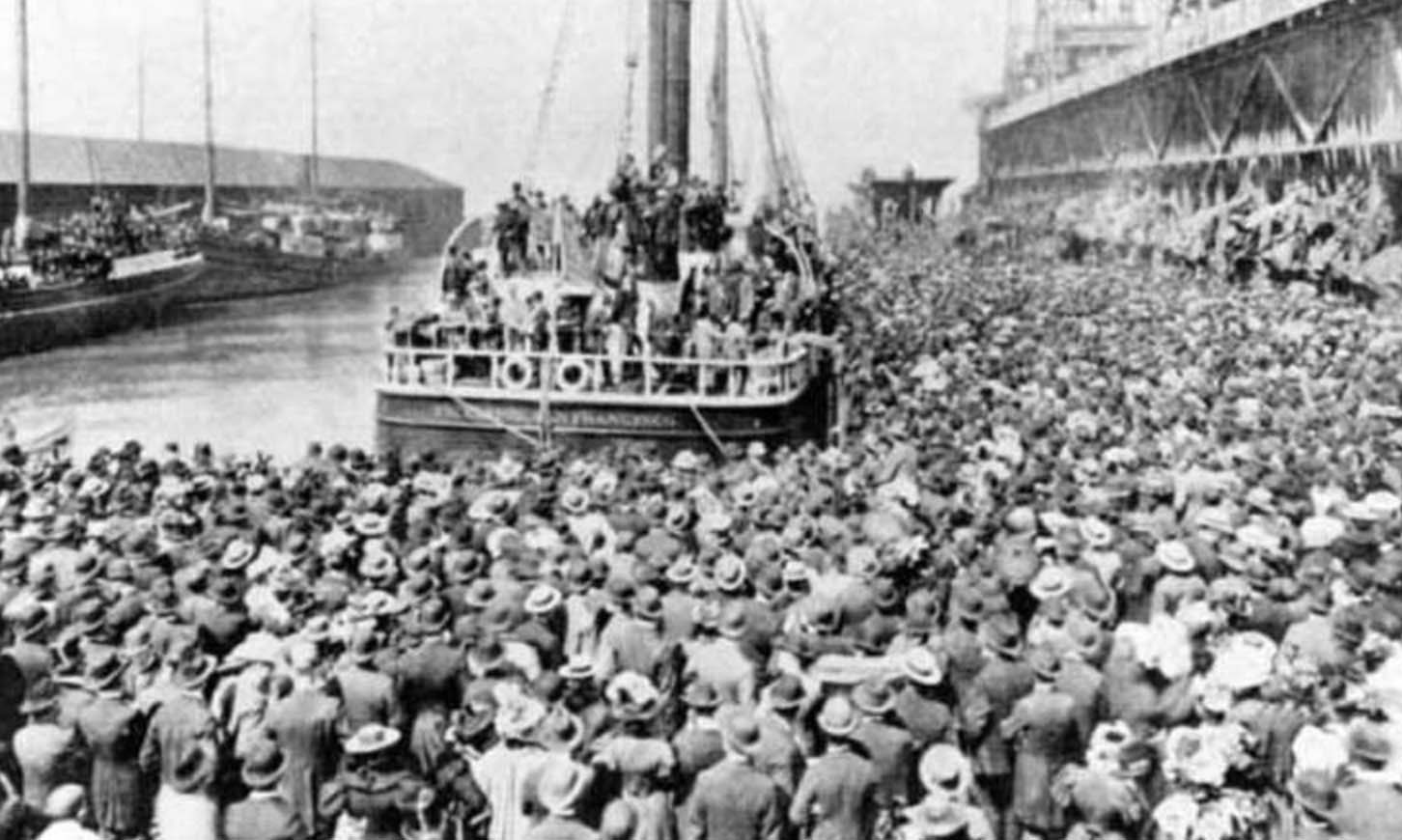 From July, 1897 for about a year, over 100,000 dreamers traveled mainly from Seattle to Skagway hoping to get rich. 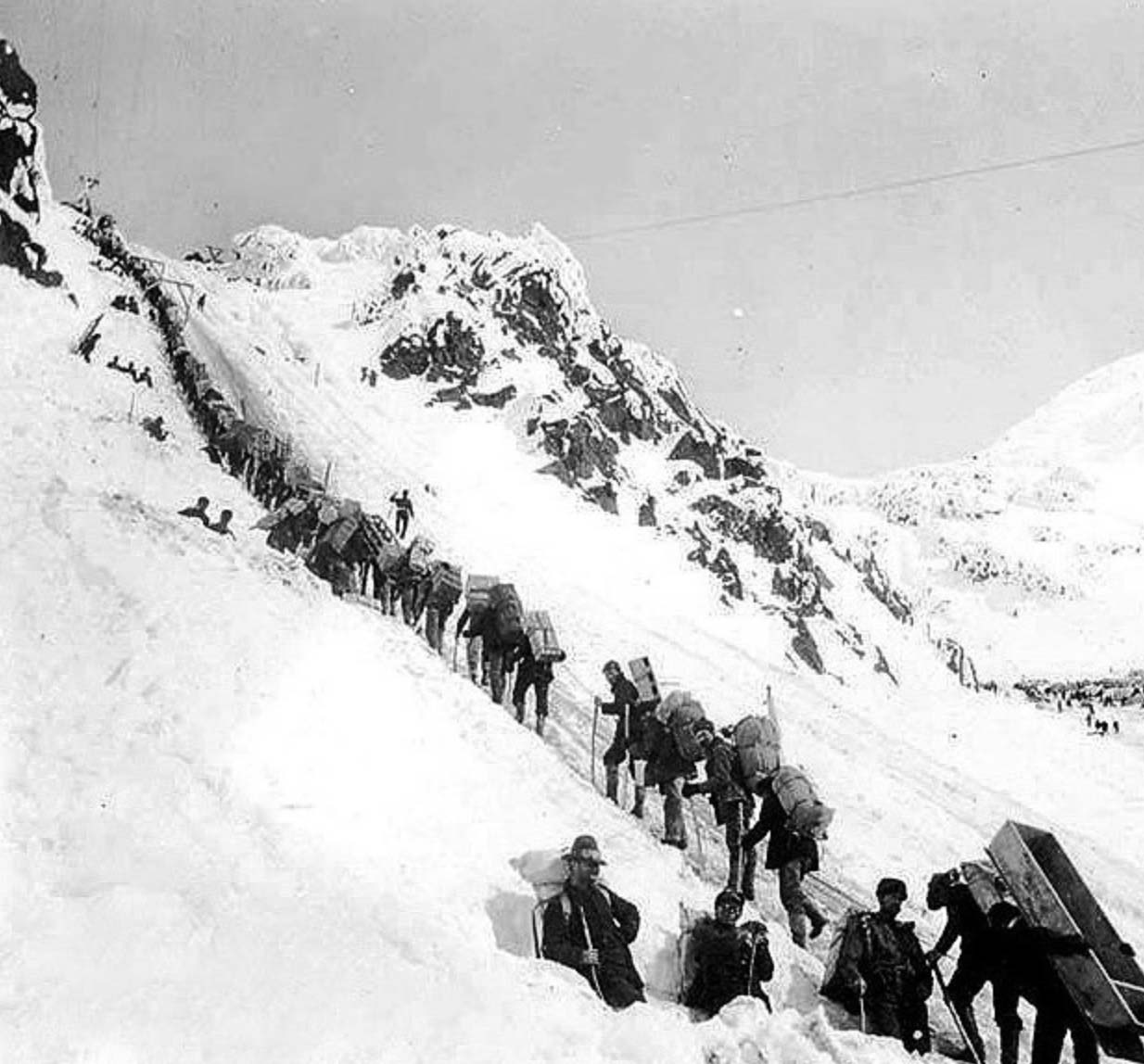 Canadian authorities required each person to bring a year’s supply of food. Each hauled close to a ton of equipment, which for most had to be carried in stages by themselves.

Even though they only had to hike a route of about 40 miles over the pass they walked single-file and needed about 30 round trips to get all their belongings moved. The result was about 2,500 miles trekking over a 90 day period.

It is estimated that maybe 1% came back with more than they left with.

When gold was discovered in Nome in 1899, that was the end of the Klondike Gold Rush.