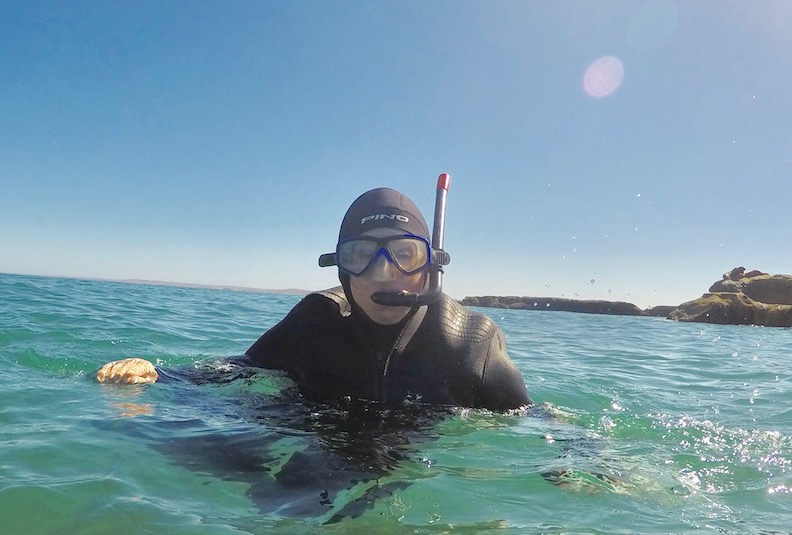 Lucky for me, the weather didn’t permit our ship to stop at Port Stanley in the Falkland Islands.  Instead, the captain decided to make an unscheduled stop at Puerto Madryn, Argentina where Southern Right Whales, the world’s largest mammal, migrate to breed from May to December.   So what’s a girl to do in February? 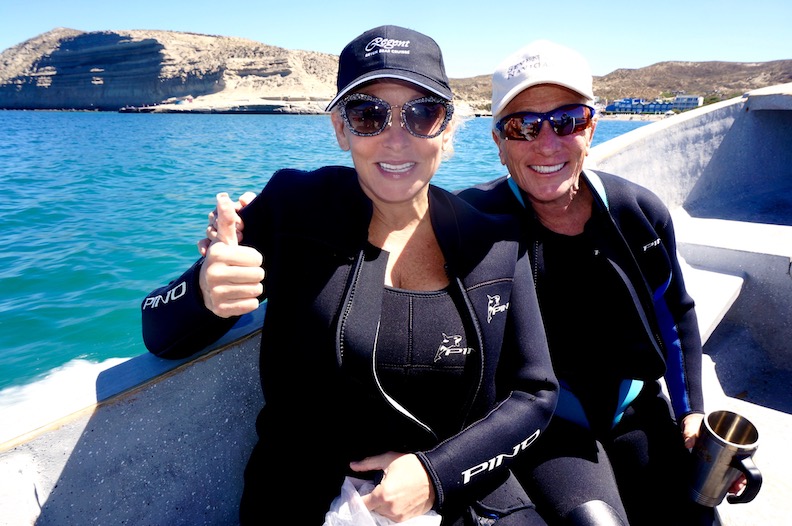 My Barry found a company, Patagonian Divers, that would pick me up and drive me about an hour to Península Valdés, a Patagonian nature reserve that was declared a UNESCO World Heritage Site in 1999.  A cruise friend joined me for the adventure. 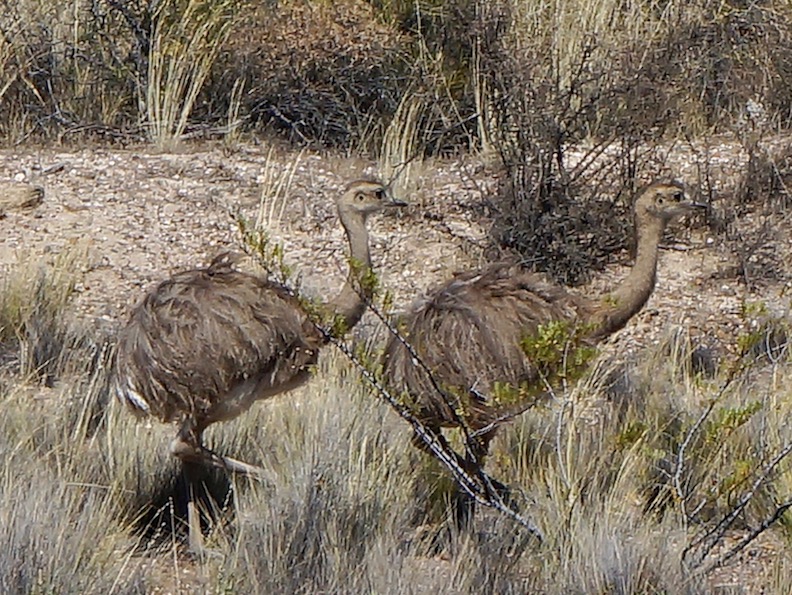 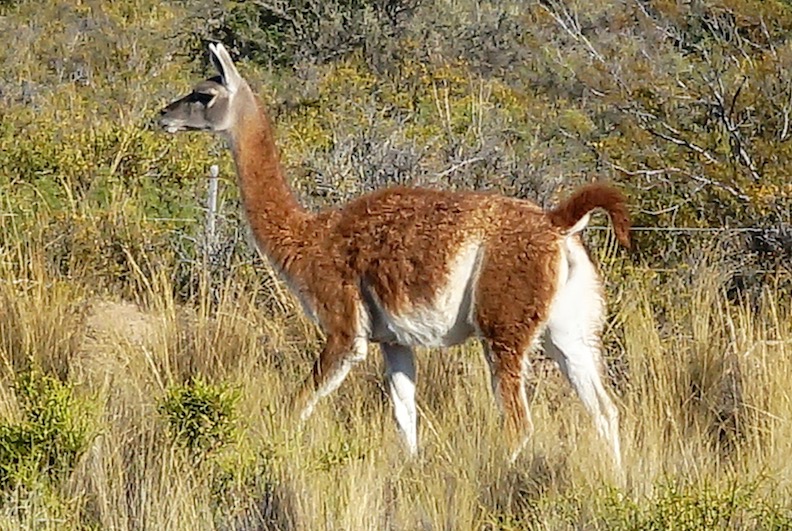 Driving inside the protected area, I saw magnificent indigenous species such as the rhea (a relative of the African ostrich) and the guanaco (related to the llama). 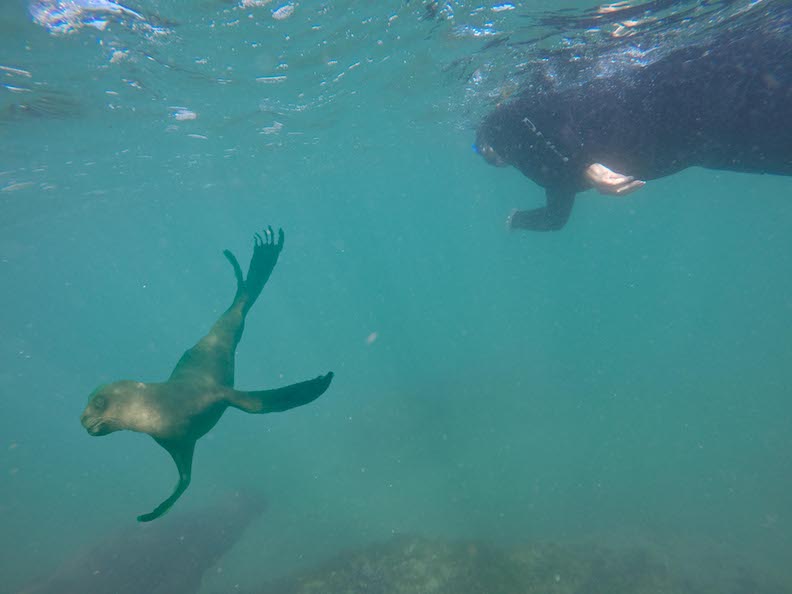 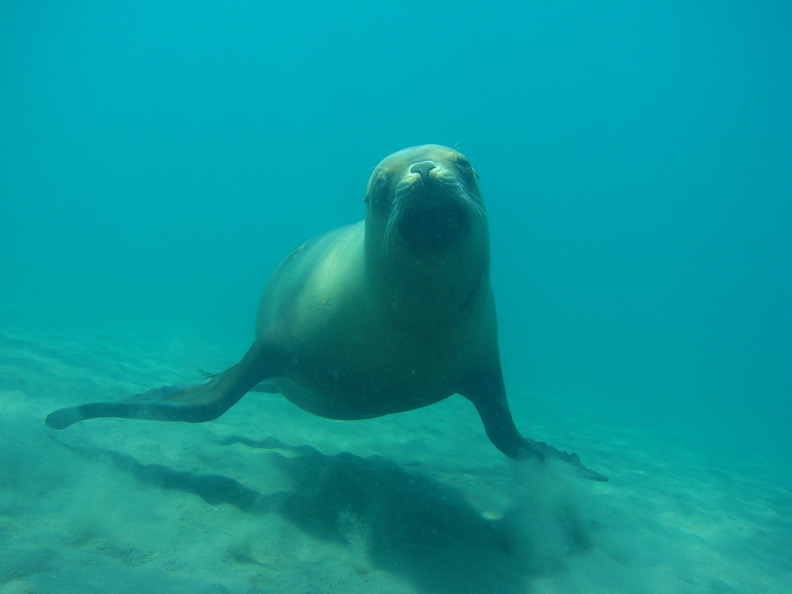 And that was just to whet my appetite on the WAY to the main adventure which was SNORKELING with sea lions!!!!   We arrived at their shop, suited up and headed to the boat.  After twenty minutes of sailing, we dove into the water in search of our marine friends.  Then the magic began!

Being that close with nature is heaven on earth to me.  The sea lions swam around me as I tried to follow closely. Pure bliss.

If that weren’t enough, sailing back, we happened upon some young Magellanic penguins.  I will remember this magical day forever.