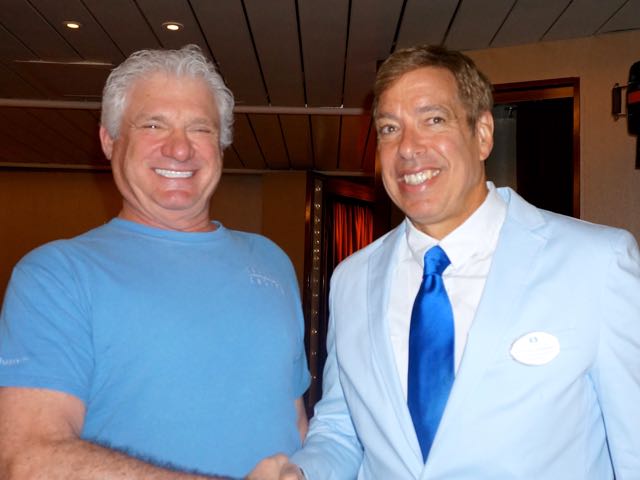 On the eve of one of Israel’s closest and important national elections, Allyn and I had the privilege of having a four person private dinner with Ambassador Marc Ginsberg and his lovely wife, Janet, in our cabin on the Crystal Symphony.

Besides being an Ambassador to Morocco, (the first Jewish ambassador to an Arab country), he has held major Middle East policy jobs for E Kennedy, Carter, Gore, and Clinton. Currently he advises and reports for CNN, CNBC, Bloomberg TV, MSNBC, BBC, Al Arabiya, CBC and Fox News.

I mean who else advises and reports both for the left and the right?

We learned more about Israel and the Middle East last night than in all of our previous years combined.