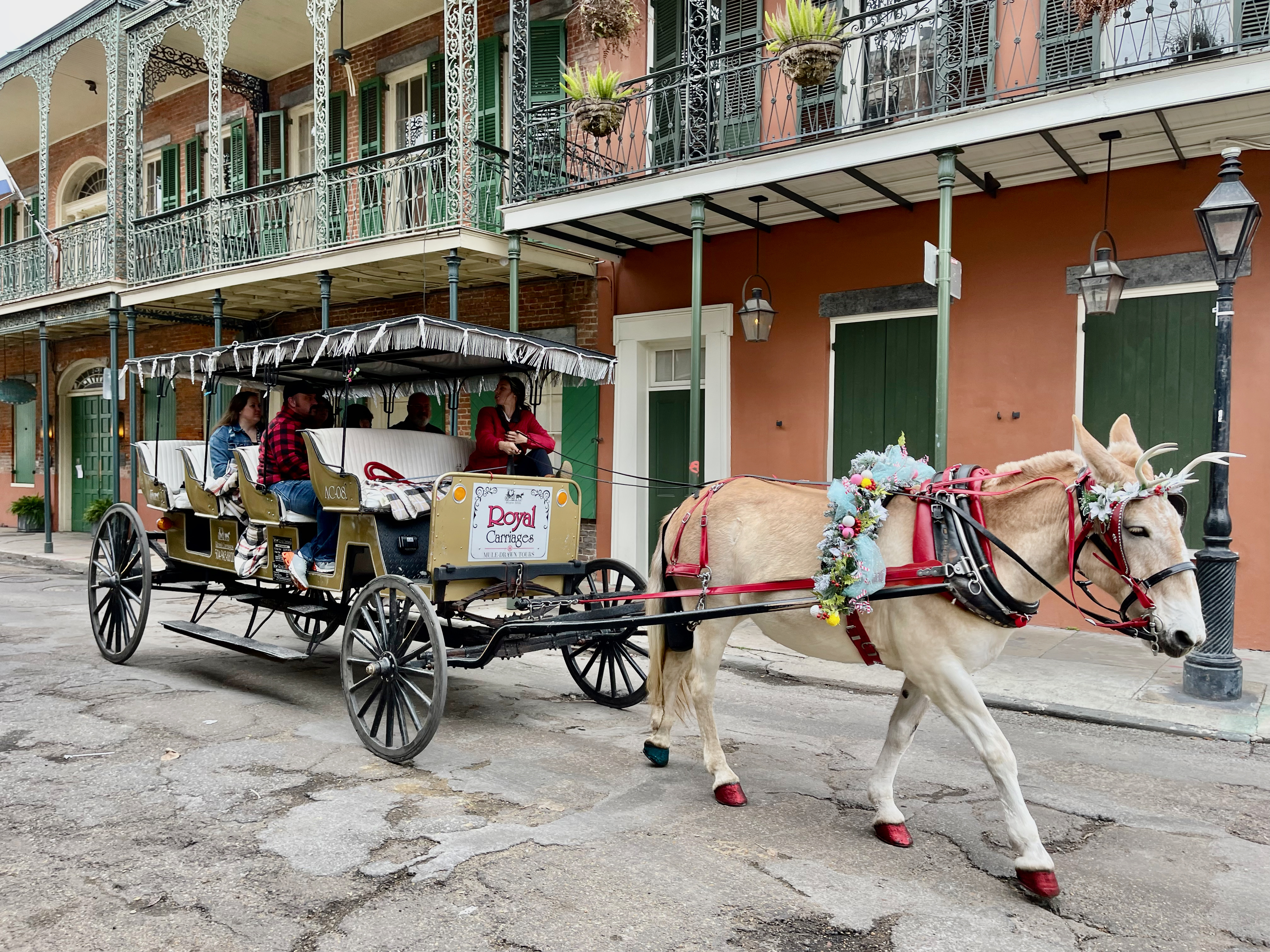 New Orleans sits on the Mississippi River, near the Gulf of Mexico. It’s known for fun, music, and for being a melting pot of French, African and American cultures. Mardi Gras, its late-winter carnival is famous for raucous costumed parades and street parties. 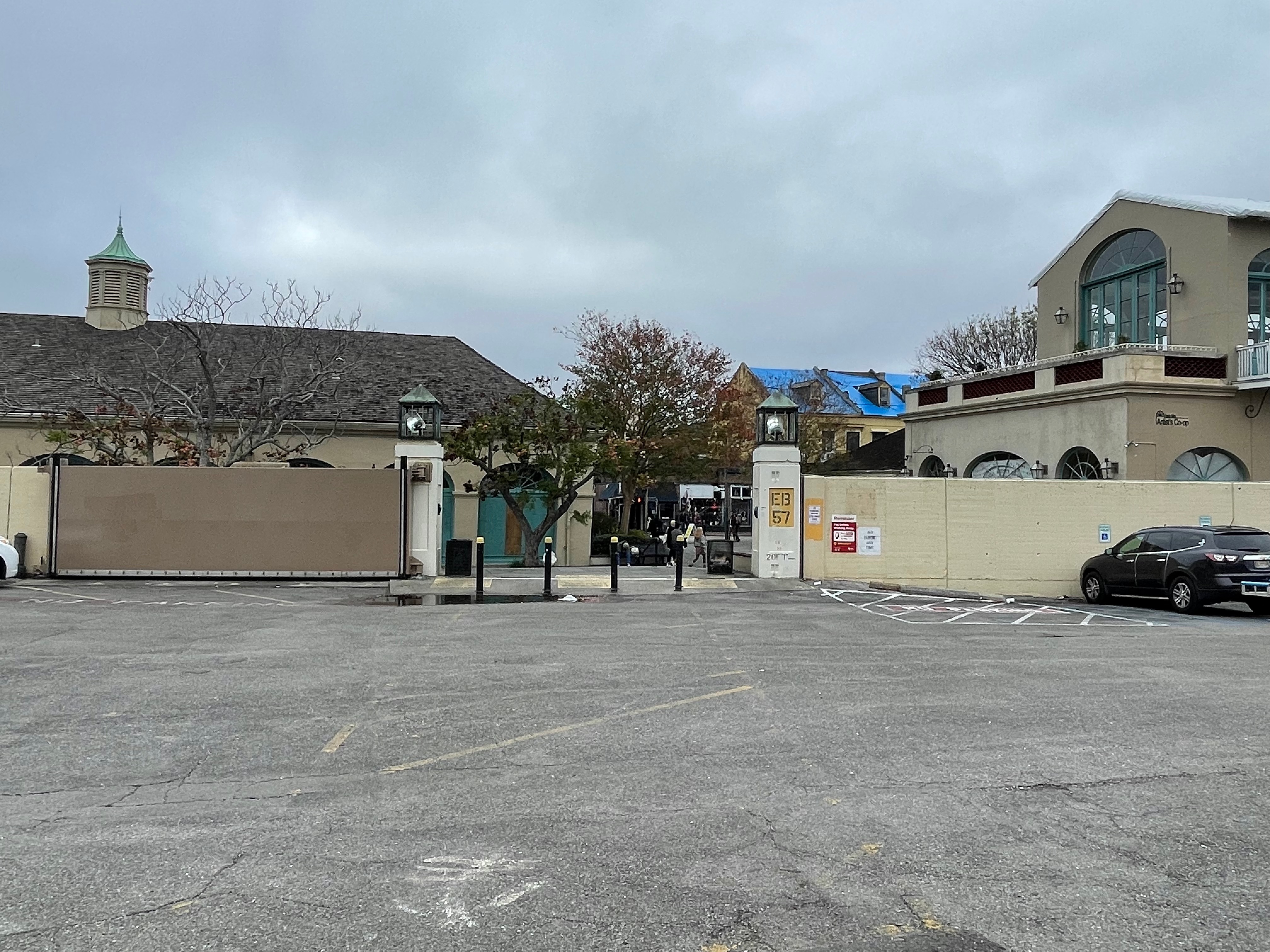 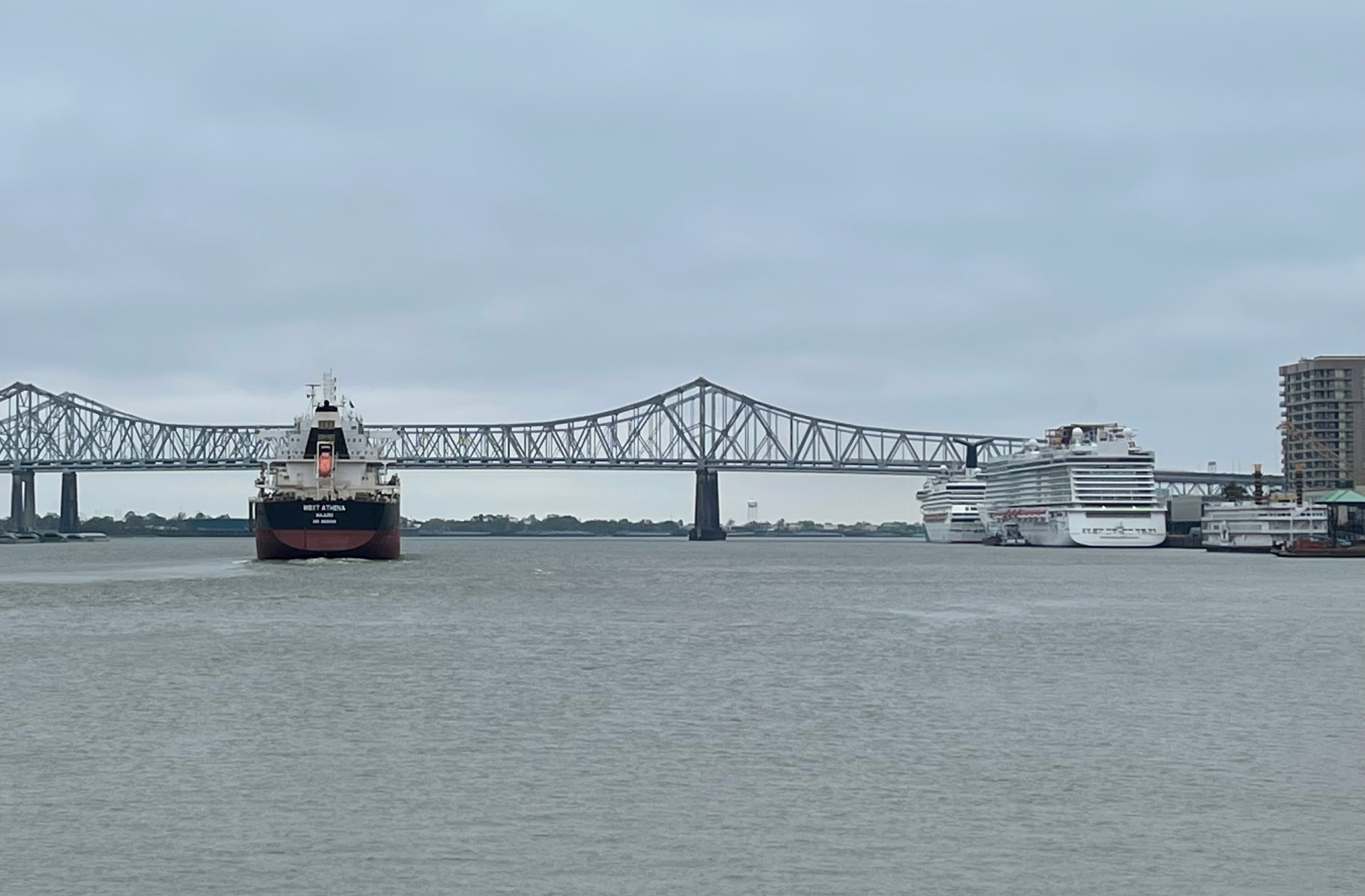 This seven-foot high, thick wall is to help with floods. 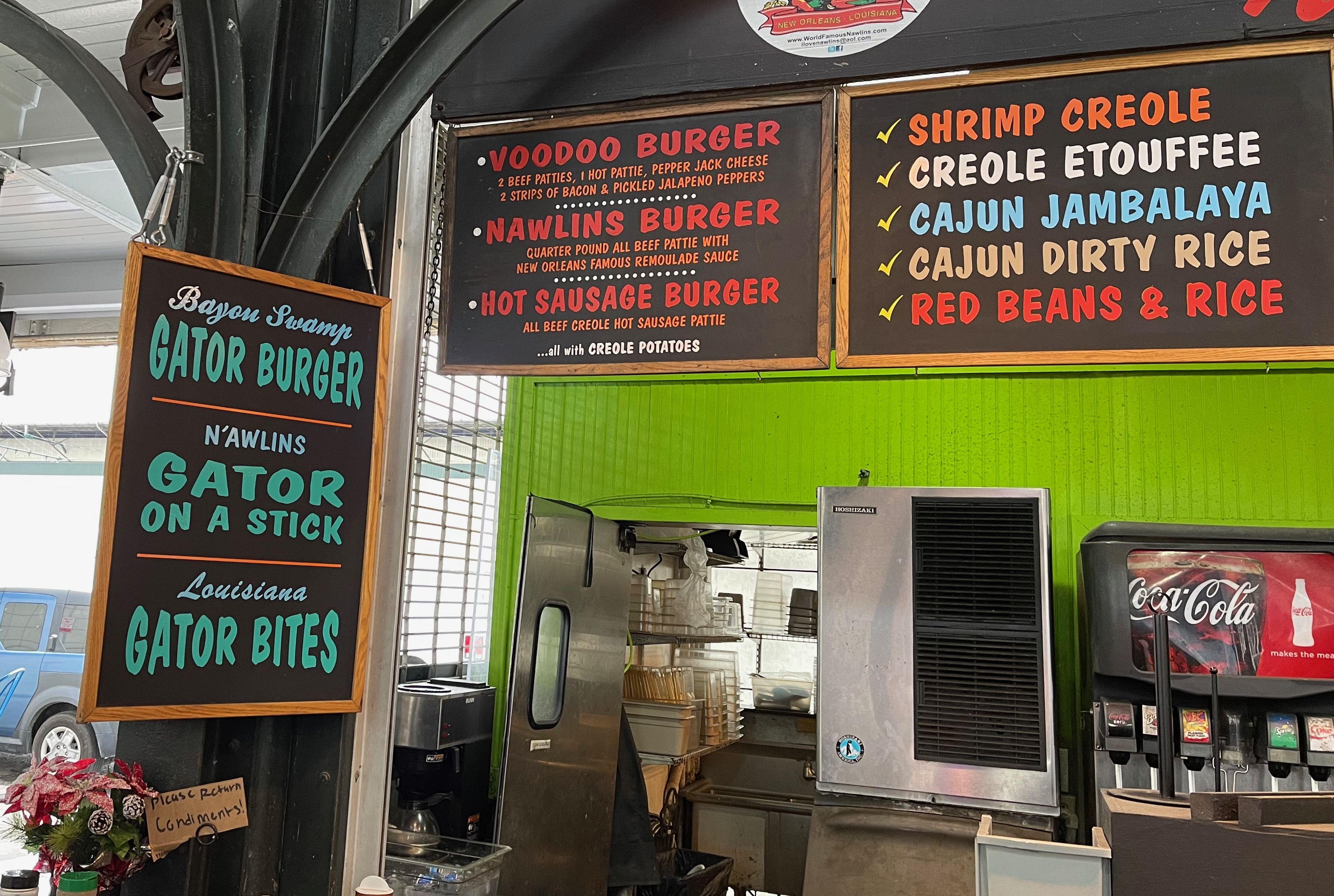 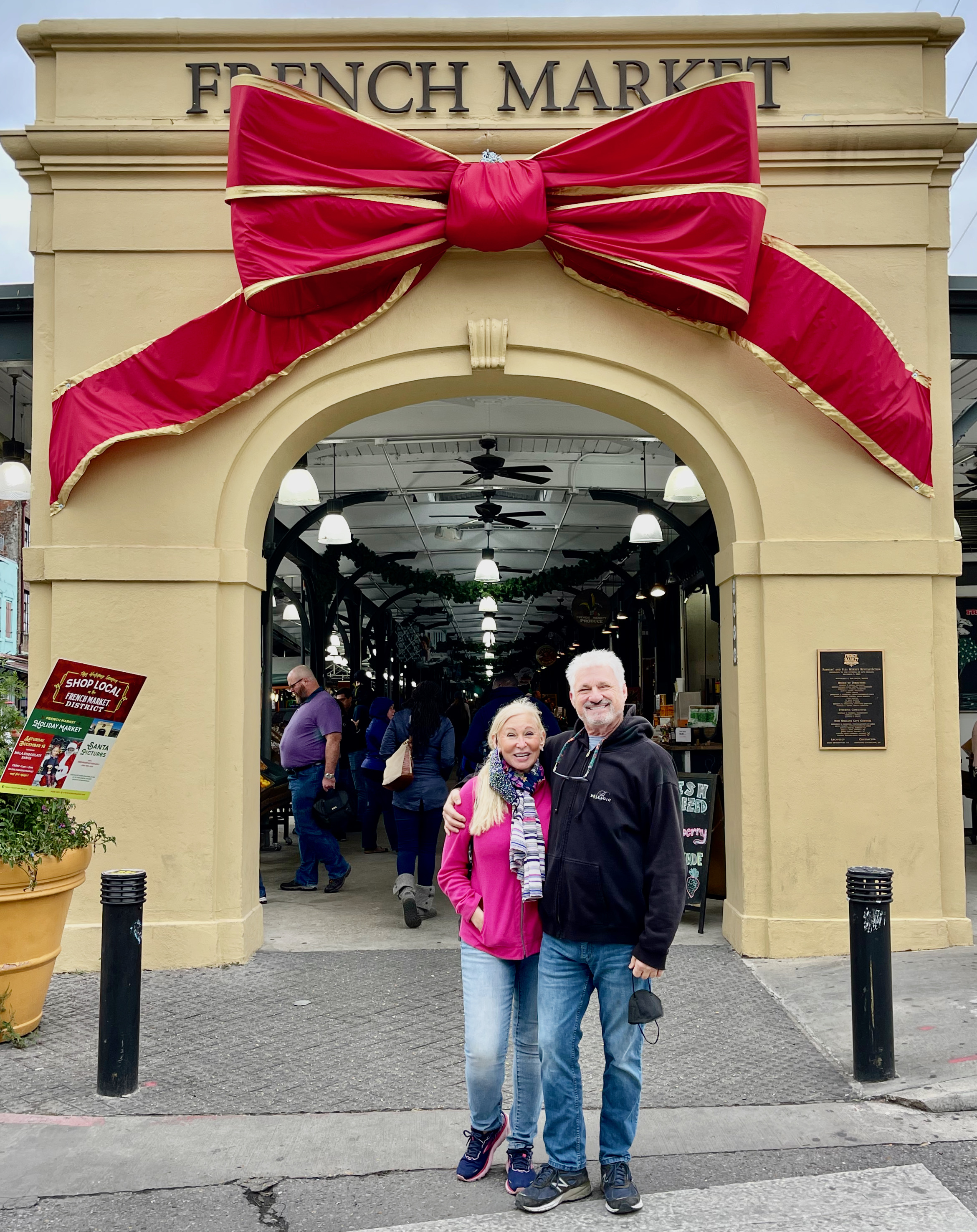 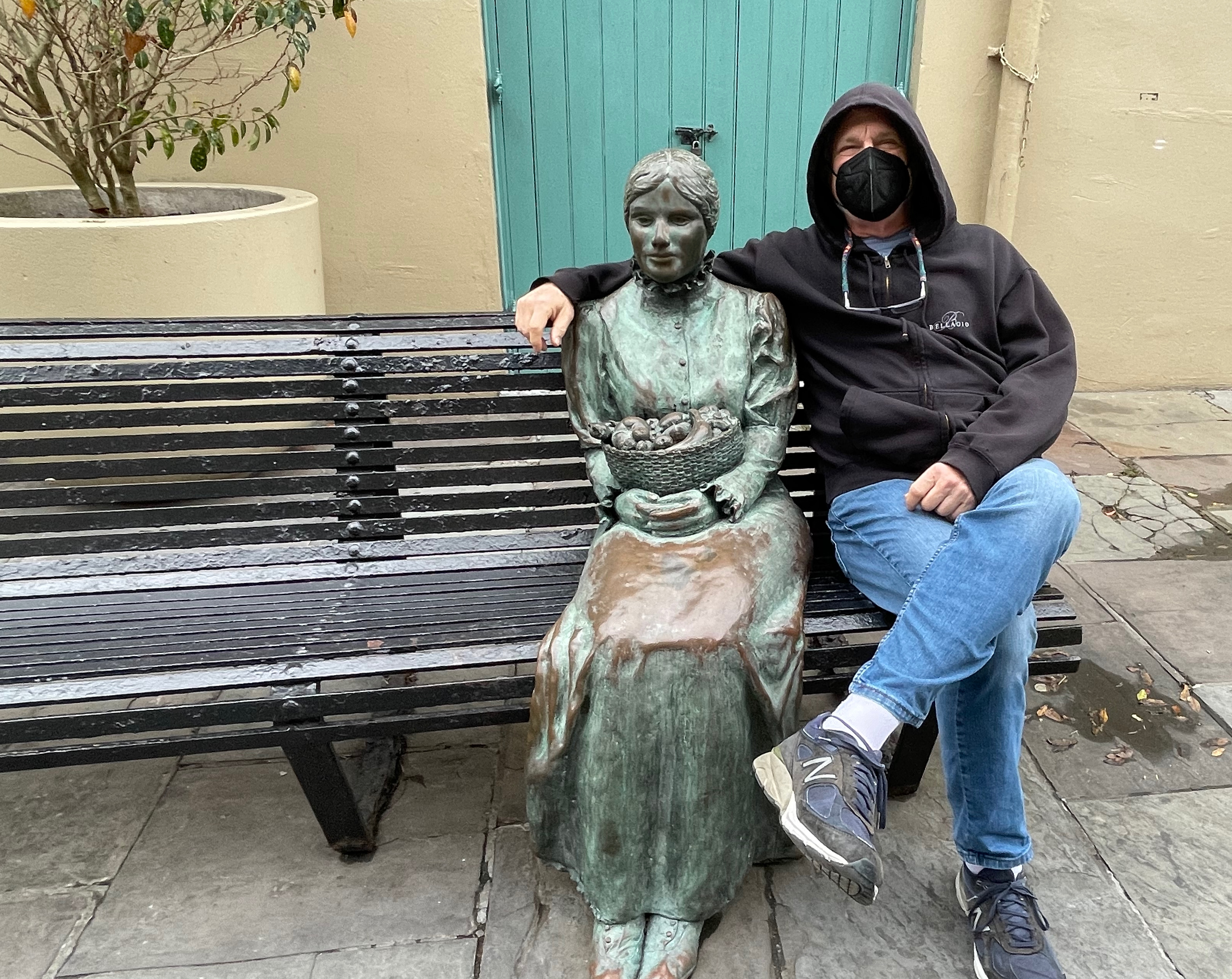 Nearby is the French Market.  They serve many items that are quite foreign to us. 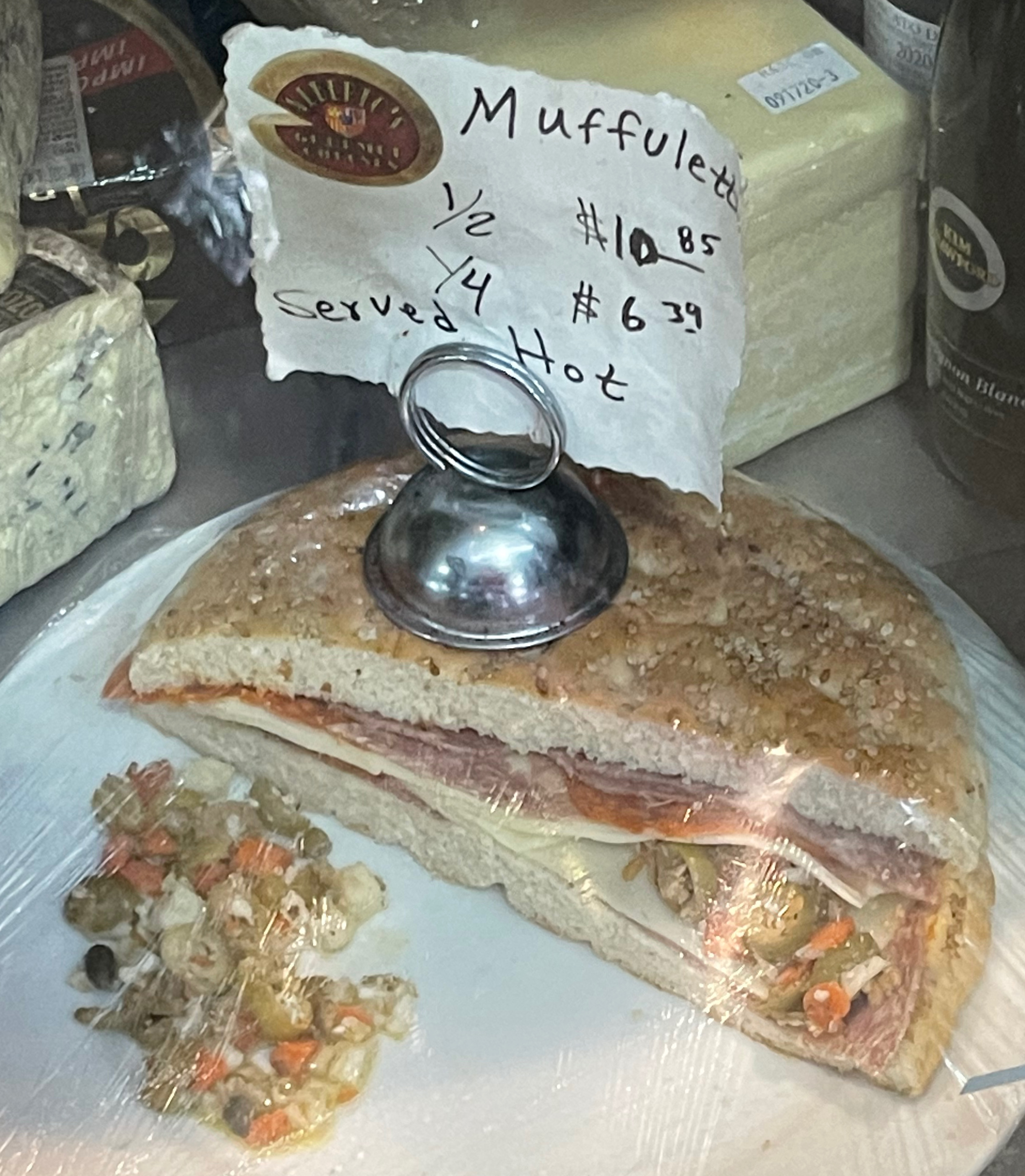 The muffaletta sandwich is a big deal here.  It is a famous Italian type sandwich invented in New Orleans with cured meats (ham and salami), provolone cheese, and olive salad. 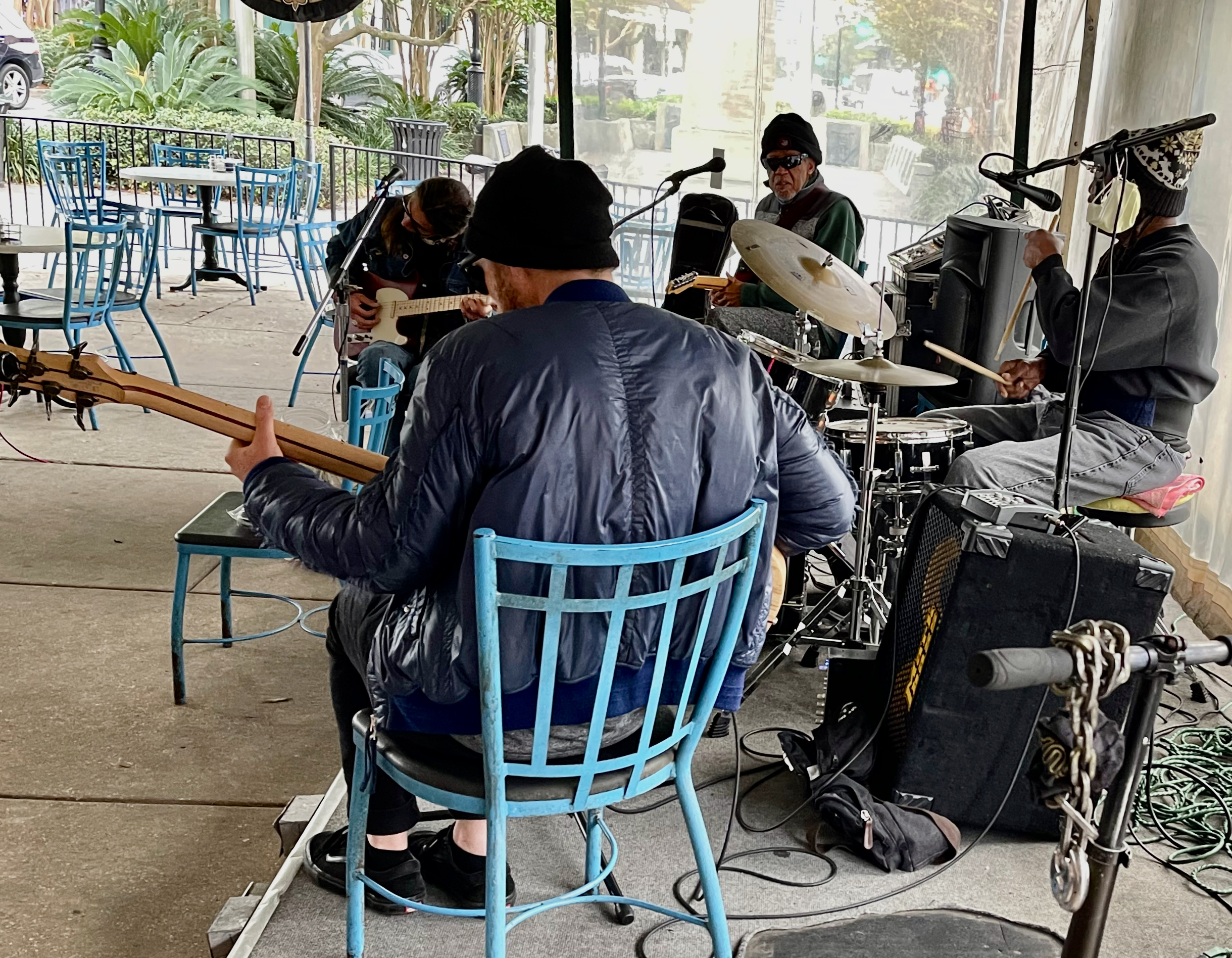 Music is everywhere here – indoors and out. 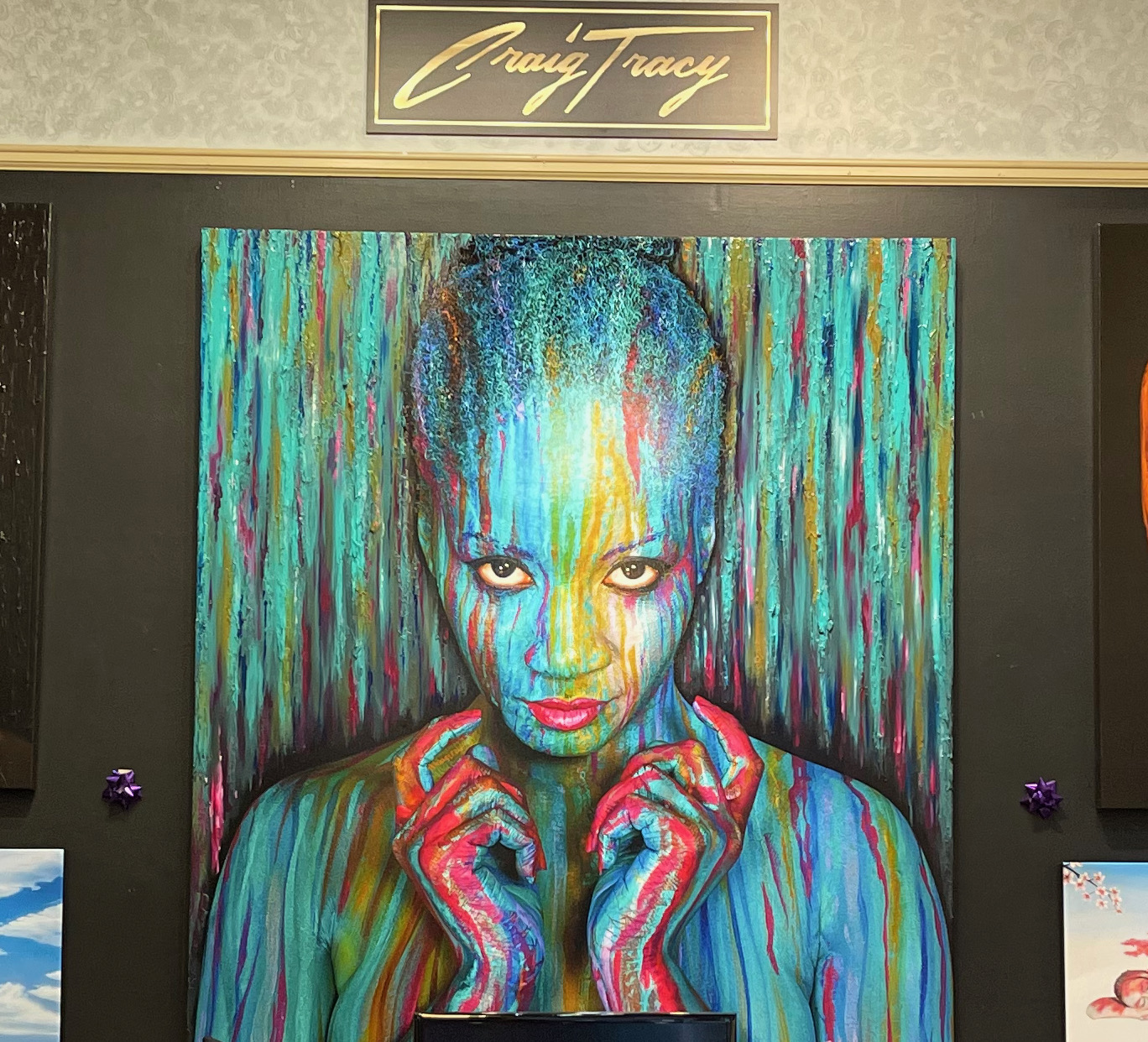 Mardi Gras and Carnival is so big here that many stores are in business just to sell supplies. Besides mask stores there are ones that sell wigs, glitter, costumes beads, and other items. Regular folks have entire rooms devoted just to storing their special gear. 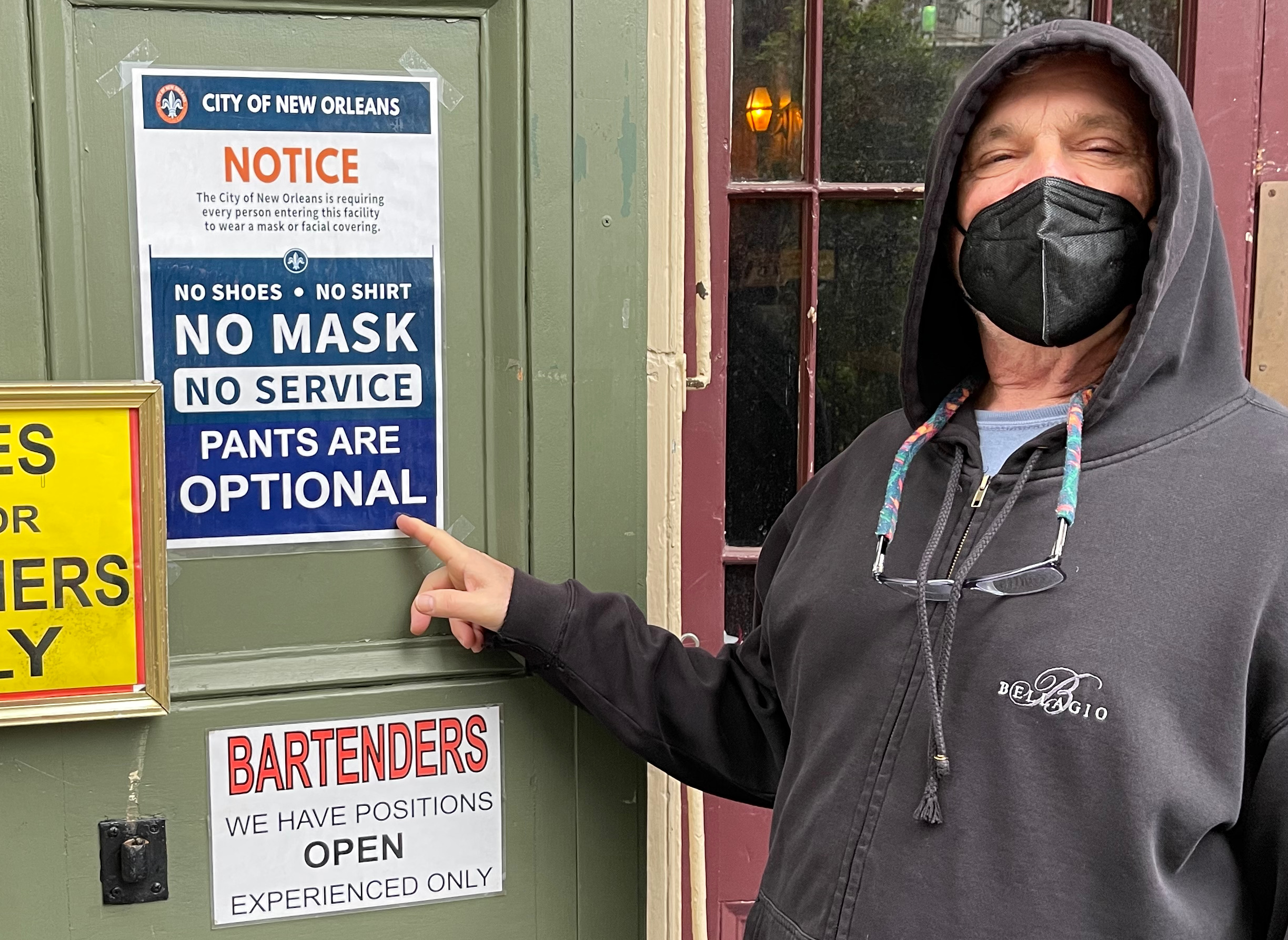 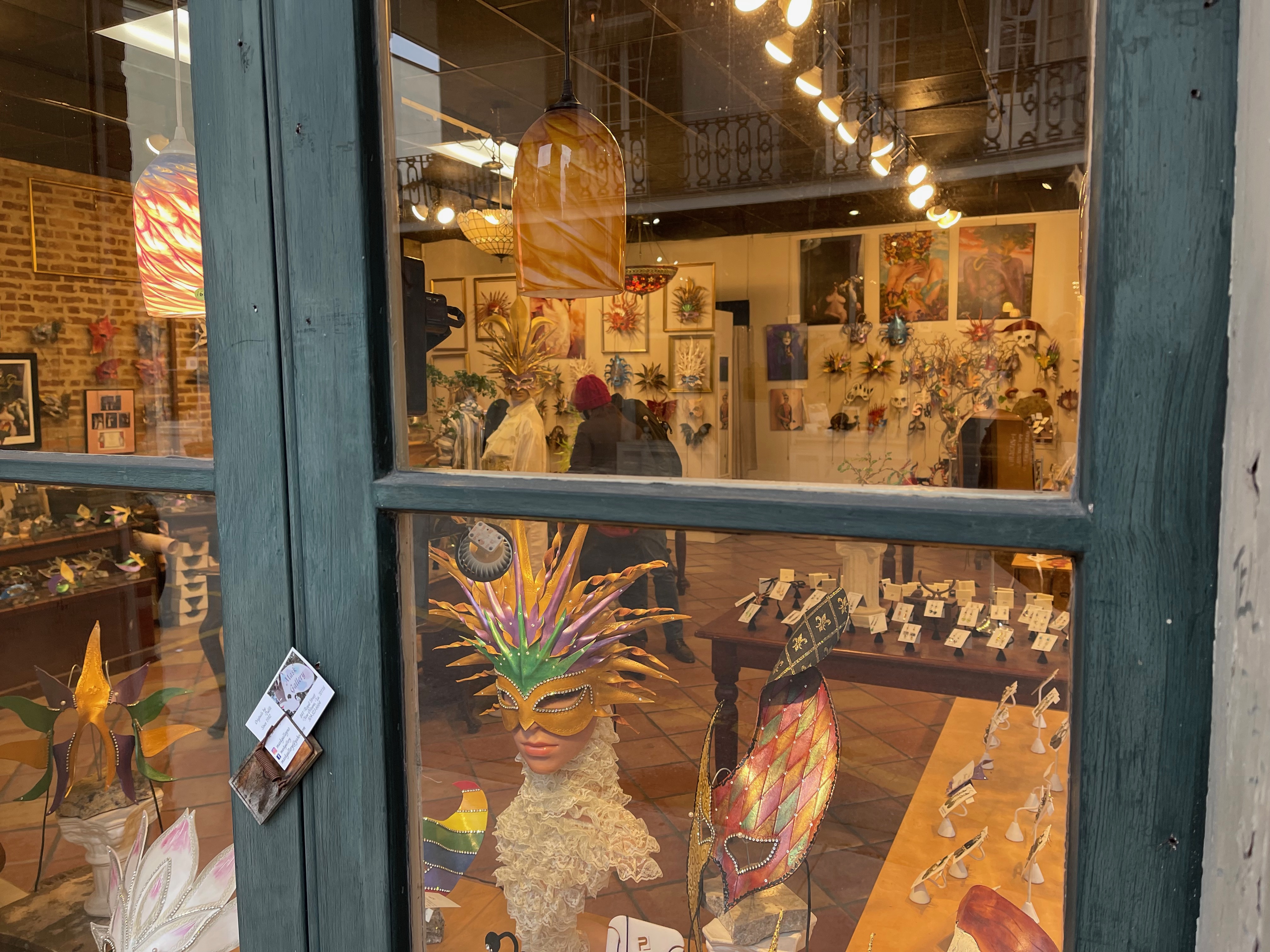 Just walking around is a kick here. We also saw lots of interesting art.

The animals pulling their carriages are mules, a cross between a a male donkey and a female horse. It turns out they are more fit for the job than either donkeys or horses. They are treated better than the drivers. Benefits include 3 – 6 months’ vacation, a 5-day workweek and only 2 – 5 hours of tours daily. Never do they work a night shift after a day shift. Oh, also they get free medical and dental, housing, food and whatever else they need. 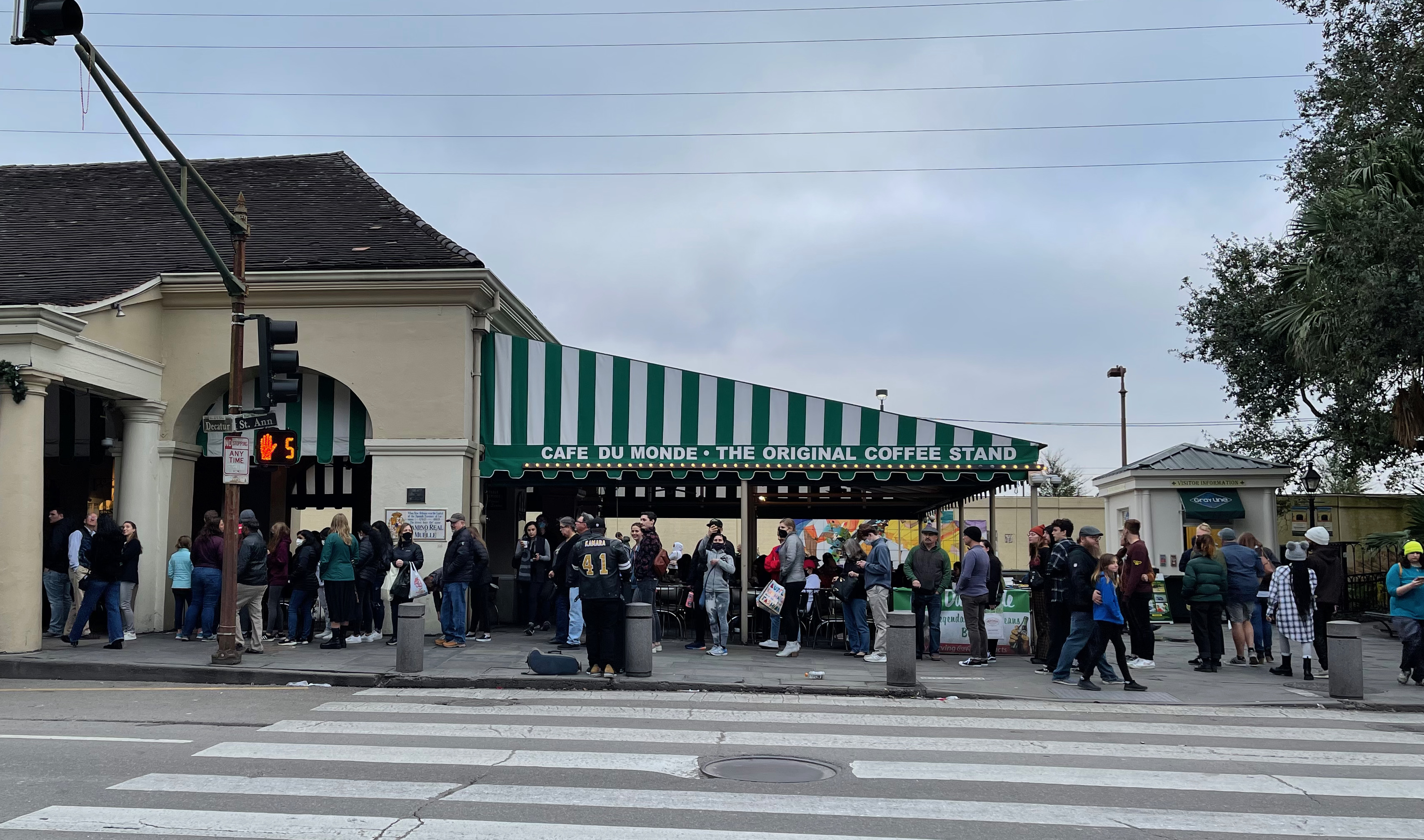 New Orleans is famous for their beignets, a donut like item served hot and covered in powdered sugar. And Café du Monde is accepted as serving the best beignets (at 3 for less than $3) in town; ergo the line 24/7. 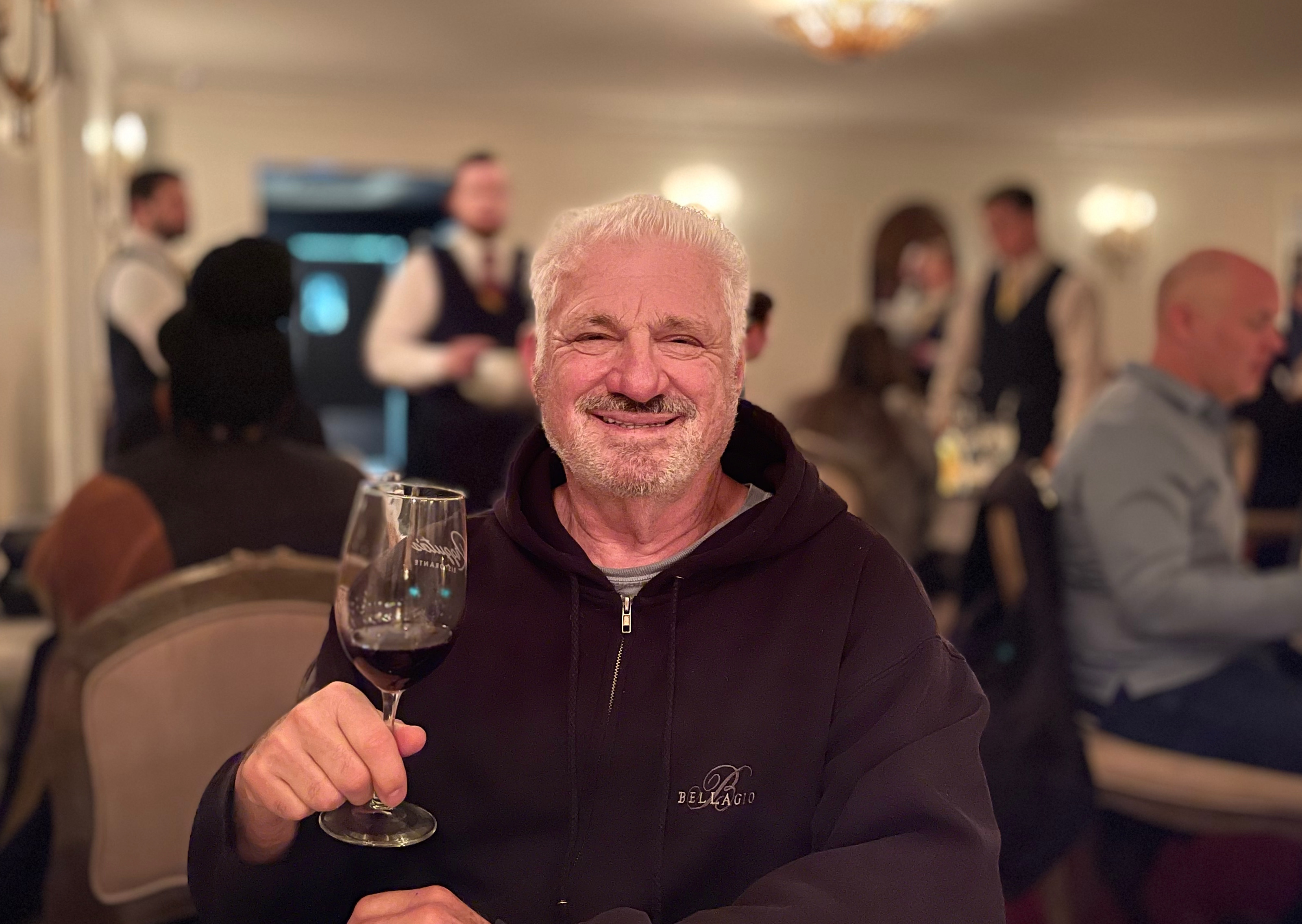 Speaking of food,I’ve gotta give a shoutout to Rizzuto’s Ristorante and Chop House. Not one of the French Quarter renown restaurants, it is a high end locals neighborhood establishment. Both the crab cakes and bread pudding were the best we have ever had. Fabulous! 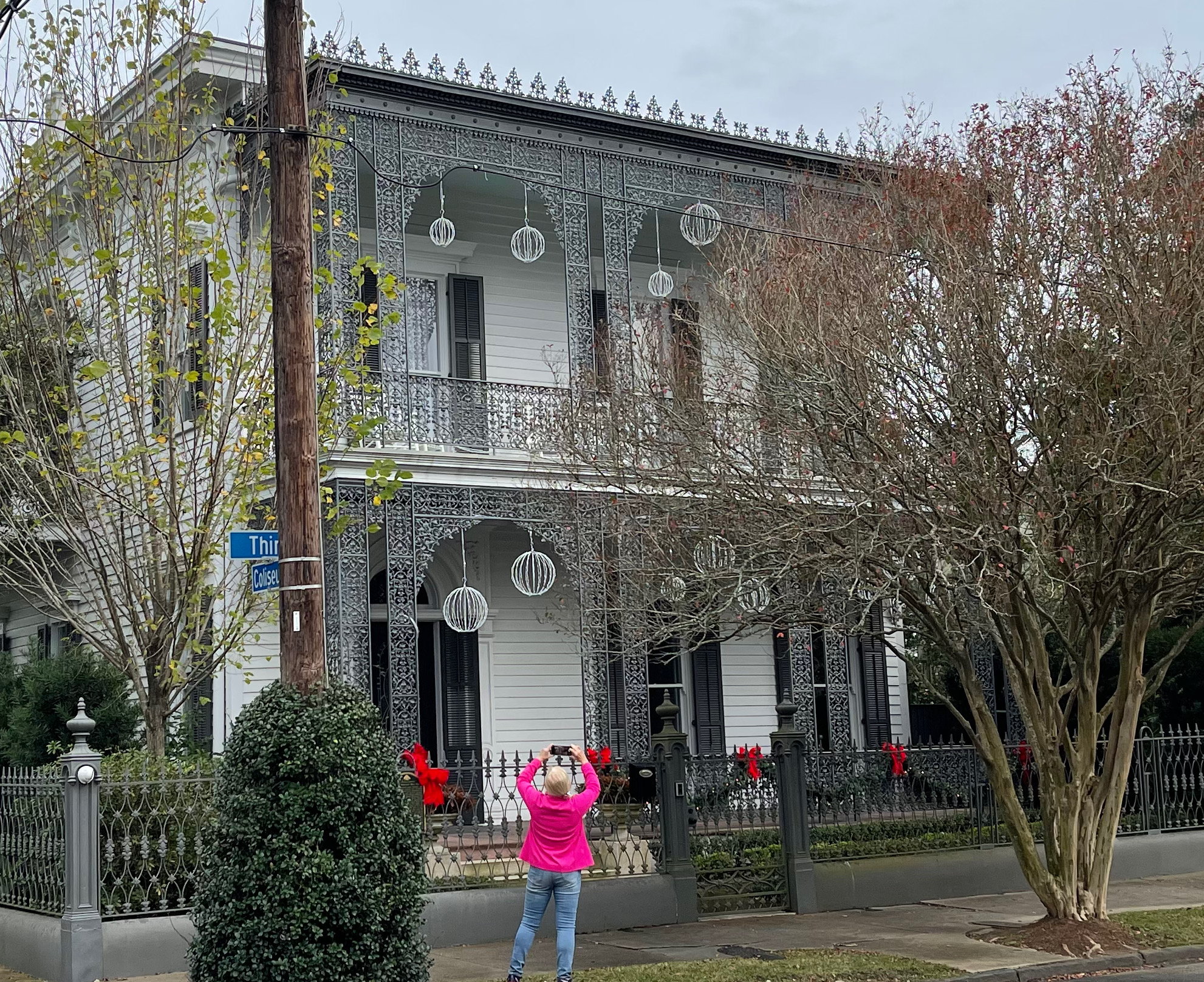 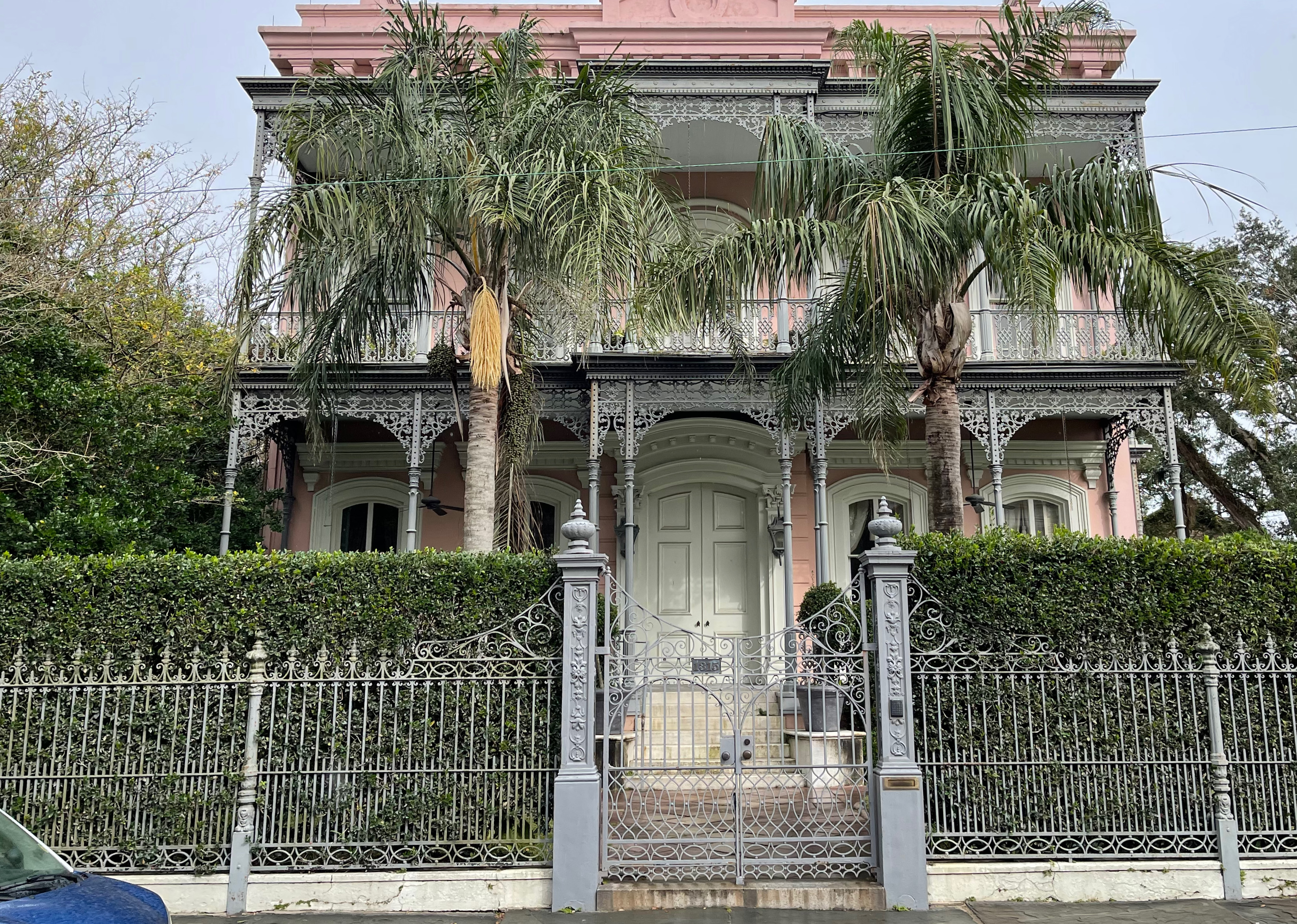 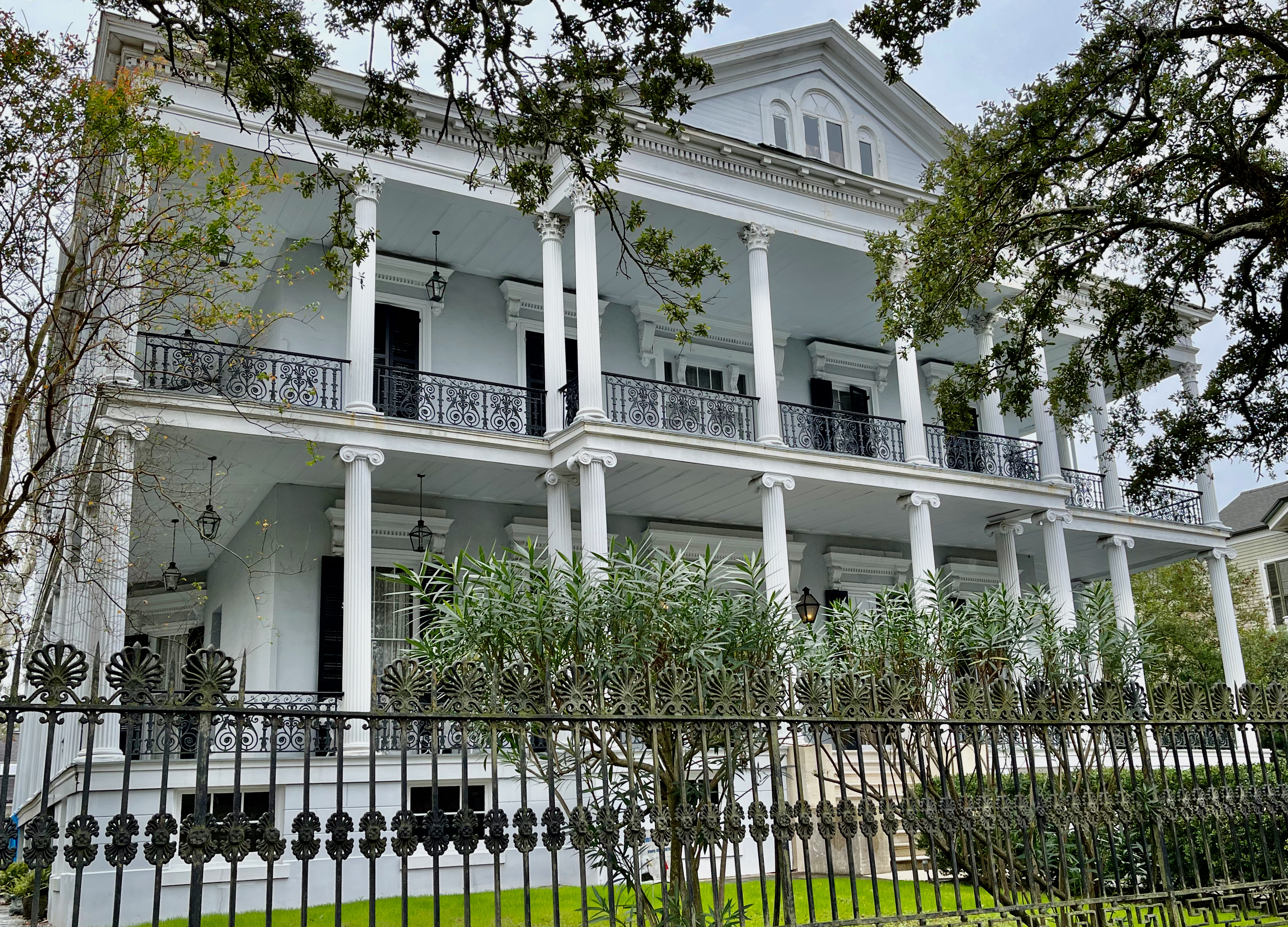 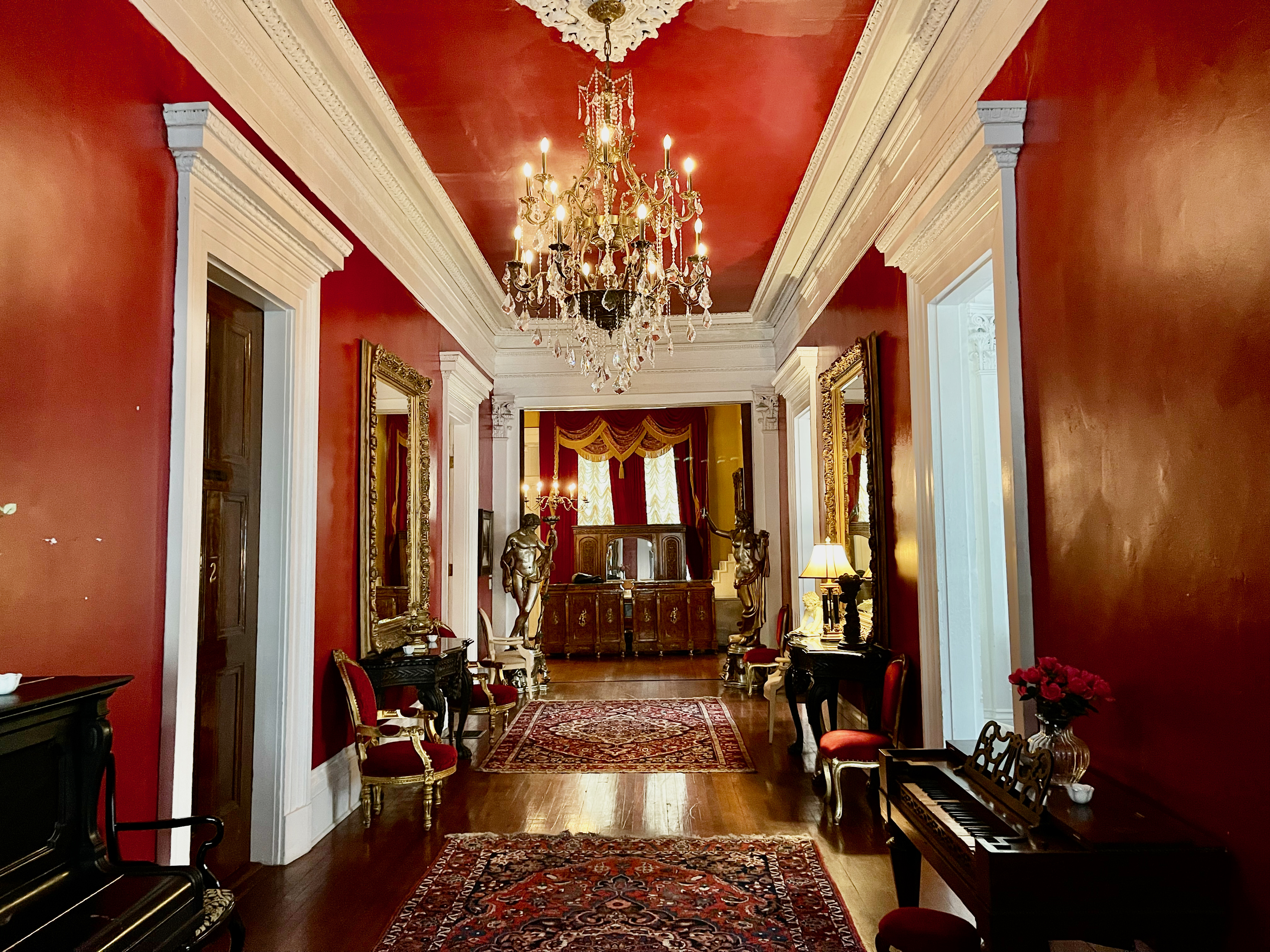 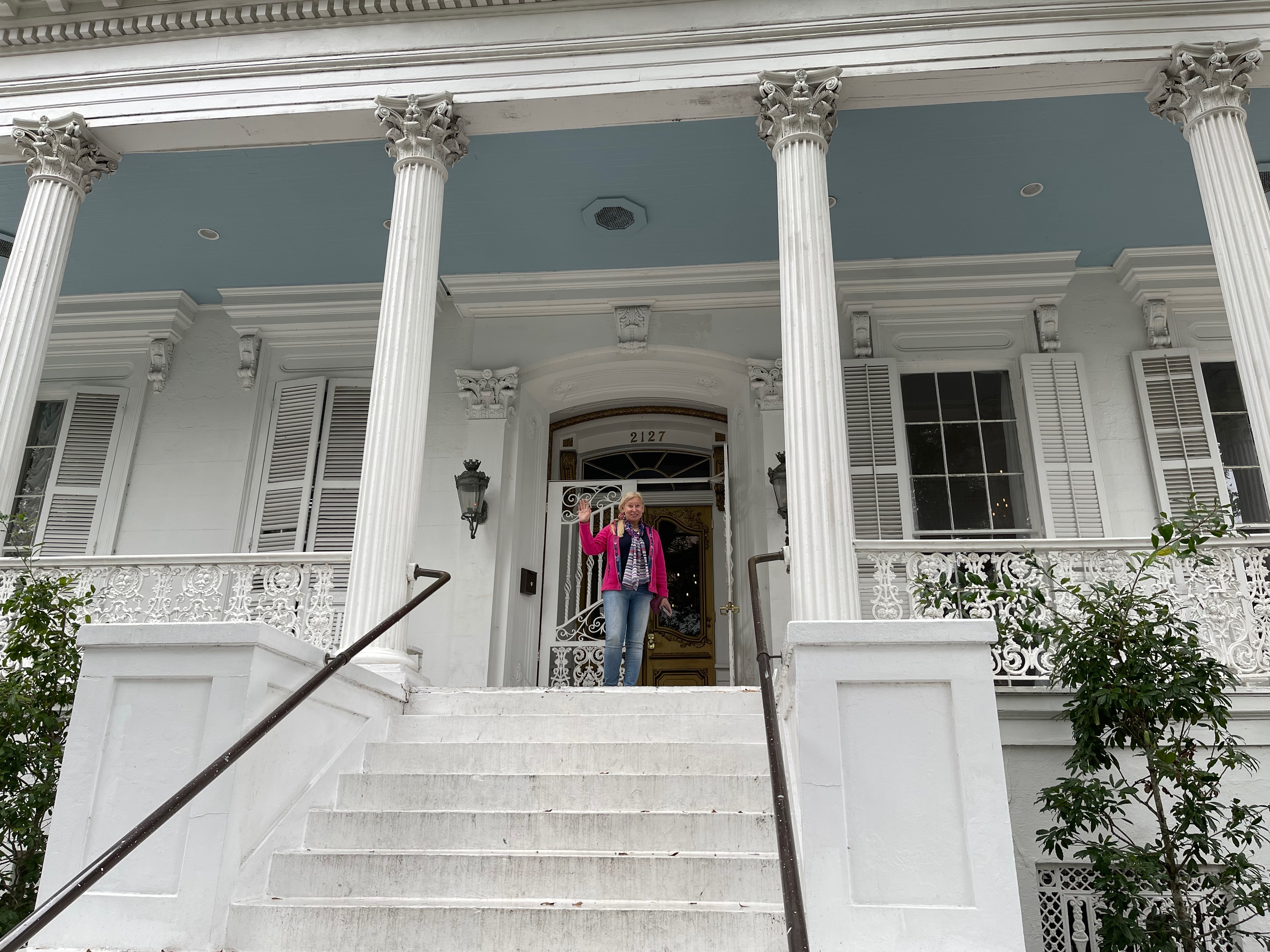 The Garden District was founded by Americans who arrived in the early 19th century who consciously distanced themselves from Francophone New Orleans. It is one of the best-preserved collections of mansions in the South. 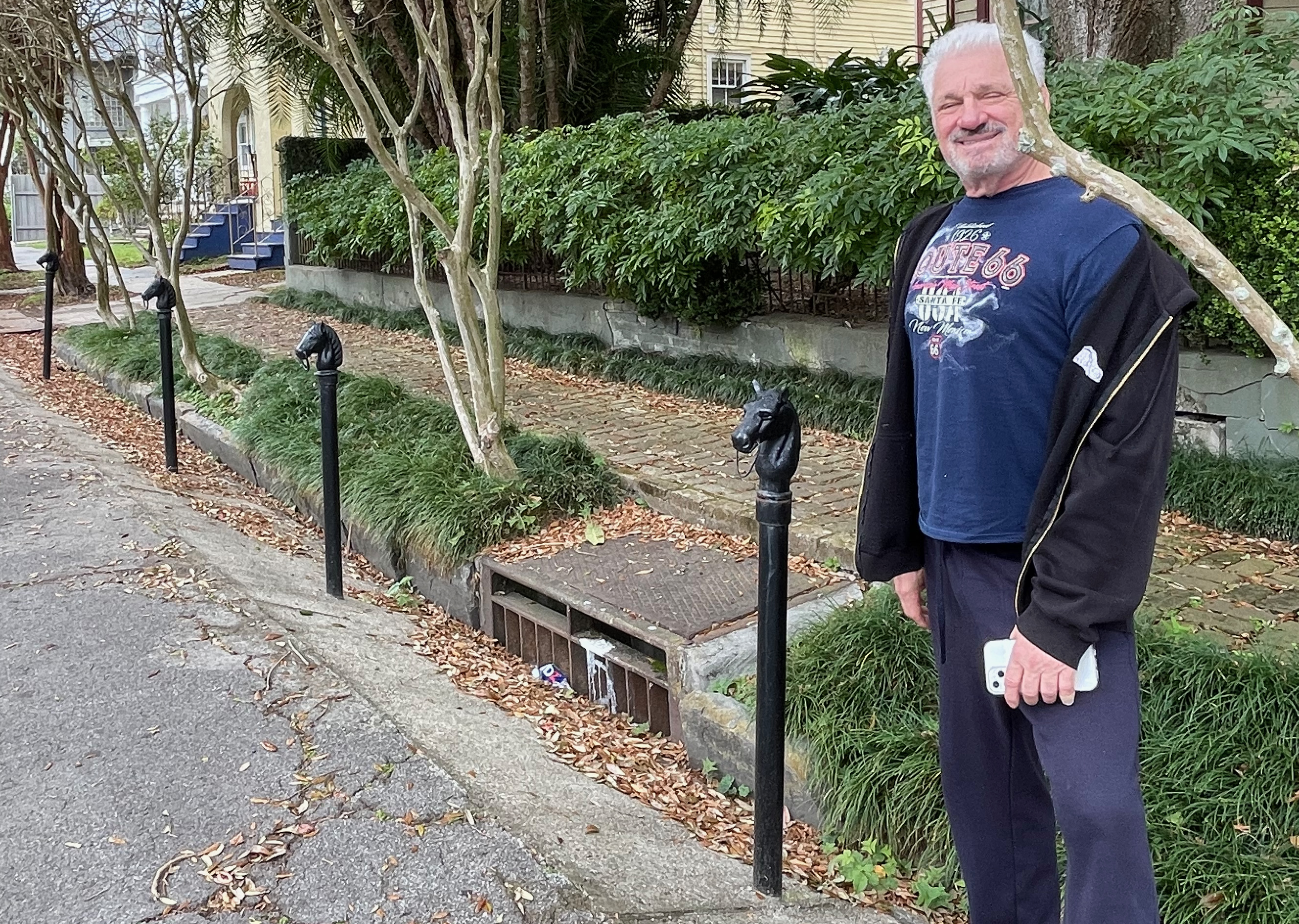 We spotted a house that still had the old carriage hitching posts. 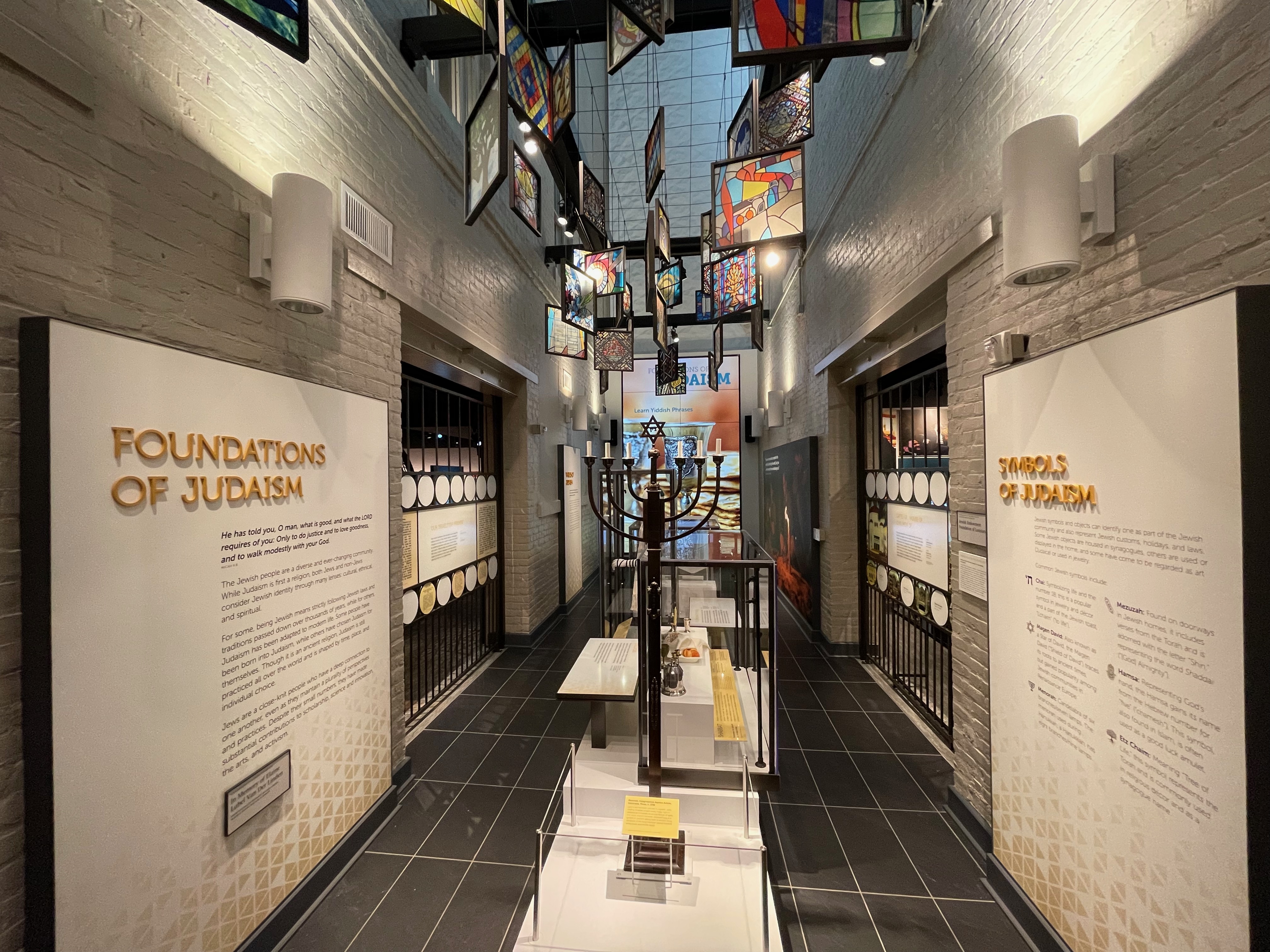 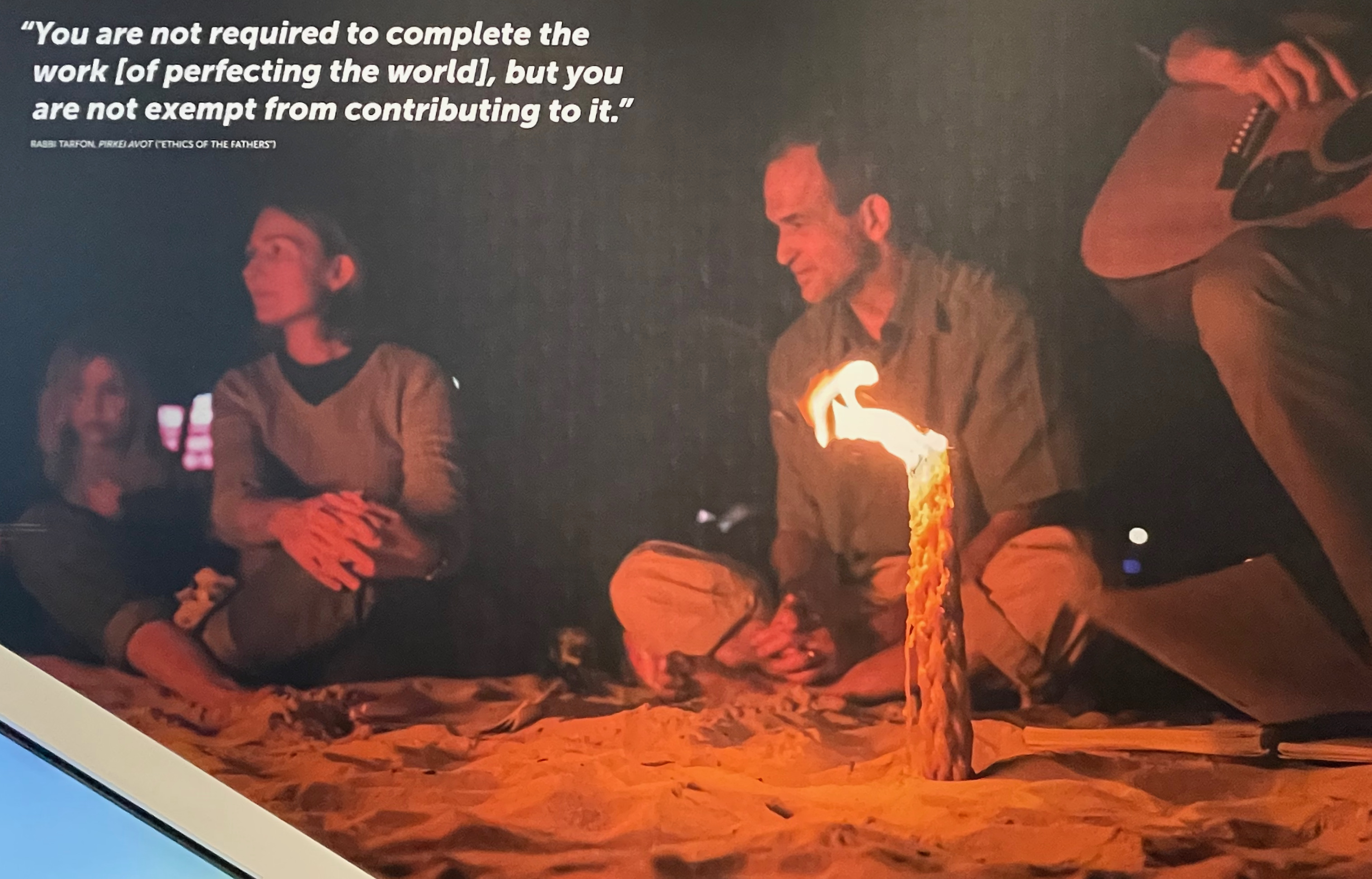 The Museum of the Southern Jewish Experience tells the story of Jewish immigrants from Europe who landed in the South. Generally they blended into society as other immigrant groups did. They worked hard to succeed, and kept their identity while picking up Southern traditions.

The big shocker to me was that the Jewish population (as a percentage) had as many slave owners as the gentile population. That was both a surprise and disappointment. 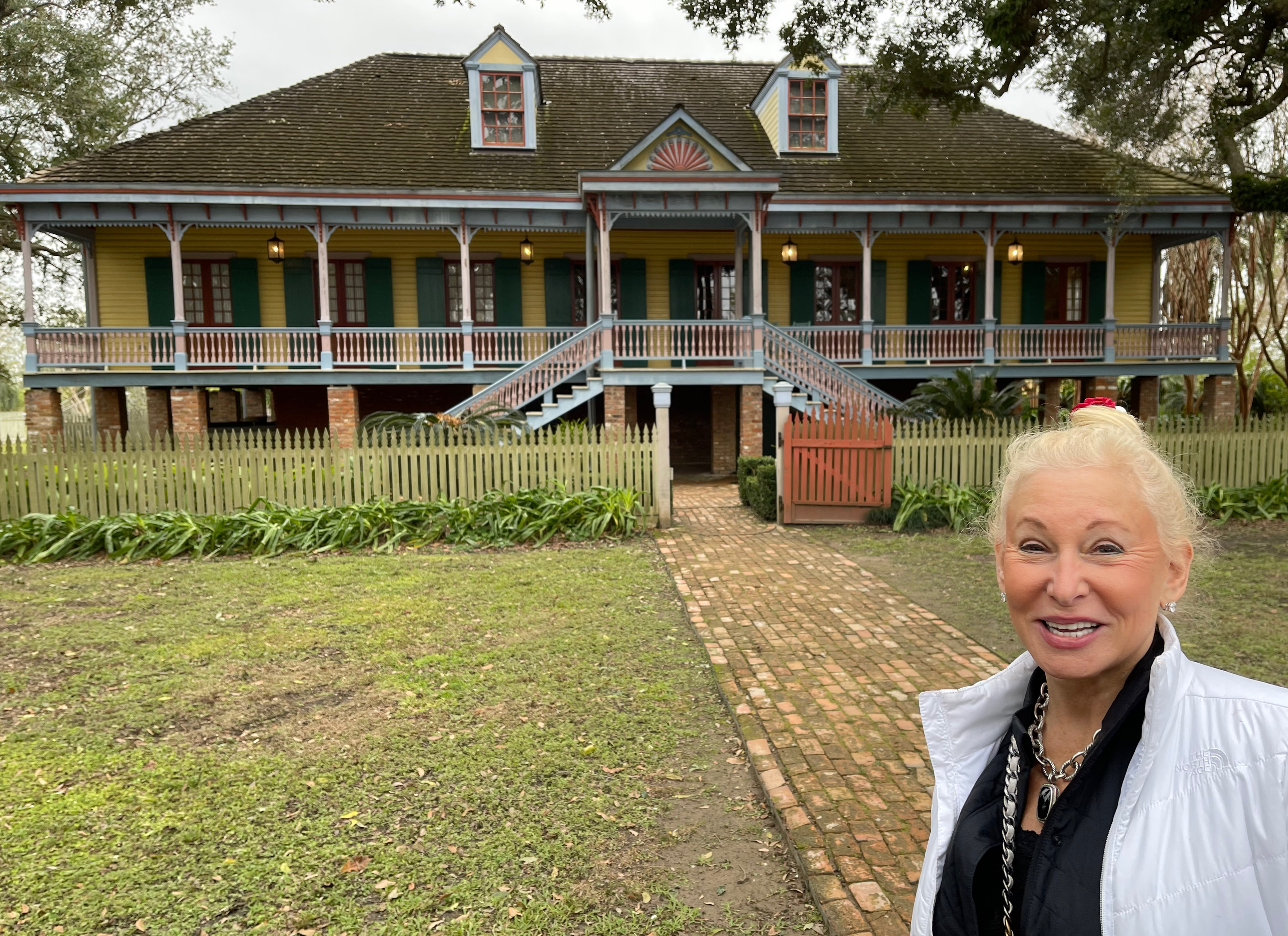 We visited Laura Plantation. As much as we have heard about slavery, being there was a real eye opener. Lifespan was less than 30 years. Enslaved people made up 60% of Louisiana population outside of New Orleans. While they suffered, New Orleans became the United States’ wealthiest and third-largest city.

The entire Mississippi down here was wall to wall sugar cane plantations. Note, it is difficult to see, but each name along the river there was a different plantation. 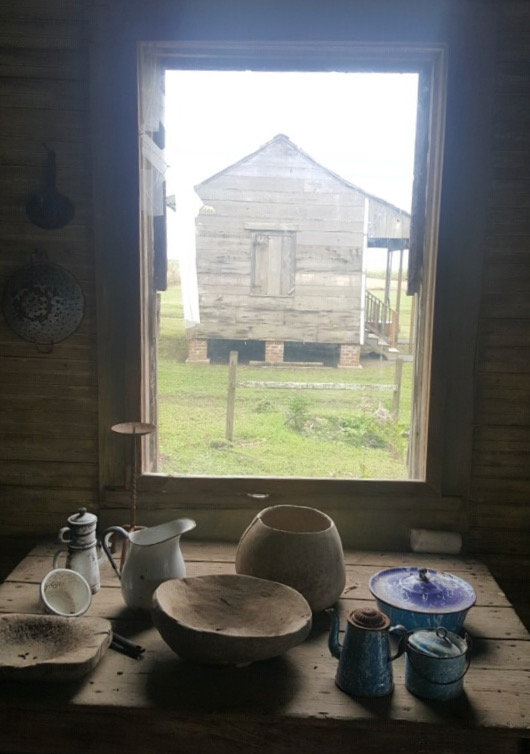 Even with emancipation, ex-slaves didn’t have much mobility at all. They were paid pennies in tokens that could only be used for purchases at the plantation. Their rent and food cost more than their income generated.