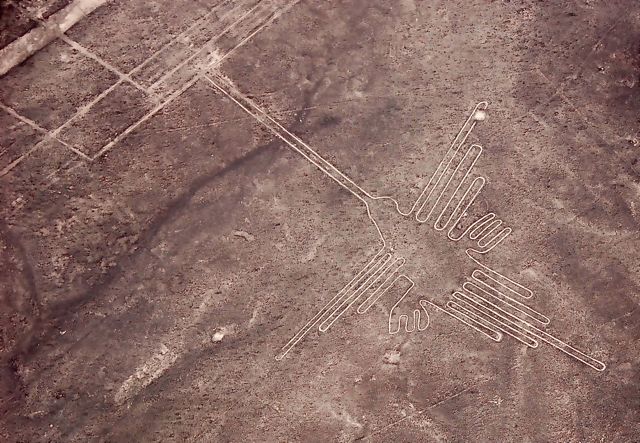 Today 10 of us did a fly-over of the one of the marvels of ancient civilization – Peru’s famous Nazca Lines.

Between 300 and 800 AD, in an area about 175 square miles, the Nazca civilization created enormous drawings in the dessert, most of which can only be seen from an airplane. 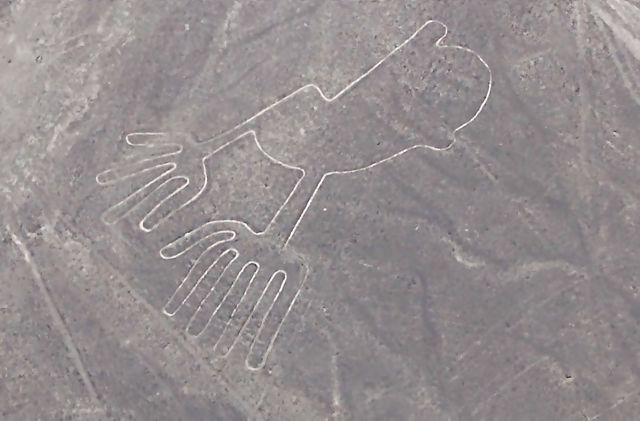 How they were made is easier to understand than why.

They had the construction technology. They just needed the people for the enormous undertaking.

This desert is one of the driest in the world. The surface is reddish-brown iron oxide-coated pebbles. They were just removed (several inches), to show the light earth below.

For centuries man has known how to take small diagrams and make very large copies. 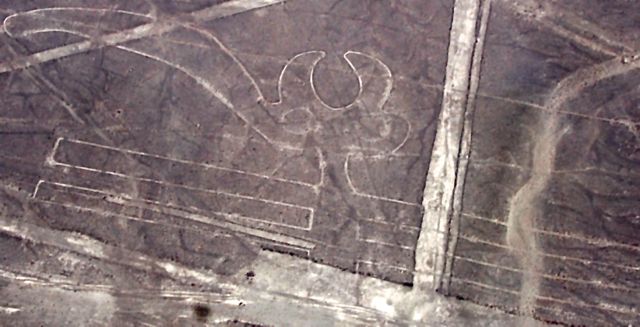 The arid climate has preserved them with the wind actually doing a good job of sweeping up.

The question is why they were built. It seems for sure to correlate with their religion, as the same pictures are on items found in their burial sites.