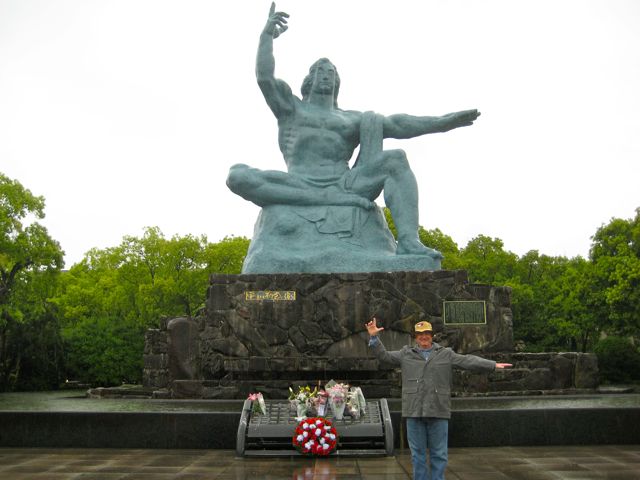 We arrived here in the afternoon.

Immigration was the most intrusive I have ever been through. They made every passenger get their passport for an in-person clearance. That is quite unusual when coming via ship.

That was bad enough, but then they took every person’s fingerprints, as well as a picture, and had us fill out a special landing form. Nobody was allowed off until everybody cleared.

They also had us walking past a thermo-imaging gismo, to see if we had a fever becase of the flu (which didn’t bother me at all really). 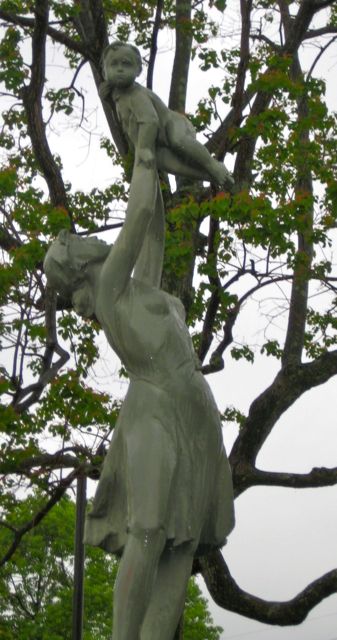 So Nagasaki is all about visiting the Peace Park, and learning about the destruction from the bomb which ended  WW II. Although it is sad, I had different emotions than in Vietnam. We probably did not belong there. 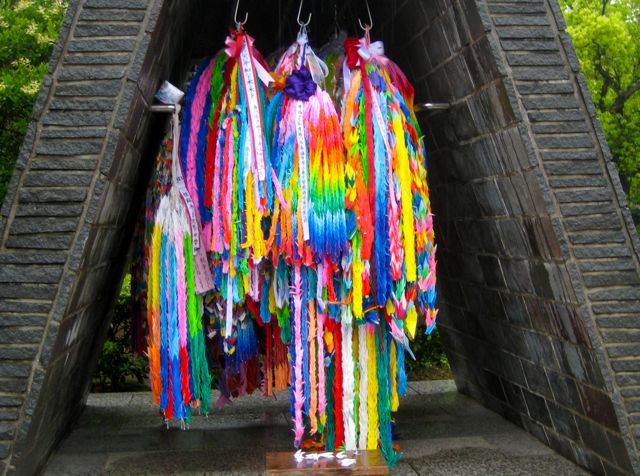 But this is a different story. They started it and we had no choice but to end it. Truman’s tough decision saved lives. 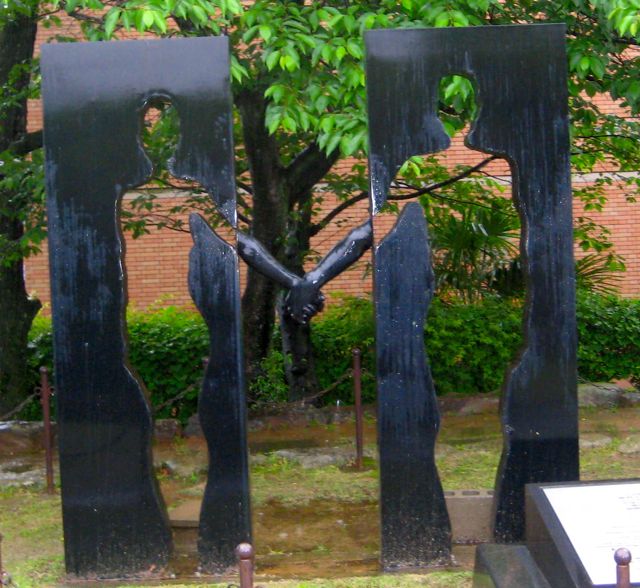 Unfortunately that is not any consolation to many people from this region.

On the other hand, they did a wonderful job of building a park, with many proper scultures from all over the world signing the praises of peace.