As we head south from Cannon Beach our first stop today was Hug Beach. Although stunningly beautiful in its own right, it is an important historic place. 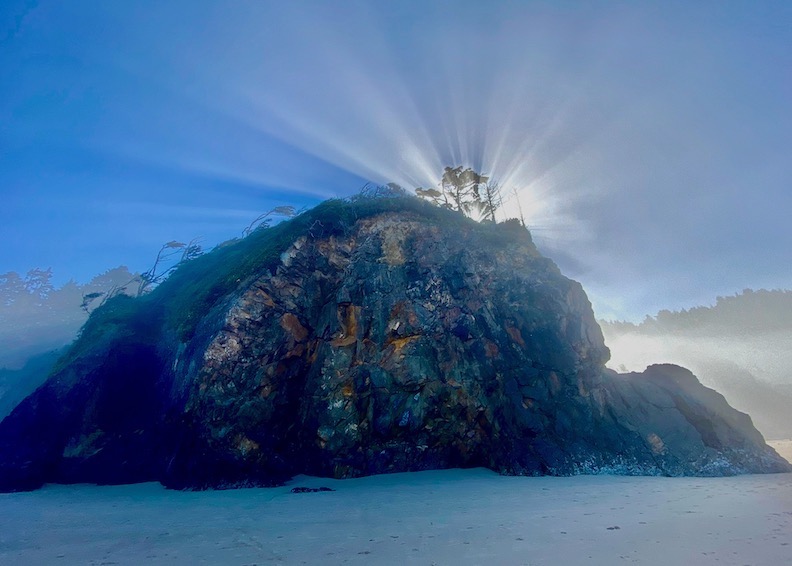 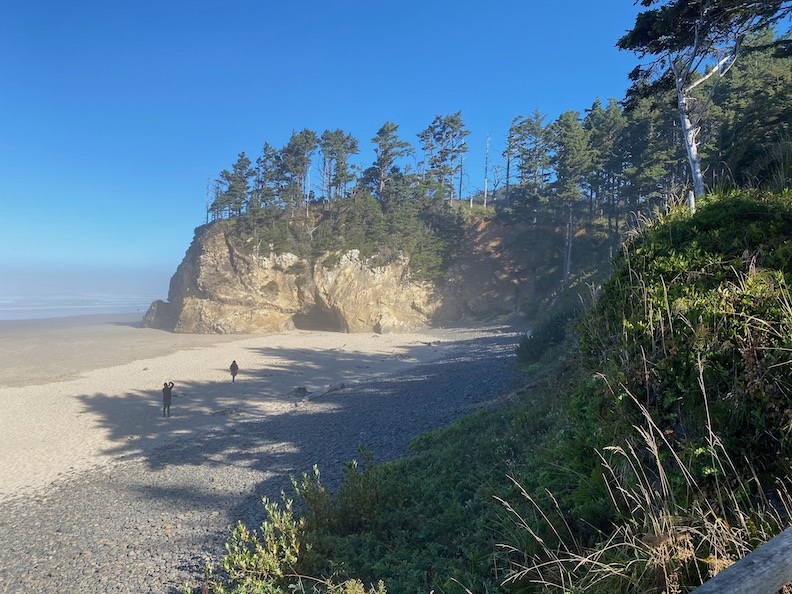 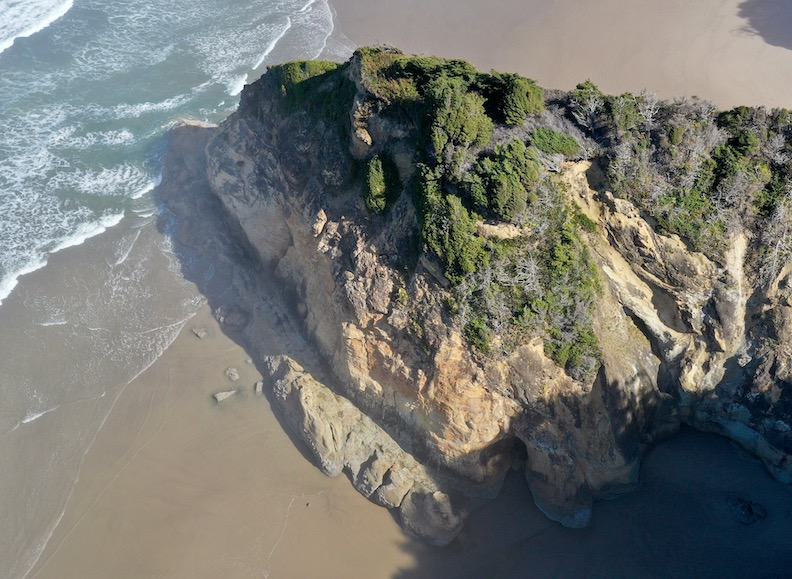 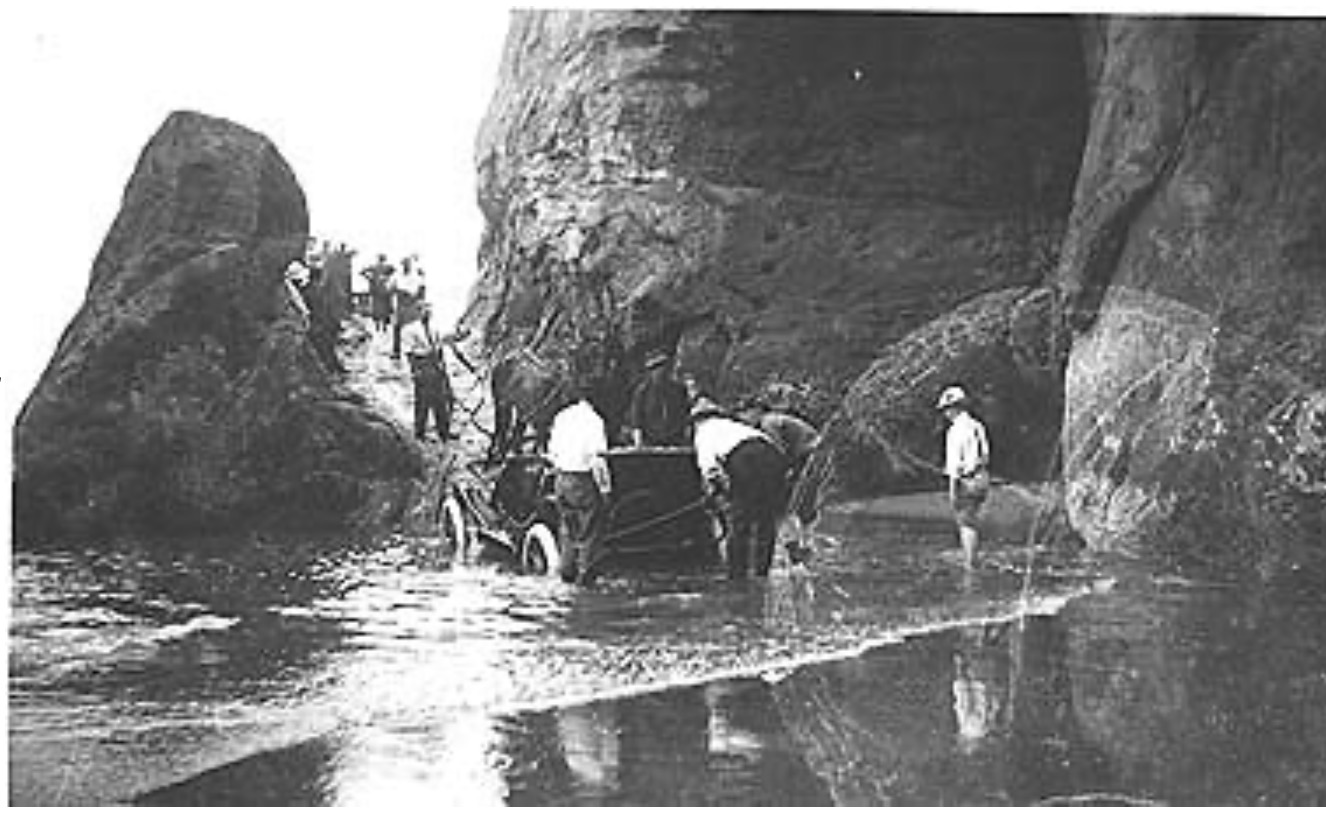 In the late 19th century before Highway 101 was built, there was no road up the Oregon coast. The only way to travel along this part was via the beach. The pioneers in their stagecoaches had to wait for low tide and then hug the rocks in order to get around the point. In the 1910s, a roadway was blasted out at Hug Point, which made the road accessible to automobiles as well as coaches, though it was only usable at low tide.
In was exciting to see the old stagecoach wheel ruts still carved into the rock. 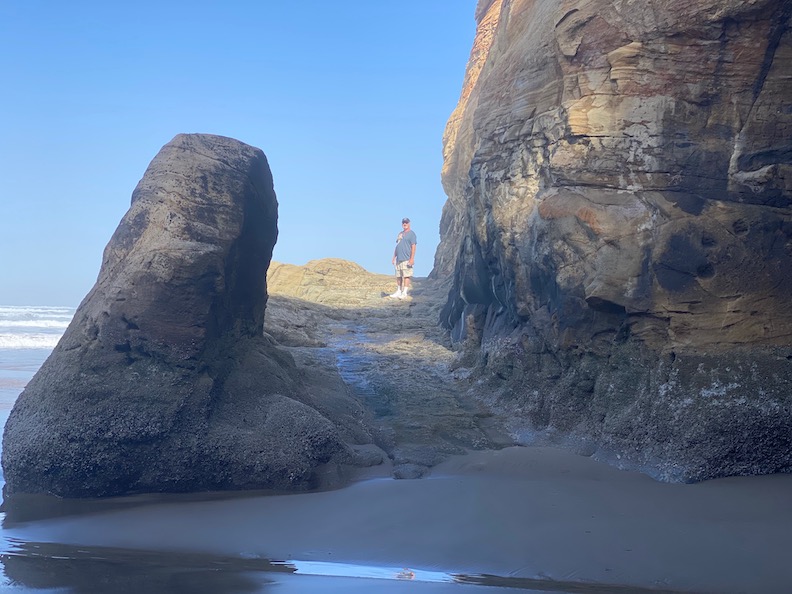 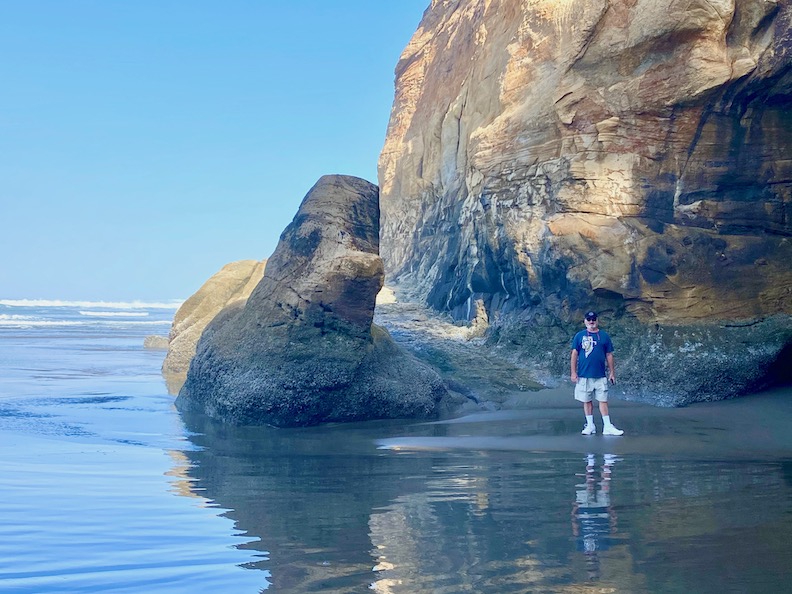 The tide comes in quickly. 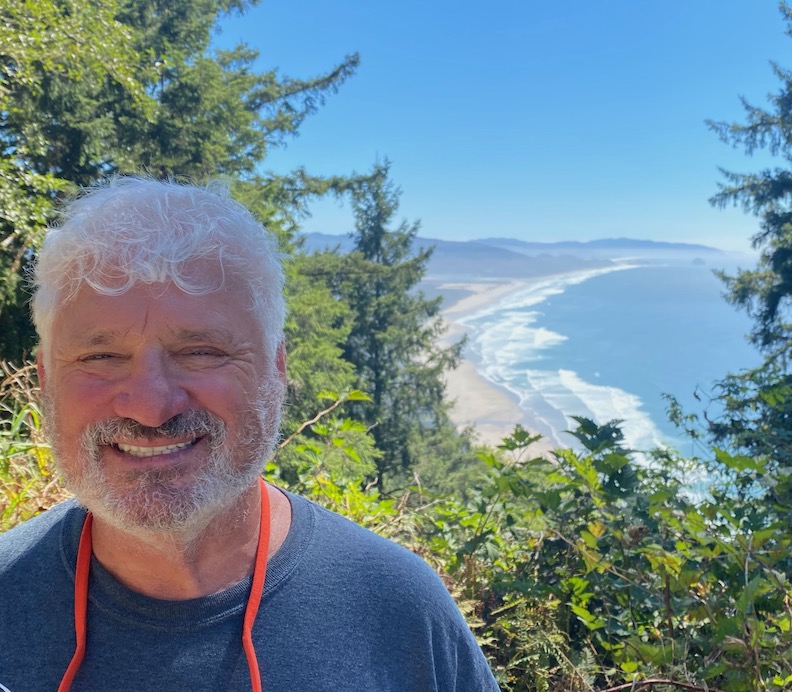 Cape Lookout is well named. We stopped at the side of the road for a quick snap of the beauty. 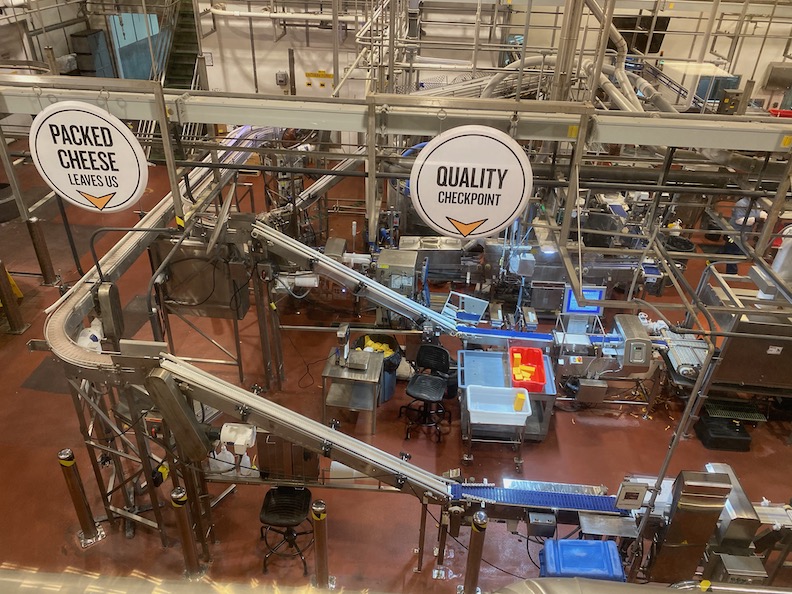 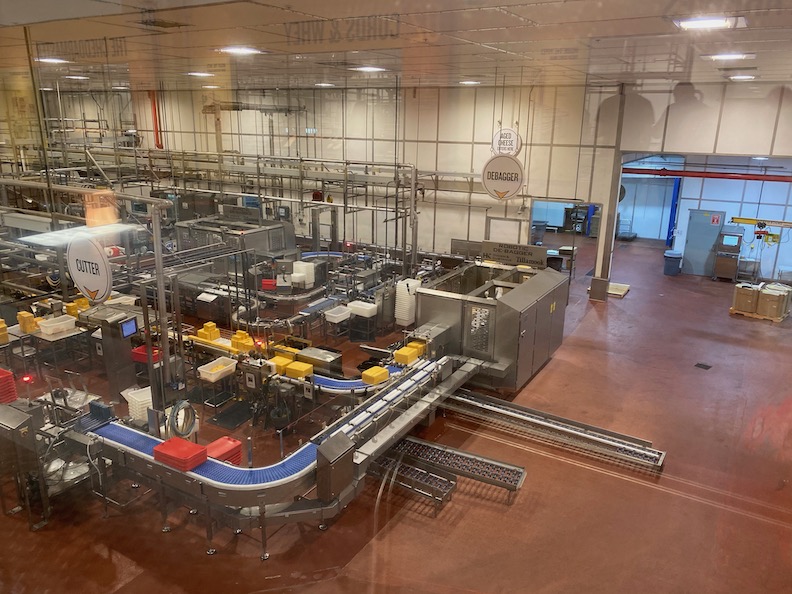 Tillamook Creamery is a mandatory stop along the way.It is giant, immaculate and good folks. It is owned by a farmers’ coop not shareholders. They dedicated $4MM for covid relief to the community and their workers. 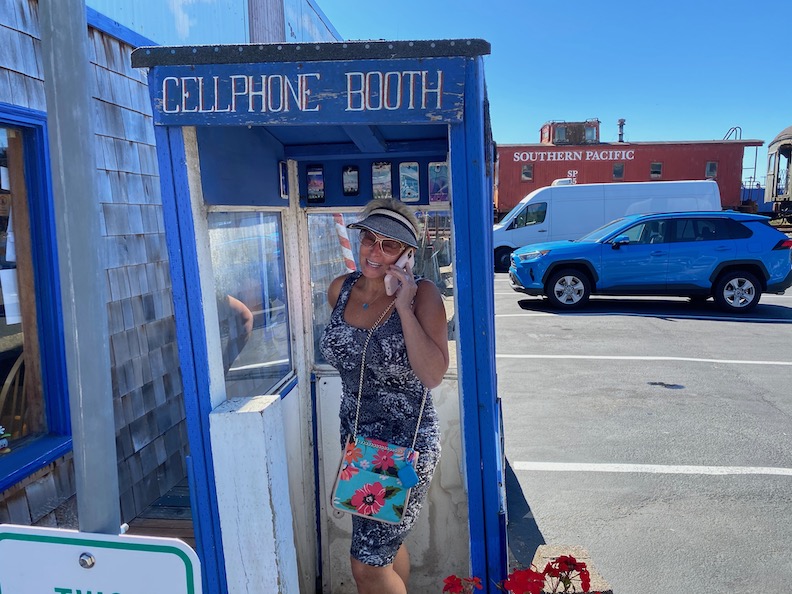 Since there is only so much beauty a guy can take, I took Allyn to Garibaldi for a few minutes. There we saw the veritable Cellphone phone booth. I think it is really where superman goes to change clothes. 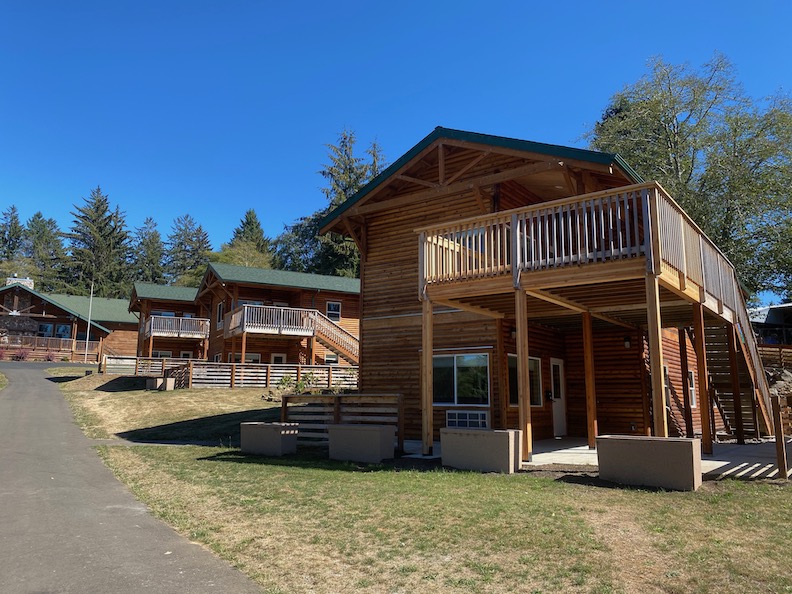 I spent eight summers in the 50s and 60s and have my best childhood memories of B’nai B’rith Summer Camp. The nostalgia rush was incredible. What they have done with the facility is also incredible. 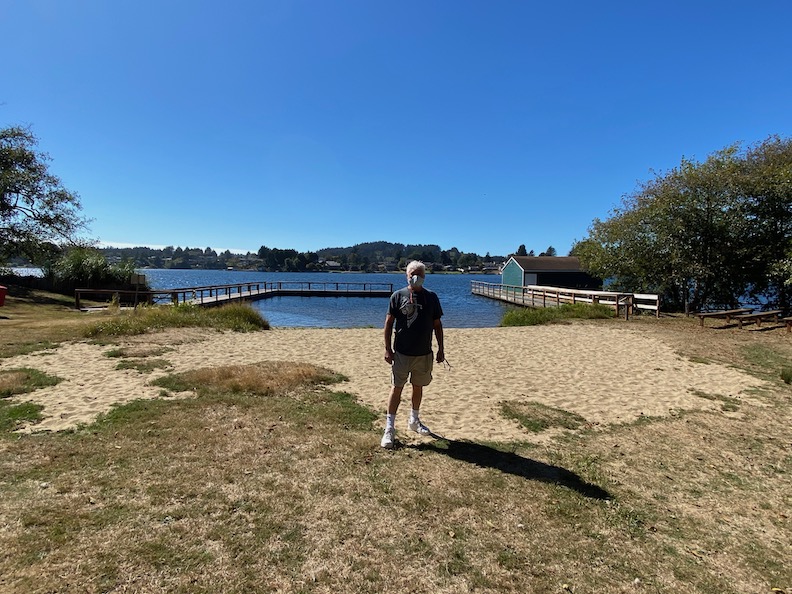 I recalled a nice sized beach. Where did it go, I wonder? 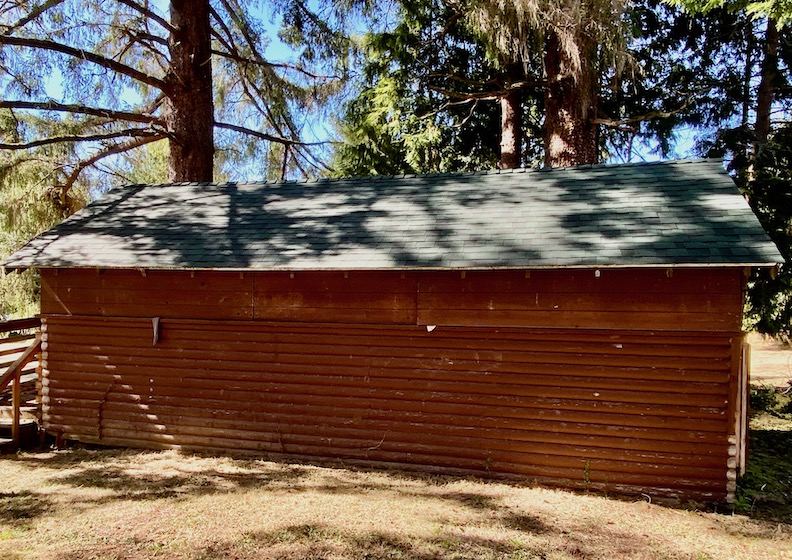 Our cabins (one is left) had no heat, air, windows, electricity, or bathrooms. Things have really changed. 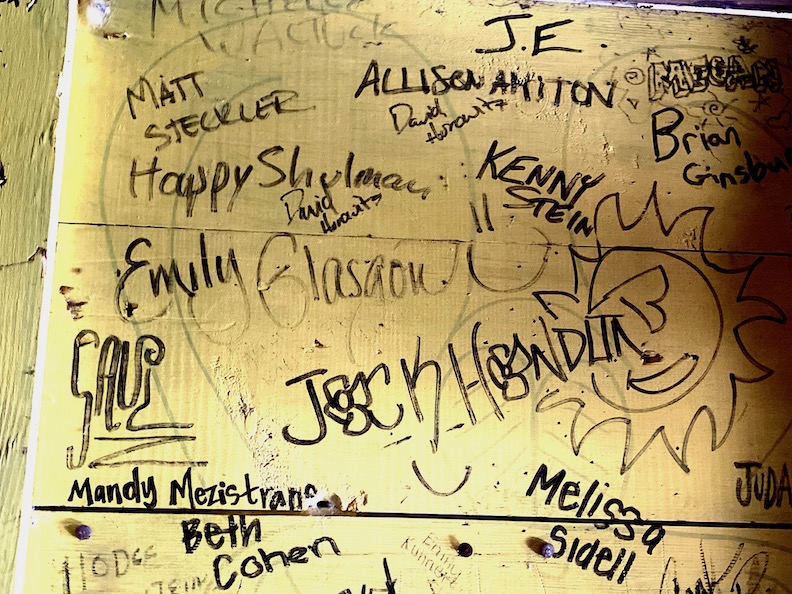 I even found my son’s name written by him on the one remaining cabin. He spent 10 wonderful summers there. 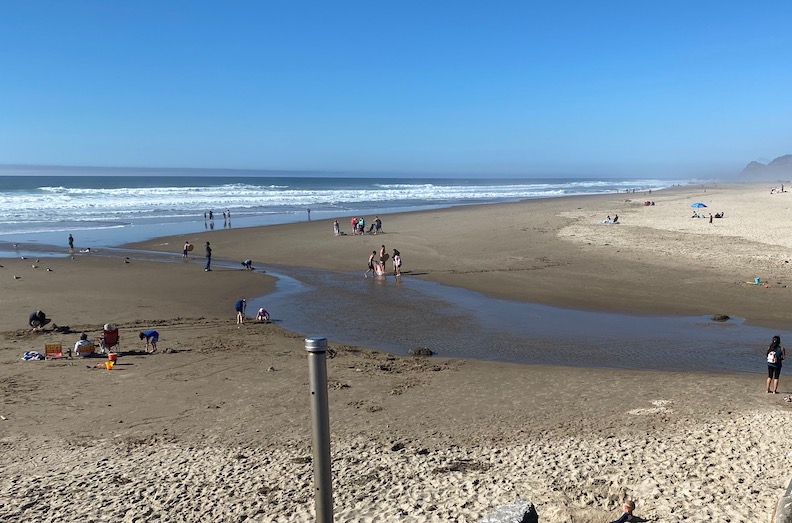 As a kid, I remember being fascinated by the D River in Lincoln City. At 440 feet in length it was in Guinness as the shortest river in the world. Now that is being contested. It is still the shortest in my book.