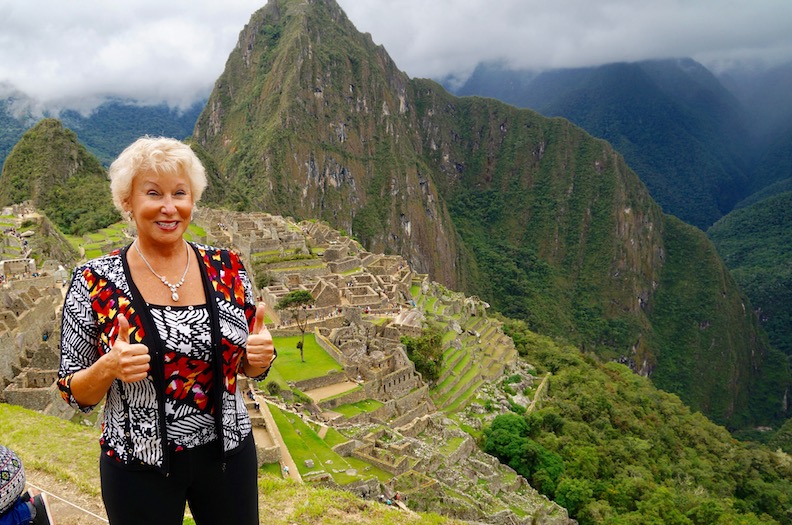 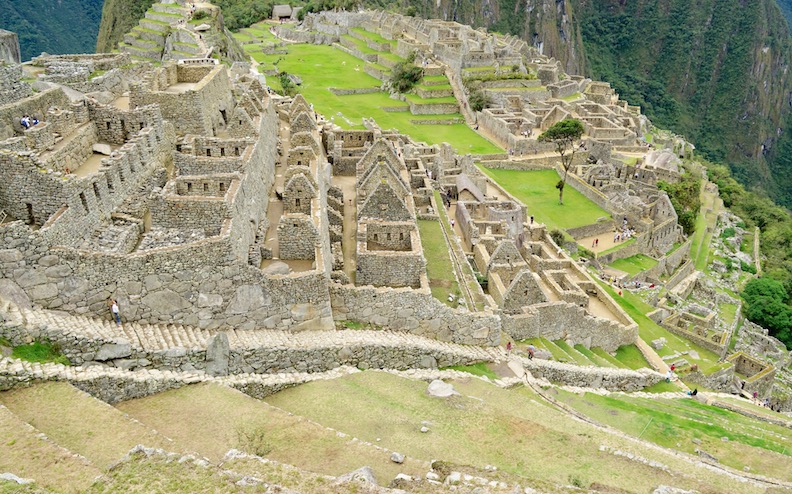 Machu Picchu sits high on the bucket list of most serious world travelers. It is a UNESCO World Heritage Site and in 2007 was voted as one of the New Seven Wonders of the World in a worldwide Internet poll. Well, it is one of the world’s most important archeological sites. 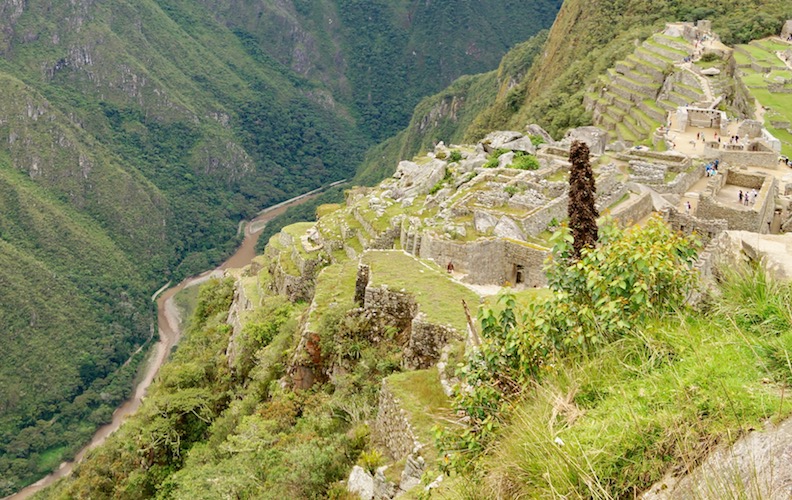 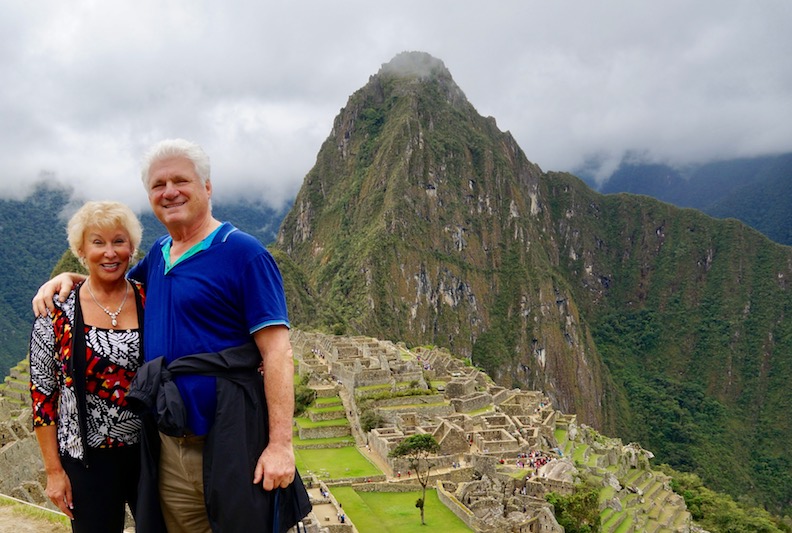 The Incas had no written language, but it seems that it was built as a ceremonial site, or a retreat for ruling elites and scholars. 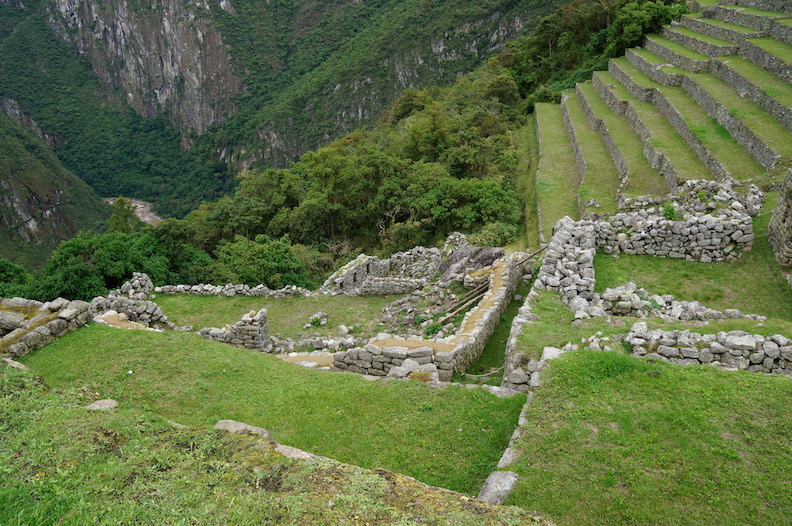 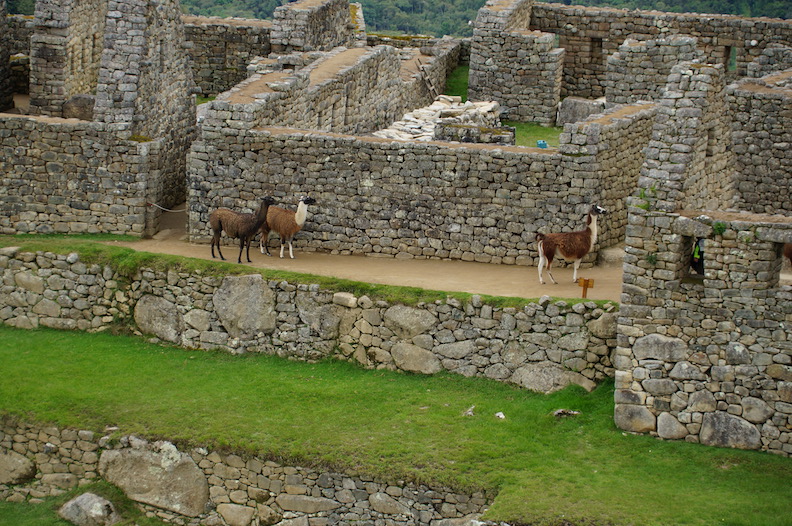 It was built in the mid 1400s and abandoned just about 100 years later. Some speculate the inhabitants died of smallpox thanks to that gift from the Spanish who were conquering the area although they were not at Machu Picchu. 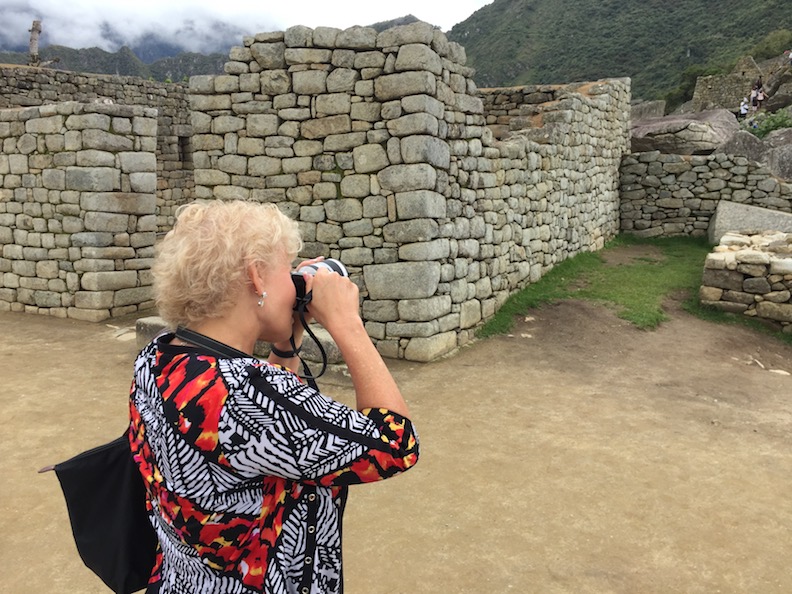 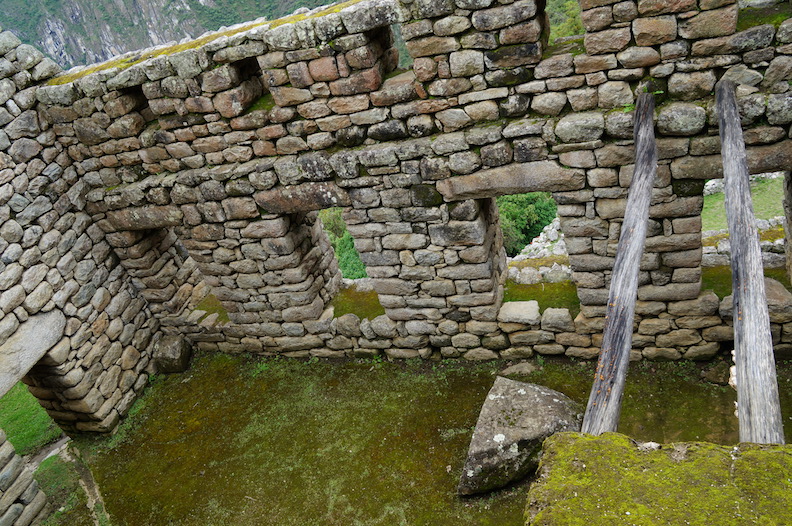 Landscape and engineering skills are quite apparent here. The stones are put together with no mortar yet a knife blade cannot penetrate the space between rocks. 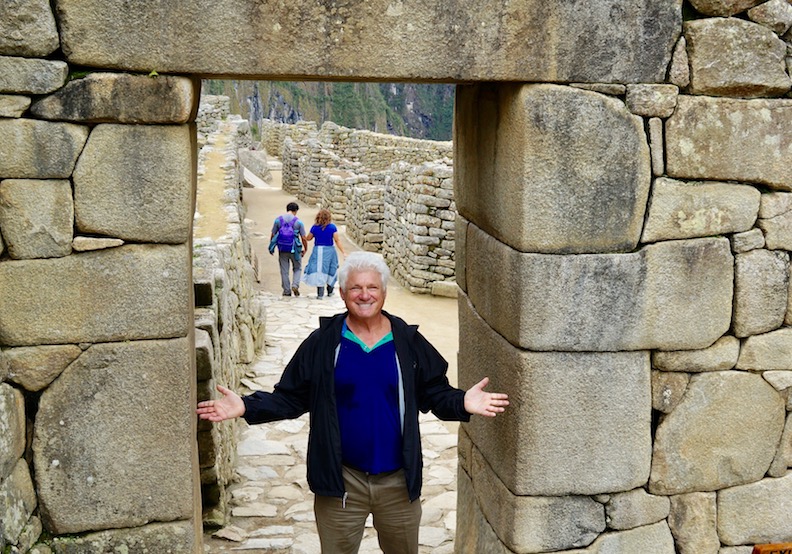 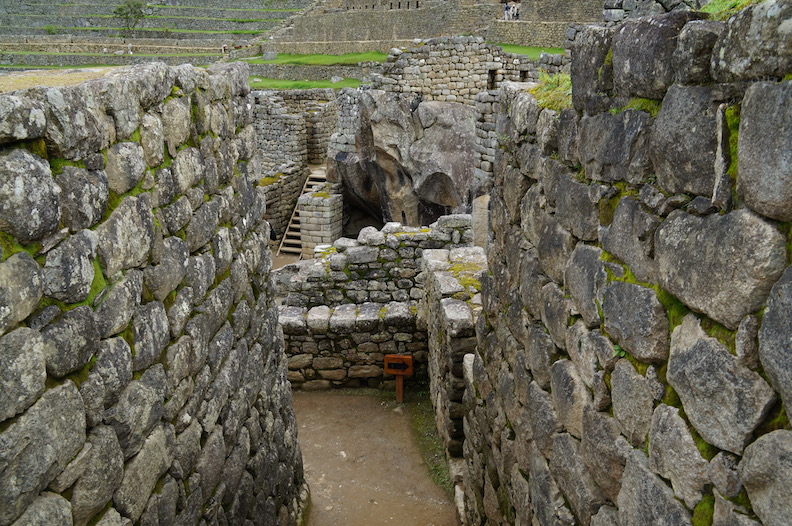 Machu Picchu only housed 700 – 1200 people depending on assumptions of room occupancy. They had no iron, steel or wheels making it quite an accomplishment. 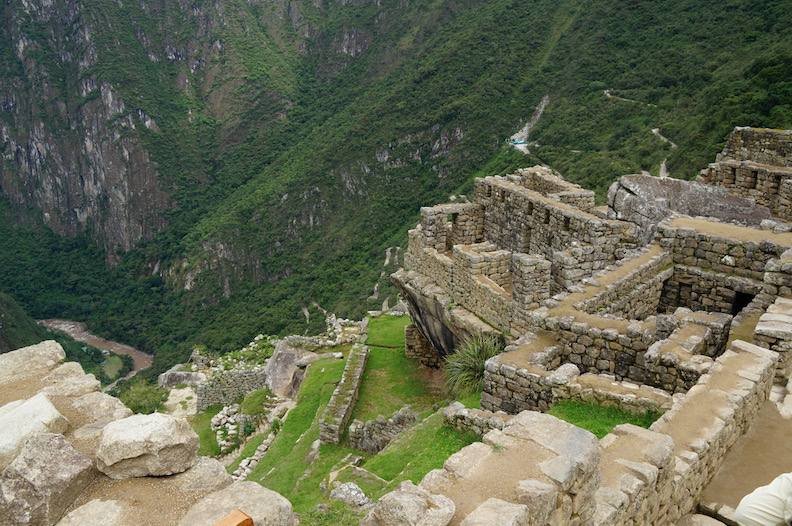 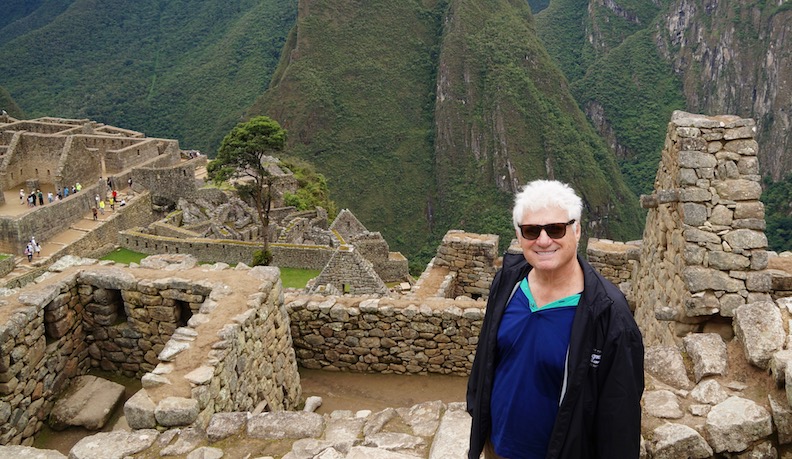 Yale professor Hiram Bingham was the first Westerner to lay eyes on Machu Picchu, yet that was just in 1911.

Peru’s Spanish conquerors never did discover it, which most certainly helped its preservation. 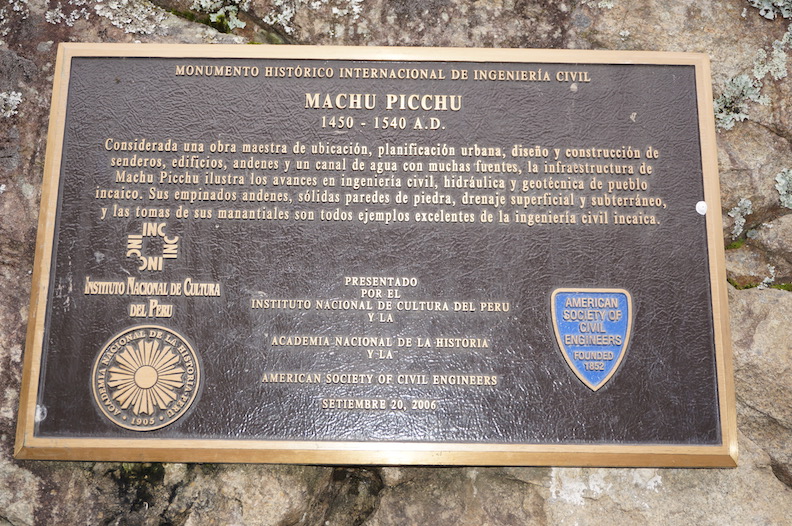 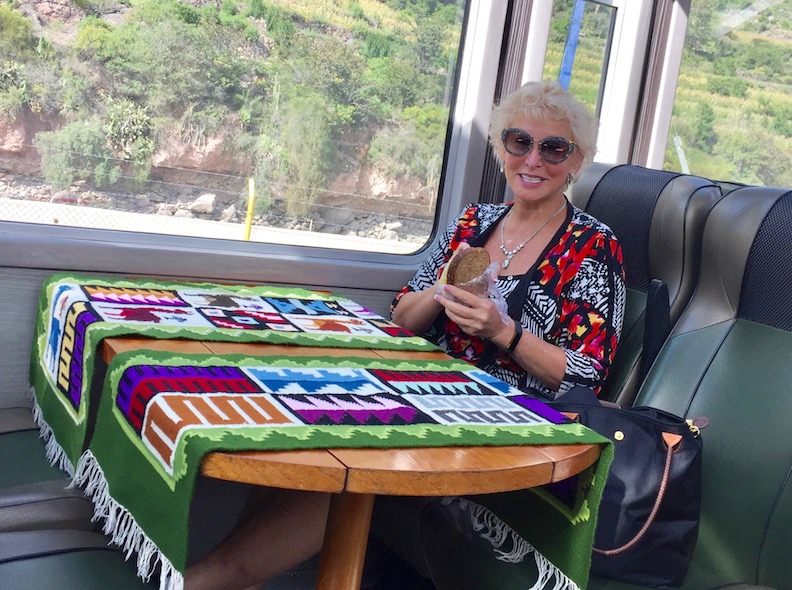 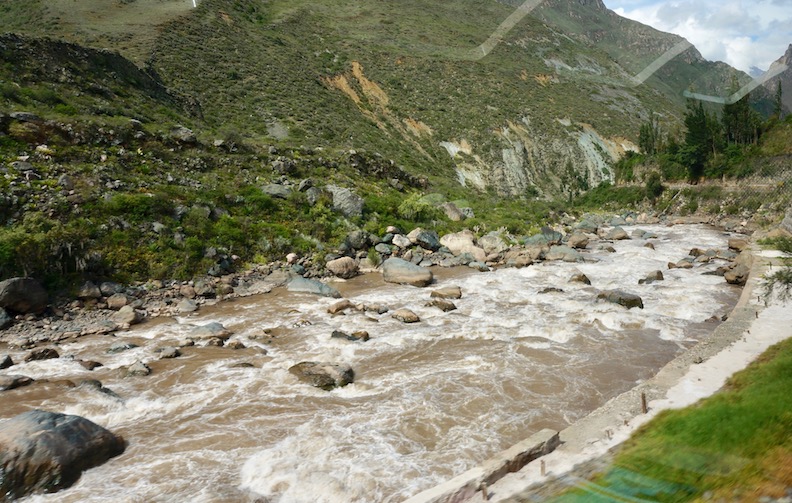 It’s a chore just getting there. However, even that part was filled with amazing scenery along the way. The 8,000-foot altitude alone is enough to debilitate many visitors. Even though Cuzco is the accepted and closest departure point, we had to leave the hotel at 6 AM to take a bus to a train to a bus to get us there at lunch time. 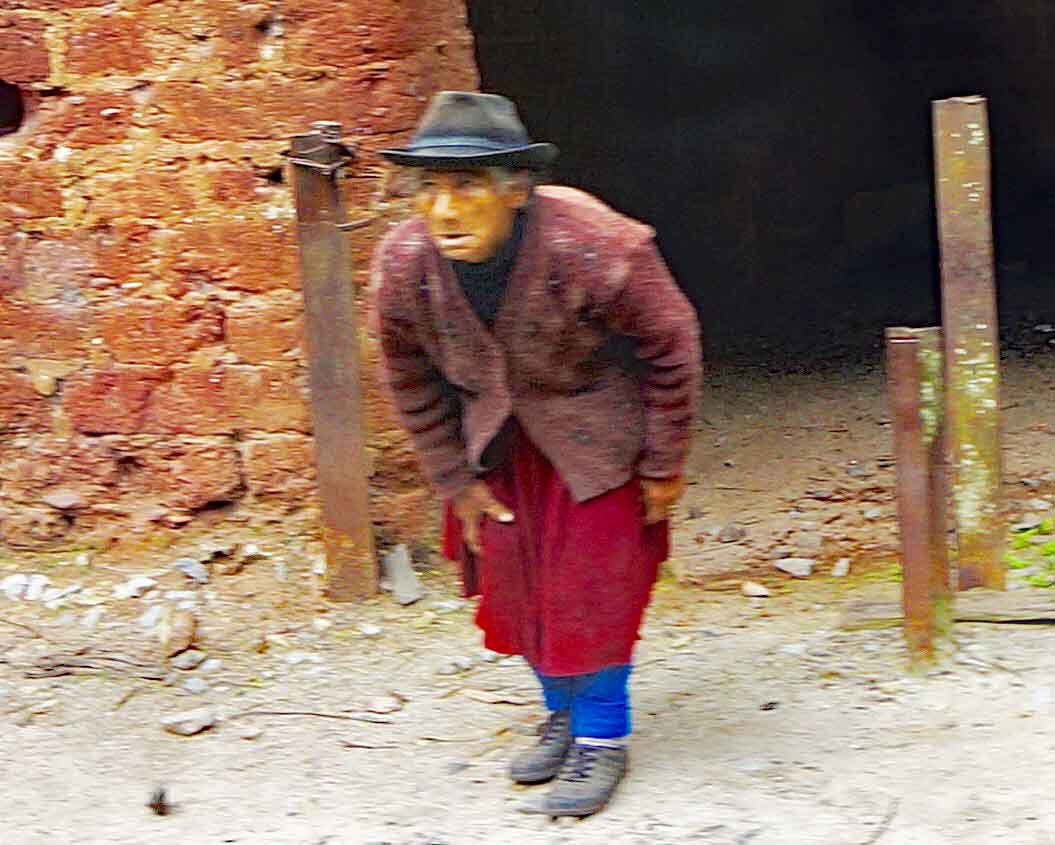 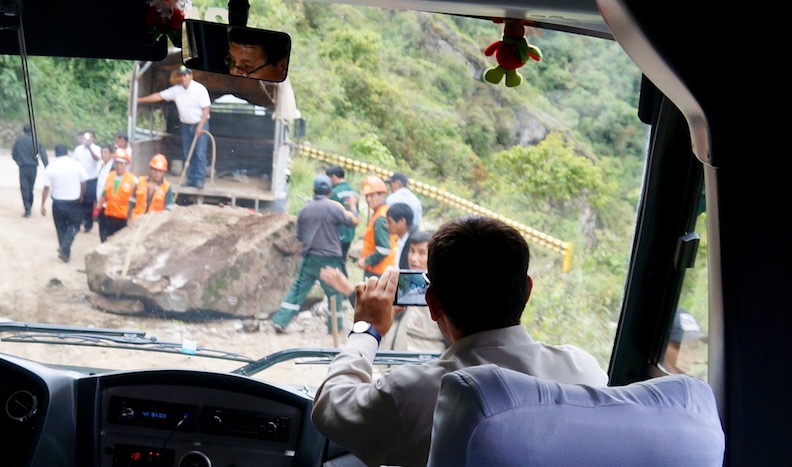 Coming home we finished the tour at 5 to arrive back at the hotel at 10. To add a bit of excitement a giant bolder decided to fall down and block the road for about 45 minutes. 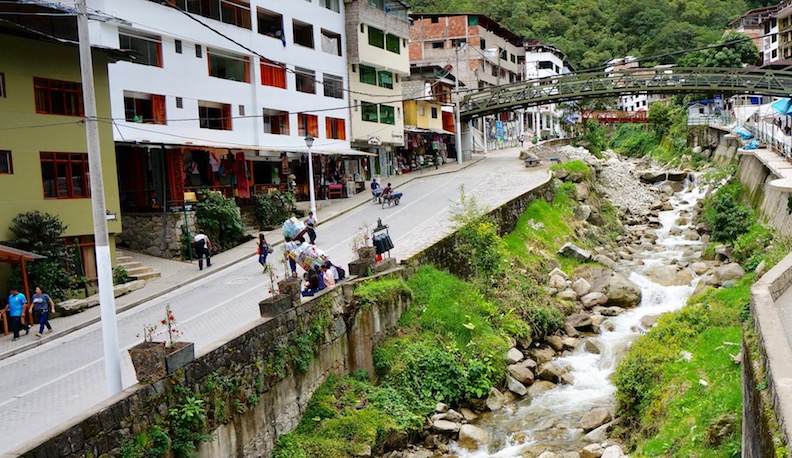 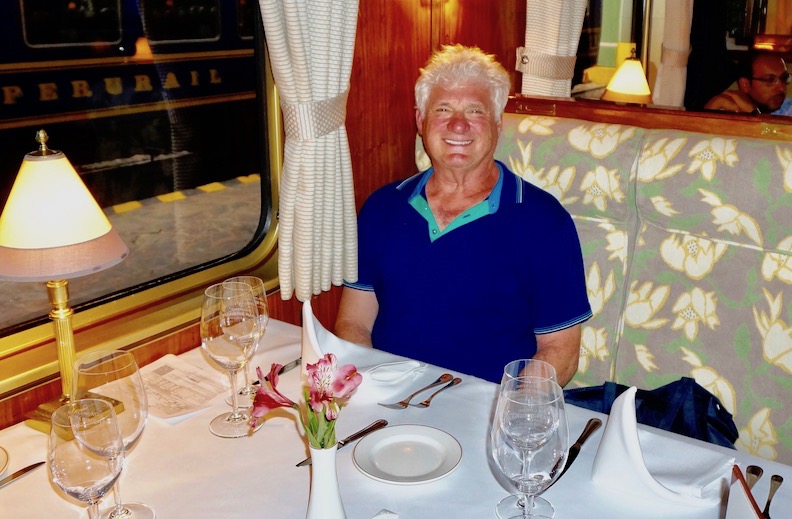 75,000 hikers a year go on the official historical 26-mile Inca trail to get there. Just walking around the site is amazing enough for me. It is quite strenuous. That doesn’t even address the vertigo that comes with the territory. Allyn would like to go back and do the hike. You can assume I won’t be joining her for that.