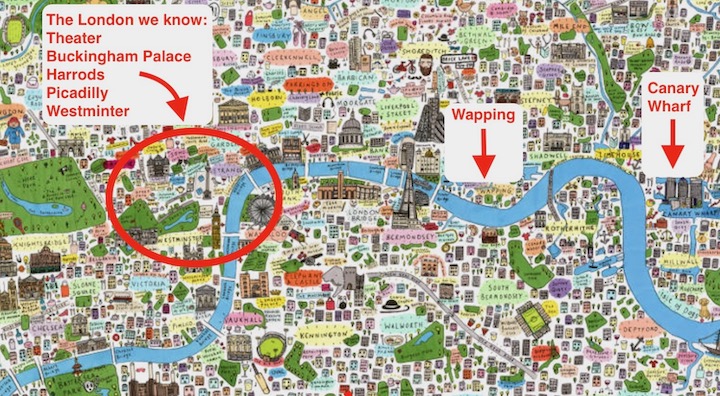 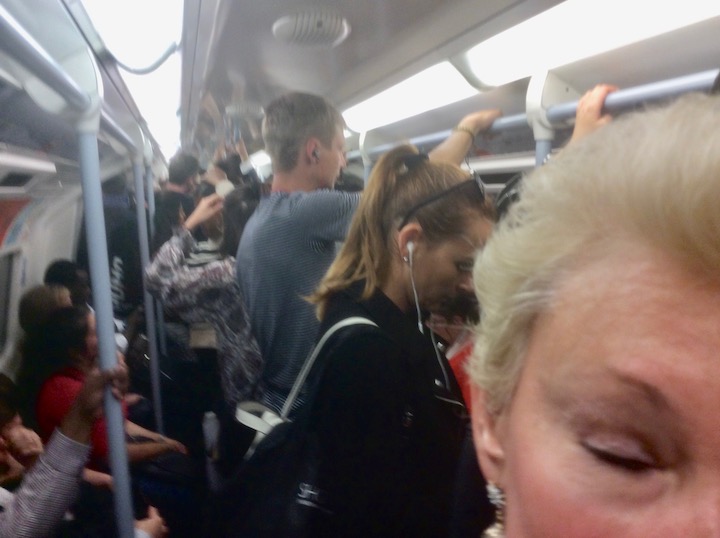 Allyn and I decided to take it easy this final day of this summer’s Europe trip. That meant lots of walking visiting old places and new, just using the London underground for transportation, having a deluxe massage and finding a new wonderful dinner house.
The circled part of the map shows the London most tourists (including us) think of and visit when here. It’s not unlike thinking of New York as Fifth Avenue, Broadway, Museum mile, Central Park, some Wall Street, and combining the Whitehouse, Congress, Smithsonian, and some major monuments from Washington. 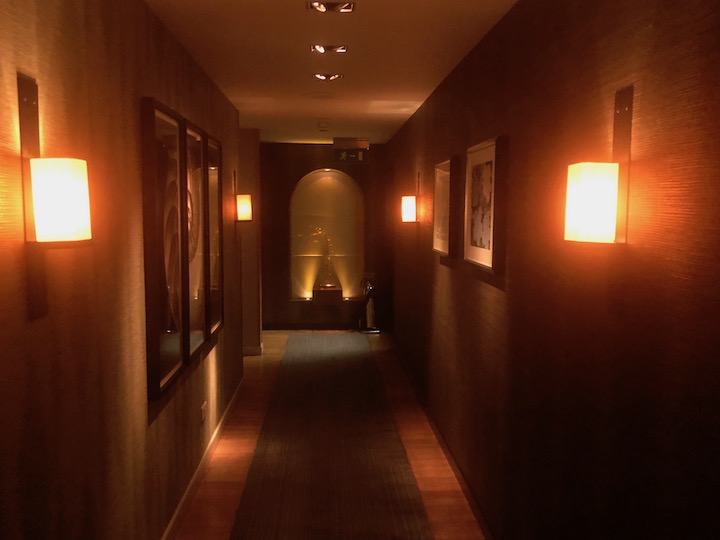 We decided to head to Canary Wharf and started with a massage that got the day off quite nicely. 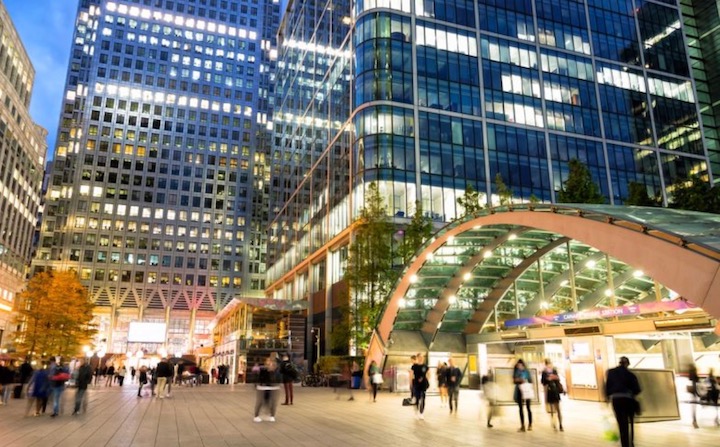 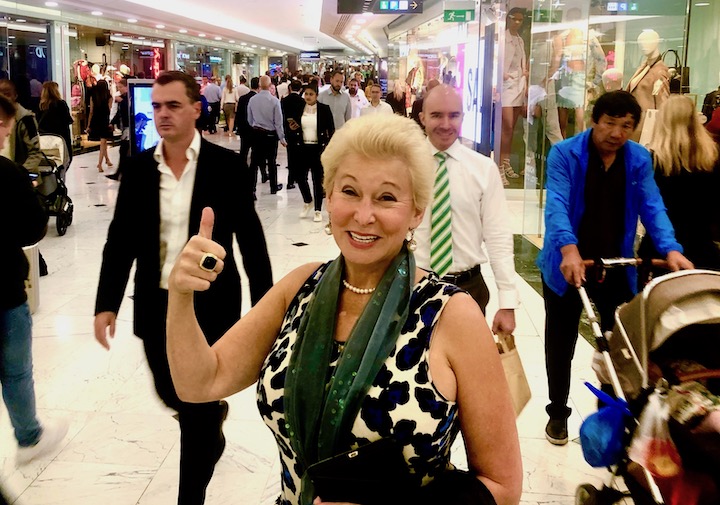 From 1802 to the late 1980s Canary Wharf was one of the busiest ports in the world. During their last 20 years business declined until all the docks were closed by 1980.
Subsequently after a couple shaky starts it has become one of UK’s huge financial centers with over 14 million feet of office space. That is a bunch. With that comes beautiful shopping malls, restaurants and even wonderful outdoor spaces and artsy things.
Canary Wharf factoids –
It housed London’s tallest building (now second tallest).
The subway station is so big that that building could fit in it lying down.
Average income here is over $120,000 annually.
The name comes from the fact that an important dock here received major shipments from the Canary Islands.
Coincidentally Canary Wharf is located on the Isle of Dogs and the Canary Islands are actually named after a Latin word derived from dogs because there were so many dogs there.
We headed back to Mayfair and walked the entirety of Old Bond Street. 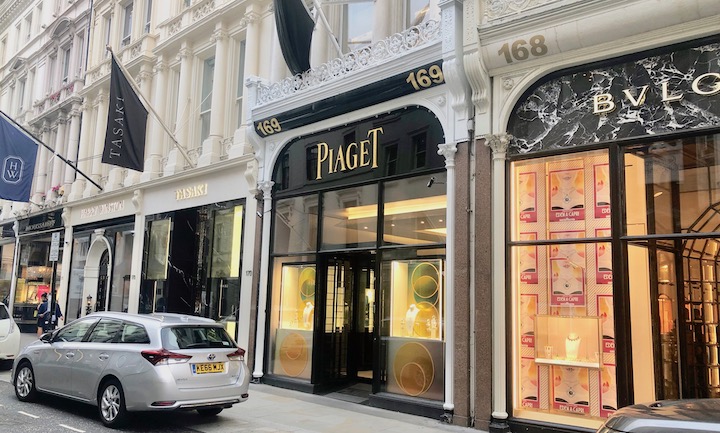 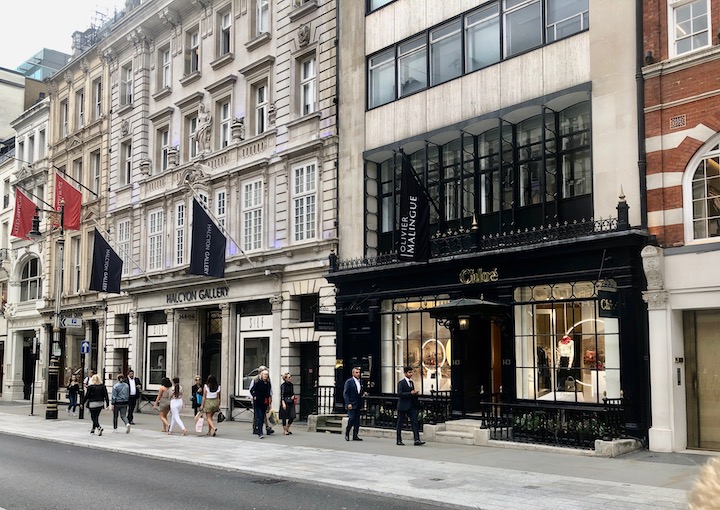 It is as elegant as ever. 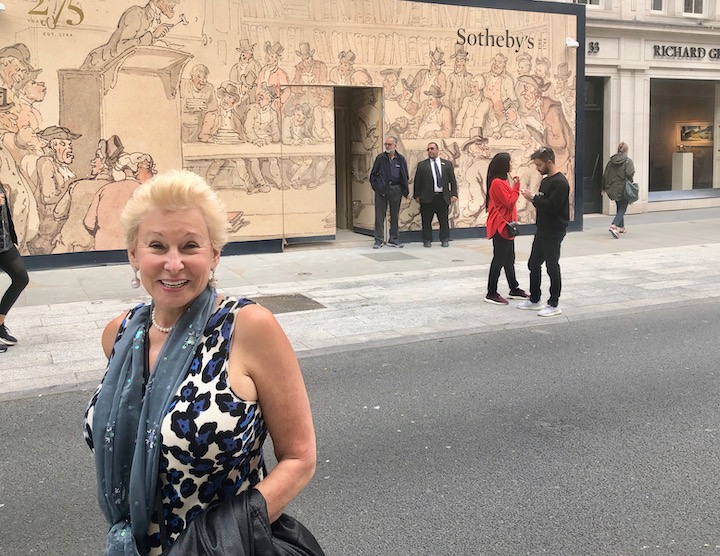 There are some facelifts going on. 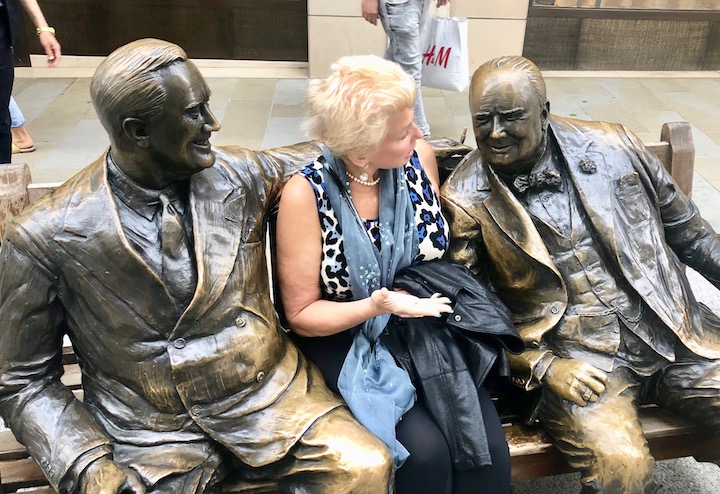 Allyn stopped to visit with Roosevelt and Churchill. 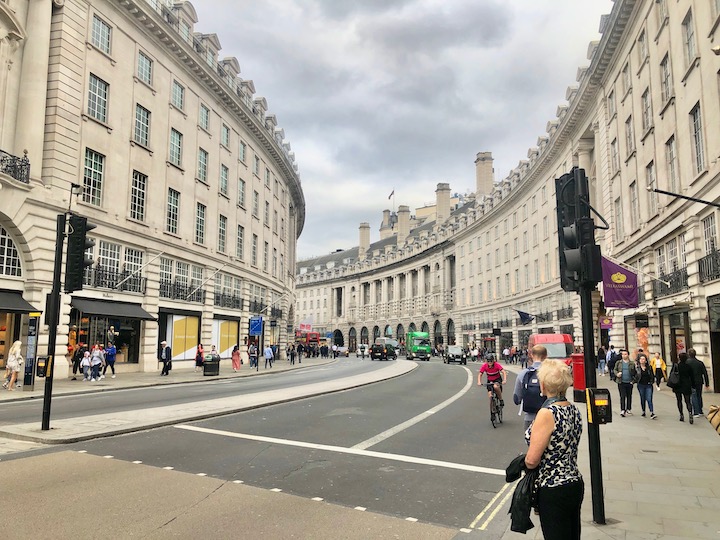 And we even had time to stroll Regent Street. 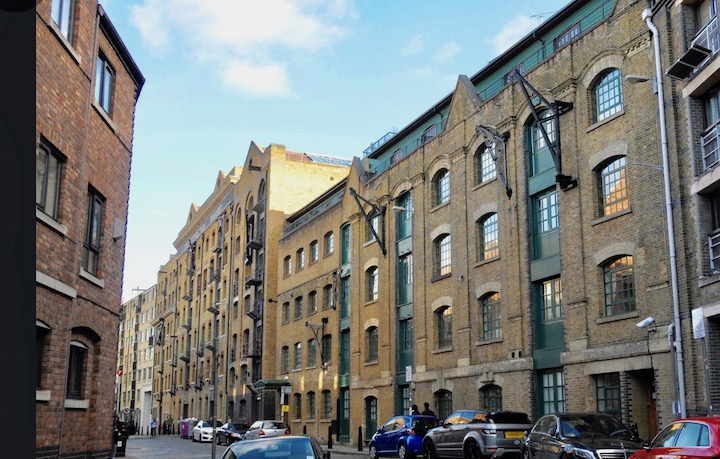 Yesterday I searched for an elegant fish restaurant in a new (for us) neighborhood, I wanted to finish our trip with something really special for Allyn. I found Smith’s (and crossed my fingers) in Wapping, an area I had never heard of.
This is what we looked at during our 10 minute walk from the subway station to dinner. I was a bit apprehensive.
As the London Docklands deteriorated, so did this area with their big warehouses left empty. During the 1980s the warehouses started to be converted into luxury flats.
Now it is a quiet lovely neighborhood mainly populated by young professions and some notables such as Helen Mirren and Cher. 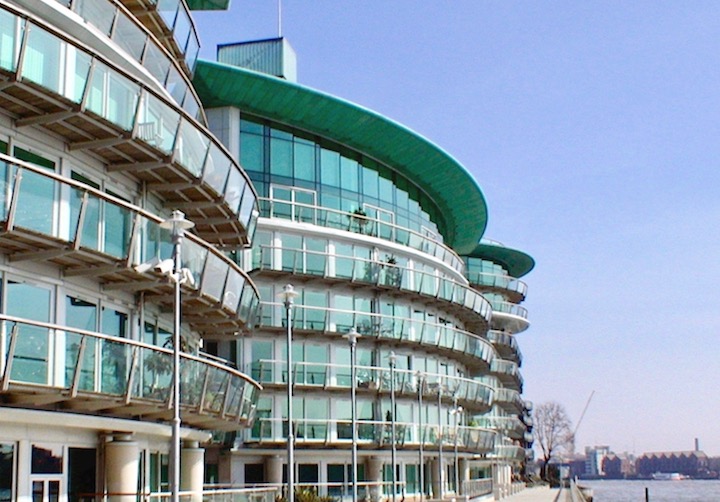 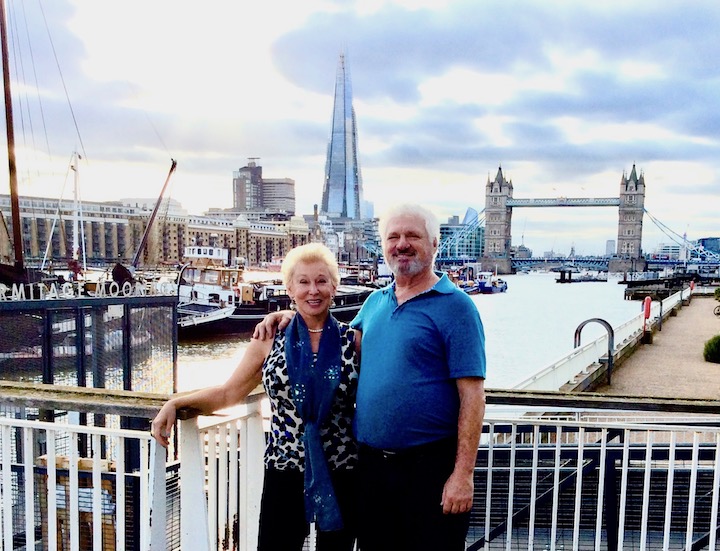 We walked into the beautiful restaurant and there was the Tower bridge right out the window. Wow were we surprised to see the water side after walking out on the restaurant terrace. 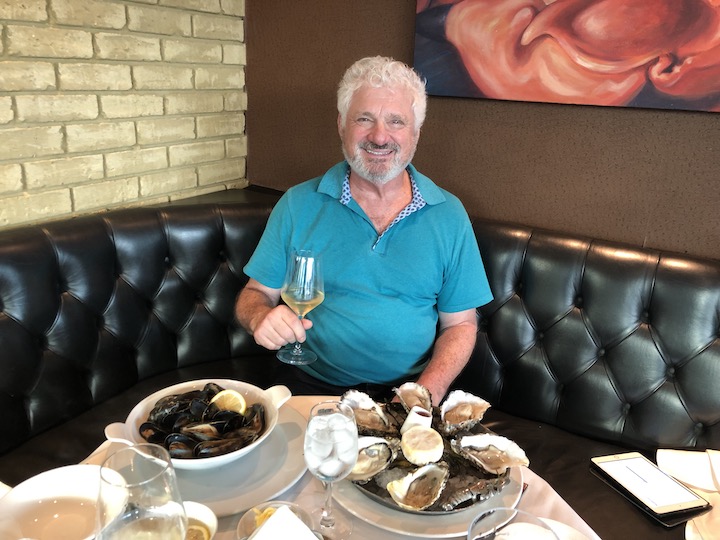 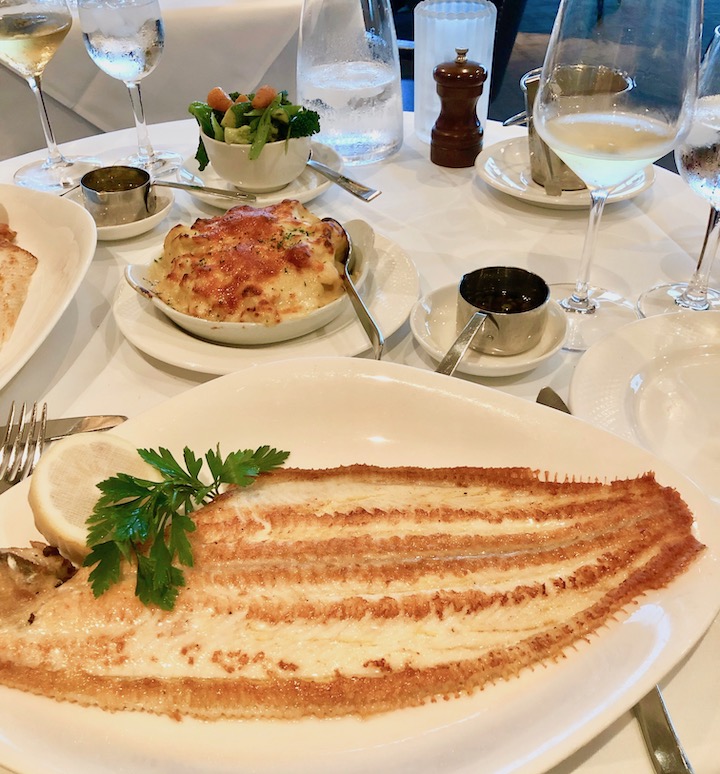 The service and food at Smith’s was as good as the ambiance. Recognizing we were Americans they filled the water pitcher with ice automatically. Nice touch.
As usual, deluxe Dover sole in London is way better than at home.
To top the meal off, owner Mr. Greg Molen came over and chatted us up a while and even bought us a couple drinks. He said that he likes to make out of towners feel at home in his establishment. 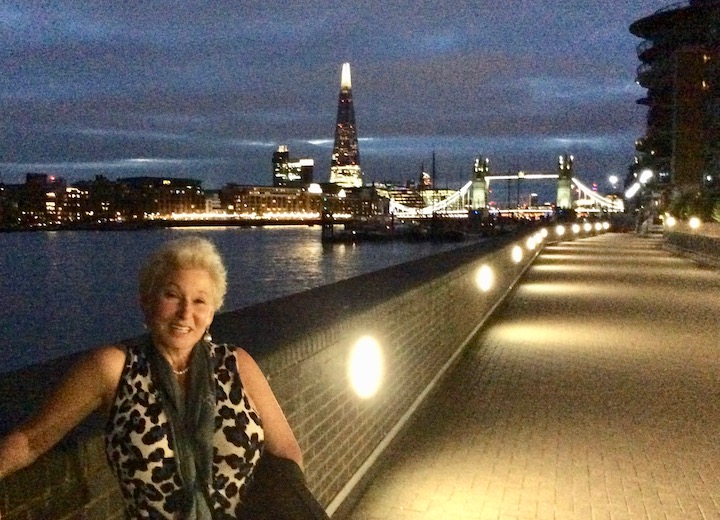 We had to check out the view again after finishing dinner.
The building in the background is the Shard, which is now the tallest building in the UK. During our last trip to London we stayed there at the Shangri-La. https://www.jetsetway.com/entries/london-england-uk-2018 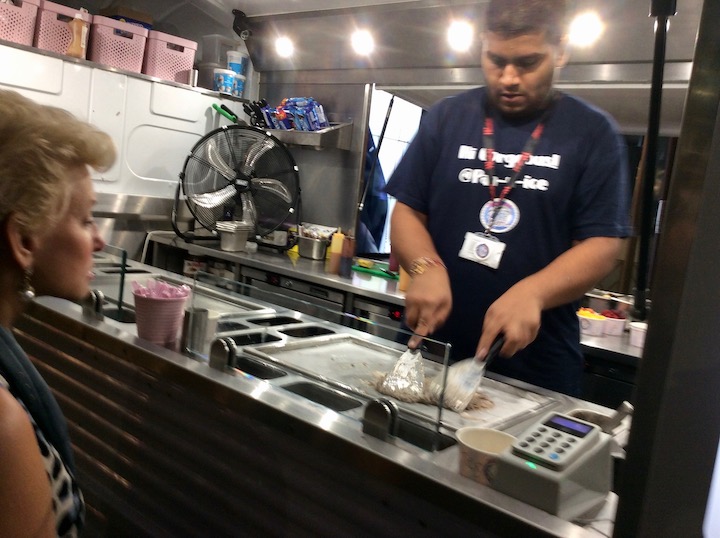 We finished the day, and the trip, with an  ice cream handmade right in front of us.