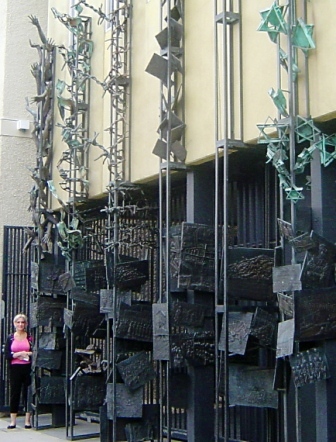 The Jewish community in Australia is relatively new. The first Jews that arrived there were convicts from England, similar to many other immigrants. Australia was open to Jews during the War, and was then settled by many Holocaust survivors.

There are 100,000 – 120,000 Jews in Australia, some living in Melbourne and most of the rest in Sydney. Melbourne has a particularly active community with over ten Jewish day schools and thirty Congregations.

Both Sydney and Melbourne have outstanding Jewish museums that merit visiting.

In Sydney, it is basically a Holocaust museum which is particularly moving in that the guides tend to be Survivors who are willing to share their stories.

Melbourne’s museum, technically the Jewish Museum of Australia, is about typical Jewish life and traditions.

I was surprised to see it was so basic in its presentation although it is extremely well presented. It turns out that most of its visitors are not Jewish. It is a great learning experierience for those who want to learn about our traditions.

Separate and distinct, they have an extremely well done Holocaust Centre.