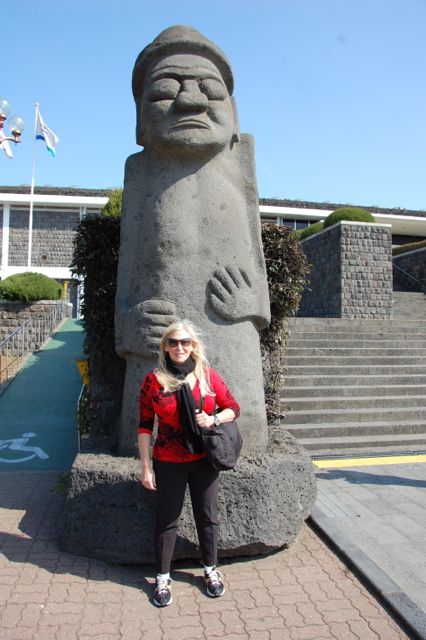 Jeju Island is a popular vacation spot for Koreans and foreigners, especially honeymooners.

These Dol hareubangy statues, made of porous volcanic rock, are ubiquitous here. There is some mushroom theory of their origin, but with all the honeymooners they are mainly a tourist item sold for fertility luck. (You can probably catch the phallic symbolness.)

The island was created entirely from volcanic eruptions approximately 2 million years ago.

Here we are in front of dragon rock. (You can figure why it is so named.) 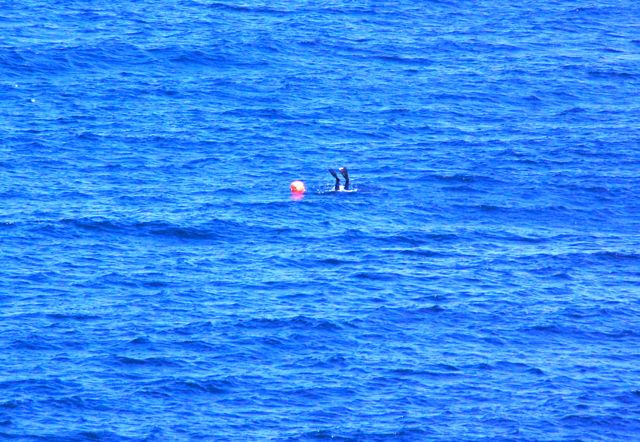 See the fins next to the orange ball. That would be a woman diving for seafood. They dominate the seafood gathering business as they can stand the cold water and stay under for two minutes without scuba gear.

Since they often are the breadwinners they hold a strong position in this often-matriarchal society. 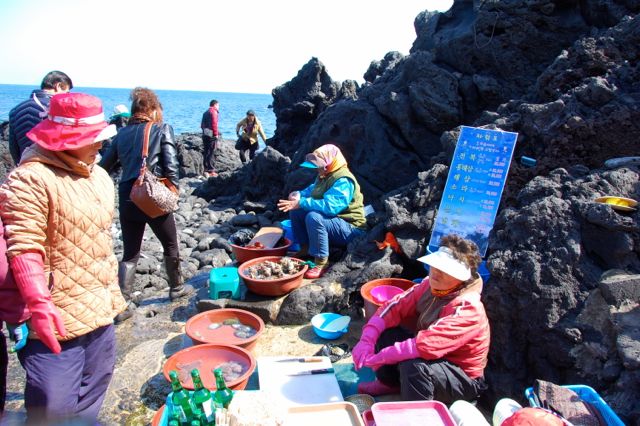 These other women are cleaning the seafood right on the spot and selling it (raw) right there for tourist consumption.