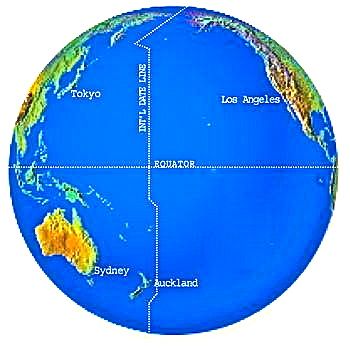 Tonight we cross the International Date Line – an imaginary line through the Pacific Ocean roughly corresponding to 180° longitude, to the east of which, by international agreement, the calendar date is one day earlier than to the west.

The concept of an international date line is first mentioned in a 12th century Talmudic commentary.

Magellan had a voyage (1519 – 1522) that circumnavigated the world and returned off a day. It made such a ruckus that the Pope got involved. I guess that they hadn’t read the Talmud.