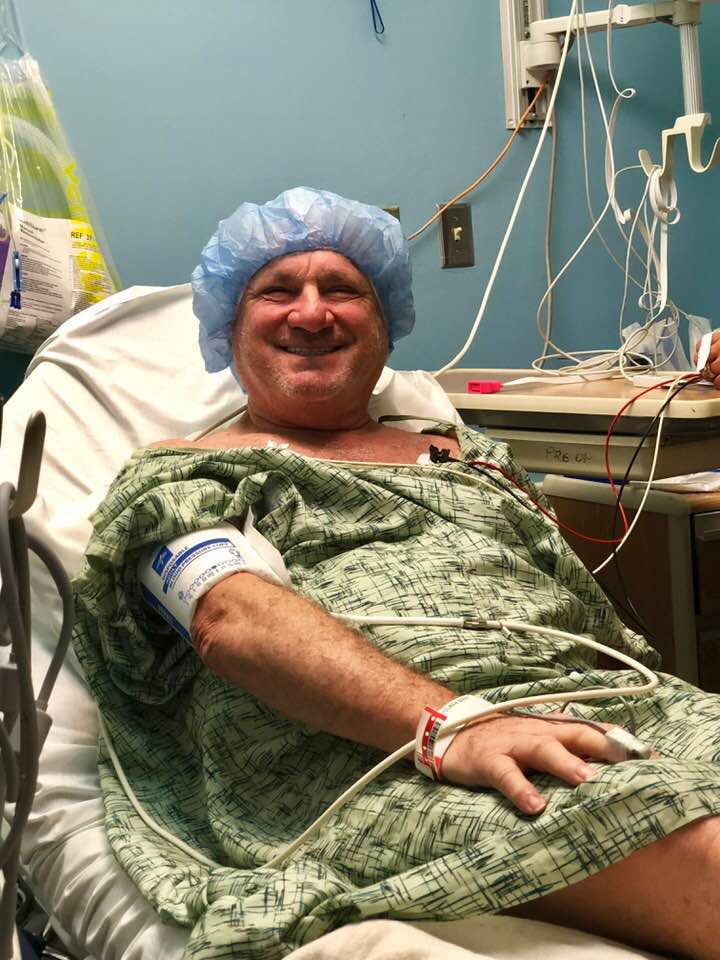 I’ve been quite fortunate through the years as I don’t recall spending even one overnight in a hospital. What a surreal experience it was. They did so many things wrong, inappropriate, inefficient and ineffective that I was shocked as a patient and just shaking my head as a businessman. Yet when I left, I felt so good about the people involved!  At least I can say that Included in all the errors was NOT putting wrong drugs in my IV.
It all started when we were told to show up at 5:30am on at least three different occasions but at the last minute I received yet another call CONFIRMING we would be there at 5:00am. Okay, little did I know how typical this type foul up happens around there. I still don’t know what was right, but we showed up at 4:55am and they weren’t even open. The operation was at 7:00am and it does take over an hour to prepare – especially since we had to fill out so many forms.
For the record, I have no problem that several nurses and the anesthesiologist, himself, asked numerous times if I had allergies and confirmed what medications I am on.  I am a big fan of the double check.
It didn’t seem like a big deal being there so early because I was under the impression I was going to be sleeping most of the day. Wrong.  I had no sleep whatsoever after waking up from surgery.
Also, I know in our world, that each doctor, the hospital, the other staff and seemingly every other person around needs me to sign a release saying something along the lines that if they kill me that I am OK with that. Maybe they should have had me sign those releases earlier with many of the other forms. I was a bit anxious already. It was not a shocker to see that my blood pressure was high when they checked my vitals.
The pre-op people were just fine. They wheeled me into surgery precisely at 7:00 and I felt like a head of state. There must have been 10 – 12 people in the surgery room and each had jobs to do just to take care of me. It was very comforting. About three hours I was out of it and at 10:15am.  I woke up in post –op and was informed everything went perfectly.
The doctor called Allyn as scheduled and spoke positively and in-depth about the operation. He said I needed some recovery time, as per usual, in the post-op and then they would take me to my room where the nurses would call her when I was no longer out of it and in my room.
Then the problems started. They had no rooms quite yet. An hour later, they still had no rooms. This reminded me of trying to check into a hotel. I figured we had a real problem when they wheeled in a regular hospital bed to get me off of the tiny uncomfortable gurney. Then they allowed Allyn to come in to post op even though visitors are usually not permitted there. It wouldn’t have been too bad except another recovering patient was speaking inappropriately and yelling about his catheter and his penis and invading my audible space. I am not sure if the nurses even asked him to try to keep it down.
Bottom line- we waited over 6 hours for a room while every half hour a more senior staff member would come in and apologize and then shrug their shoulders.
At 3pm they agreed to get me a sandwich because I had not had a bite since dinner, the previous day. We had to remind them twice and still no food came. Finally, when I was rolled into my room about 4:15pm, I immediately told the nurse that I needed my sandwich that had been ordered. She wanted to start the process all over to get permission for me to eat, to check my diet, allergies, the doctor notes etc. It took another 30 minutes before a dry white bread sandwich arrived.
Speaking of food, all three meals were totally wrong (and terrible as anticipated). The protocol if you are not on a special diet is like room service but at a specific time. Never once did I receive close to what was ordered, although each time they changed it and apologized. 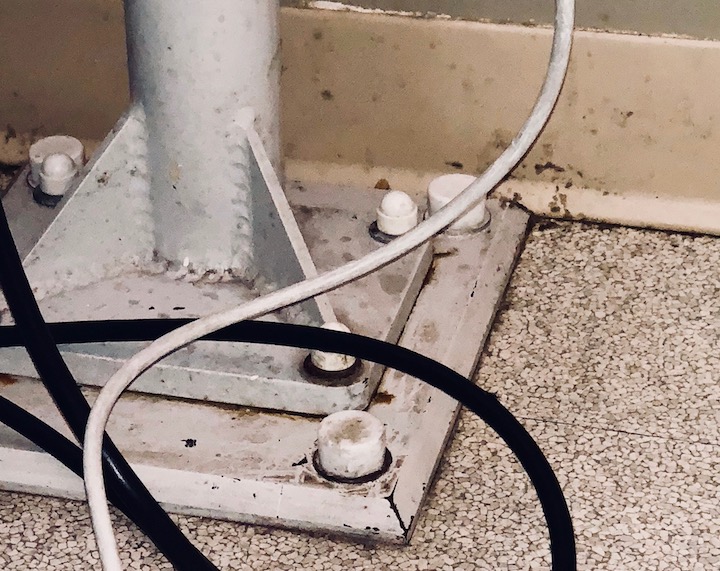 Earlier when Allyn had arrived, she pulled up a chair and let out a gasp saying the floor and machines are filthy. She looks around and the entire place is disgustingly filthy. That was shocking.
They made a huge deal of getting help walking to the toilet which was just four steps away even though I was not drugged up. OK I rang for and requested the nurse. 5 minutes later I rang again. Then finally on the third ring, she showed up. She was quick to inform me that she had other patients to attend to. Boy was I glad it wasn’t an emergency.
She said an assistant next door would be right in and handle the 4 step walk. It must have been below her pay grade. Nobody showed yet again. I called again and finally the assistant came in and said no one told him. I said I would be maybe one minute.  He said to pull the cord when finished and he would be right in.  I’m not kidding when I tell you that 3 calls and 15 minutes later, I just walked back to my bed.
Later when I asked the nurse about the delay in helping me back, she said she saw the helper was busy so she didn’t bother to tell him and just went on her way.
During the night, there is absolutely no concept of sleep. When they aren’t doing rounds, they are taking blood pressure, temperature, checking oxygen and pulse. Other times they are giving meds. I’m sure there is a good reason why they have different staff work on the roommate, but it seems like they stagger everything to maximize lack of sleep for both of us. I loved not having a private room – N O T!
The thing that was most offensive though was that in the middle of the night the staff had no problem chatting right out in the hall about both business and personal items.
If you stand way back it is easier to see that my problems were aggravating and not life threatening. I’m sure the operating room was totally sterile and probably if I had a real emergency and could say HELP then my roommate would have intervened. And I can get some sleep this week.
In the morning, Allyn and I worked with occupational therapy three times for quite a while. Of course, there was the hospital’s normal miscommunication as to the hours. Occupational therapy is how to do things like bathe and put a shirt on. The give several things to do during the 6 weeks the sling is on (part 3). We worked with four different ladies and they were all terrific.
During the off times in the morning I had a veritable line of senior staff, nurses, and administrators visit to hear first-hand about the problems. The word was out. They all seemed legitimately concerned and plan on taking action. Several took photos of the dirtiness and showed personal disgust.
We walked out feeling the operation was a big success. Clearly the hospital system is a mess, but it is the best we have. Just don’t expect sleep or rest and bring an advocate with you (like Allyn) who doesn’t allow them to accidentally kill you.