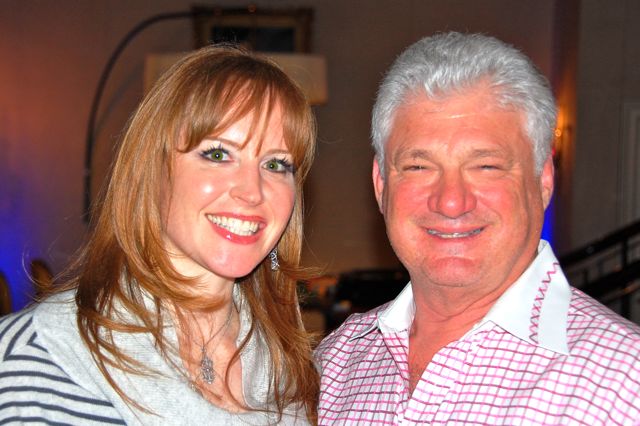 We met up with Heather Sue at dinner last night at Crockfords. Besides being drop dead gorgeous, she has an amazing story.

Heather Sue quietly entered the poker scene recreationally just a few years ago, and has already performed well at the highest levels. In April, with just a couple tables left, she was right in first or second place when somebody tried running over her aces pre-flop with 93, and put a very sick beat on her.

With her two sisters, Heather Sue has a very sweet business (pun intended). She makes what might be the best chocolate cookies in the world, and has a dessert café in New York City. They have over 100 flavors if you can imagine. Give yourself a treat and order some here.

I’m not sure why they make cookies. I guess it’s for fun. Both of her sisters graduated from Stanford, both have subsequent advanced degrees, and one is a lawyer to top it off.

Heather Sue is the family slacker. She has an economics degree from Duke. I knew I liked her when she laughed when I asked her if it was in home economics. Boy, did Allyn give me a dirty look.

In case the name has a vague recollection to you, she was quite famous in the 90s. She was the all-state place kicker from New York who was to be the first woman on a Division 1 football team. Then, Duke chickened out, and she sued them (and won).

Trivia – Their website refers to the owners as The Mercer Girls. Part of our Seattle history is that 150 years ago a Seattle gentleman, Asa Mercer, went to Massachusetts twice and brought back a group of ladies (because Seattle was out of gender balance). Those were the original Mercer Girls.